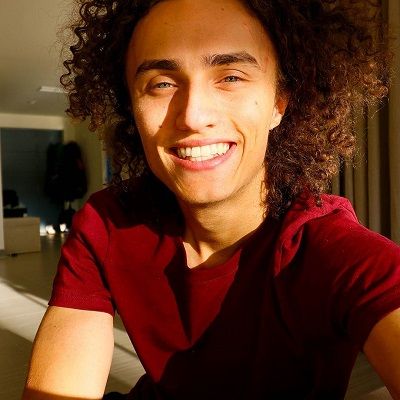 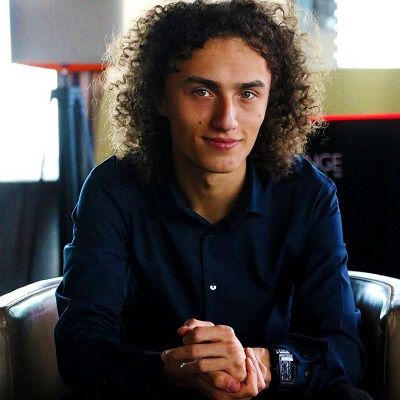 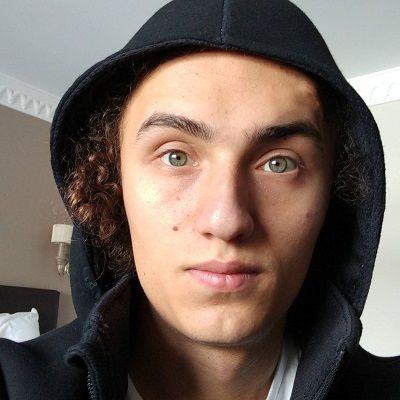 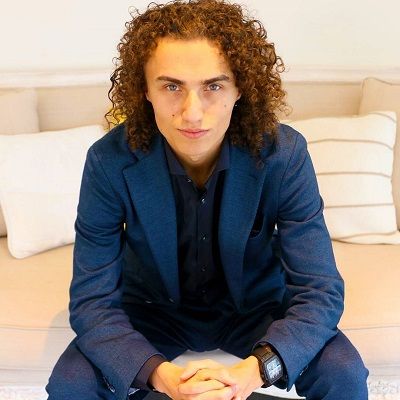 Kwebbelkop is a Dutch YouTuber known for his gaming videos featuring Grand Theft Auto 5. Kwebbelkop has gained a huge number of followers and has earned many Play Buttons.

Kwebbelkop isn’t the name given by his parents. His birth name is Jordi Van Den Bussche. He was born on June 1, 1995, in Amsterdam, Netherlands. As of now, he is 25 years old and his zodiac sign is Geminin. He possesses a Dutch nationality. He has an elder sister named Lauren and his mother’s name is Brigittela. Moreover, his mom is called KwebbelMom and she does occasional vlogs on his Channel called Momvlogs. His favorite color is Orange.

When he was two years old, his parents divorced. His sister has been his pillar of strength all along, and has stood by him through difficult times. He loves and respects her deeply. His parents’ separation made him stay a couple of days with his father and most of the time with his mother.

He also loved bicycling; when he was seven, he had an accident while cycling which left an indelible scar on his head forever. He loves spending time with his sister and his friends when not making videos. He also loves gadgets, especially those pertaining to gaming. 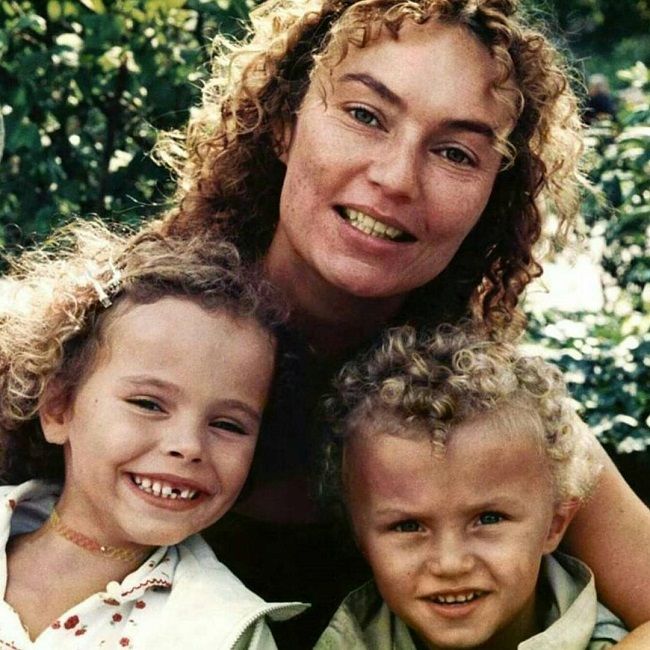 His mother remarried, but the marriage was a failure as his mom and step-father would keep drinking and fighting. Jordi hated being at either of his parents’ houses, as his father was abusive and mother, a drunkard. Finally, after several years his mother found that her husband was cheating on her and she divorced Jordi’s step-father and mended her ways. Therefore, his father continued to tell both Jordi and his sister, that they were good for nothing. Thus, both siblings decided that they would become very successful and won’t let anyone put them down in life.

Further, Jordi completed his high school, as he knew education was important but decided to discontinue college and focus on YouTube. His mother initially wasn’t supportive of his decision, until she herself saw how many subscribers he had. Thus, his life finally fell into place.

Kwebbelkop created his channel in 2008 when he used to mainly watch videos, and later he uploaded his first video of the ‘Call of Duty’ gameplay in 2011. However, after a couple of months he stopped uploading videos, this was because the new computer that he had saved up for, had been delivered with malfunctioning parts and so he took time to set up his new computer.

Finally in 2012, he once again began uploading videos, but this time daily. Overnight, some of his videos went viral and people started subscribing in huge numbers. From that time the channel was mainly about Minecraft and lots of different ‘Call Of Duty: Black Ops 2 series’.

Once there was even a Prank Call Video. On his 18th birthday, June 1, 2013, he achieved 10,000 subscribers. Around this time he also graduated and started doing YouTube Full-Time. In February 2017, he posted a YouTube video “RIP DAD” revealing that his father had passed away from a brain problem.

His channel also features videos of games such as Happy Wheels, Minecraft, Assassin’s Creed, The Legend of Zelda, Skyrim, and many more. Moreover, his friend Jelle Van Vucht is often featured on his channel. He calls his fans “KOPS”.

Releasing ‘Grand Theft Auto V’ in September 2013, he started focusing only on this series. For almost a year he rarely made a video from any other game. GTA V actually gave him the perfect fan base for the future.

Following the success of similar Call of Duty: Black Ops 2 series, one of the first GTA 5 creations was ‘GTA V Myths’, which was he creating in cooperation with Swedish YouTuber Hazardous.

In 2013, he, his friend Jelle van Vucht (a.k.a. Jelly), and Australian YouTuber Kodi Brown And he’s not really mentioned friend BJK BraJaaKrew created a YT team called Robust. The team played Grand Theft Auto Online races together. A few months later, ~Kodi [email protected]@ was replaced with British YouTuber Slogo and his little brother Swagglicious. Like how Kodi Brown was replaced with Josh, he was replaced with Crainer.

Except for the videos with Robust Team, he has also been doing certain solo series from GTA 5. The most known series is probably Hit a Stunt, where Jordi attempts to perform amazing stunts across the GTA 5 world and also plays with his friends Jelly, Slogoman, and _SABER. Furthermore, he made a game named Impossible Runner!, which was released on February 13, 2018, for Steam, iOS, and Android.

As a child, Kwebbelkop had to endure plenty of bullying and ridicule from classmates and teachers. He took special classes, which helped him in academics. He worked hard and was able to pass high school with decent grades. Thus, he fought all obstacles and rose to the top.

His motto in life is to never give up and to keep trying until you achieve your goal. With his perseverance, he has set a staunch example for others. He has paved the way for children with differences to believe in themselves and live their dreams. Though he has seen rough times, he has left them all behind and has embraced life with optimism.

This young YouTuber dated fellow gamer Azzyland in 2016, but the two broke up in 2020. The duo often used to feature each other in their respective YouTube channels as well as in their other social media accounts. Around the 29th of February (yearly), he officially announced the break up he had on Twitter and announced a few days later that he’s moving back to Amsterdam and possibly record videos with Robust along with Crainer.

Moreover, Kwebbelkop was in a relationship with Jamie in the past. Not much is known about Jamie. She was featured in Kwebbelkop’s earlier videos. They got separated in 2016 and their breakup was confirmed by Kwebbelkop in a video titled “I BROKE UP WITH MY GIRLFRIEND” on his YouTube channel. However, he is having a great time and is focusing on his career at the moment. 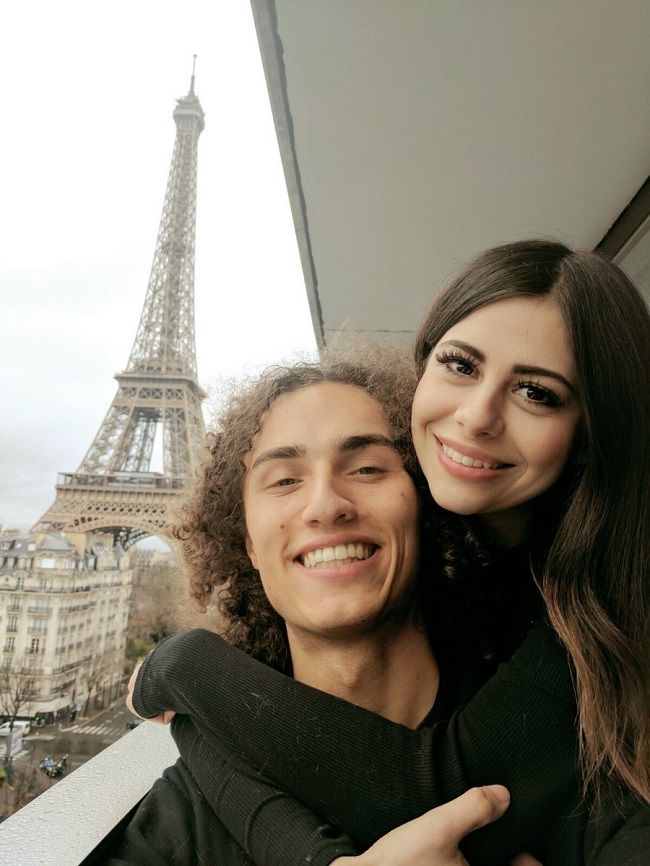 Kwebbelkop has an amazing personality. He stands the height of 6 feet 1 inch tall and weighs around 66 Kgs. He has two distinct moles on the two sides of his cheeks. Moreover, he has neck-length brown curly hair and has a pair of hazel eyes. Moreover, Jordi has got a lean body frame.

His Instagram account has crossed over 1.1 million followers. Kwebbelkop is also active on Twitter with more than 387K followers. His official YouTube channel has earned over 293K followers. Similarly, Jordi has amassed over 12.8 million subscribers on his main YouTube channel ‘Kwebbelkop’. Moreover, for business inquires, you can mail him in, [email protected]