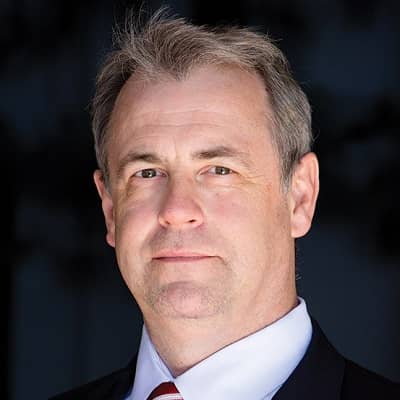 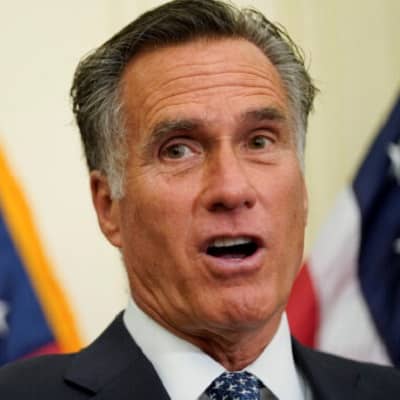 Kurt Schlichter is an author, political columnist, commentator, trial lawyer, and former colonel at the US army from the United States of America. Moreover, Kurt has written two novels titled Indian Country and People’s Republic. He is also the senior columnist at the ‘Townhall.com’ website.

Kurt Schlichter was born in Cincinnati, Ohio on December 24, 1964. Kurt’s zodiac sign is Capricorn and he is currently 56 years old. Besides that, there is no more information regarding Kurt’s ethnicity, parents, siblings, and early childhood life. Looking at Kurt’s success, we can assume that he was well raised by his parents in his hometown. 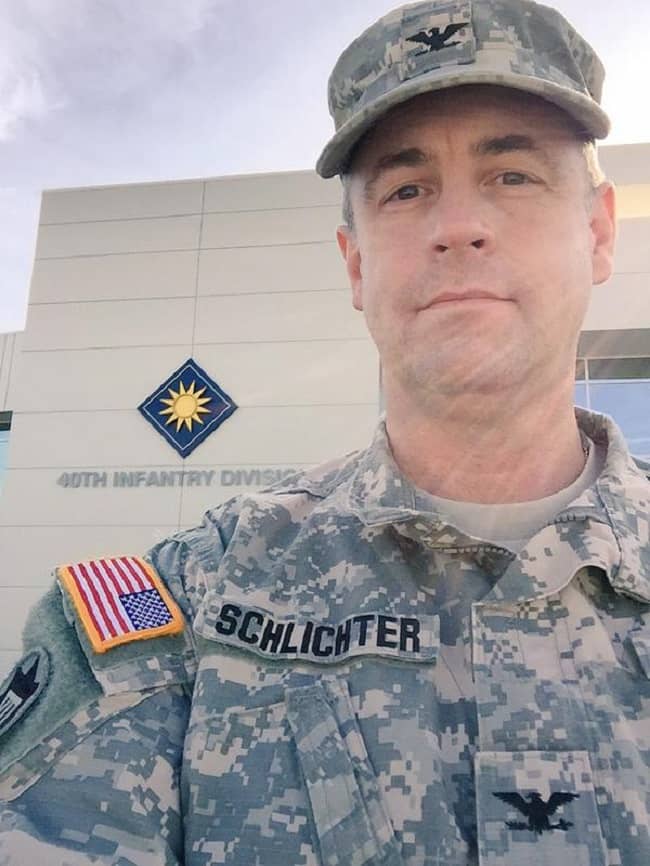 Caption: Kurt Schlichter as Colonel at the US Army National Guard (Source: Twitter)

Kurt received a bachelor’s degree in Arts, Communications, and Political Science from the University of California, San Diego where he studied from 1983 to 1987. Kurt also received Juris Doctor, Law degree from Loyola Law School, Los Angeles where he enrolled from 1991 to 1994. Moreover, Kurt has done a Master’s in Strategic Studies from United States Army War College from 2009 to 2011.

Throughout his career, Kurt worked in different areas. Kurt served as a Colonel at the Army National Guard from December 1987 to January 2015. After his retirement from the army, Kurt worked as a Freelance writer at The New York Post, Business Insider, and The Los Angeles Times. Kurt also worked as a stand-up comic artist and garnered a massive fan following.

He wrote a book titled Political Humor when he started working as a writer. The book became his number one selling book on Amazon. Kurt published some ebooks like ‘I Am a Conservative: Uncensored’, ‘Undiluted and Absolutely Un-PC’, ’50 Shades of Liberal’, and many more. 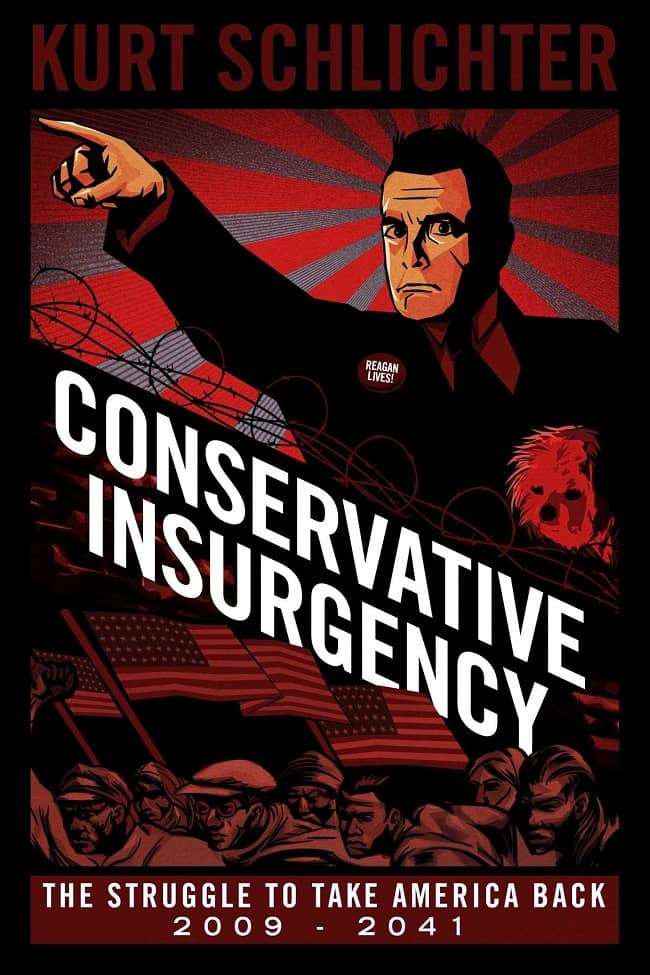 Kurt’s litigation strategy and legal analysis articles are regularly published in publications like The Los Angeles Daily Journal. He also wrote a book titled ‘Conservative Insurgency: The Struggle to Take America Back 2009-2041’ and released it in 2014. Besides that, Kurt also works as a lawyer representing companies and individuals. He worked for the business cases to Hollywood and entertainment industry disputes and transactions.

Additionally, Kurt also writes for the ‘Townhall.com’ website as a Senior Columnist. Besides that, Kurt also does a weekly show on The Rebel for the website. Kurt has also written other books like “Indian Country”, “People’s Republic” and the non-fiction book “Militant Normals”. The book titled “Militant Normals” was released in the year 2018. He also appears on the Company Show and Cam weekly with his commentary.

Kurt also discusses political, military, and legal issues as a guest on nationally syndicated radio programs. He has appeared on various shows like Fox News, Fox Business, HLN, CNN, the Hugh Hewitt Show, the Dennis Miller Show, and many more. Besides that, Kurt is also co-founder of a civil litigation company ‘Schlichter & Shonack, LLP’.

Talking about Kurt’s honors and nominations, he hasn’t won them so far. Moreover, looking at Kurt’s fame and fan following, we can presume that he will win some in the coming years.

Through his multiple business ventures, Kurt must be making a good income. According to sources, the estimated net worth of Kurt is around $2.7 million US dollars. He has written nine books and has been able to make a significant amount of money. Besides that, there is no information about Kurt’s other sources of income.

Kurt Schlichter married a teacher named Irina Moises on April 12, 2003. His wife Irina works as a teacher in Greater Los Angeles Area. From their marriage, they have a daughter named Jackie Schlichter and a son named John Schlichter. Besides that, there is no information about their dating life or when they met. 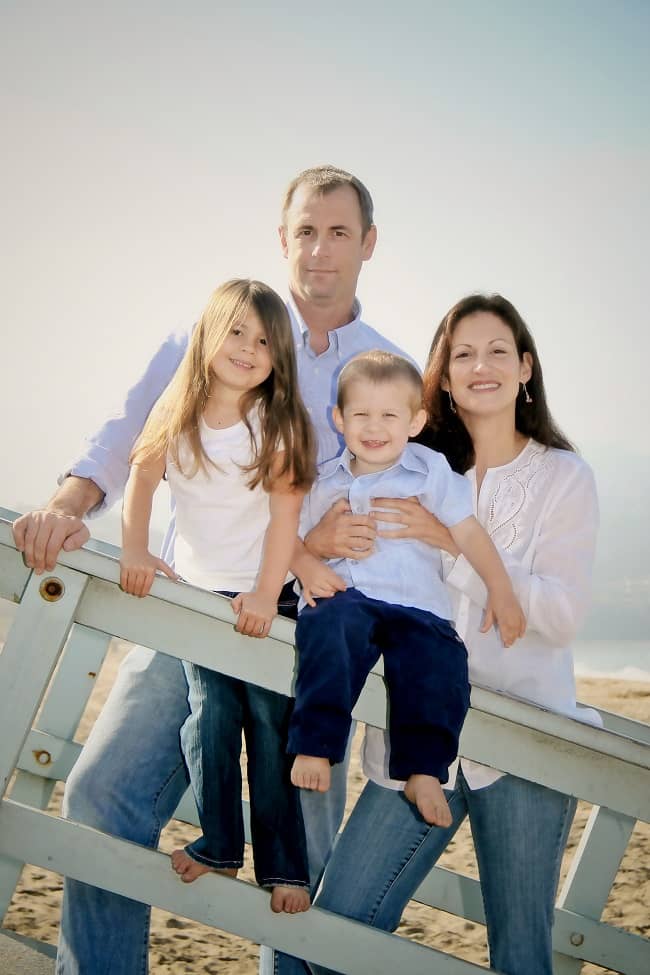 Talking about Kurt’s rumors and controversy, he’s not a part of them until now. Besides that, Kurt is focusing on his personal and professional life. Kurt likes to keep a distance from the rumors and the controversy.