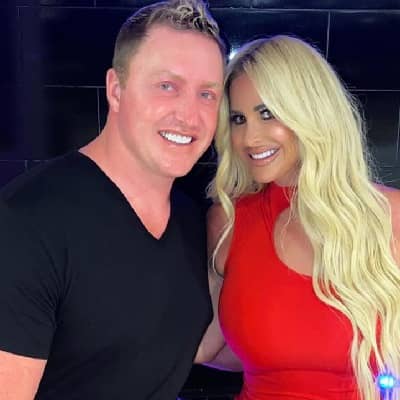 Kroy Biermann is a famous American Football player and a celebrity partner from Hardin, Montana, United States. Kroy Biermann rose to the limelight as the husband of TV star Kim Zolciak.

Kroy Biermann stepped into this world on 12th September 1985 in Hardin, Montana, United States. The 36 years old football player was born into a caucasian family and his zodiac sign is Virgo. His real birth name is Kroy Evan Biermann. He was born into his father Keith Biermann and his mother Kathy Biermann. Moreover, he has two elder sisters in his family, Krista, and Kelsey. From a religious point of view, he is a Christian.

In terms of educational background, he completed his high school in a private school. However, Kroy’s school’s name is not available at the moment. After finishing school, Biermann joined the University of Montana and completed his graduation.

Kroy Biermann was a standout athlete at the University of Montana. He appeared in 52 games for the team, recording 220 tackles and 32 sacks (the second-most in the school history). Similarly, he was the team’s fifth-leading tackler in 2005. The next year, he was named Walter Camp First-Team Small College All-American and First-Team All-Big Sky Conference. Likewise, he was the Big Sky Conference Defensive MVP in 2007.

Moreover, he was drafted in the fifth round of the 2008 NFL Draft by the Atlanta Falcons. Similarly, he recorded his first career sack in a Week 13 matchup against the San Diego Chargers. He score his first NFL touchdown on November 2, 2009, in a night game against the New Orleans Saints.

Likewise, he was offered a new deal by the Atlanta Falcons after leading the Falcons defense during the 2014 season. In 2015, he concluded around 2.5 sacks, 55 tackles, and one forced fumble. Later, he signed a one-year contract with the Buffalo Bills in 2016. Due to final roster cuts, he was dismissed by the squad within a month. He is now a free agent. 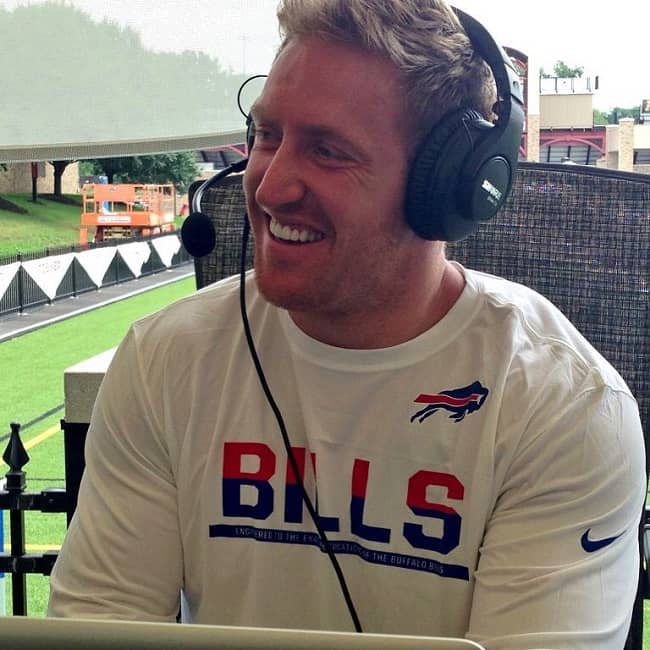 Caption: Kroy Biermann captured for a photo during commentary(Source: Instagram) 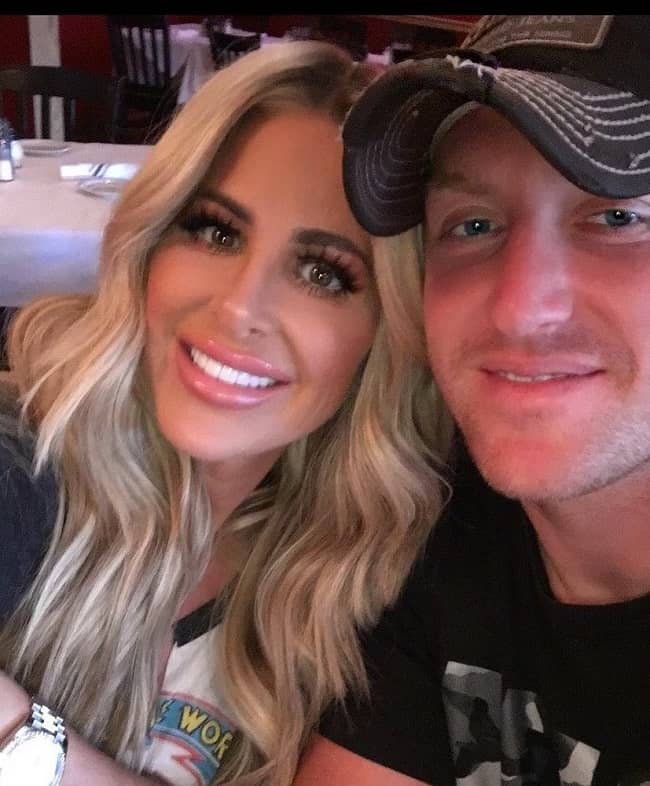 Caption: Kroy Biermann posing for a selfie with his partner(Source: Instagram)

Talking about body measurement, the American footballer has a pretty well-masculine body.  Being an athlete, he is well-concerned about his boy and fitness. Further, he stands at the height of 6 feet and 3 inches and has a body weight of around 80kg. Other than this, there is no information available regarding Biermann’s body size and measurement.

Additionally, Kroy earns a pretty hefty sum of money from his career. however, he has kept his annual income and salary in the media yet. As per the sources, he has an estimated net worth of around $5 million.