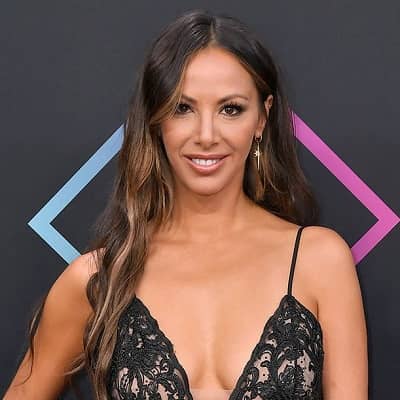 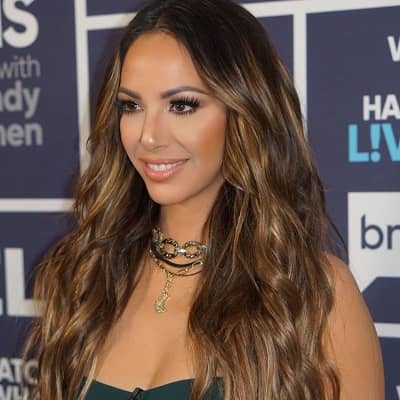 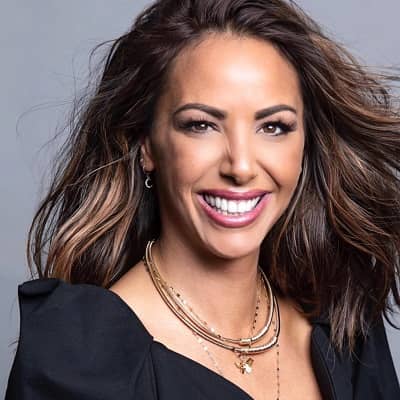 Kristen Doute was born on February 17, 1983, and she is currently 38 years old. Her hometown is Dearborn, Michigan in Metro Detroit, United States, and her zodiac sign is Aquarius. Talking about her family, Kristen is of Lebanese and Irish descent. Her mother’s name is Faye (@fdoute).

Likewise, her siblings are brother Ryan Doute, and sisters Amy Anderson-Eller (@wanderlusting1), and another sister @travelingeverafter. Kristen also has a nephew named Logan Doute, son of her brother Ryan. There is no insight into Kristen’s educational journey. 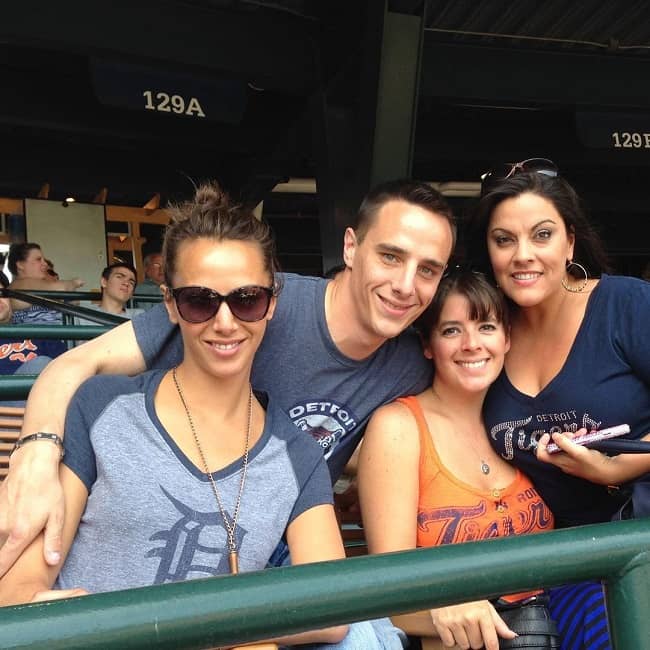 Caption: Kristen Doute posing for a photo with her siblings. Source: Instagram

Professionally, Kristen Doute is a famous TV personality, cloth designer, entrepreneur, actress, as well as author. The multi-talented personality is most popular for appearing in the reality TV series Vanderpump Rules. Kristen started working as a server with the aspiration to be an actress. She initially worked at Lisa Vanderpump’s restaurant “SUR”. It is located in West Hollywood, California.

At this restaurant, Kristen was cast as an original series regular on Vanderpump Rules. This series is a spin-off of The Real Housewives of Beverly Hills. Moreover, this series is about Vanderpump’s employees as it follows their work on building their futures in show business and become entangled in interpersonal drama. 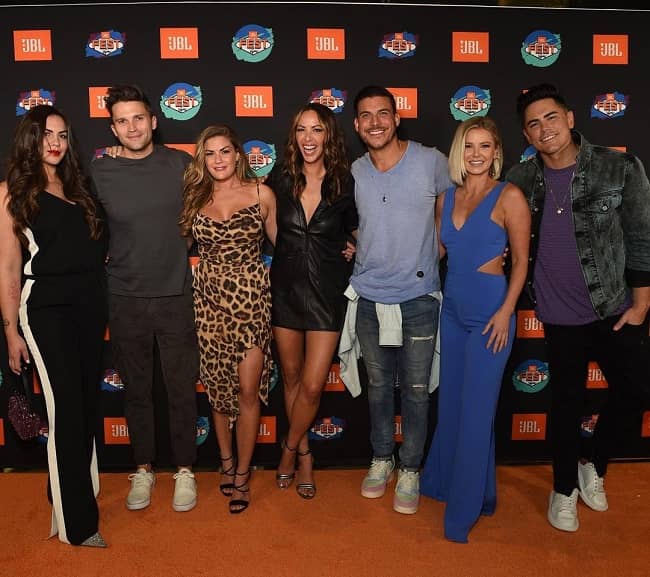 Similarly, on 9 June 2020, there was an announcement that Kristen was not picked up for Vanderpump Rules. This decision was due to the accusations by co-star Faith Stowers. Faith claimed that Kristen and co-star Stassi Schroeder filed a false police report against her for a crime she didn’t commit.

As a writer, Chicago Review Press announced on 21 October 2019 that it would be publishing Kristen Doute’s 1st humorous autobiographical guide to relationships book on 2 June 2020. This book is called He’s Making You Crazy. Likewise, this book is a collaboration between Kristen and Michele Alexander. Michele is the co-author of How To Lose A Guy in 10 Days. Kristen actually talked about her work on the book in 2016.

Likewise, as an entrepreneur, Kristen launched a clothing line in 2014. She named her clothing line “James Mae”. Kristen actually named it after her nephew and niece. Further, Kristen’s clothing line features graphic tees and sweatshirts for both men and women.

Also, these clothes had classic and vintage rock and roll designs. Kristen relaunched “James Mae” in 2019. This time, it was with her business partner Magen Mattox. They still maintained a vintage rock aesthetic look. This time, the two expanded the product line. 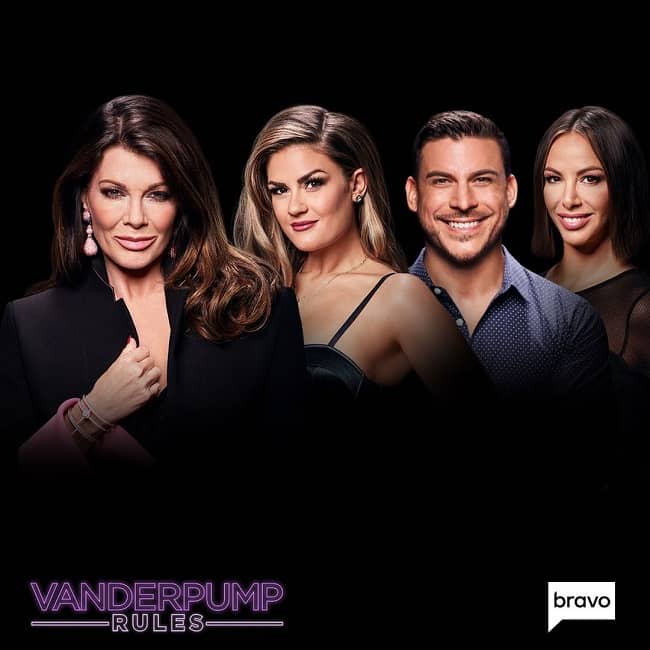 Moreover, in February 2019, Kristen worked together with her Vanderpump Rules co-stars and launched a pinot grigio wine called “Basic Witch Potion No. 1”. Her co-stars were Schroeder and Katie Maloney-Schwartz. They actually launched this in partnership with “Nocking Point Wines”. It is actor Stephen Amell’s company. The co-stars collaborated with the actor’s company once again for a rosé called “Basic Witch Potion No. 2”. They launched it in June 2019.

Kristen Doute is in a romantic relationship with Alex Menache (@menache2society). The two made their relationship public via Instagram in May 2020. Kristen initially shared a selfie of cuddling with her lover. Previously, Kristen was dating photographer Brian Carter. She met Brian through the dating app Bumble in the year 2015 and broke up in January 2020. 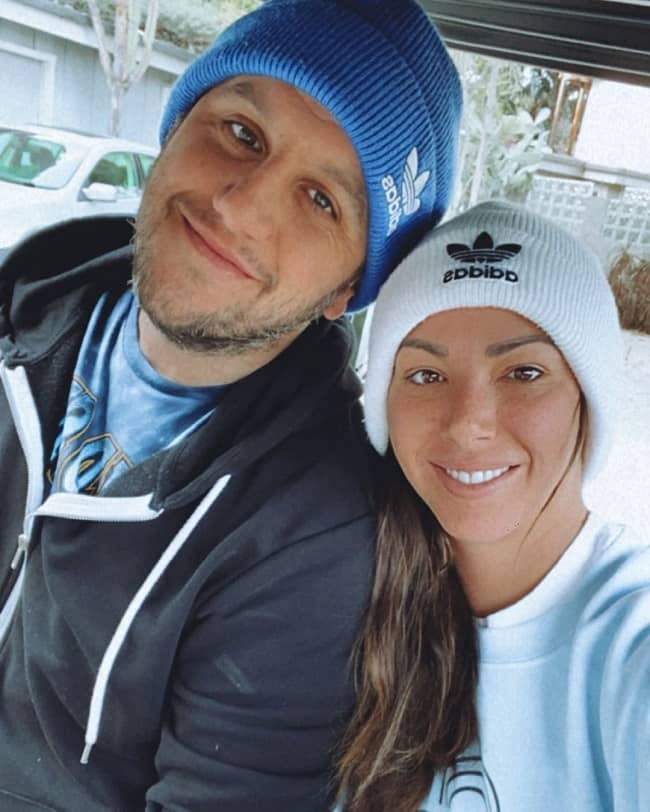 Caption: Kristen Doute posing for a photo with his boyfriend. Source: Instagram

Kristen Doute stands tall at an approximate height of 5 feet 9 inches or 1.75 meters and her weight is around 58 kg or 127 lbs. Other than this, there is no information regarding Kristen’s other body measurement details like her chest-waist- hip measures, dress size, shoe size, etc. Moreover, Kristen has dark brown eyes and curly hair of the same color.

Talking about her social media presence, Kristen Doute joined Twitter in July 2009 and so far has over 262.5K followers on her @kristendoute account. Likewise, the TV personality is available on Instagram under the username @kristendoute. As of early June 2021, Kristen has earned over 771k followers on her official Instagram account. Other than these, Kristen doesn’t have a personal account on other platforms like Youtube, Tiktok, Facebook, etc. Moving on, Kristen Doute has a net worth estimation of around $1 million US dollars.