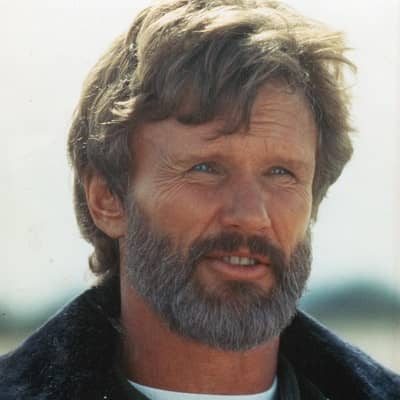 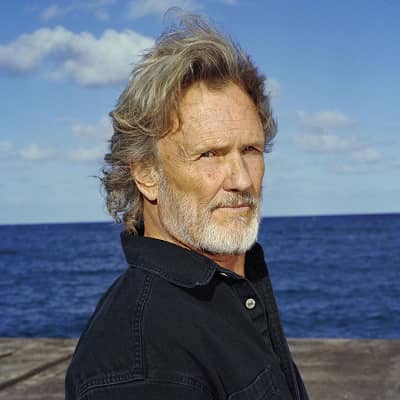 Kris Kristofferson was born on July 22, 1936, in Brownsville, Texas, and is currently 85 years old. His mother’s name is Mary Ann and his father is Lars Henry Kristofferson. Moreover, his grandfather was an officer in the Swedish Army. And, his father was the U.S. Army Air Corps Officer. He is an American. But, he belongs to mixed ethnicity of Swedish, English, Scottish, Irish, German and Dutch.

For his studies, he attended San Mateo High school. In 1954, he joined Pomona College. Later, he earned Rhodes Scholarship to Oxford University. Moreover, he studied at Merton College and graduated with B.Phil in English Literature.

As being born into a military family, Kris’s father wants him to join the military. But, he was interested in the entertainment field. During the 1960s, Kris joined the army and was posted in West Germany. He was assigned to West Point military academy as an English instructor, in 1965. Then, he decided to resign and take up songwriting seriously.

Finally, he succeeded as a songwriter with Viet Nam Blues for singer Dave Dudley. In 1966, the song made the Top 20. In the 1970s, Ray Stevens, Jerry Lee Lewis, Ray Price, and Sammi Smith recorded his songs. Unfortunately, his debut album  Kristofferson was a flop. But, in 1971, he realized the second album titled The Silver Tongued Devil and I. Through the album, he was recognized and the song as a pop chart. 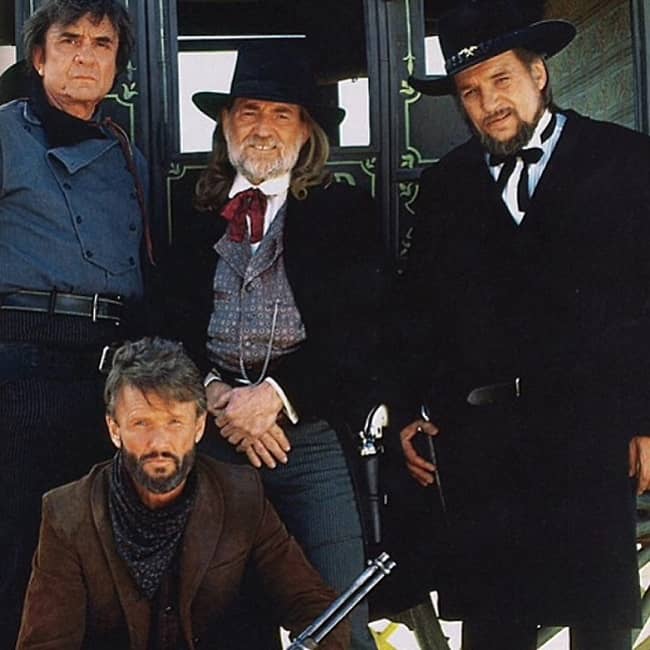 Caption: Kris Kristofferson with his co-stars in between shoots. Source(Instagram)

Kris also made his acting debut in 1971 in The Last Movie. Then he got the opportunity to work in Cisco Pike. In the movie, he played the role of failed musician turned drug peddler. Aditionally, he released his other albums like Border Lord and Jesus Was a Capricon. In 1973, he starred with James Coburn and Bob Dylan in Pat Garrett and Billy Kid.

Later, he released a duet album named Full Moon with his wife Rita Coolidge. In 1974, he was starred in a comedy film named Alice Doesn’t Live Here Anymore. In 1976, he played the role of Aaron Arnold in the film Vigilante Force. Therefore, once again he worked in a Peckinpah film titled Convoy. In the following year, he participated in the Havana Jam.

In 1982, he released an album named The Willie Hand. Aditionally, it was a joined album with Willie Nelson, Waylon Jennings, and Johnny Cash. Therefore, his album Highwayman and Highwayman2 was a massive hit. In 1998, he got the opportunity to work in Vampire-action film Blade. He acted opposite Wesley Snipes in the movie.

Moreover, he acted in a movie like Dreamer: Inspired by a True Story, Planet of the Apes. An album named Closer to the Bone was released in 2009. Whereas, he started in the film Dolphin Tale and its sequel. It was a true story of a dolphin. In 2015, he had a recurring role in Tv series Texas Rising. Therefore, he has featured in movies like The Star, Blaze, Hickok, and Lawless Range. In 2021 he retired.

Kris Kristofferson has been very flexible and worked in the different sectors of the entertainment industry. He also has been appreciated for every work he has done. He has been nominated for 27 awards and won 12 awards. Moreover, he has gaining love from people while is more than an award.

He has been working for decades. Likewise, he has delivered a marvelous performance. He has also been gaining huge media attention and fans. His main source of earning is his career in the entertainment field. Therefore, his estimated net worth is $160 million. There is no information regarding his salary.

Kris Kristofferson married his long-time girlfriend Frances Beer, in 1961. But, the couple could not last long and eventually divorced. He also dated Janis Joplin. In 1973, he was married to Rita Coolidge. Unfortunately, the couple divorced in 1976. Moreover, in 1983 he married Lisa Meyers. The couple lives in their own house in Los Flores Canyon in California. 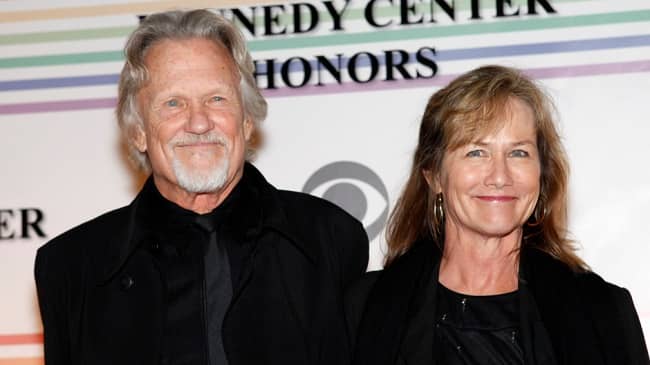 Kris has been facing few serious medical issues in past. Likewise, he has successful bypass surgery in 1999. Later, he was finally diagnosed with Lyme Disease. It is still a mystery that how did he suffer from the disease. He has been blessed with 8 children from his 3 marriages. The names are Tracy, Casey, Lisa, Jesse, Jody, Jhonny, Kelly Marie, and Blake.

Maintaining a career in the entertainment industry is very hard. Daly different rumors are been raised about the stars. And, a lot of celebrities are being involved in the controversies. He was rumored and said to be suffering from Alzheimer’s disease. Later on, it was found that he was Lyme diseased.

Therefore, he has not been part of any rumors and controversies yet. He has been maintaining his career and personal life.

Kris Kristofferson stands 5 feet 11 inches tall and weighs around 90 kg. He has beautiful blue eyes color and grey hair color. The other information regarding his body measurement is not revealed yet.

Kris is only active on Facebook with the account name @KrisKristofferson. Currently, he has 857k followers in it.