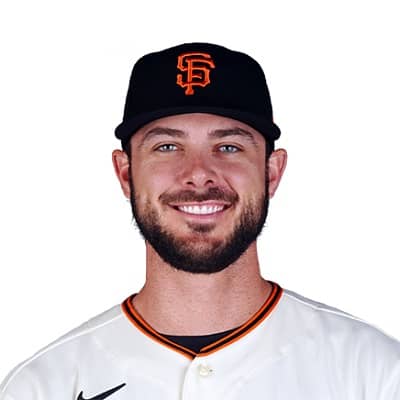 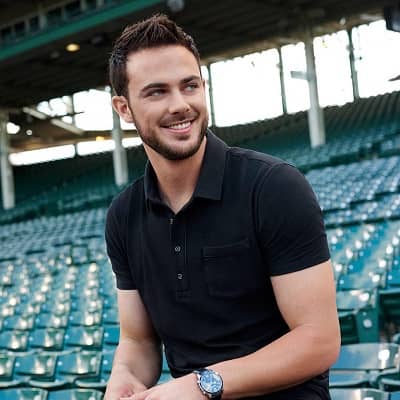 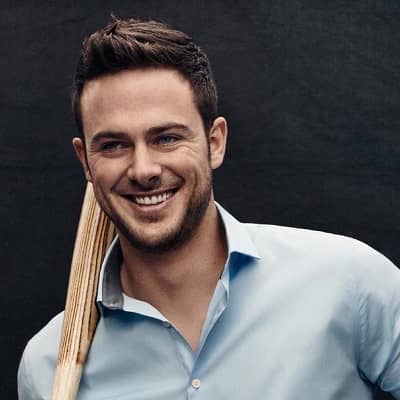 Kris Bryant was born on 4 January 1992 and he is currently 30 years old. He hails from Las Vegas, Nevada, and his zodiac sign is Capricorn. Talking about his family, his parents are his father Mike, and mother Sue Bryant. The baseballer’s father was also a baseballer himself and played minor league for the Boston Red Sox organization. Moreover, his father also owned a patio furniture store. However, he sold the store and got a job to find time to coach Kris.

Regarding his educational journey, this personality attended Bonanza High School where was named a salutatorian. However, he allowed his classmate to take the role when he found out that this classmate badly wanted it. He later majored in biology before switching to finance at the University of San Diego.

As a native of Las Vegas, he grew up as acquaintances of fellow baseball players Bryce Harper and Joey Gallo. The three started playing baseball with each other at the young age of 9 years. Moreover, his full name is Kristopher Lee Bryant”. 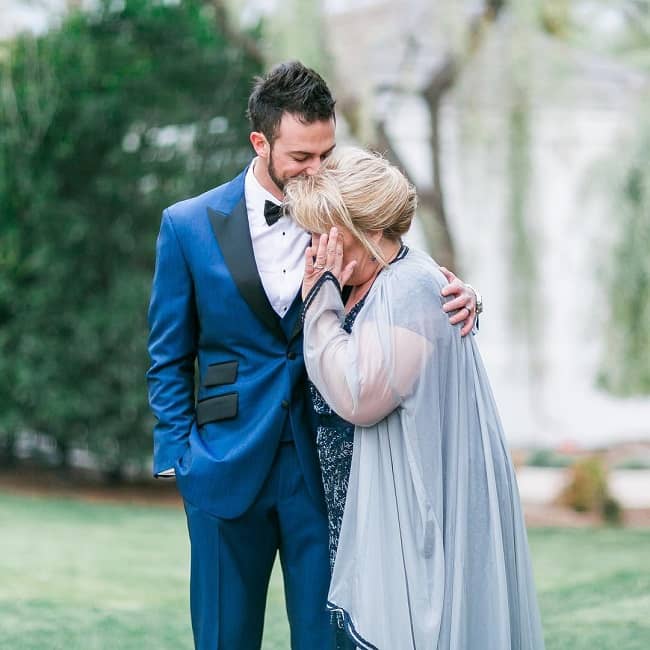 Caption: Kris in a photo with his mother. Source: Instagram

Professionally, Kris Bryant is a baseball player. He plays as the third baseman and outfielder for the Major League Baseball (MLB) team Colorado Rockies. Previously, he played in MLB for other teams – the Chicago Cubs and San Francisco Giants. Before he became a professional baseballer, this player played college baseball for the Toreros while attending the University of San Diego.

While attending college, this player was named an All-American in the years 2012 and 2013. He also bagged the Dick Howser Trophy and Golden Spikes Award in the year 2013. The Cubs selected this baseballer with the 2nd overall selection in the 2013 MLB draft. Following this, this player quickly became one of the top prospects in baseball. He also won the USA Today Minor League’s “Player of the Year Award” as well as the Baseball America Minor League Player of the Year Award in 2014.

This baseballer made his major league debut in the year 2015. He was then named an MLB All-Star as well as bagged the National League’s (NL) Rookie of the Year Award. This player was named an All-Star once again in 2016. He then won a World Series championship with the Cubs. Furthermore, this player was also named the NL’s Most Valuable Player.

Chicago Cubs later traded this player to the Giants on 30 July 2021. Then on the 1st of August the same year, this baseballer made his debut with this new club. Then on 18 March 2022, the baseballer signed a seven-year contract worth $182 million with the Colorado Rockies. Later on, there was an announcement that said this baseballer would be the club’s starting left fielder. 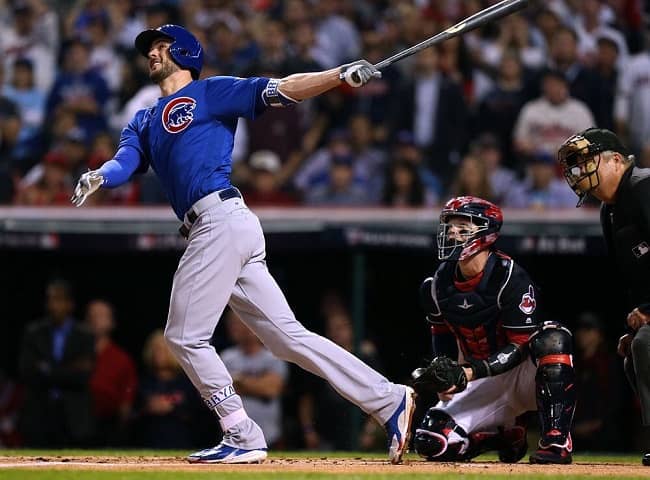 Caption: Kris during a baseball game in 2017. Source: Instagram

Kris Bryant is a happily married guy. This baseballer married Jessica Delp on 7 January 2017. The two were long-time lovers. The baseballer had proposed to his long-time girlfriend – Jessica Delp – back in December 2015. Both the lovers grew up in Las Vegas and were together since the young age of 16 years. Actually, they knew each other since the age of 14 and began dating at 16 years old.

During their marriage ceremony, one of the groomsmen was the baseballer’s teammate – Anthony Rizzo. This lovely couple shares a son together named Kyler Lee Bryant, who was born in April 2020. Moreover, the family is expecting twin sons in the summer of 2022 as the baseballer mentioned in his Instagram post on 5 March 2022. Furthermore, the lovely family resides in Las Vegas and in downtown Chicago. 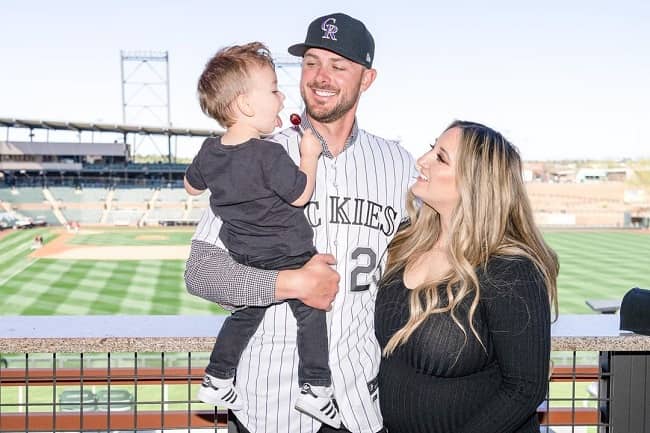 Caption: Kris in a photo with his wife and son. Source: Instagram

Kris Bryant stands tall at a height of 6 feet 5 inches or 1.96 meters and his weight is around 216 lbs or 98 kg. Moreover, this baseballer has brown hair and mesmerizing blue eyes.

Talking about his social media presence, Kris Bryant joined Twitter in March 2012 and so far has more than 722.4K followers on his @krisbryant_23 account. Likewise, he is available on Instagram under the username @kris_bryant17 and has over 1 million followers as of April 2022. Moreover, he has more than 305K followers on his Facebook page. Moving on, this baseballer has a net worth of around $8 million US dollars.