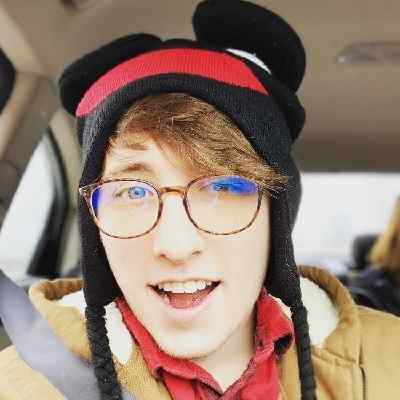 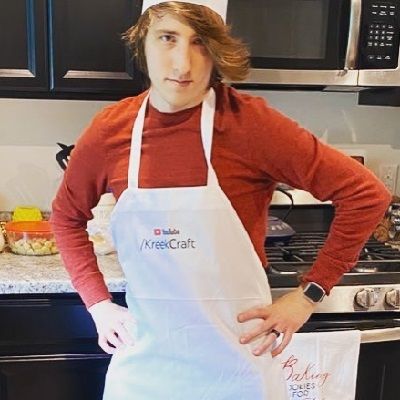 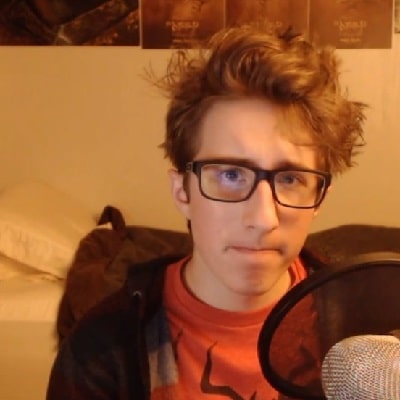 KreekCraft is an American Roblox and Minecraft Expert who uploads videos on his channel. KreekCraft is also a social media personality and has millions of fans.

KreekCraft’s real name is Forest Starling. Starling was born on the 28th of January, 1997 in Jacksonville, Florida. He is currently 24 years old and has an Aquarius sun sign. There is no information about his family. In June 2016 he posted a video called “My Mother Plays Five Nights at Freddy’s 4!”.

By seeing him we can say he was raised well by his family. Currently, there is no information regarding his educational journey. However, looking at his age he might be a University student right now unless he decided to take a break from his student life. 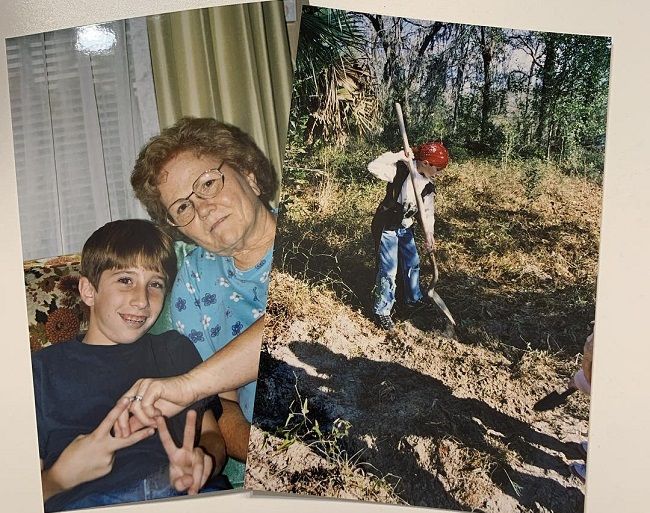 Kreekcraft started his career with his YouTube channel on 9th April 2014. He posted his first video on the 10th of April. In his initial days, he used to post videos of Minecraft, whereas his first video was titled ‘Minecraft BOXES Mod – Cardboard Boxes & UPS! (Minecraft v1.6.4 Mod Spotlight)’. He uploaded his next video on 11 April titled ‘Minecraft STATUES Mod – Create Statues of Players! (Minecraft v1.6.4 Mod Spotlight)’.

In his first year on YouTube, he gained a relative amount of subscribers and viewers. He published his first non-Minecraft video on 19 April titled ‘Kreek and Co Play Garry’s Mod! Ep. 01 “BobbleHeads”’. He introduced himself to the audience On May 1 in a video titled ‘Welcome to my Channel!’. On 23rd August he completed the ALS Ice Bucket challenge by jumping into a trash can filled with ice and cold water. The challenge video was posted on his YouTube channel.

On 1st October 2014, he published his first video on Civilization V: Brave New World. In July 2015, he started posting videos on Fallout 3. On July 10, 2016, he uploaded his first Roblox video, titled ‘Roblox Gameplay | Phantom Forces Beta #1 | Saving Private Cindy!’ His videos on the past were on the game Phantom forces. Soon after he started uploading videos and streaming almost daily.

He has been playing Jailbreak since its launch in April 2017. At present, he has a huge number of subscribers and views on his YouTube channel. Some of the most popular videos n his YouTube channel is ‘Roblox Jailbreak How to Make Money Fast! *1 Million in a Day!* (How To Get 1 Million Dollars)’, ‘Secret Jailbreak Train. His other famous videos are ‘ASIMO3089 BADCC Breaking the Train Part 2! (Roblox Jailbreak w/MyUsernamesThis)’, Underground Base!! Asimo3089 Secret Roblox Game!?

His oldest photograph on the @dakreekcraft Instagram handles dates back to January 16, 2016. The post is about a screenshot of his page, probably taken right after it was set up as the picture shows the page has zero posts, zero followers and zero following. Two days later, he shared his first selfie on the page.

On 19 February, he posted a photograph from his childhood in which he can be seen with one of his cousins. Most of his Instagram uploads revolve around his private life, with his family, friends, and girlfriend making regular appearances. He even posts photographs and screenshots of his social media successes. On March 14, 2019, he uploaded a picture of the Roblox Award he had won for accumulating a hundred thousand subscribers.

Apart from that, he created his Twitter account in February 2015 and is very active on the platform. He uploads numerous tweets every day and regularly communicates with his fans.

On May 23, 2020, TheMorninShow announced on Twitter and IMDB about his participation in an Exclusive Interview with the shows host InScane.

Kreekcraft had always wanted to create a channel for Fortnite-related content. Firstly on November 3, 2016, he created a YouTube channel under the name ‘kreek-Fortnite’ but is known as Kreeky today. On May 2, 2018, he uploaded his first video called ‘FORTNITE SEASON 4 BATTLE PASS FOR FREE! *GIVEAWAY*’. His second channel has 65.9 k subscribers and more than 36 k views. 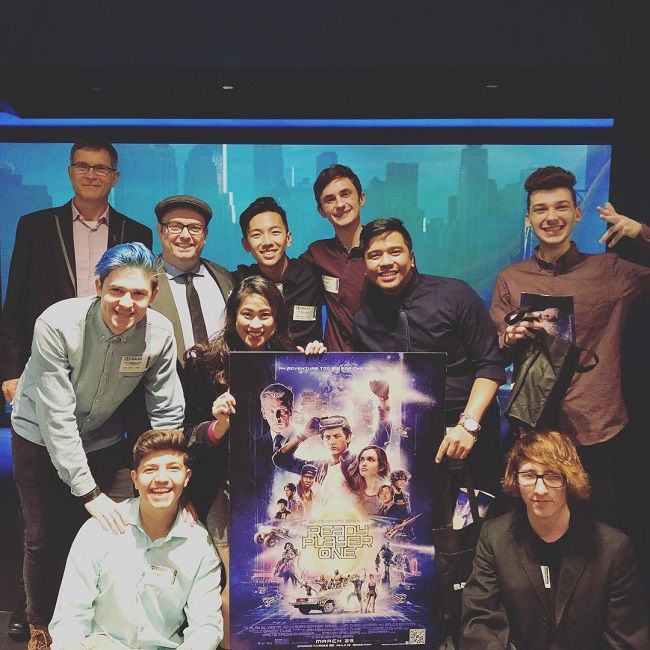 Caption: Kreekcraft in an event of the movie READY PLAYER ONE with other fellow YouTubers. Source: Instagram.

Kreekcraft uploaded a picture of the Roblox award. He had received the award for accumulating a hundred thousand subscribers on March 14, 2019. Other than that he has not received any awards.

His estimated net worth as of 2020 is $705,000. Although his salary is currently unknown, his primary source of income is YouTube. To talk about his assets currently, there is no information either. His Youtube channel gains 355k video views every day and 1.7k new subscribers per day. Moreover, he has published almost three thousand videos which all together add up to over 100.8 million views. Furthermore, he creates on average 34 new videos every month.

Currently, Kreekcraft is in a relationship with a girl named Kayla. Kayla has made several appearances on Kreek’s Instagram as well as in his YouTube account. On 26th September 2018, the couple announced their engagement on Instagram. He does not have any children. There is also no information about his past relationship. 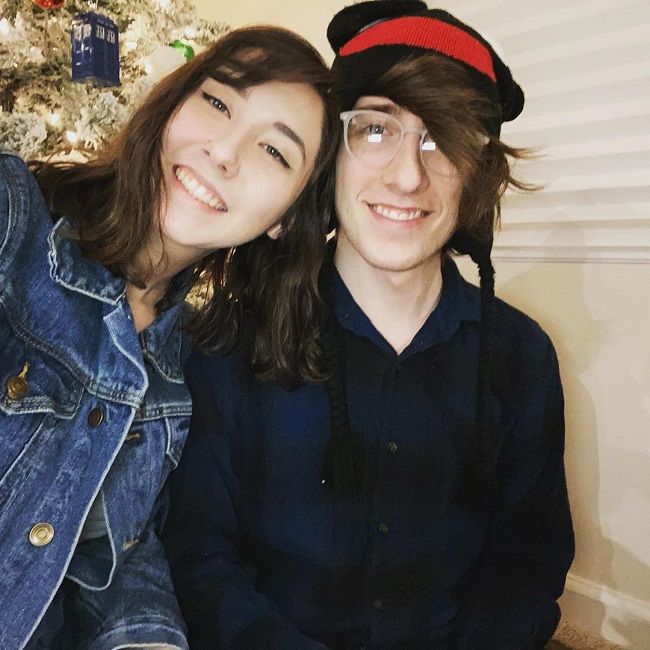 Over the years, he had been bullied by other users and referred to him as a loser. It was first done by a YouTuber and Roblox gamer named “MyUsernamesThis”, which lead to a major rivalry between them. On July 11, 2019, he posted a video titled ‘it’s over…I’m sorry’, where he lost to “MyUsernamesThis” in terms of subscribers. Both YouTubers started releasing diss tracks against each other and also competed while playing jailbreak together.

Kreekcraft has a height of 5 feet 8 inches. Seeing him we can assume she has brown hair and dark blue eyes. Other information regarding his physical appearance is still unknown.