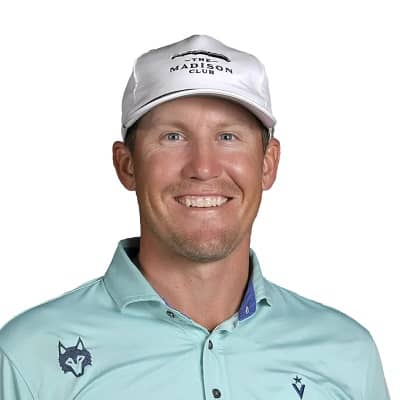 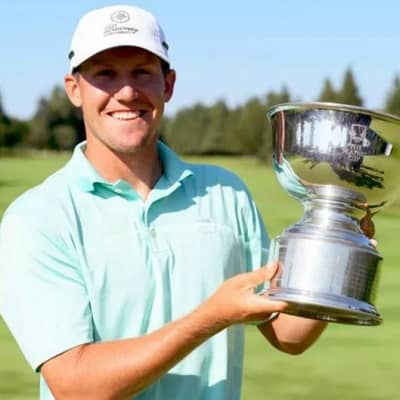 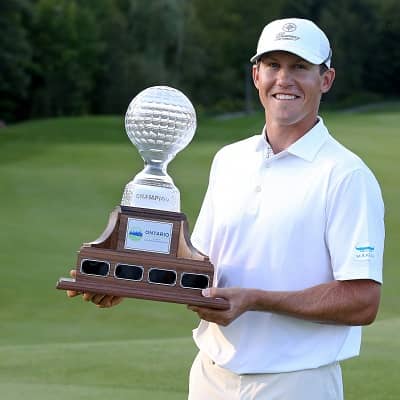 Kramer Hickok was born on 14 April 1992 and he is currently 30 years old. He hails from Austin, Texas, and his zodiac sign is Aries. Talking about his educational journey, this personality attended the University of Texas. Hickok was a freshman the same year as Jordan Spieth. These two personalities roomed together during the university’s national championship season in 2011–12.

Later on, Hickok caddied for Spieth at the 2011 AT&T Byron Nelson. Furthermore, Hickok played 4 years for the Longhorns. With this, he earned a degree in Geography in the year 2015. Talking about his family, his father is Doug and his mother is Lisa Hickok. Likewise, he has a brother named Carter. His brother is also a fellow Texas graduate. Furthermore, his full name is Kramer Austin Hickok. 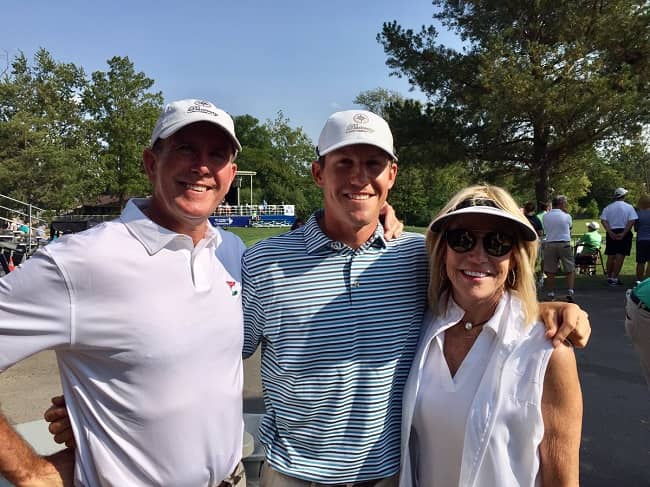 Caption: Kramer Hickok posing for a photo with his parents. Source: Twitter

Similarly, this player turned professional after his 2015 season at the University of Texas. Hickok’s 1st tournament was the Panama Championship. At this tournament, this golfer finished tied for 64th place. Likewise, he played on the PGA Tour Canada in the year 2017. There, this golfer earned player of the year honors. Also, he won twice during the season – The Players Cup and the Ontario Championship.

Furthermore, Hickok was also the Order of Merit winner for the 2017 season. Likewise, this golfer played on the Web.com Tour in the year 2018. He also finished the regular season inside the top 25 of the money list. As such, he earned his PGA Tour card for the 2018–19 season.

During the Web.com Tour Finals, this golfer won the DAP Championship. He defeated Hunter Mahan and Matt Jones by three strokes. Moreover, Hickok went wire-to-wire for the tournament and matched the course record with a single round of 63 on the 1st day.

Recently, in June 2021, this golfer tied for the lead of the Travelers Championship after 72 holes. Ultimately, the golfer lost to Harris English. Harris made a birdie on the 8th playoff hole. This match between Harris and Hickok was the 2nd-longest playoff in PGA Tour history. 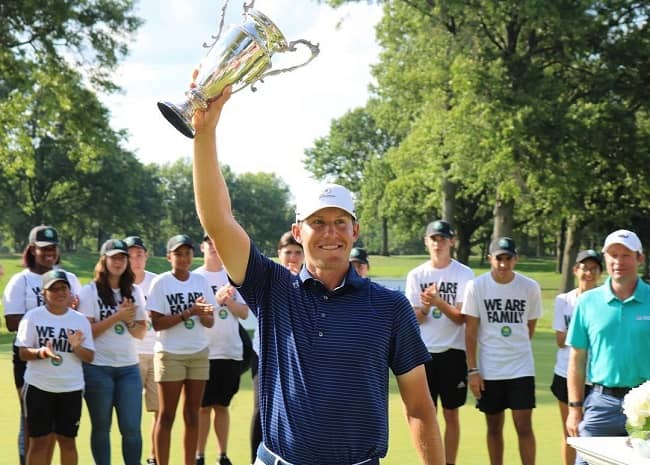 Caption: Kramer Hickok posing for a photo after his win. Source: Instagram

Kramer Hickok is a happily married guy and his wife’s name is Anne. The couple became Mr. and Mrs. Hickok fairly recently on 5 December 2020. Both Anne and Hickok played golf for the University of Texas Longhorns. While Hickok is an American, his wife is Finnish. As such, he knows around 50 words in Finnish. Although his wife has been trying to teach him more of her native language, his wife mentions that it is a difficult language to learn. 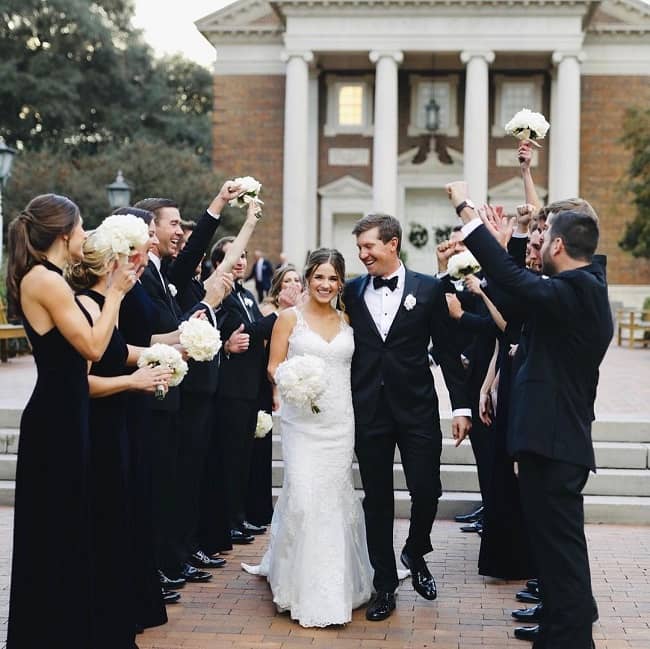 Kramer Hickok stands tall at an approximate height of 5 feet 11 inches or 1.80 meters. Likewise, the golfer has a bodyweight of around 178 lbs or 81 kgs. Hickok has light-brown hair and mesmerizing blue eyes. Besides these, the golfer’s other body measurement details are still under review. 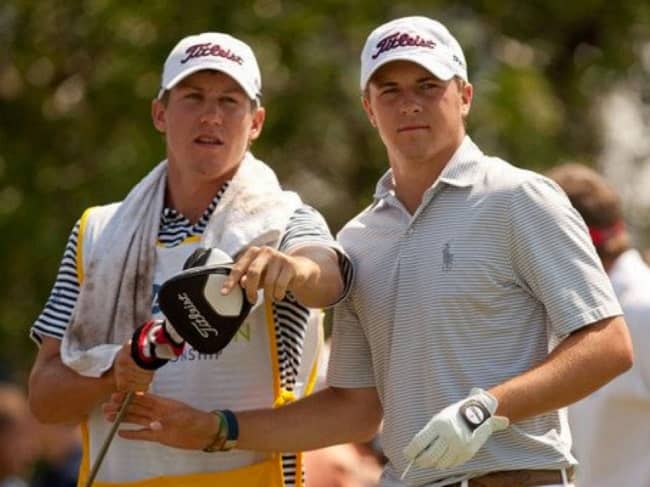 Caption: Kramer Hickok in a photo with Jordan Spieth while caddying for him. Source: Golf Digest

Talking about his social media presence, Kramer Hickok joined Twitter in June 2010 and so far has over 2.7k followers on his @kramerhickok account. Likewise, his Instagram username is @kramerhickok. As of May 2022, this profile has garnered over 15.7k followers. Also, the golfer has a personal profile on Facebook in which he has over 1.4 friends. Moving on, this American golfer has a net worth of around $1.3 million US dollars.