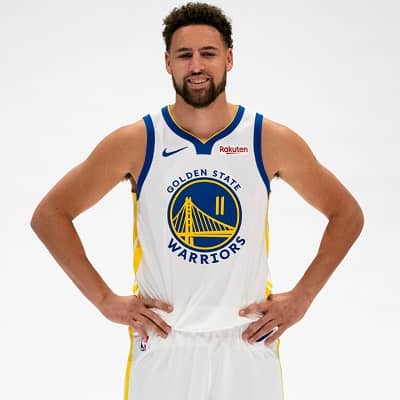 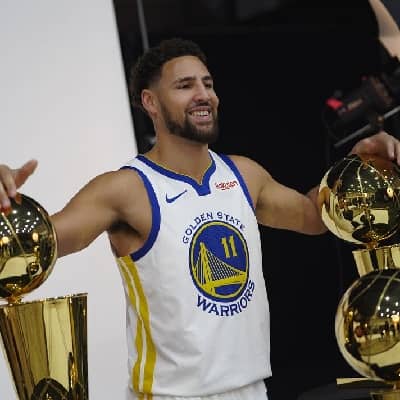 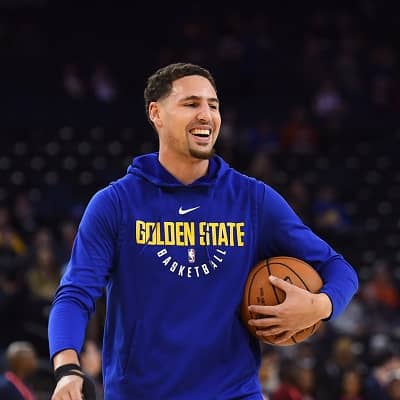 Klay Thompson is a prominent American NBA player for the team Golden State Warriors. Klay Thompson has been playing basketball since an early age and has earned numerous prestigious titles throughout his career. 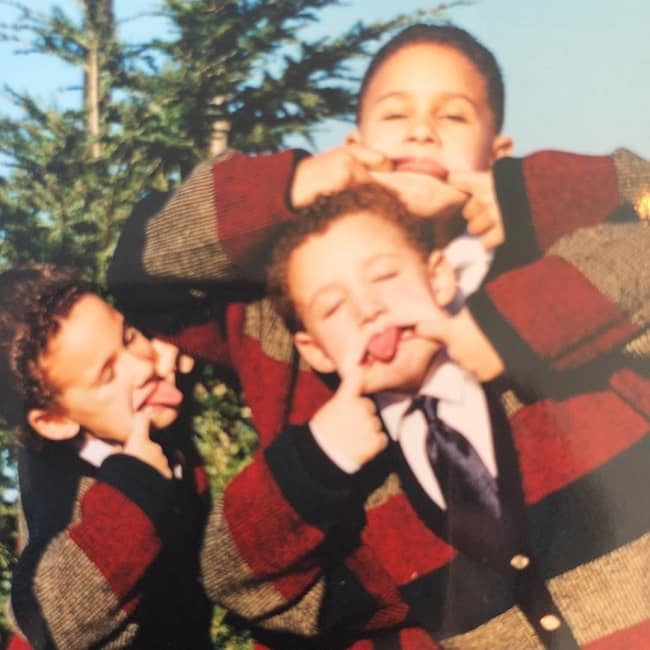 Caption: Klay Thompson with his brothers in a childhood photograph. Source: Instagram

Klay Thompson was born on February 8, 1990, and he is currently 32 years old. He hails from Los Angeles, California, and his zodiac sign is Aquarius. Talking about his family, his parents are mother Julie and father Mychal Thompson. He also has two siblings namely Mychel Thompson and Trayce Thompson. He also has an English bulldog named Rocco.

His mother, Julie, was a volleyball player in college for the University of Portland and the University of San Francisco. Similarly, his father, Mychal, was the first overall pick of the 1978 NBA draft. Moreover, his brothers also sportsmen. Mychel played in the NBA for “Cleveland Cavaliers” whereas Trayce plays for the “Cleveland Indians”  in Major League Baseball (MLB).

When he was two years old, he moved to Lake Oswego, Oregon with his family. There, he was childhood friends and “Little League” teammates with fellow NBA star Kevin Love. Likewise, at the age of 14 years, he moved to Ladera Ranch, California, with his family. There, he graduated from Santa Margarita Catholic High School in Rancho Santa Margarita in the year 2008.

In his junior season, they named Klay to the All-Area second team as well as to the Orange County third team. Then as a senior, he averaged 21 points per game and led SMCHS to a 30–5 record. He also made a Division III State Championship appearance.

He set a state finals record with seven 3-pointers in a game during the state championship. Further, the basketballer also received the names of Division III State player of the year, League MVP, first-team Best in the West, as well as an EA Sports Second Team All American. 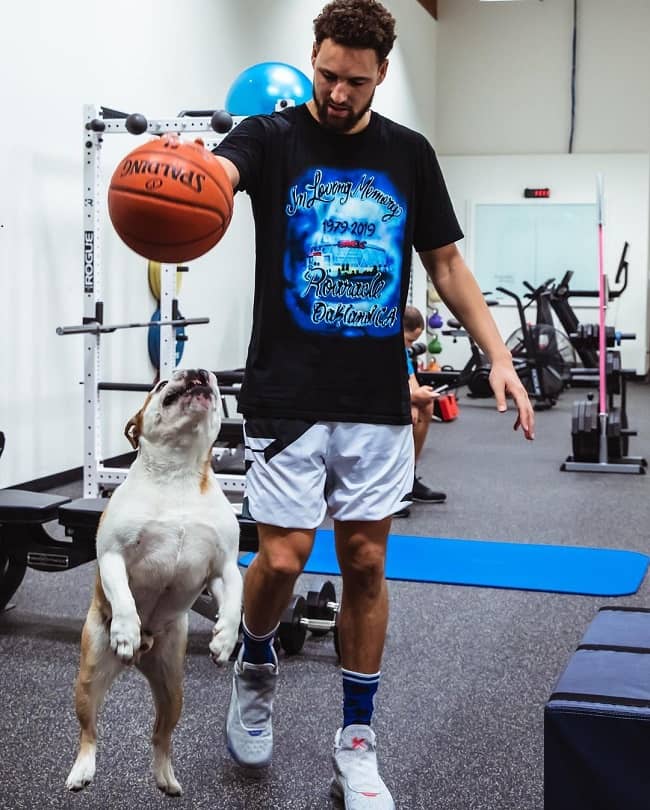 Klay Thompson is a professional basketball player. The player plays for the “Golden State Warriors” of the National Basketball Association (NBA). He is credited as one of the greatest shooters in NBA history. Similarly, the basketballer is a three-time NBA champion with team Warriors, a five-time NBA All-Star, as well as a two-time All-NBA Third Team honoree. Similarly, he has also been named to the NBA All-Defensive Second Team.

He also played college basketball for three seasons. It was with the team “Washington State Cougars”. With the team, he was a two-time first-team all-conference selection in the Pac-10 (now Pac-12). Similarly, the player was also selected in the first round of the 2011 NBA draft by “Golden State” with the 11th overall pick.

Then in the year 2014, the player and his teammate, Stephen Curry, set a then-NBA record. It was with 484 combined three-pointers in a season. This earned the pair the nickname of “the Splash Brothers.” A year later in 2015, he helped lead the Warriors to their first NBA Championship since 1975. He was also a key contributor to the Warriors’ 2017 and 2018 wins.

The basketballer, unfortunately, sustained an anterior cruciate ligament (ACL) injury in Game 6 of the 2019 NBA Finals. Due to this, he missed the entirety of the 2019–20 season. 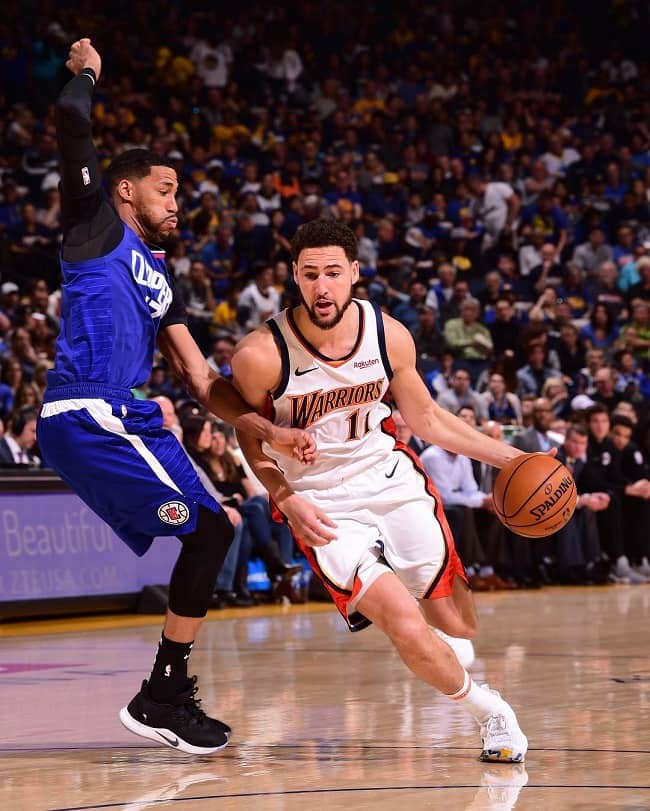 Over the course of his career, he has broken numerous records. He holds the NBA regular-season record for most points scored in a quarter. The basketballer also holds the record for the most three-pointers made in a single playoff. Similarly, he has the NBA playoff record for most three-pointers made in a game. Furthermore, he was included thrice in the ‘NBA All-Star’ (2015–2017) and was also a part of the All-NBA Third Team for 2015 and 2016.

In the year 2017, he donated $1,000 for every point he scored in his home games against “Detroit Pistons”, “Toronto Raptors”, and the “Washington Wizards”. This was a part of his efforts to raise funds for relief for the Northern California firestorm. With additional sponsor and fan matching, he was able to increase that to $5,223 per point. He ultimately raised $360,374 by tallying 69 points across the three games.

Moreover, his 2015 NBA championship victory made him and his father the fourth father-son duo who won the NBA titles as players. Other father-son duos are Matt Guokas Sr. & Matt Guokas Jr., Rick & Brent Barry, and Bill & Luke Walton. 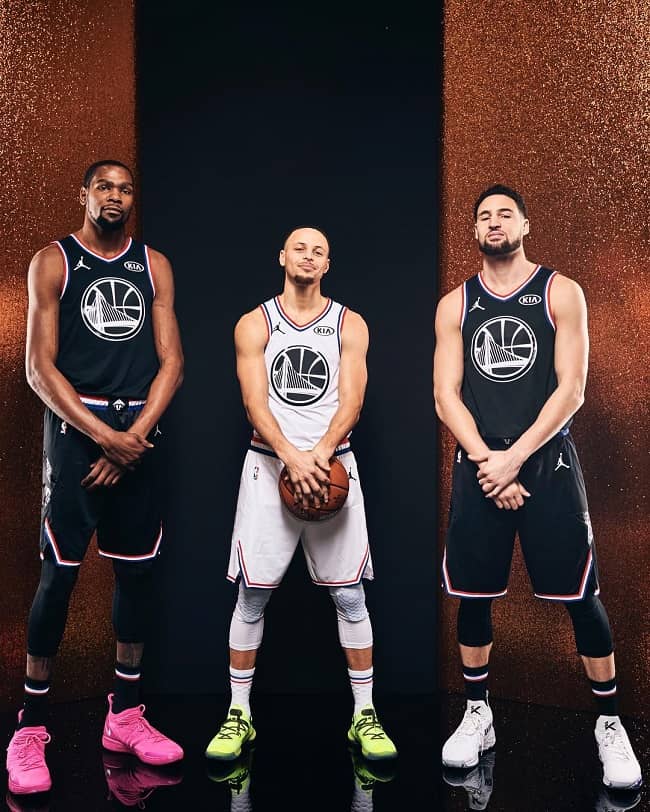 His outstanding performance earned him a place in the Warrior’s Hall of Fame list. Other players on the list are Wilt Chamberlain, Rick Barry, and Joe Fulks among others. Then on 1st July 2019, he signed a five-year contract and agreed to stay with the Warriors.

Klay Thompson faced controversy when he was suspended for his final regular-season game at WSU. This was after he was issued a misdemeanor criminal citation for marijuana possession. The basketballer is popular for his offbeat, dry sense of humor. Further, the player is also an avid chess player. He has also met with the chess world champion, Magnus Carlsen.

Talking about his romantic relationships, he was romantically involved with Laura Harrier. She is an American actress and the ex-lovers were together from 2018 to early 2020. 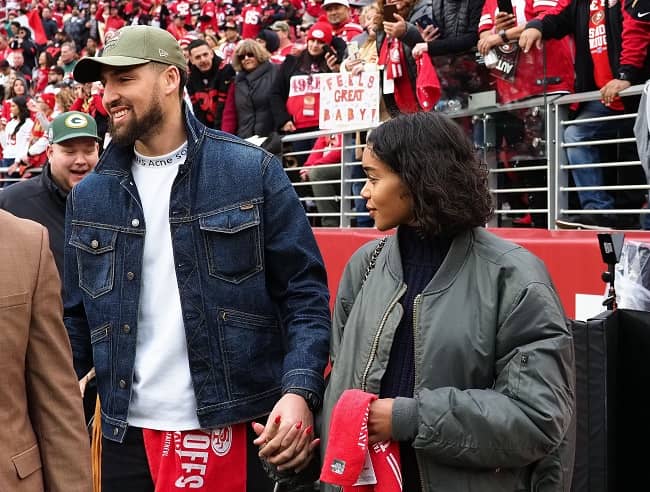 Klay Thompson’s registered height is 6 feet 6 inches or 1.98 meters and his registered weight is 215 lbs or 98 kgs. Similarly, he has dark brown eyes and hair of the same color.