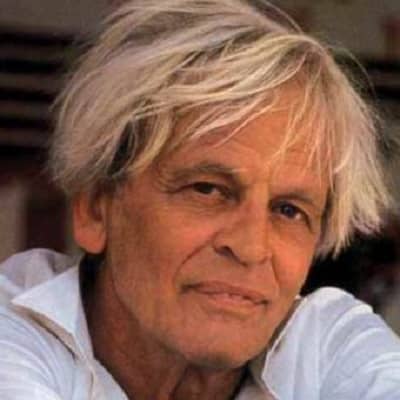 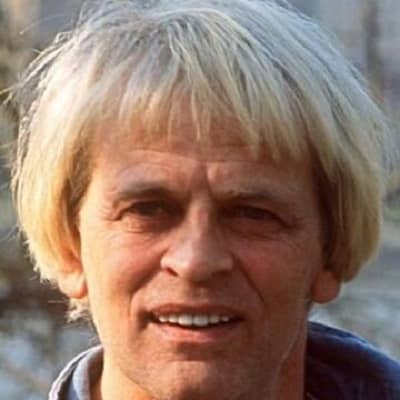 Klaus Kinski is one of the popular German actors who has appeared in more than 130 movie roles in a career span of 40 years. Klaus Kinski was a top actor who had established his name with his intense and volatile performances in movies and tv roles.

Klaus Kinski was born on 18 October 1926  in German Nationals in Zoppot, Free City of Danzig with the name Klaus Gunter Karl Nakszynski. He was born to his father Bruno Nakszynski and his mother Susanne Nakszynski along with his three older siblings Inge, Arne, and Hans-Joachim. His father was a failed opera singer and his mother was a nurse and daughter of a local pastor.

But due to the great depression of financial problems they failed to maintain their living in Danzig so they moved to Berlin in 1931. But life wasn’t easy for them so they struggled to live and settled in a flat in Wartburgstrabe 3 in the district of Schoneberg. He has German citizenship and holds German Nationality. Then his sexual orientation is straight and his zodiac sign is Libra. 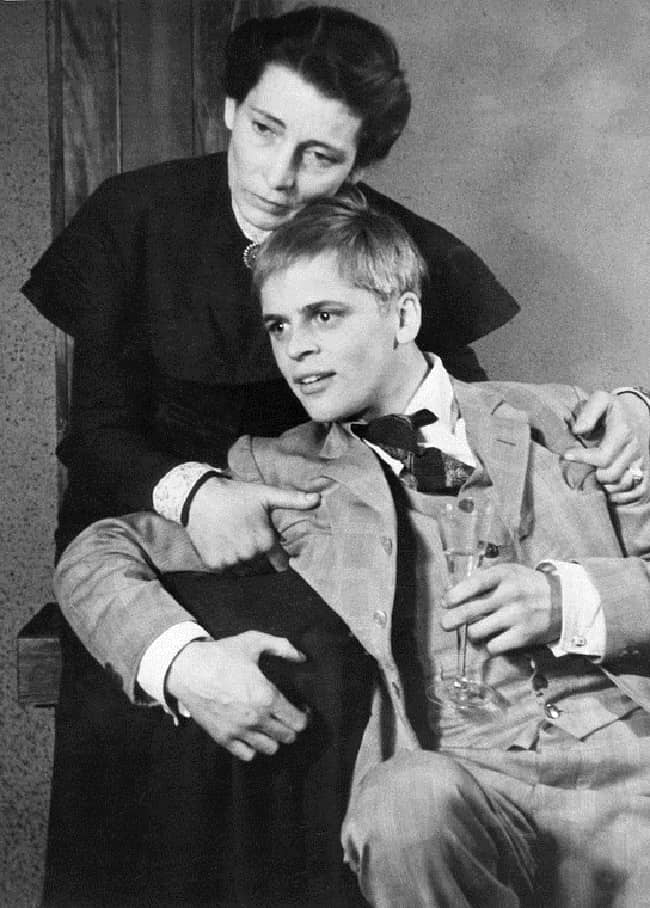 Klaus Kinski posing in one of his childhood photographs (Source: digslogs.com)

Moreover he attended Prinz-Heinrich-Gymnasium in Schoneberg in 1936. in addition, he joined the German Wehrmacht at the age of 17 due to the compulsory service of the nation during the second world war. So he served with the German Air Force in around 1943 as an Elite paratrooper.  There was no movement at the beginning until he transferred to the Netherlands and was later captured by the British on the second day.

In the year 1945, May there was almost an end to the war in Europe and only the sick prisoners were allowed to leave first. During that time he literally stands outside naked, drinking urine and eating cigarettes. But at the time of his return, he was considered healthy after spending a year and 4 months in captivity in around 1946. Unfortunately, his father got killed in the War and his mother was killed in an Allied air attack.

He played his first role on stage when he was in Berechurch Hall and participated in a variety of shows. Then after he returned to German he started his theatrical career and tried his career in acting. He changed his name to Klaus Kinski for his movie career. Over the year he has appeared in more than 130 movies with a variety of characters. 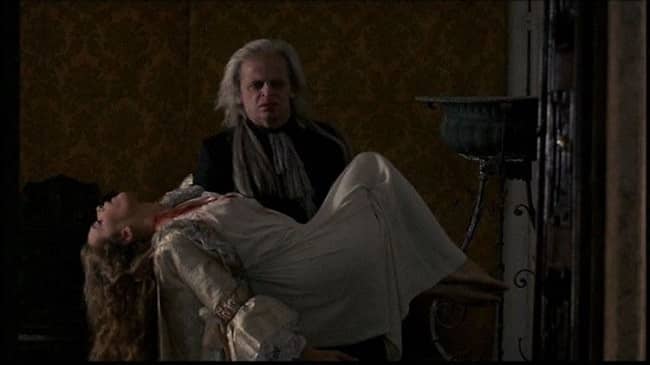 Klaus Kinski from his scene of Vampire in Venice(Source: wikiwand.com)

He played in many other languages and genres with various roles and characters. Some of the movies he has played as the lead actors are Aguirre, the earth of God(1972), Nosferatu the vampire(1979), woyzeck(1979), Fitzcarraldo(1982), Cobra Verde(1987), and so on.

He has a very special kind of relationship with director Werner Herzog which bought him international recognition as well. Likewise, he was a multitalented man. In Addition, he has recorded over 25 spoken word albums some of which are released on CDs.

Some of which includes Kinski Spricht Villon, Goethe, Rimbaud, Strindberg, Schiller, Brecht and many more. Although being a talented personality and face he had a very aggressive and disruptive behavior on the film set. As he used to be violent towards his directors, co-stars. He often had fought during the sets with the directors some are David Schmoeller, Werner Herzog.

He was a mental illness patient too. She was admitted to Karl Bonhoeffer Nervenklinik psychiatric hospital for 3 days. He was diagnosed with Schizophrenia primarily but later on, changed to Psychopathy(antisocial personality disorder). Also, he stalked his theatrical sponsor and tried to strangle her. Further, he tried to commit suicide twice as per the source.

As per the record, he tried to sexually abuse his daughter as well. Detailing from the record his eldest daughter Pola Kinski wrote an autobiography. Her autobiography was released 20 years after her father’s death where she claimed that he tried to abuse her sexually from age 5 to 19.

Also his younger daughter Nastassja also stated that their father would hold her inappropriate and sexual manner when she was around 4-5 years old. But he never had sex with her and also every daughter was scared of him, his aggregations, tantrums, and unpredictable behavior.

He has written an autobiography in the around the year 1988. To which he has written about the struggle towards his life, captured by Germans, Court martialed as a deserter, sentenced to death, his escape history, his prisoner life, and many more. but moreover, his best friend Werner Herzog has released a documentary about him in the year 1999.

Describing that he considered that Klaus had fabricated his autobiography including his maternal sexual abuse, childhood poverty, and incest as well. Further director David Schmoller who had worked with him on Crawlspace also released a short movie titled Please kill Mr. Schmoeller in 1999. His movie represents the aggressive and violent behavior on the set. 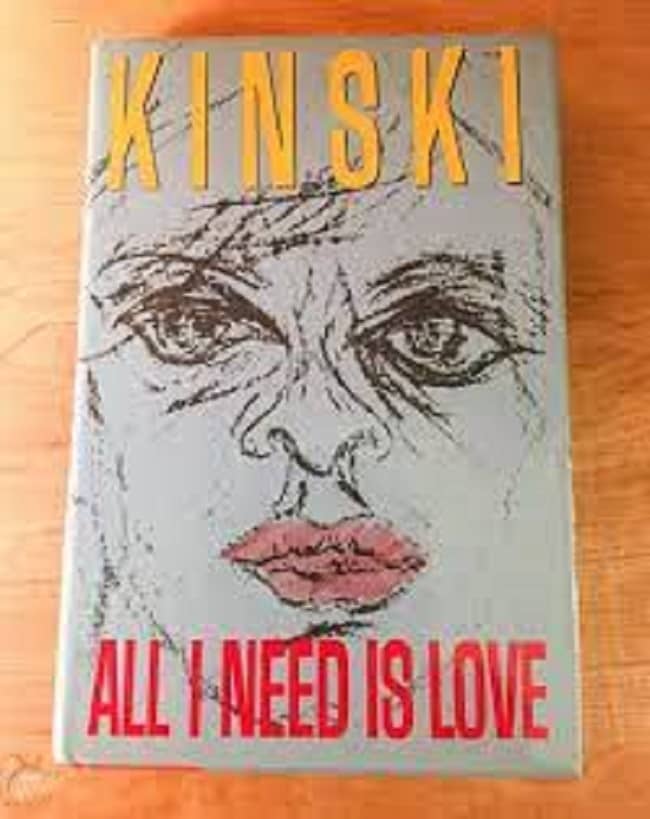 Klaus Kinski picture of his book All I Need is Love(Source: amazon. in)

In Addition to his Bibliography, he has written some authors including Munchen:de: Rogner and Bernhard 1975, All I need is love 1988 New York: Random House, Paganini. Munchen: Heyne Verlag 1992, Kinski unct the autobiography of Klaus Kinski London: Bloomsbury and so on. Later on, Christian David published a comprehensive biography of Kinski in 2006 with the available material, personal letters, interviews, and notes.

Furthermore, Peter Geyer also published a paperback book of essays regarding his life, works, and achievements. His autobiography All I need is love created quite a buzz back then. It referred to as his second daughter Nastassja was prompted causing her to file a libel suit against him. But later on, it subsided. Later on, his eldest daughter named Pola released her autobiography with the original title of her father’s memoir named Kindermund.

He is undoubtedly a phenomenal actor with historic lie history. He was part of the Cartagena Film Festival Award, German Film Awards, National Society of film critics awards, USA, Sant Jordi Awards, and Telluride Film Festival, US. Over the year he has been in the category of Best actor, best actor in leading roles, best performance for his supporting roles many times. Among them, he has won and been nominated for all the awards.

Talking about his net worth he has earned his entire life for his good lifestyle. He has an estimated net worth of around $20 Million as of now. Details about his earnings and expenses are still unknown as of now. But he might have lived a sophisticated life with the income he has earned through his acting career.

He married thrice and have children with them as well. He married his first wife Gislinde Kuhlbeck(Singer) in 1952. They together have a daughter named Pola Kinski. But later they announce their separation leading to divorce in 1955 after 3 years of marriage. After five years he married actress Ruth Brigitte Toki and has a daughter named Nastassja Kinski.

This marriage didn’t work to lead to diversity in 1971. After the failure of his second marriage, he had his third marriage with model Minhoi Genevieve Loanic in 1971. They had a son named Nikolai Kinski born in 1976. Unfortunately, the marriage didn’t turn out as expected, and had divorced in 1979. 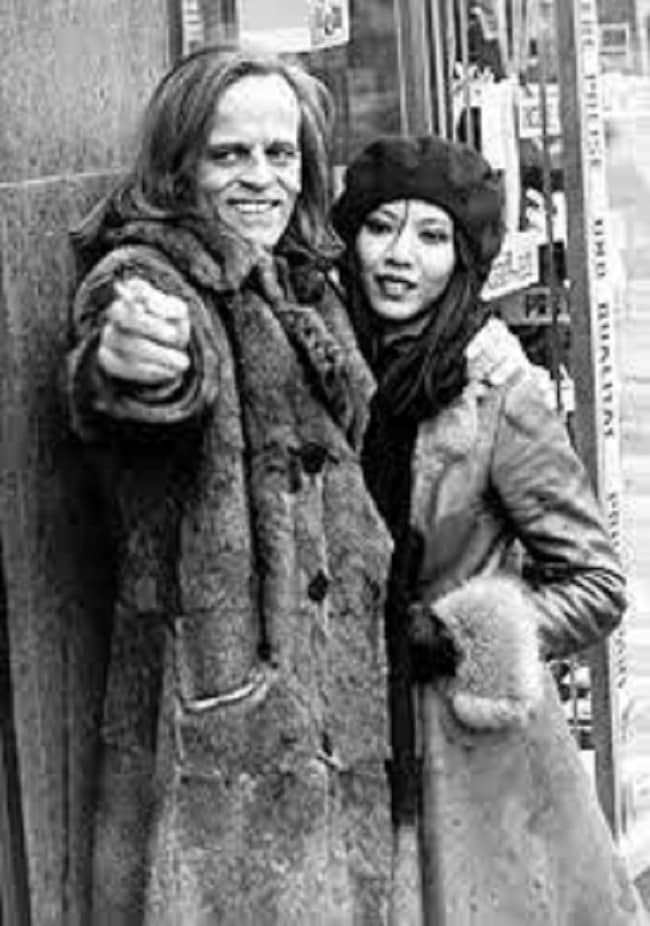 Klaus does not have much concern about his body physique. There are some details of his body measurements. He was around 5 feet 11 inches tall with 75 kg. Moreover, He has brown color eyes with fair skin texture.

He was not the kind of social media person back then. But after his death, there was no news regarding it. The actor took his last breath on 23 November 1991 at the age of 65. He died of a sudden heart attack at his home in Lagunitas California. Among his children his son, Nikolai was the one to attend his funeral.