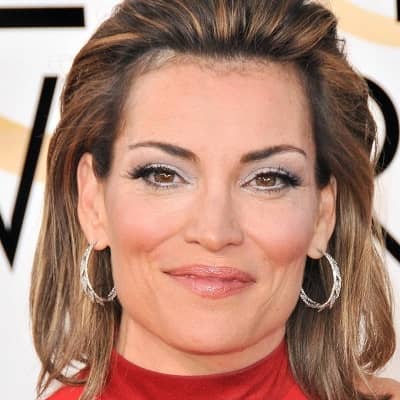 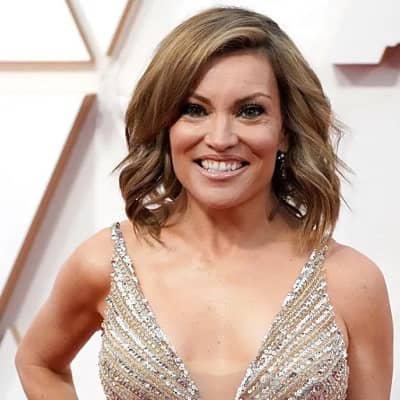 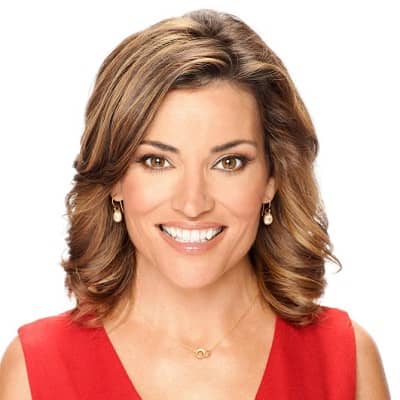 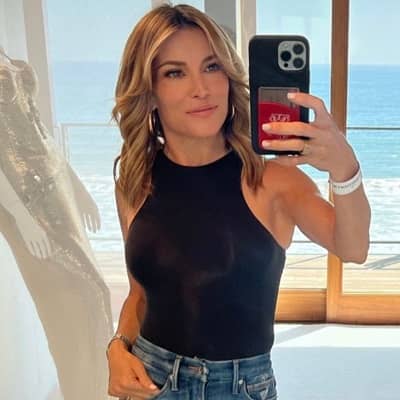 Kit Hoover is a talented American sportscaster, broadcast journalist, and TV personality. Kit Hoover is famous for being the co-host of “Access Hollywood” and “Access Live” and reporter on “Shaq Vs” among others.

Kit Hoover was born on 29 July 1970 and she is currently 51 years old. She is originally from Atlanta, Georgia, and her zodiac sign is Leo. Likewise, her full name is Catherine Hoover. Talking about her family, her mother’s full name is unknown but is available on Instagram as @bug2200. Likewise, she has a brother named Craig Hoover (@hoov24). Also, she is actually of Irish ethnic background and is a Christian.

Talking about her educational journey, this personality attended the University of North Carolina at Chapel Hill. From this institution, this personality earned a B.A. degree in Journalism. Prior to this, she went to high school in Atlanta at Marist. During her high school, Hoover was a track star where she won the mile and two miles run for 3 consecutive years. 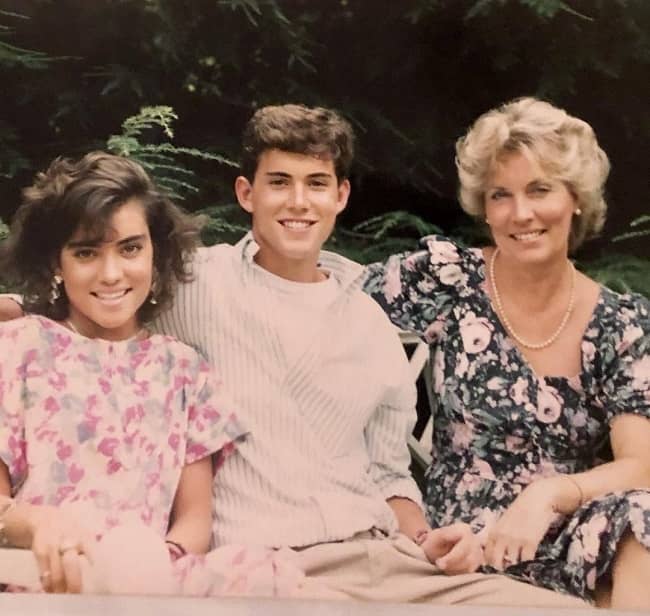 Caption: Kit Hoover in an old photo with her mother and brother. Source: Instagram

Professionally, Kit Hoover is a famous TV personality, broadcast journalist, and sportscaster. At present, she serves as the host of Access. She is also the co-host of Access Live alongside Mario Lopez and Scott Evans. Prior to this, Hoover worked for Fox News and ESPN. Also, this personality worked as a guest host on The View. Additionally, this sportscaster has been a correspondent for TV Guide as well as a host on Real Simple Real Life. Moreover, Hoover has been a sideline reporter on Shaq Vs and host of Six Flags TV.

This personality made her TV debut on Road Rules: the USA – The First Adventure. On this show, Hoover was a cast member. This was the inaugural season of MTV’s Road Rules back in July 1995. This was a reality TV series following five college-age cast members crisscrossing the country in a Winnebago.

She then joined ESPN in August 2003. She initially worked as the co-host of the live morning show Cold Pizza. Prior to this, she conducted live interviews, and presented features, and highlights on the daily weekday two-hour program. She then Cold Pizza for its launch on 26 August 2003. Additionally, Hoover also became a judge on this channel’s reality contest – Dream Job. She joined the panel on the 1st of February 2004. 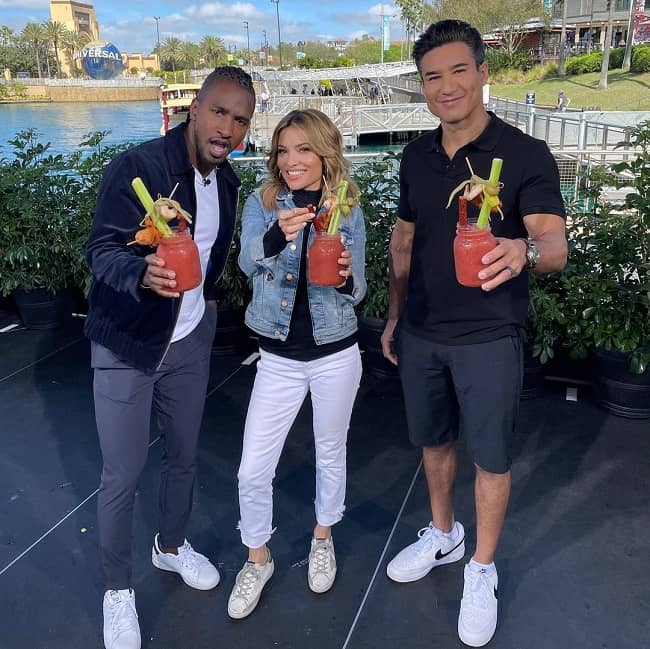 Similarly, from January 2004 to July 2006, this personality was the lead Feature and Field Reporter for the tennis events. Hoover’s role in the Australian Open, Wimbledon, and the French Open tennis events was to focus on topics off the court. She had to focus on topics around Australia, Paris, and London as a Feature Reporter. For the Field Reporting, her role was to give the breaking news while the tennis match is going on. Additionally, she interviewed the winners during these events.

From October 2006 to July 2008, this personality worked as TV Guide Channel’s correspondent. Then on 27 July 2008, this personality was the host of Six Flags TV at the multiple Six Flags Theme Parks around the USA. Then from 2008 to 2009, she worked as the host of Real Simple, Real Life. It is a lifestyle makeover series on TLC and is based on the magazine Real Simple.

Furthermore, this personality made her 1st appearance on Shaq Vs on 3 August 2010. It is a sports reality TV program by Shaquille O’Neal. For this show, she was both the co-host and sideline reporter. Mike Goldberg was her co-host for this show. From 13 September 2010 onwards, Hoover became the co-host of Access Hollywood Live which is now called Access Live. For this show, she worked as a co-host alongside various personalities. Then in the year 2019, Hoover became the host of the flagship program Access Hollywood.

Kit Hoover is a happily married woman and her husband’s name is Crowley Sullivan. The lovely couple tied the knot on 21 August 1999. Together, Sullivan and Hoover have three children namely Hayes, Campbell, and Crowley Sullivan Jr. They welcomed Hayes in 2004, Campbell in 2005, and Jr. in 2009. Likewise, her husband is a famous TV producer. 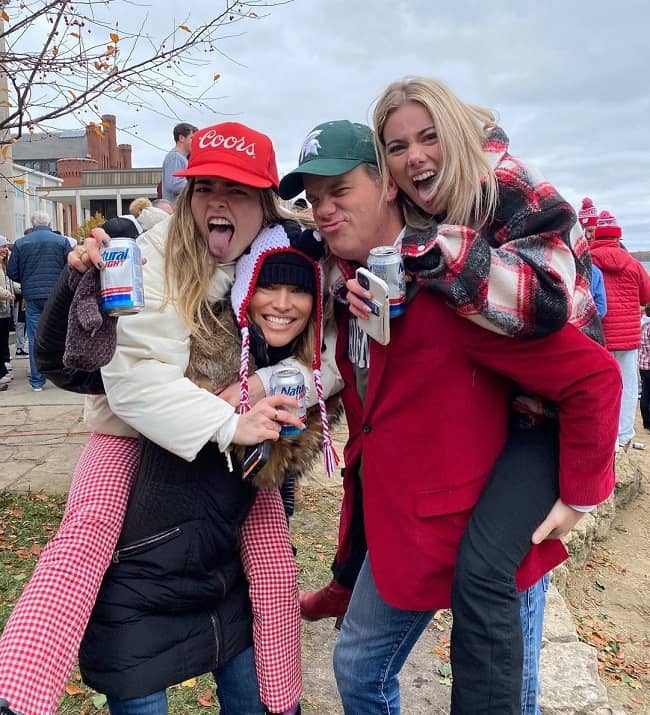 Kit Hoover stands tall at an approximate height of 5 feet or 152 cm and her weight is around 99 lbs or 45 kgs. Similarly, this journalist has a body measurement of around 29-24-33 inches respectively. Hoover has naturally brown hair and eyes of the same color.