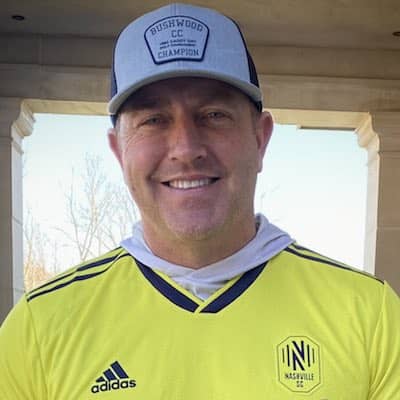 Kirk Herbstreit was born on August 19, 1969. His full name is Kirk Edward Herbstreit. He is 52 years old presently and his sun sign is Leo. He is from Centerville, Ohio, USA. Similarly, he is the son of the former co-captain of the 1960 Ohio State team, Jim Herbstreit.

This personality graduated from Centerville High School in Centerville, Ohio. Moreover, he went to Ohio State University and graduated with a degree in business administration in the year 1993. 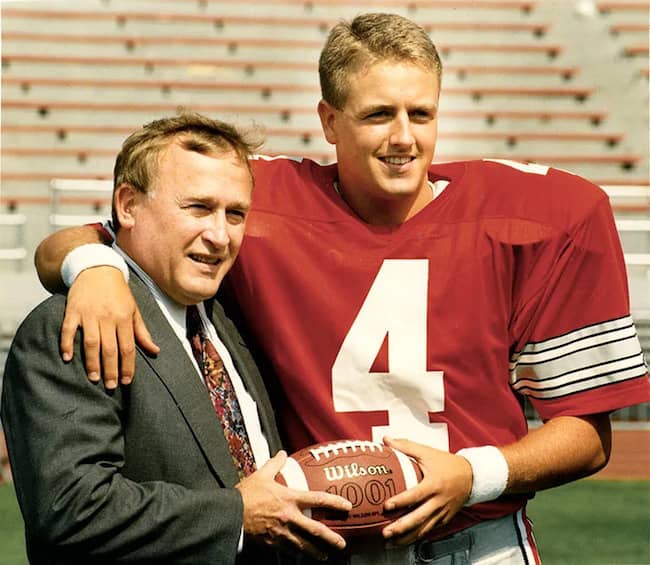 After graduating from Centerville High School, he played as a quarterback for the Ohio State University football team during his senior years. Similarly, after John Cooper was confirmed as the head coach of the Ohio State Buckeyes in the year 1988, he became the very first player to commit himself to the team.

And, in the next 5 years, he established himself as one of the major names on the team and became a four-time letter winner. During his tenure, Kirk played alongside Greg Frey and Kent Graham and also led the team in the year 1992. Further, he was voted the MVP in the 1992 season.

He and his father Jim became only the second father and son duo to represent the Ohio State as captains as his father had represented the 1960 Ohio State team as co-captain along with offensive tackle Jim Tyrer. Kirk also held the record of most passes completed by any player for Ohio State at one point, before it was broken by Troy Smith in the year 2006. 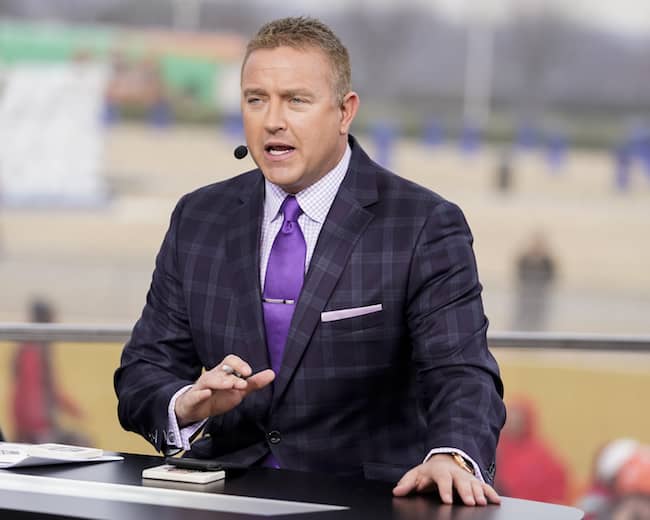 After ending his playing career, he became a commentator. Along with Desmond Howard, Rece Davis, and Lee Corso, he joined the expert panel in ESPN College GameDay set, discussing and analyzing the college football games, highlights, and player profiles.

Then, he joined ABC Sports’ college football primetime series as an analyst alongside Chris Fowler. For it, he was nominated for a 1997 Sports Emmy Award as television’s top studio analyst.

Later, he worked as a color commentator for ESPN on Thursday night games. He eventually started commenting on Saturday night college football games on ABC and became a host for the weekly college football radio program on the radio station 97.1 The Fan in Columbus.

On March 23, 2022, he was announced as the new color commentator for Thursday Night Football on Prime Video. And, that same day, Kirk agreed to an extension of his contract with ESPN to allow him to continue on GameDay, Saturday Night Football, and the NFL Draft, to go with his new NFL duties for Amazon.

Kirk met his wife Allison Butler at Ohio State, where she was a cheerleader. The two were married on June 13, 1998. Together, they have four sons. The couple had identical twin sons Jake and Tye born in 2000 and later two more sons, Zak and Chase, born in 2003 and 2006 respectively. The family moved from Ohio to Nashville in the year 2011 but now split their time between there and Cincinnati. 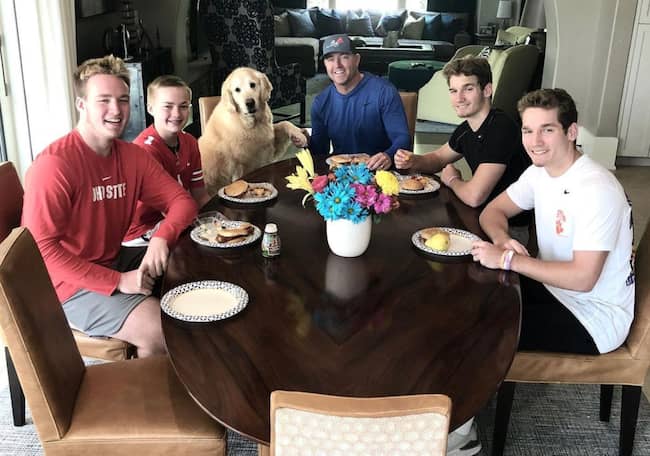 Caption: Kirk Herbstreit’s picture with his sons. Source: The

Kirk is 1.93 m or 6 feet 3 inches tall. Similarly, he weighs around 65 kilos. This personality has blue eyes and short blonde hair. Other than this, he has not provided his further body details to the public. Therefore, his chest-waist-hip, dress size, shoe size, etc are not known.