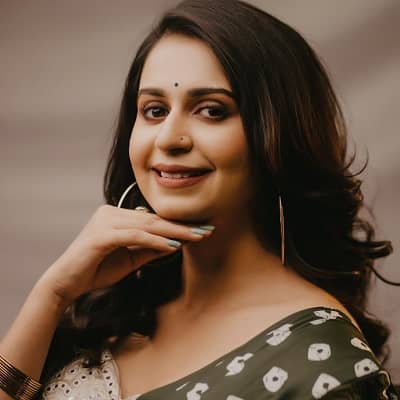 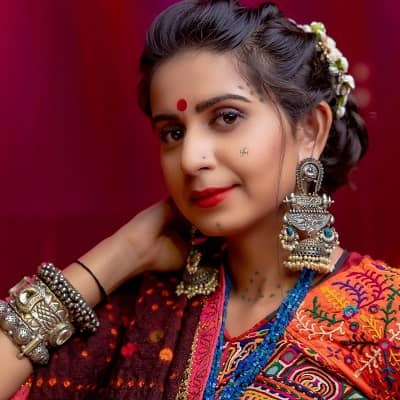 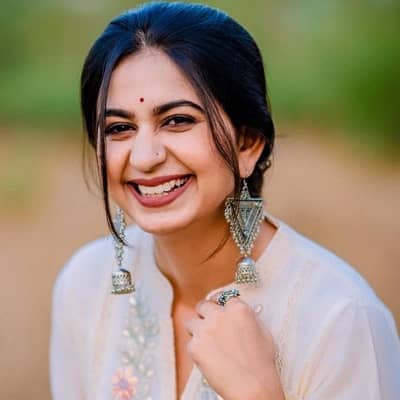 Kinjal Dave came to this world on November 24, 1999. Her hometown is in Jesangpara, Patan district, Gujarat, India. She holds Indian nationality and follows Hinduism. At present, she is 21 years old and her birth sign is Sagittarius.

His father’s name is Lalitjibhai and her mother’s name is Bhanuben. His father works in a diamond company whereas her mother is a houseworker. Moreover, she has a younger brother named Akash Dave. She studied at Maniba School, New Naroda, Ahmedabad, India. Likewise, she attended Patanjali Institute of Professional Studies, Gujarat, and graduated from there. 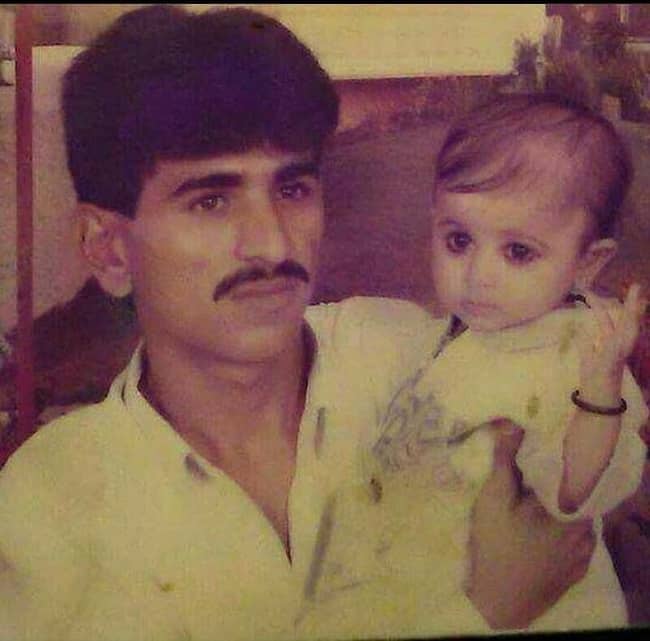 Kinjal made a debut in the music industry with her Gujarati song “Jonadiyo” in 2015. She gained wide attention for her hit song “Chaar Chaar Bangadiwali Gadi”. It came out in the year 2016. The song was viewed over million times and she got stardom not only nationally but also internationally. She, her publisher RDC Media and Saraswati Studio were sued by Red Ribbon Entertainment and Kartik Patel, for copyright infringement.

Kartik stated that the song is a copy of his original song with minor changes. Therefore, on YouTube 3 months before the release of her song, his song was uploaded. But, she claimed that it is an original song written in 2014 by Manubhai Rabari. 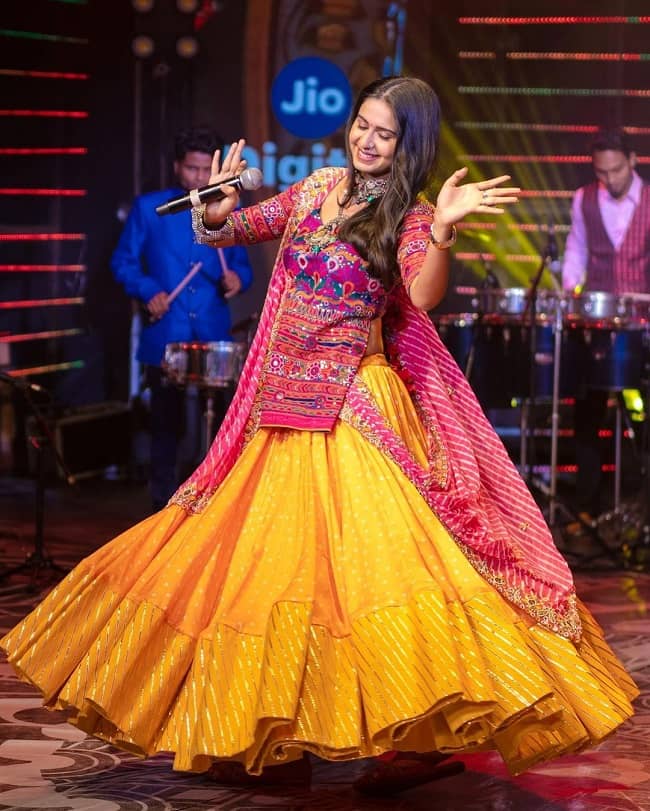 Caption: Kinjal Dave while performing on the stage. Source: Instagram

Also, she made her acting debut in the year 2018. Therefore, she made a debut in a Gujarati film named ‘Dada Ho Dikri.’ In the following year, this beautiful singer became a member of the Bharatiya Janata Party.

Talking about her awards and honors, she achieved the Gauravshali Gujarati Award at the 12th Gauravvanta Gujarati Awards. And, also received the Feelings Pride of India Award in the music category in 2020.

Reflecting on her personal life, on 18 April 2018, she engaged her long-term boyfriend, Pavan Joshi. Pavan is a businessman. She has not much revealed about her relationship with her boyfriend. But, she has posted many pictures with him on her social media profiles. However, as of now, they share a great bond and are living happily. 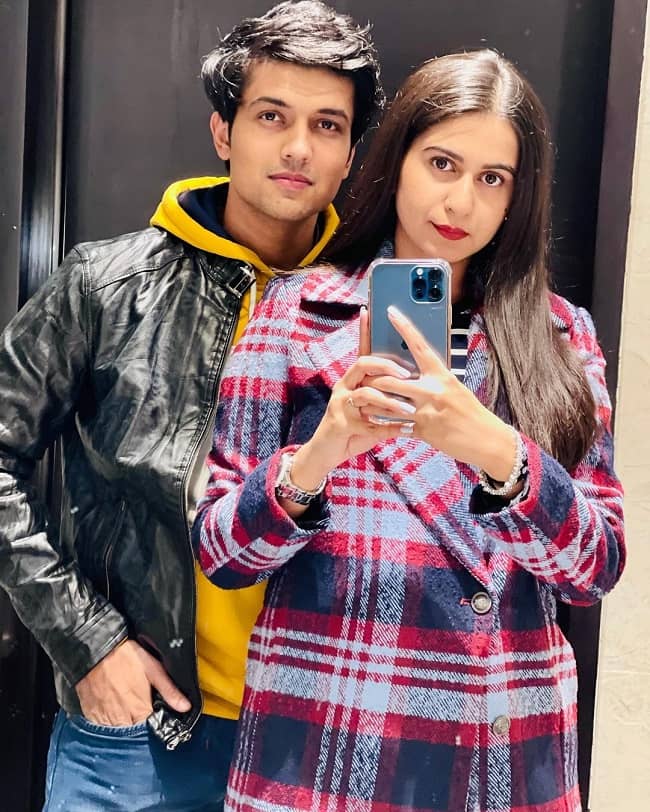 This singer is 5 feet 5 inches tall and weighs around 53 kilos. She has beautiful dark brown hair as well as eyes of the same color. Dave has a healthy and fine body figure. Her chest-waist-hip measurements are 32-26-32 inches respectively. Additionally, she wears number 5.5 (UK) shoe size.

Kinjal’s main source of income is from her singing and acting career. Also, she earns for singing at different events, bhajans, and live shows. However, she has a net worth of around 2.5 to 3 lakh INR.