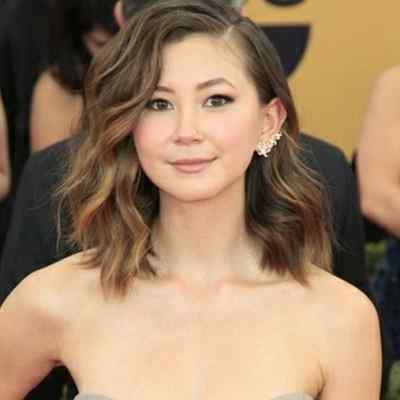 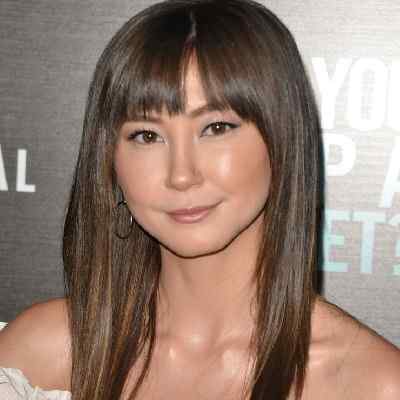 Kimiko Glenn is an American actress, singer, and Broadway performer. Kimiko Glenn is famous for her role as Brooke Soso on the Netflix original series Orange Is the New Black.

Kimiko Glenn is 33 years old. She was born on June 27, 1989, in Phoenix, Arizona, under the astrological sign of Cancer. Similarly, her full name is Kimiko Elizabeth Glenn. Her mother’s name Sumiko is Japanese. And her father’s name is Mark he is of Scottish, Irish, and German descent.

Likewise, she grew up with her sister named Amanda. She is a pescatarian. Currently, she resides in Los Angeles, California, United States of America. 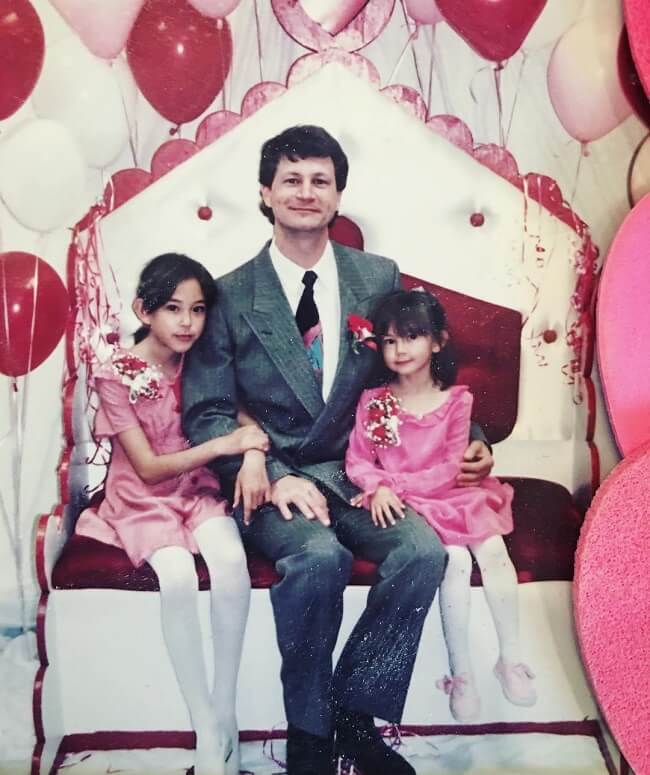 Caption: Kimiko Glenn on the left side of her father (Source: Instagram)

Moving toward her educational background, she went to the Interlochen Arts Academy boarding school in Interlochen, Michigan. Then, she attended to educated at Desert Vista High School.

Following that, she attended the Boston Conservatory for a year as a musical theatre major. But she dropped out when she was cast in the touring company of Spring Awakening. During her fifth grade, she started acting at the Valley Youth Theatre in Phoenix and many other local theaters.

Professionally, Kimiko Glenn is an American actress, singer, and Broadway performer. She gained popularity as Brook Soso in the Netflix series Orange Is the New Black. She made her debut as Thea in the first U.S. national tour of Steven Sater’s and Duncan Sheik’s rock musical Spring Awakening during her freshman college year in 2008.

In the year 2013, she acted in a breakthrough role as Litchfield Penitentiary inmate Brook Soso in the Netflix comedy-drama series Orange Is the New Black. She even received Screen Actors Guild Awards in 2014, 2015, and 2016 for Outstanding Performance by an Ensemble in a Comedy Series. In 2014, she made an appearance in the Lena Dunham-directed music video “I Wanna Get Better” for Jack Antonoff’s solo project Bleachers. 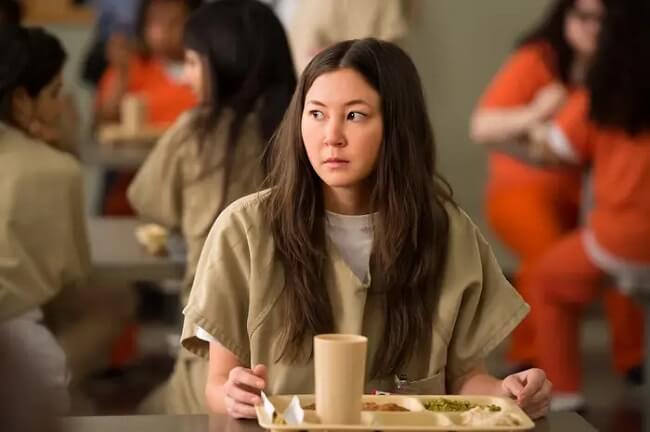 Caption: Kimiko Glenn on the character in the series Orange is the new black (Source: buzz feed)

Moreover, her preview performances began on March 25, 2016, at the Brooks Atkinson Theatre, and the show officially started on April 24. In 2018, she started starring as Harlow in the comedy Web television series Liza on Demand, with Travis Coles and creator Liza Koshy.

She has even provided the voices of Ezor in Voltron: Legendary Defender, Lena Sabrewing in DuckTales, and Peni Parker in Spider-Man: Into the Spider-Verse. In 2019, she appeared in several television shows like Welcome to the “Wayne,” “Carmen Sandiego,” “Catfish: The TV Show,” “Ghosting: The Spirit of Christmas,” and “The Lion Guard.”

From 2017 to 2020, she is appearing in the television series DuckTales in the recurring role of Lena Sabrewing (voice). Also, she is providing a voice as the character of  Tomiko in the series Elena of Avalor. Further, another running show of her is Liza on Demand where she acts as Harlow.

Speaking of Kimiko Glenn’s earnings, she is a famous American actress who has earned a decent sum of money throughout her acting career. She earned through the entertainment industry as a main source of income. Therefore, her estimated net worth is around $3 million and earns over $400,000 as a salary annually. Moreover, her net worth grew due to the success in her career as an actress and singer and for starring in movies such as Nerve and Like Father.

Reflecting on Kimiko Glenn’s personal life, she is currently in a relationship with actor Sean Grandillo. Likewise, he is an American actor, singer, and musician. The duo has been together since Valentine of 2015. They frequently post pictures with each other on Instagram. 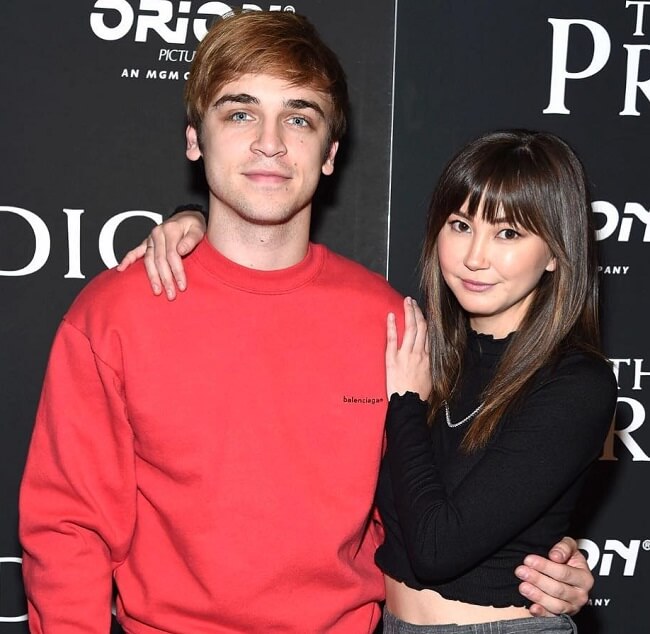 Caption: Kimiko Glenn posing for a photo with her boyfriend (Source: Instagram)

The couple celebrated three years of their togetherness in 2018. On the Instagram post for three years of togetherness, she wishes her boyfriend and wrote:  “Happy v day/3 yr anniversary to my lover in another place (one day we will spend this day together) you’re my whole heart & soul I love you so much #happyvalentinesday”

They are madly in love with each other as they usually share pictures of their romantic dates. Likewise, the duo usually appears together in red carpet events and other events. The couple also appeared together at the 2018 SAG awards. They even enjoy spending their vacation together.

Besides, they seem to be close with their two pets, a dog, and a cat, Arnold, and Gus. The duo loves them as their children. She indeed has such an adorable family. Moreover, this romantic couple is pretty expressive regarding their love for each other, and they might overwhelm us any time soon with their wedding plans.

Furthermore, she hasn’t been linked to any known controversy, rumors, and legal issues since coming to fame in 2008.

This beautiful 31-years-old Kimiko Glenn stands at a good height of 5ft 2inches (1.57 m) and weighs around 72kg. Likewise, she is fair in complexion and has brown hair color and brown eye color. She looks very charming and has a beautiful smile. Moreover, her waist size, hip size, and other information are not available.

She has been active on different social media platforms for years. She undergoes the username @kimikoglenn on social media sites. As of recent, she has accumulated over 113.4k Twitter followers and over one million Instagram followers.