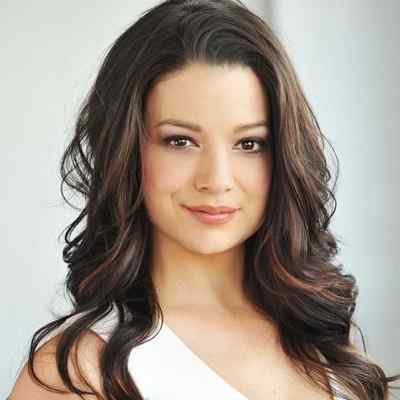 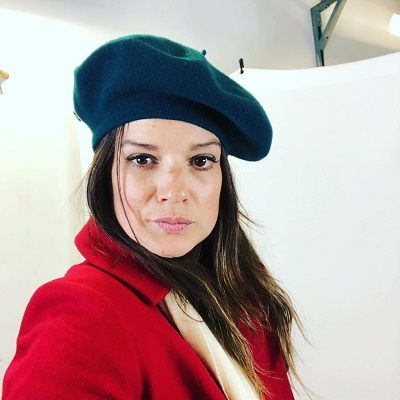 The prominent actress, Kimberly Sustad was born in Ottawa, Canada. Regarding her birthdate and age, she hasn’t publicized until now. But through her husband’s Instagram account, it has been known that she was born on the 27th of May. When she was young she had migrated to Winnipeg, Canada with her family. Similarly, she holds up Canadian nationality and her ethnicity is Caucasian. Besides this, she loves art since her childhood.

Though she loves cats but is also allergic to them. Once she had to take antihistamines, an anti-allergy drug, as most of her role in the film required her to be with a cat. This incident took place while she was filming ‘The Nine Lives of Christmas’.

Reflecting on her education, she had completed her bachelor in acting from the ‘Trinity Western University.’ Besides this, after her graduation, she had started to learn Theatre. Earlier she used to participate in school plays but learned the craft after she graduated high school.

Focusing on Kimberly Sustad’s career, she had begun her journey as an actor in Seattle. There she actively did theater for a while and worked with some great talents. She had even did several original plays with Lewis Black for the ‘Rep.’ Likewise, she had worked at ‘The Cheesecake Factory’ to earn extra money. She had even starred in many ‘Broadway’ productions, such as ‘Boeing-Boeing’ at Vancouver’s ‘Arts Club’ and ‘One Slight Hitch’ at ‘A Contemporary Theatre’ in Seattle.

Then, she had transformed her career when her manager recommended her name to actor-screenwriter Andy Tennant. Likewise, she had featured a role as a series regular. But unfortunately, the show got canceled. Then, she had shown up on a TV movie named ‘Thunderballs’. In this movie, she had featured as ‘Nikki’. In the year 2009, she had starred in a short titled ‘Live Henry Live’. After gaining a lot of frame from the movie ‘Thunderballs’, she realized that as an actor, she should be open to different platforms to survive. 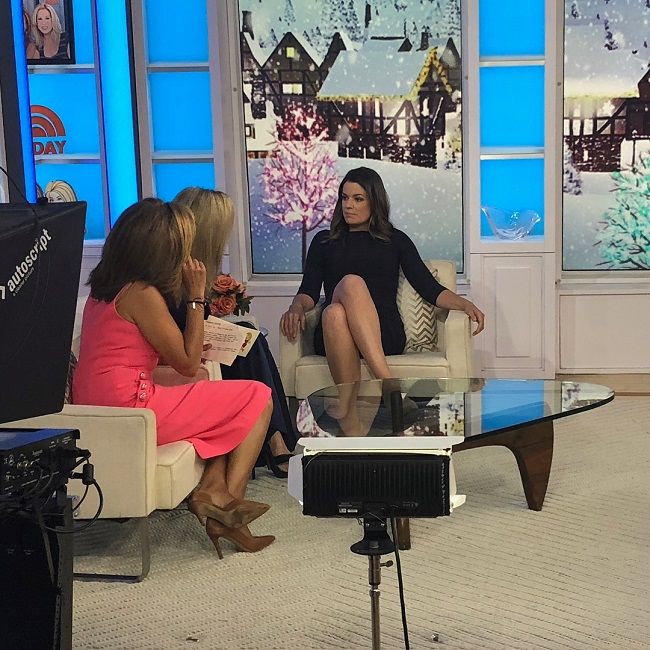 Then, she had started scouting for film roles and got an agent in Vancouver. Similarly, she had got the recurring role of ‘Brooke Cross’ in the year 2012. This is a Canadian–British science fiction ‘Primeval: New World.’ The same year, she had appeared in four more shows, ‘Alcatraz,’ ‘A Bride for Christmas,’ and ‘Supernatural.’ The next year (2013), she had featured in the police-procedural drama series ‘Motive’ and the Canadian science fiction ‘Continuum.’ As well as even appeared in the superhero comics video ‘Super Buddies’ from the ‘Air Buddies’ franchise.

Moreover, she had then switched her career from TV to films with the Canadian drama ‘Down River.’ She had appeared in the TV movie ‘Baby Sellers’ (based on child trafficking). Then, she continued working on TV and made appearances in series such as ‘Witches of East End,’ ‘The Nine Lives of Christmas,’ ‘Spooksville,’ and ‘A Bit of Bad Luck.’ In the year between 2015-2016, she had played in the Canadian spy thriller series ‘The Romeo Section.’ There she had starred the role as ‘Kelly Hadler’

Without a doubt, she surely earns a very good amount of money through a career as an actress. She might earn through other sources too, but she has not mentioned any. However, her estimated net worth is around $500 thousand is according to authoritative sources.

Kimberly Sustad is a married person. She has married her longtime boyfriend Scot Sustad. The couple had shared their vows in the year 2004. Reflecting upon her husband, Scot is the CEO of The Arrival Store. As well as the Vancouver-based website development agency ‘Digital Hot Sauce.’  He is a Canadian entrepreneur and community builder, The romantic couple started dating each other while studying at the ‘Trinity Western’. 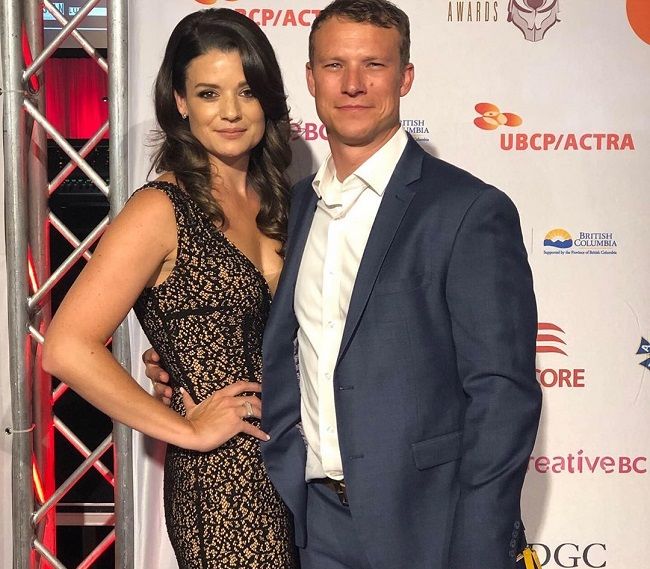 Similarly, in the year 2017, the couple got blessed with twin daughters named Vienna and Ari. And have a third daughter, too. Moving towards her past history, there was a rumor of their divorce began surfacing. Later the rumors later turned out to be false, and the two seem happy in their marriage. Similarly, there are also speculations that Kimberley and Scot may not be married at all.

The prominent actress, Kimberly Sustad stands the height of 5 feet 10 inches and weighs 57 kgs. She has the body measures of 32-25-35 inches having brown beautiful eyes and dark-brown hair.
Similarly, she is active on all of the social media platforms including Instagram and Twitter. She has gained over 7.6k followers on her Instagram having username @kimberleysustad. Then, she has gained more than 434 followers having the user name @stanleykarl42.