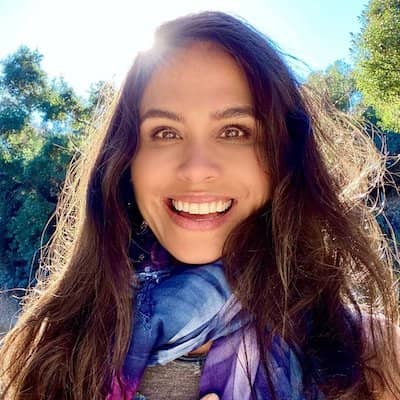 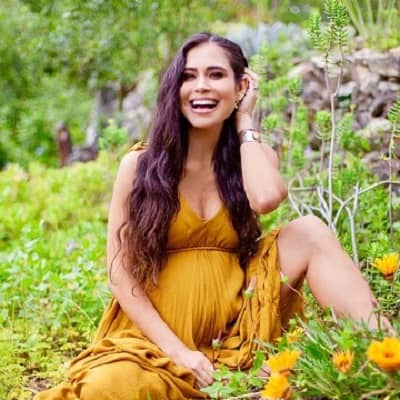 Kimberly Synder, who was born in the United States, celebrates her birthday on 6 February. She holds a mixed ethnicity, as her mother was Filipino. Similarly, she holds an American nationality. She is a non-vegetarian. Kimberly, who grew up with her parents, became strong after her mother’s death. Her mother, who hails from the Philippines, lived with a host family in the Bronx. Kimberly’s mom, who is a Fordham University graduate, had another daughter along with Kimberly and supported them throughout her life.

Her father admitted Kimberly’s mother to the East Coast hospital. The biopsy showed she had colon and liver cancer and gave a round of chemotherapy. Her father stayed every night in the hospital, but her mother took her last breath leaving over 40 years of married life with her father behind. Regarding her education, she graduated from Georgetown University. Moreover, she has also completed a three-year Ayurvedic Practitioner Program from the American University of Complementary Medicine (AUCM). 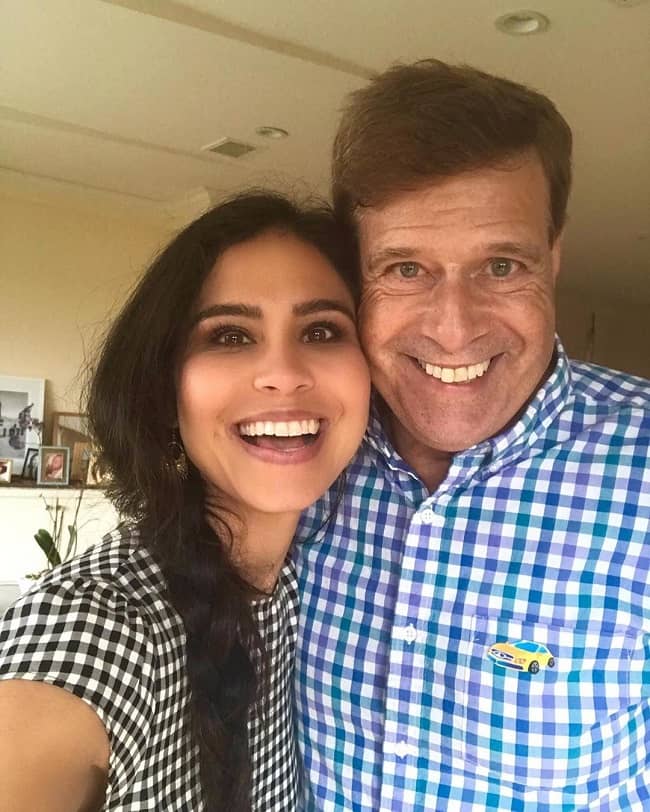 The passionate American nutritionist, Kimberly Snyder is a sought-after speaker, who follows her principles of proper food and a plant-based diet. She has appeared on various national shows and publications like The New York Times, Vogue, and Good Morning America. The multi-time New York Times and Amazon best-selling author is best known for her self-help books. She practices Vinyasa yoga and meditation with her husband John and has dedicated her life to inspire other people.

Kimberly has authored several cookbooks, religion-and-spirituality, and self-help books. The multi-time New York Times and Amazon best-selling author books include ‘The Beauty Detox Solution: Eat Your Way to Radiant Skin, Renewed Energy and the Body You’ve Always Wanted’ and ‘The Beauty Detox Power: Nourish Your Mind and Body for Weight Loss and Discover True Joy’. These books were co-authored by Deepak Chopra, one of the renowned American authors. She also appeared on ‘The Dr. Oz Show’, ‘The Today Show’, and ‘Access Hollywood’ as a nutrition and wellness expert.

Kimberly was also named in the list of top ‘results-oriented nutritionists’ by Vogue magazine. She began her career as a nutritionist first working for celebrities such as Drew Barrymore, Kerry Washington, and Fergie. Her expertise saw her establishing her own signature lifestyle brand (KimberlySnyder.com). She has ever since continued to build interest around the brand, which features supplements and information products, such as her flagship SBO Probiotic formula. Kimberly has released several dietary supplements and yoga products. Her fans can get diet tips on her podcast ‘Beauty Inside Out’.

In addition, she appeared in the health documentary ‘What the Health’. She enjoys the reputation of being the nutritionist for a number of celebrities, including Drew Barrymore, Channing Tatum, and Kerry Washington. In order to get rid of her acne and weight issues, Kimberly traveled across the world and discovered a large number of health and beauty techniques. She was exposed to various cultures which inspired her to pursue a career in the field of nutrition and wellness. Also, except for these things, she hobbies are reading, photography, learning, traveling, internet surfing, and to name a few. As health-conscious, she does not smoke and does not drink alcohol. 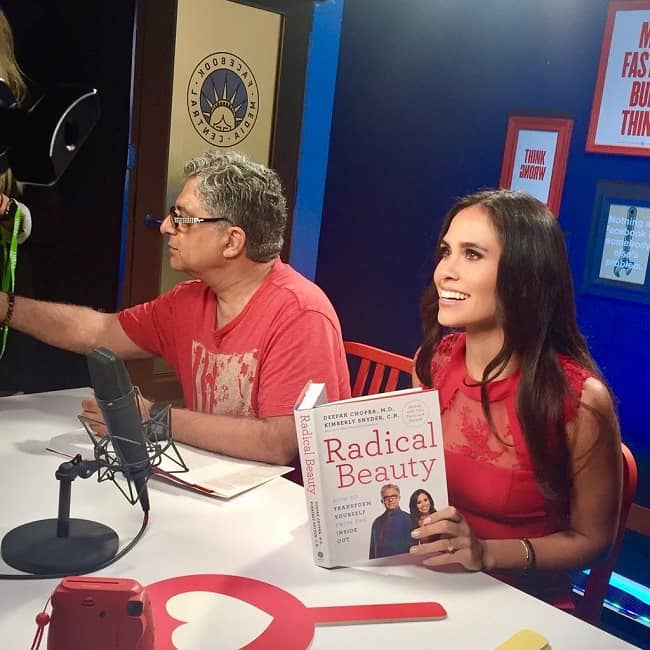 Kimberly has summoned her net worth from her career as a nutritionist and an author. According to Payscale, a nutritionist in the United States earns an average salary of $42,952 including $8,000 as commission and $15,416 as profit sharing amount. Their payroll varies between the amount of $29,495 to $72,284 along with a bonus between $487 to $11,014. Moreover, her other income source is from the books she wrote.

‘The Beauty Detox Solution’ author defines her husband John, as a heart-centered and generous person, who can quickly adapt and gain trust. The duo has visited several Asian countries including Korea and India and has traveled through African nations. Together, the couple has a son whom they call Lil Bub. The nutritionist revealed she was pregnant with a baby back in March 2016. She took her social media and flaunted her baby bump and walked around the beach. On her Instagram, Kimberly said that she and her baby Lil Bub ended walking up seven miles at the beach. When Lil Bub reached three months, he rejoiced his birthday with nine candles on the slice of cake in June 2016.

According to Kimberly, the nine candles indicate the age of 90 days for the couple’s son. In June 2018, the couple went to visit Kimberly’s father with their two-year-old son. The multi-time New York Times author’s husband John and their baby Lil Bub have blue eyes. Both Kimberly and her son Lil Bub enjoyed the ‘Father’s Day’ with a family smile. Kimberly and John are married since October 2012 and celebrated their first anniversary in 2013 with a sunset hiking. While rejoicing their day, the pair talked about their wedding. They meditate together and visit Lake Shrine in Los Angeles every week. 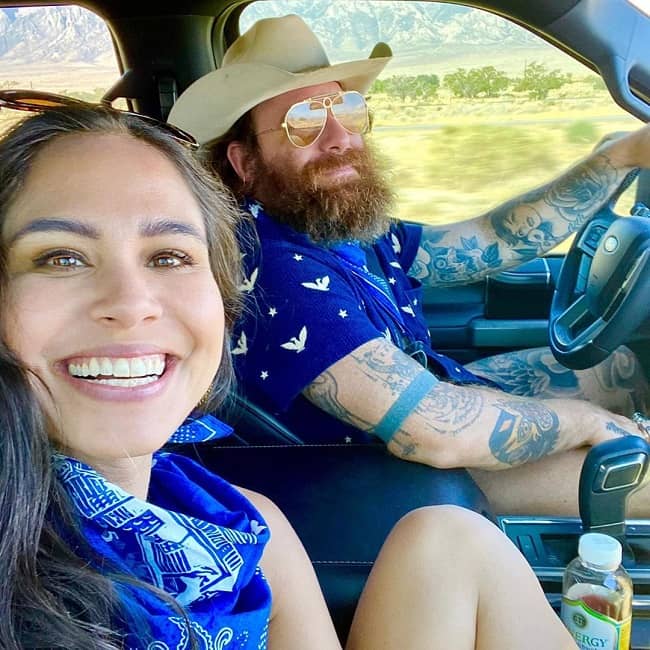 Regarding her body measurement, she stands at an average height and moderate weight. Her height is 5 feet 5 inches tall and her weight is around 110 pounds (49 kg). Moreover, she has a pair of beautiful brown eyes and pretty wavy brown hair. Other information regarding her body measurement is not available yet. However, she has a perfect slim figure even after she has become a mother. Kimberly has become the inspiration to a lot of women out there.

Talking about her presence on social media, she is very active there. She uses Instagram, Twitter, and also Facebook. The talented wellness activist even has her own YouTube channel with 24.3 K subscribers. In addition, Kimberly has her own website where she shares her thoughts and ideas through her blogs. On Facebook, she has more than 438 followers, on Twitter, she has 50.3 K followers, and on Instagram, she has 252.7 K followers. She quite often uploads any posts on her social media accounts.