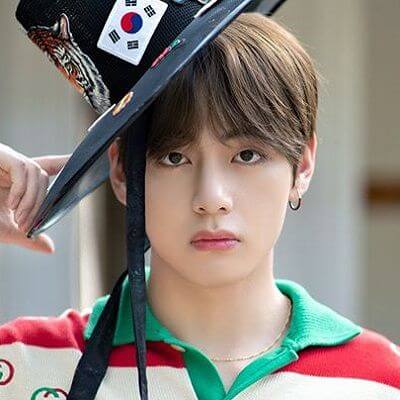 Kim Taehyung, better known by his stage name “V’, is the vocalist, dance line, and the second-youngest member of the popular boy band BTS. Kim Taehyung is a South Korean K-pop artist, singer, dancer, songwriter, and record producer. From award show stages such as billboards to Grammy, stadium tours, and concerts, the young man is known to uplift the audience with his songs, voice, and dance moves.

Kim Taehyung’s full name is Kim Taehyung. He is 25 years old. He celebrates his birthday on December 30 since he was born on the same day in the year 1995, in Daegu, South Korea.

His family consists of his mother, father, and two younger siblings, a brother and a sister. V says he grew up in Geochang along with his grandparents.  For V his father is his biggest role model.

He finished his high school education at Korean Arts High School in 2014 and is currently enrolled in Global Cyber University along with his bandmates. 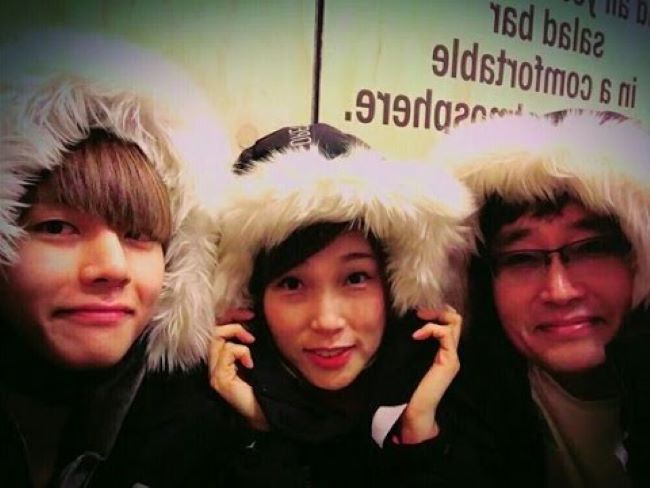 Kim Taehyung with his father and mother

Looking at his love life the media doesn’t have any information regarding his dating life and prefers to believe he is single. But, before his debut, he revealed to have liked a girl but couldn’t confess his love.

KimTaehyung very much likes to focus on his career and prioritizes his career foremost.

Kim Taehyung has a height of 5 feet 10 inches, which perfectly fits with his weight of 58 kg. His chest, waist, and biceps size is 38, 30, and 13 inches respectively.

Likewise, he has dark brown eyes. Like most celebrities, Taehyung keeps changing his hairstyles and colors often.

Furthermore, Taehyung has also gained attention for his cute acts, belly, and his broad shoulders. 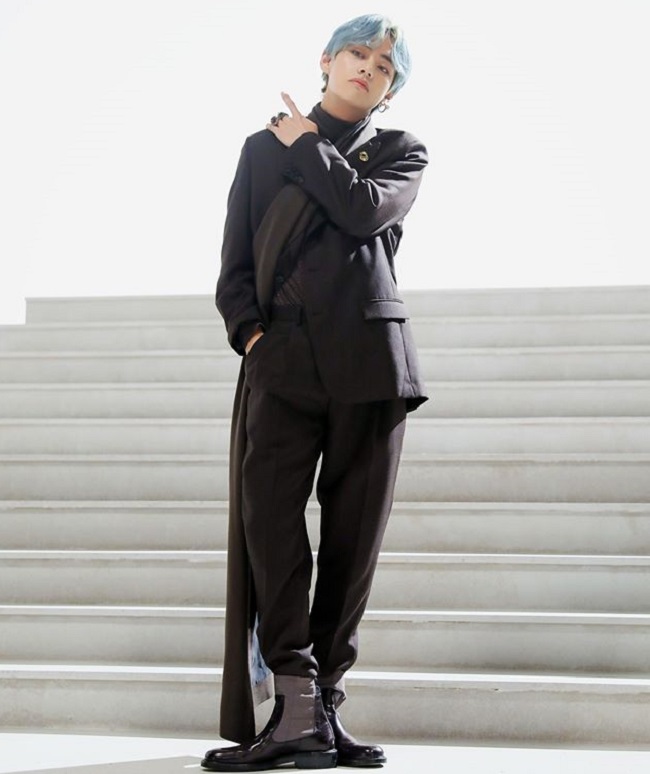 Kim Taehyung firstly found his interest in saxophone in his elementary days and wished to be a professional singer. Eventually, he took saxophone classes in his early middle school days.

V passed the audition program conducted by Big Hit Entertainment and initially became a trainee there.

He participated in their hit album The Most Beautiful Moment In Life co-writing and co-producing the song “Hold Me Tight”.

After this, Taehyung along with his bandmates released hit albums one after another. 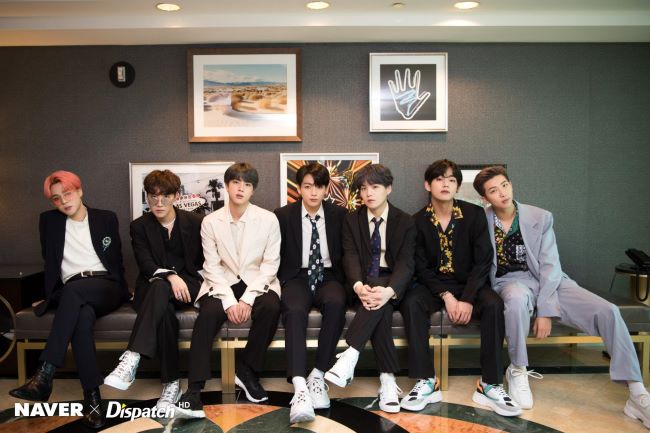 Furthermore, Taehyung is credited with music composition and lyrics for his solo song “Stigma” from the 2016 album Wings. “Singularity” is his second solo song released in May 2018, under BTS’ Album “Love Yourself: Tear”.

Coming to Taehyung’s solo projects, He debuted as an actor with a supporting role in KBS’s historical Drama Hwarang: The Poet Warrior Youth.

Likewise, V with his bandmate Jin also came up with an OSt for the drama entitled “It’s Definitely You”.

He has also so far released his covers of popular singles such as Hung Me, and Someone Like You (Adele).

He along with his bandmate Namjoon co-produced a song named “4 O’Clock” to celebrate their 4th anniversary.

Taehyung released his first solo single named “Scenery” through the group’s SoundCloud. His song broke records on Soundcloud and other Charts.

He together with his bandmate J-Hope has collaboratively with Swedish singer Zara Larson to release a song for their mobile game BTS World entitled “A Brand New Day”.

Kim has won over the world with his super soothing, low, and deep tones.  In 2017, his first-ever Ost for his first-ever drama was nominated for Best Ost Award at the MMA.

Likewise, for the same drama, he won the Best Idol Actor Award in 2018 at Soompi Awards.

Together with BTS, he has won Billboard’s Top Social Artist Award three times in a row. V with his bandmates won all four Daesang Award categories in Mnet Asian Music Awards.

Furthermore, with his solo track under BTS, “Singularity” won  Best Choreography in 2019 at the Soompi Awards.

The Guinness World Records organization has also confirmed that Taehyung along with his band, has broken three major records in total.

Taehyung’s estimated net worth is around $8 million. Besides being a talented singer, and artist, he has a charismatic personality. His attractive visuals have contributed to his success.

Taehyung too like his bandmates band has so far received a massive fan following and popularity not just in South Korea but in other parts of the world too.

For instance, BTS’s official Twitter account has around 22M followers. But however, they do not have personal social media accounts. They use their band account to connect.