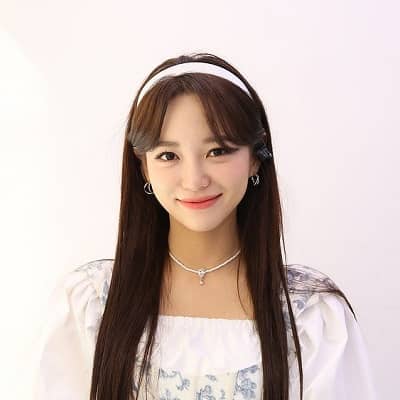 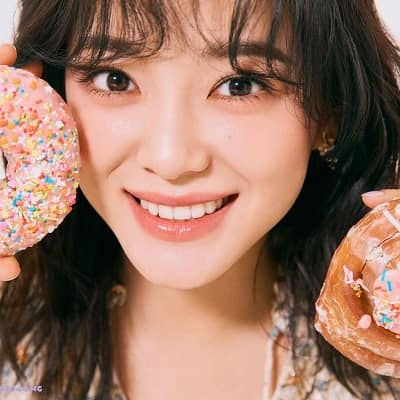 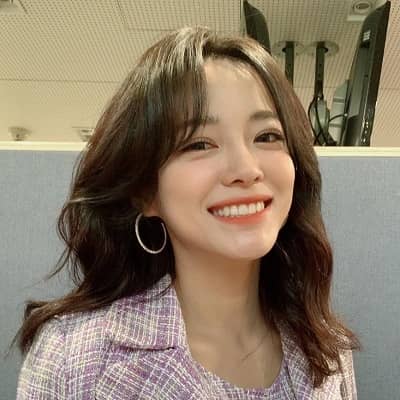 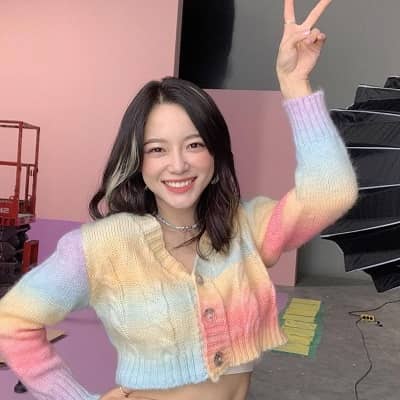 Kim Se Jeong is a prominent South Korean singer-songwriter, actress, and MC. Kim Se Jeong gained fame initially as a member of I.O.I. and later as a prominent actress appearing in popular series and shows including “School 2017”, “I Wanna Hear Your Song”, “Law of the Jungle in Sumatra”, and “Busted!” among others.

Kim Se Jeong was born on August 28, 1996, and she is currently 24 years old. Her name is written in her native Korean language as 김세정 and in Hanja as 金世正. Se Jeong hails from Gimje, North Jeolla, South Korea, and her zodiac sign is Virgo. Later on, her family moved to Anyang, Gyeonggi. There, Se Jeong, her mother, and her elder brother stayed at her aunt’s house.

Her parents split when she was just a child. Following this, Se Jeong and her brother grew up with their mother only. Moreover, Se Jeong contacted her father only when she reached the third year of middle school. At present, she studies practical music at Hanyang Women’s University.

Professionally, Kim Se Jeong is a popular singer-songwriter and actress. As a South Korean artist, Se Jeong’s management agency is Jellyfish Entertainment. She is internationally famous as a member of the girl group I.O.I. Before her debut with the group, Se Jeong won second place in Produce 101. It is a survival show on the channel Mnet.

Furthermore, as a singer, Se Jeong is also a past member of Gugudan as well as its subgroup Gugudan SeMiNa. After Gugudan disbanded, Se Jeong is now active as a solo artist as well as an actress.

In the year 2012, Se Jeong participated in K-pop Star 2 when she was only 16 years old. In this competition TV show, the singer didn’t make it through the 2nd round ranking audition. However, Yang Hyun-suk brought Se Jeong back as a wildcard for the casting round. During this round, Se Jeong performed a duet with Jo Yoo-min with the song I Need A Girl originally by Bigbang’s Taeyang. 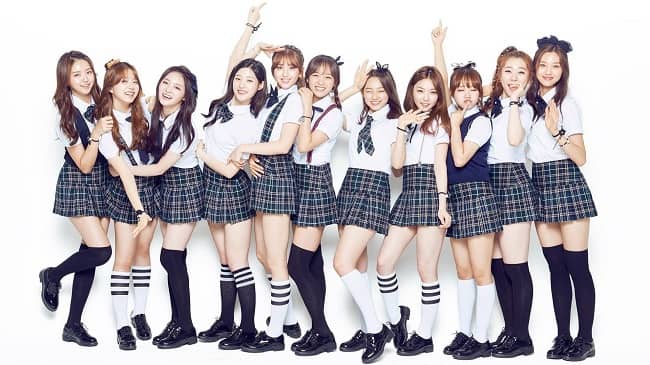 Caption: Kim Se Jeong posing for a photo as a part of the girl group I.OI. Source: Medium

In January 2016, Se Jong, Kim Na-young, and Kang Mi-na together represented Jellyfish Entertainment on Produce 101. They competed in this reality survival show to get a chance to debut in a Mnet girl group. Se Jeong won #1 on several episodes and hence earned the nickname “God Sejeong”. The singer ended in 2nd place overall and hence became an official member of I.O.I. However, the girl group disbanded at the end of January 2017.

Apart from singing, Kshe is also an established “ace” in variety shows. The singer also hosted Talents for Sale alongside popular personalities Kim Jong-kook, Lee Seo-jin, and Noh Hong Chul. This news was confirmed in April 2016. During this program, Se Jeong showcased a variety of talents and subsequently earned the nickname “Variety Cheat Key”.

Then in March 2017, Se Jeong joined the Law of the Jungle in Sumatra team for this reality documentary. The singer displayed her athletic and survival skills during this documentary. Some skills she showcased were diving and fishing for several episodes. This also earned the singer a new nickname “survival ace” from the producers of this program.

Kim Se Jeong then received the award “Best Challenge Award” at the 11th SBS Entertainment Awards. She also became one of the fixed cast members in Busted! It is a Netflix variety show and this confirmation was revealed in September 2017. The same month, Se Jeong became a permanent host for OnStyle’s Get It Beauty.

In July the same year, she played her first major acting role. She was the lead actress in School 2017. She played the role of the character Ra Eun-ho in this teen drama. Likewise, other lead actors for this drama were Kim Jung Hyun as Hyun Tae Woon, Jang Dong Yoon as Song Dae Hwi, and Han Sunhwa as Han Soo-ji. 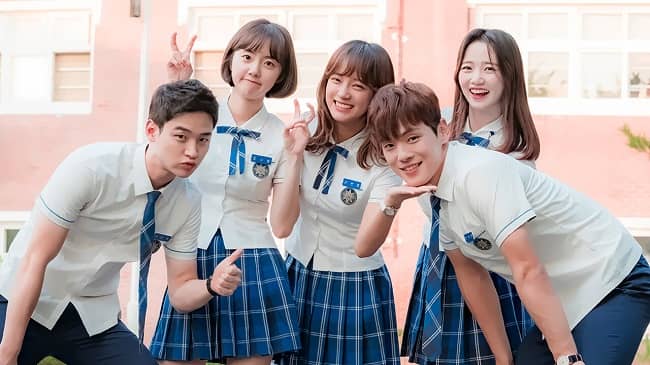 Caption: Kim Se Jeong posing for a photo with the co-stars of ‘School 2017’. Source: Picadrama

In the year 2019, Se Jeong played a lead role for the second time in I Wanna Hear Your Song. After a year of hiatus as a singer, she released the song Tunnel on 2nd December 2019. She followed this with her 1st EP Plant (화분). The singer wrote as well as composed all the EP’s tracks except the title track.

A year later in 2020, Se Jeong sang All of My Days. This is one of the OSTs of Crash Landing on You. The latter is an internationally famous drama series featuring Hallyu stars Hyun Bin and Son Ye Ji. She also sang the song What My Heart Says, an OST for the drama Record of Youth.

Additionally, Kim Se Jeong made her musical debut with Return: The Promise of the Day. She then worked on the drama project The Uncanny Counter. For this drama, Se Jeong also wrote as well as composed the OST song Meet Again.

Recently, on 9th March 2021, there was a revelation that she was in the middle of preparing for a comeback as a singer. She released the teaser video for her comeback on March 17. Later, on 29 March 2021, Se Jeong released the song Warning. It is the lead single for the singer’s 2nd EP called I’m.

There was news regarding Se Jeong’s work on her 2nd musical appearance in Red Blood on April 5, 2021. Then on May 4, 2021, the singer along with the fellow members of I.O.I celebrated their 5th debut anniversary. The girls had a reunion live stream show Yes, I Love It!

Kim Se Jeong is most probably single at present and more focused on her singing, acting, and MC career. The South Korean singer has not shared any social media posts regarding this matter either.

Her height is approximately 1.64 meters or 5 feet 4 inches and her body weight is around 48 kgs. Se Jeong’s other body measurement details like her chest-waist-hip measures, dress size, shoe size, etc are not available. Moreover, Se Jeong has dark brown hair and eyes of the same color. 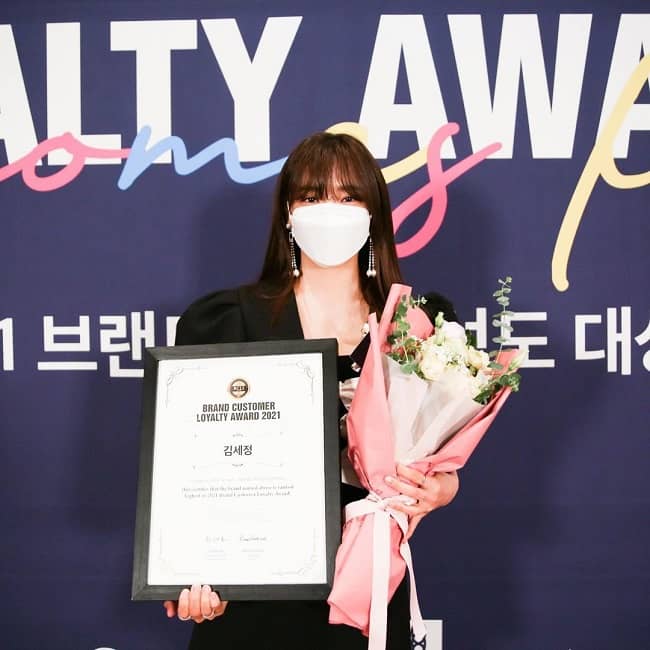 Caption: Kim Se Jeong posing for a photo with her award at the 2021 Brand Customer Loyalty Grand Prize. Source: Instagram

Talking about her social media presence, Kim Se Jeong joined Twitter in February 2021 and so far has over 37.3K followers on her @0828_kimsejeong account. Likewise, the singer-actress has two official Instagram accounts.

One is @clean_0828 with 2.7 million followers and another is @official_kimsejeong with 59k followers while writing this biography. The singer also has an official account on Weibo as KIMSEJEONG_金世正 and on Vlive as 김세정 (KIM SEJEONG).

Similarly, the singer-actress also created her official “OFFICIAL KIMSEJEONG” Youtube channel on February 3, 2021. So far, this channel has garnered over 11 million views and 139K subscribers. Moving on, Se Jeong’s net worth and earnings are still under review. However, some sources estimate that Se Jeong has a net worth of approximately $1 million to $5 million US dollars.