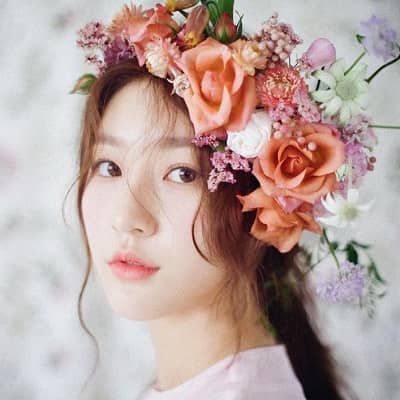 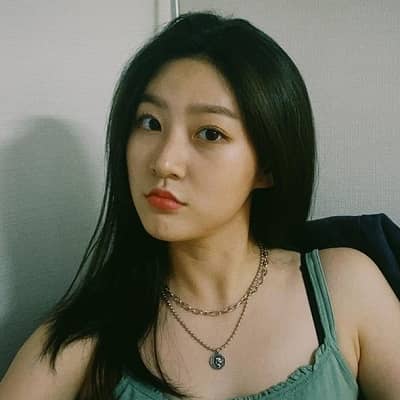 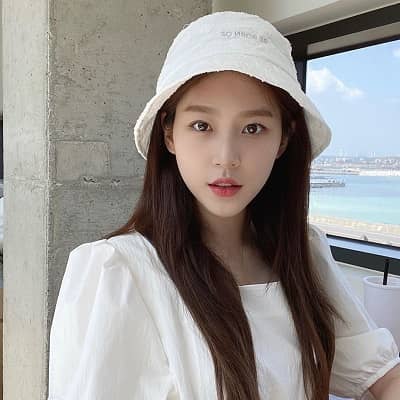 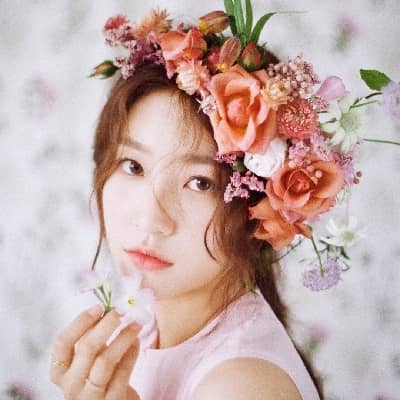 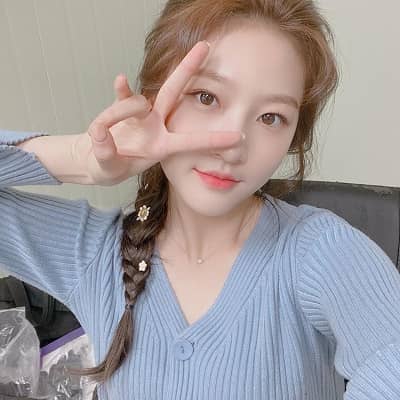 Kim Sae-Ron is a well-known South Korean actress. Kim Sae-ron started her acting career at the age of nine and became a famous child artist with the movies ‘The Man From Nowhere’ and ‘A Brand New Life’.

Kim Sae-ron was born on July 31st, 2000, in Seoul, South Korea. She is currently 20 years old and her birth sign is Leo. Talking about her family background, she has two younger sisters, named Ah-ron and Ye-ron. They are also actresses. Moreover, her mother’s name is Dain. She studied at Miyang Elementary School and then graduated from the Yang-il Middle School.

Later on, she attended the School of Performing Arts Seoul. In 2018, she was admitted to Chung-Ang University, the Department of Performing Arts and Film Studies. She likes to dance and practice with her friends and dance teacher in her free time. Moreover, she has a Siamese cat named Chalddeok. 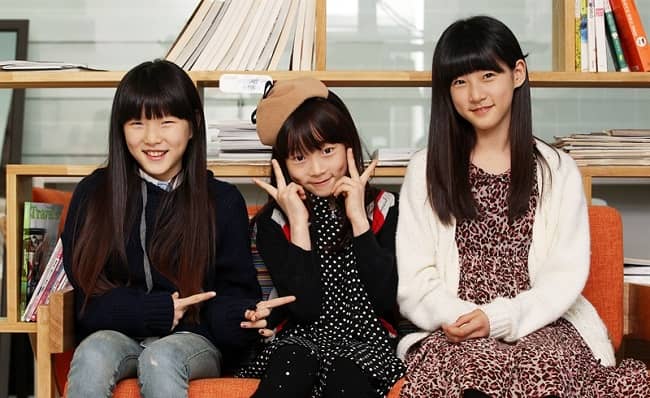 Caption: Kim Sae-ron and her sisters picture when they were young. Source: Channel-Korea

Kim began her career in acting in 2009, by appearing in the flick ‘A Brand New Life’. Then she did the movies ‘The Man from Nowhere’ and ‘I Am a Dad’. Similarly, in 2011, she was cast as young Bong Woo-ri in the series ‘Can You Hear My Heart?’ The same year, she appeared in the TV series ‘Heaven’s Garden’.

Then in 2012, the actress guest-starred in an episode of ‘The Human Condition’. During that time, she also appeared in the movies ‘Barbie’ and ‘The Neighbor’, playing roles of Soon-young and Yoo Soo-yeon respectively. Moreover, she also did a few TV programs in 2012, namely ‘Fashion King’, ‘I Need Romance 2012’, and ‘Mom Is Acting Up’.

Soon after this, she got featured in the series ‘The Queen’s Classroom’ as well as in Shinee’s music video for ‘Green Rain’. In the year 2014, the South Korean star acted in the movies ‘A Girl at My Door’ and ‘Manhole’. In the same year, she was also cast as Lee Seul-bi in ‘Hi! School: Love On’. In addition to these, she also appeared in music videos for Block B and 5urprise in the year 2014.

The following year she had roles in the television dramas ‘Snowy Road’, ‘To Be Continued´ and ‘Glamorous Temptation’. She joined ‘Show! Music Core’ as a host in 2015. In the following year, she did a cameo in the flick ‘The Great Actor’. Moreover, in 2016, she also portrayed the role of Princess Seo-ri in the television drama ‘Mirror of the Witch’. The actress was cast as Kang Yeong-ae in the film ‘Snowy Road’ in 2017.

Her performance as a 15-year-old comfort woman was praised by both critics and viewers, and she was awarded Best Actress in a Foreign Film at the Golden Rooster and Hundred Flowers Film Festival. Then, she played the main character in the television series To Be Continued and the younger version of Choi Kang-hee’s character in ‘Glamorous Temptation’.

She was cast in her first adult role in the 2016 television drama series ‘Secret Healer’ playing a cursed Joseon-era princess. Further, her character has a fictional romance with Heo Jun, played by Yoon Shi-yoon, who is 14 years she senior. She signed with YG Entertainment in November 2016.

Further, In November 2019, it was reported that her contract with YG Entertainment has expired and that she would be leaving the company. Similarly, in January 2020, she signed with Gold Medalist along with actors Kim Soo-hyun and Seo Ye-ji. 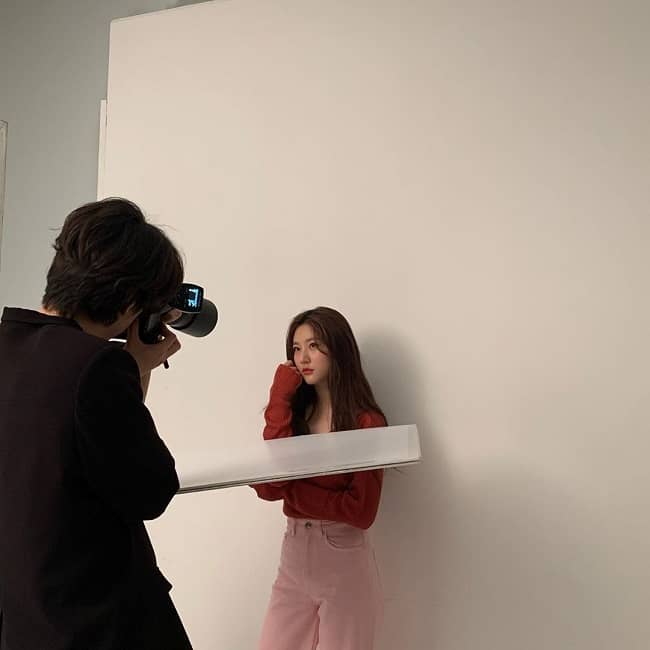 She has received many awards throughout her carer. However, her numerous honors include a 2010 Korean Film Award and a 2013 MBC Drama Award. Moreover, she was the first Korean film to win Best Film at the ‘Giffoni International Film Festival’ in 2012. She also won a Best Young Actress Award at the 2013 MBC Drama Awards.

Furthermore, she was nominated for many awards, winning Best New Actress at the 35th Blue Dragon Film Awards and Golden Cinematography Awards. Further, she was awarded Best Actress in a Foreign Film at the Golden Rooster and Hundred Flowers Film Festival.

Concerning her personal life, she has no records of her past relationships. She seems to be currently focused on her career. She is not known to be having any boyfriend. It looks like she is very focused on her career that she doesn’t have time for any specific person that she could call ‘mine!’. Therefore, she has been an amazing individual who could give separate space to her personal and professional life.

Kim is a pretty girl who has an amazing personality. She stands the height of 5 feet 6 inches tall and weighs around 52 kgs. Her blood type is ‘B’. She has a pair of brown eyes and also has brown hair. Her chest-waist-hip measurements are 29-22-31 inches respectively. Moreover, she wears a bra size of 34A (US) or 75A (EU). 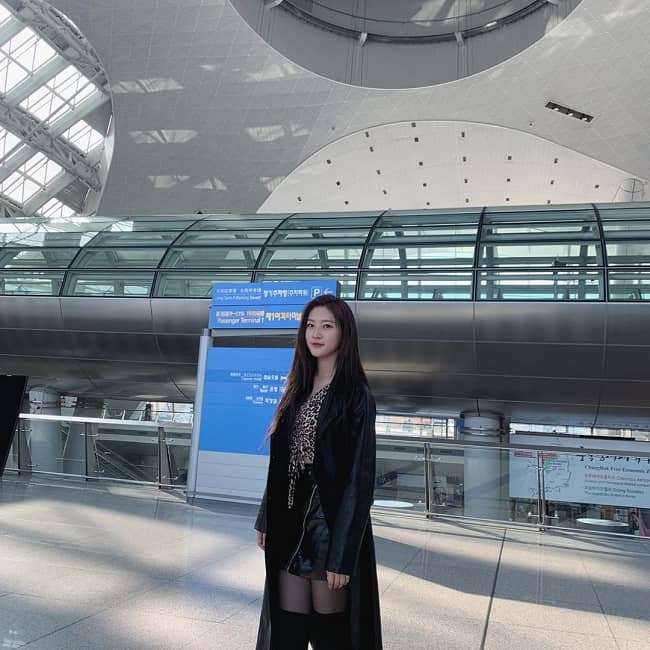 She is a young and rising actress. She is sure to make a good amount of money for herself. However, she has an estimated net worth of around $200K – $2 million.