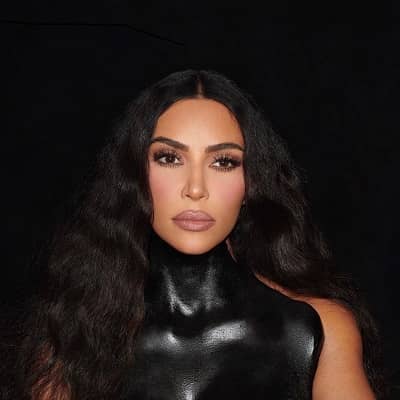 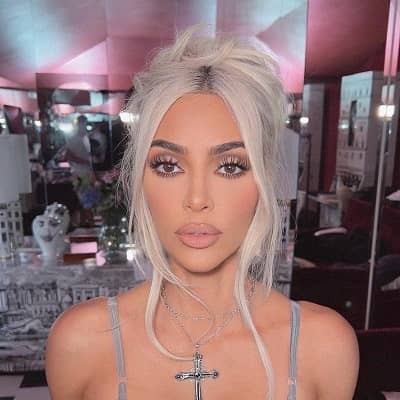 Kim Kardashian a reality TV personality, socialite, actress, businesswoman, and model from the United States. Moreover, Kim Kardashian along with her family is the star of the reality show, Keeping Up with the Kardashian. Kim became more well-known due to the scandalous video she made with her ex-boyfriend Ray J.

Kimberly Noel Kardashian best known as Kim Kardashian was born on the 21st of October, 1980, in Los Angeles, California, the United States of America. According to her date of birth, she is 41 years old and holds an American nationality.

She has a zodiac sign of Libra and she belongs to mixed ethnicity of Dutch, English, Armenian American, Irish, and Scottish. 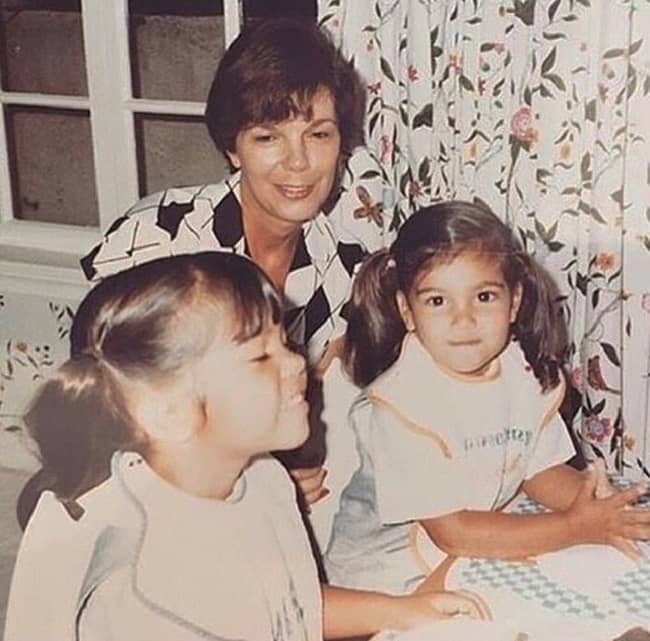 Kim is the daughter of Robert Kardashian(father) and Kris Jenner(mother). Regarding her siblings, she has an older sister Kourtney and a younger sister, and a brother, Khloe, and Rob.

Her mother remarried Caitlyn Jenner after her divorce from her father. Kim has step-brothers Burton “Burt”, Brandon, and Brody, step-sister Casey, and half-sisters Kendall and Kylie Jenner through her mother’s other marriage.

Regarding her education, Kim attended Marymount High School in Los Angeles which is a Roman Catholic girls’ high school. She used to work for her father’s business while she was studying in high school. Moreover, she has just one more step to go before she can work as a lawyer.

Kim Kardashian co-owns “D-A-S-H clothing boutiques” with her sisters Kourtney and Khloe and is actively expanding them as of 2006. Vivid Entertainment exposed a sex tape recorded by Ray J and Kim Kardashian in 2003 in February 2007. She started “ShoeDazzle” in 2007 along with her three business partners, Brian Lee, Robert Shapiro, and MJ Eng.

Moreover, she debuted in the reality television series “Keeping Up with the Kardashians” in October 2007 alongside her mother Kris Jenner, step-parent Caitlyn Jenner (Bruce), siblings Kourtney, Khloe, and Rob Kardashian, and half-sisters Kendall and Kylie Jenner.

She appeared in the spoof disaster movie “Disaster Movie” in 2008, marking her feature film debut. In addition, she made a brief cameo appearance in an episode of the sitcom “How I Met Your Mother” in January 2009.

She started serving as an “America’s Next Top Model” judge in August. Moreover, she became the face of the “Kiss Away Poverty” campaign when the Seven Bar Foundation launched it in September. She had a guest appearance on “CSI: NY” on CBS in December.

She and her sisters launched clothing lines for “Virgins, Saints, and Angels” and “Bebe stores” in 2010. Additionally, the “Kardashian Glamour Tan” sunless tanner was released by her and her sisters. She played Summa Eve in the movie “Deep in the Valley” in January 2010.

Moreover, she worked as a producer for the reality tv show “The Spin Crowd” in November. She co-wrote the book “Kardashian Konfidential” with her sisters Kourtney and Khloe, and it was published on November 23. She recorded the music video for the song “Jam” in December.

She introduced her third fragrance, “Gold,” in April 2011. She launched her fourth fragrance, “True Reflection,” in March 2012. Voiced the part of an alien in a season 11 episode of the adult animated sitcom “American Dad!” between 2014 and 2015. Kim Kardashian: Hollywood, a mobile game for iPhone and Android, was released by her in June 2014.

She served as the cover girl for “Vogue Spain” in August 2015. Later, she published the “Kimoji” emoji pack for iOS devices in December. She additionally produced a photobook titled “Selfish.”

On June 8, 2018, she had a cameo appearance in the heist movie “Ocean’s 8.” She founded the shapewear business Skims in 2019, which was formerly known as “Kimono” but changed its name in reaction to intense criticism.

Additionally, she has increased her political engagement by pushing President Donald Trump to implement prison reform and to reduce the sentence of Alice Marie Johnson.

She has frequently argued in favor of recognizing the Armenian genocide. She also wants to pursue a legal career by finishing a four-year internship with the legal nonprofit #cut50, which was co-founded by Van Jones.

Likewise, she has earned two Choice TV: Female Reality/Variety Star Awards in 2012, and 2013. Moreover, she won the Choice TV Show: Reality in 2016. In 2014, she earned the Golden Raspberry Award for Worst Supporting Actress.

She also won the People’s Choice Award. Kim also won the Glamour Award for Entrepreneur of the Year. In addition, she won the CFDA for Influencer Award in 2018.

According to Forbes, Kim’s net worth as of 2022 is $1.8 billion. She receives between $10,000 and $20,000 every post while promoting products for various firms on social media, where she has millions of followers. However, she has not shared information regarding her salary in public.

As of now, Kim is single. But, in past, she has been in several relationship affairs. Regarding Kim’s previous relationship or affair, at the age of 19, she parted ways with music producer Damon Thomas.

She stated that physical and emotional abuse from Damon were the causes of their divorce when they filed for it in 2003. She married NBA star Kris Humphries on August 20, 2011, but filed for divorce 72 days later.

In 2013, the divorce was finalized. She was seen with renowned rapper Kanye West at the start of 2012. The couple made their first child’s announcement in public in December 2012. 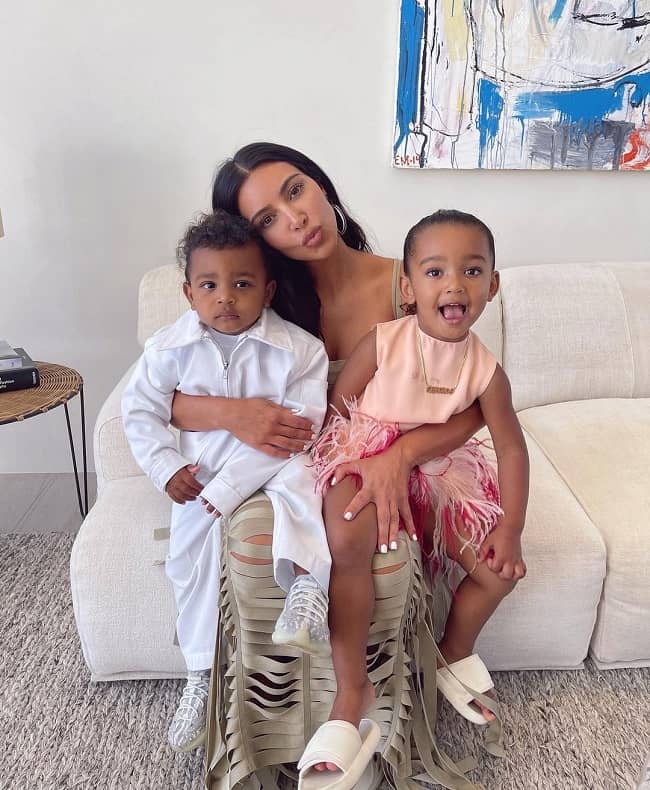 On May 10, 2019, her fourth child, a son, was born. His name was Psalm. But unfortunately, the pair separated in 2020. After that, she started dating an American comedian Pete Davidson in November 2021. But, the couple split in the early week of August 2022.

Well, this superstar has been in the news a lot since she was young. Many discussions were created by Kim’s controversial video with her ex-boyfriend Ray J. When she wed Kris Humphries, she made headlines once more since it was the most expensive wedding of the decade.  Additionally, she was reported to have insulted Indian cuisine, which sparked yet another controversy.

Kim stands 5 feet 3 inches tall with weights around 65 kg. Moreover, this superstar has black hair with dark brown eyes color. Likewise, her body measurements measured at 34-26-39 inches and she wears a dress size of 12 (US) and a shoe size of 7(US).