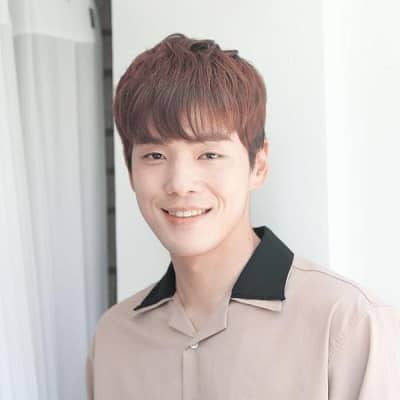 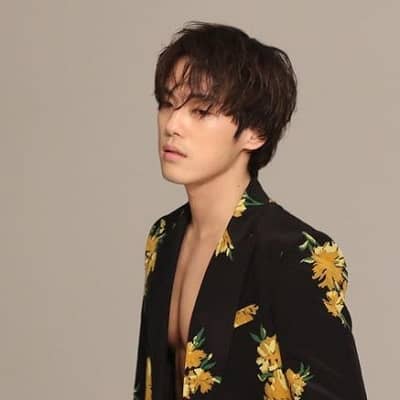 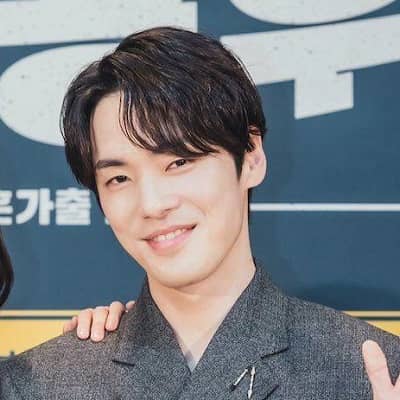 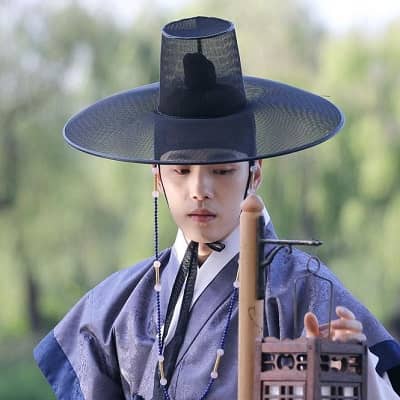 Kim Jung-hyun is a popular South Korean actor. Kim Jung-hyun has been active in the entertainment industry since the year 2015. The actor gained fame through his various roles in numerous films and TV dramas including “Mr. Queen”, “Crash Landing on You”, “The Rebel”, “School 2017”, “School 2017”, and “Stay With Me” among others.

Kim Jung-hyun was born on April 5, 1990, and he is currently 30 years old. Jung-hyun hails from Busan, South Korea, and his zodiac sign is Aries. Talking about his educational journey, he attended Korea National University of Arts. Jung-hyun majored in Acting.

There is no insightful information regarding his parents, siblings, and other family details. At the young age of 21 years old, he completed his mandatory military service as an assistant in Kangwon-do’s 3rd division. Moreover, his name is written in Korean as 김정현. Caption: Kim Jung-hyun appearing on the poster of the drama ‘Crash Landing on You’. Source: Instagram

Professionally, Kim Jung-hyun is a prominent South Korean actor. The actor made his acting debut in the year 2016 with the movie Overman. Jung-hyun received nominations for his role in this movie in the category “Best New Actor” at the 25th Buil Film Awards and 22nd Chunsa Film Art Awards.

Moreover, this movie premiered at the 2015 Busan International Film Festival. The same year, Jung-hyun also made his small-screen debut with the drama Jealousy Incarnate (aka Don’t Dare to Dream). For this TV drama, Jung-hyun played the role of the character Pyo Chi-yeol. This character is actress Gong Hyo-jin’s little brother in the hit romance-comedy.

Then he landed his first lead role in the drama School 2017. The actor dropped out of his drama Time halfway through. It was due to his eating and sleeping disorder. Furthermore, he states that Crash Landing on You was a turning point for him in his life. This TV drama helped the actor gain his self-esteem and to love himself again.

Moreover, he had already been acting in several Musical theatre plays prior to his TV debut. The prominent actor also starred in the historical drama The Rebel in the year 2017. This series was a critical and commercial success. He also won the “Best New Actor” award at the 2017 MBC Drama Awards for his role in this TV drama.

The same year in 2017, he also appeared as Go Man-soo in the MBC’s 2-episode series, Binggoo (aka Frozen Love) alongside Han Sun-hwa. Following this, Jung-hyun played the male lead in KBS2’s teen drama School 2017. For this project, the actor worked alongside Gugudan‘s Kim Se-jeong.

School 2017 was very popular among the youth. This led to his increased popularity. The critics and audience praised the actor’s portrayal of a troubled and rebellious student. Additionally, this series also earned him three “Best New Actor” nominations at the 54th Baeksang Arts Awards, the 2017 KBS Drama Awards, and the 1st The Seoul Awards. Caption: Kim Jung-hyun appearing on the poster of the drama ‘School 2017’. Source: AsianWiki

Additionally, he featured in 4Men’s music video Break Up In The Morning. The actor also appeared in a lead role in the KBS2 drama special Buzzcut Love. In the year 2018, he portrayed the role of Kang Dong-gu in JTBC’s youth series Welcome to Waikiki. His character is a cynical but kind-hearted movie director. This drama series was very successful across Asia. This further solidified his status as a versatile actor.

Furthermore, actor he started in the 4DX VR movie Stay With Me working alongside Seo Yea-ji. Jung-hyun played the role of an aspiring musician with stage fright. Also, the actor lent his vocals to the OST of the movie titled Moonlight.

In the year 2018, the actor worked alongside Girls’ Generation’s Seohyun for the melodrama Time. He played the role of a chaebol whose time is running out due to his failing health. People praised the actor’s portrayal of a terminal patient. However, he had to drop out of the drama in the midway. It was due to Jung-hyun’s Eating and Sleeping disorder.

Following his hiatus, Kim Jung-hyun appeared as one of the lead actors in the highly successful drama Crash Landing on You. Other lead actors in this drama are Hyun Bin, Son Ye-jin, and Seo Ji-hye. He started working on this series in December 2019.

This series became a cultural and phenomenal hit locally as well as worldwide. It is the highest-rated tvN drama and the 3rd highest-rated Korean drama in cable TV history. Furthermore, it is also one of the most-watched dramas on the online streaming giant Netflix.

He portrayed the character Goo Seung Joon. Seung Joon is the former fiance of Yoon Se-ri, played by Son Ye-jin, and eventual love interest to Seo Dan, played by Seo Ji-hye. His character was much loved and hence Jung-hyun became immensely popular among the local and international audiences. 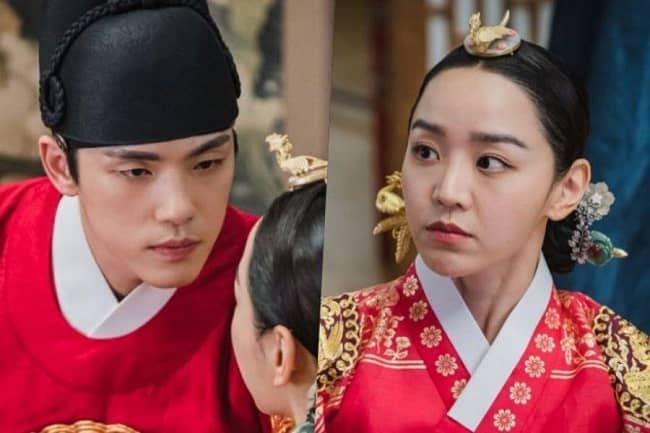 Then in May 2020, he made a Cameo appearance in his Crash Landing on You co-star Seo Ji-hye’s drama Dinner Mate. He played the role of her long-term boyfriend. The actor has also appeared in several high-end magazines including Arena and Bazaar among others.

Similarly, 0n 5 June 2020, the actor was confirmed as the lead actor for tvN’s fusion sageuk, Mr. Queen. While writing this biography, he is still appearing as the male lead in this drama. He worked alongside actress Shin Hye-sun and his character in this drama is the role of King Cheoljong.

There is no verified information regarding actor Kim Jung-hyun’s relationship status and love affairs. The South Korean actor might be single and more focused on his acting career. Or Jung-hyun might be in a relationship but likes to keep his personal life away from the public.

Kim Jung-hyun stands tall at an approximate height of 183 cm or 6 feet. Likewise, the actor’s weight is around 75 kgs and his blood type is “A”. Other than this, there is no further information regarding the actor’s other body measurement details like his chest-waist-hip measures, dress size, shoe size, etc. Moreover, actor Jung-hyun has dark brown hair and silky hair of the same color. 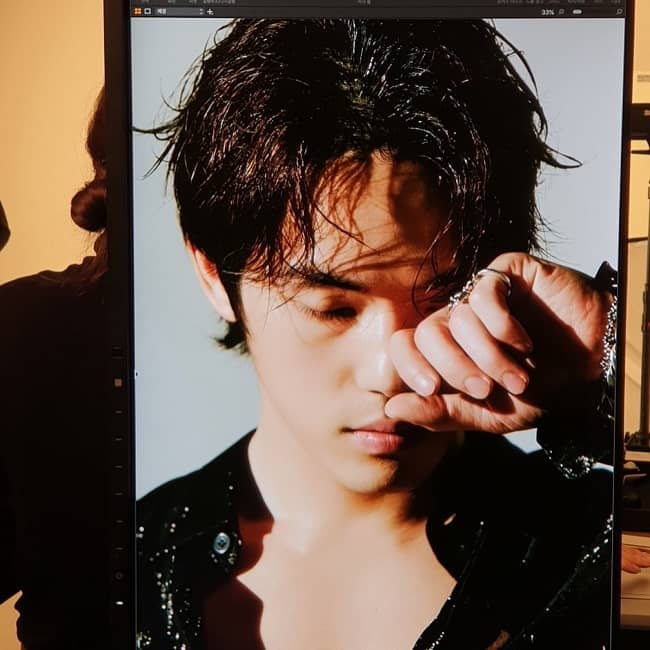 Talking about his social media presence, he is available on Instagram under the username @jhkim0405. While writing this biography in early 2021, actor Jung-hyun has shared exactly 62 posts and earned over 708k followers on his Instagram profile. Other than this, actor Jung-hyun doesn’t seem to have personal accounts on other platforms like Twitter, Facebook, Youtube, Tiktok, etc.