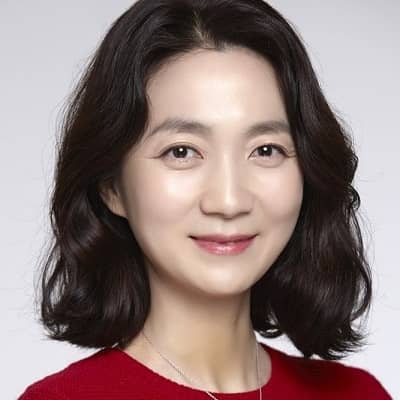 Kim Joo-Ryoung was born on September 10, 1976, and she is currently 45 years old. Her name is written in her native language as 김주령. Translating her name to English, it can be spelled as Gim Ju-Ryeong, Kim Joo-Ryung, Kim Ju-Ryung, and Kim Joo Ryoung.

Moreover, there are no personal details available about this personality on the web like her parents, siblings, educational journey, etc. Further, there is also no exact information regarding her exact birthplace. However, she is indeed an honorable citizen of South Korea. Also, her zodiac sign is Virgo and her Chinese zodiac sign is Dragon. 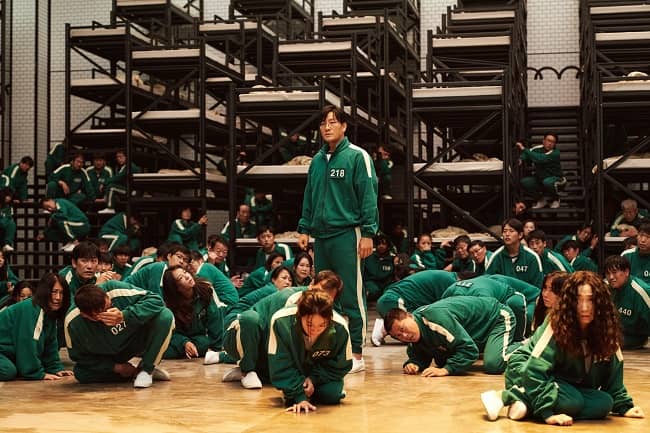 Kim Joo-Ryoung is a professional actress. She made her acting debut with the 2000 film Plum Blossom. In this film, she played the role of Werther. Most recently, she gained international recognition as a cast member of the Netflix web series Squid Game.

In the aforementioned web series, she portrayed the lead role of Han Mi-Nyeo aka Player 212. Other remarkable actors of this series are Lee Ji-ha, Lee Yoo-mi, Wi Ha-Joon, Anupam Tripathi, Heo Sung-Tae, HoYeon Jung, Park Hae-soo, and Lee Jung-Jae among others.

Prior to this project, this South Korean actress made a cameo appearance in the 2021 film Recalled. Similarly, in the year 2020, she worked on film Collectors and TV dramas Kingmaker: The Change of Destiny and When My Love Blooms playing the roles Joo Mo and Sung Hwa-jin respectively.

Likewise, she played the role of Im Sung-hee in Drama Stage – Woman with a Bleeding Ear in the year 2019. In the same year, she made a cameo appearance in TV dramas Doctor John, Voice, Welcome to Waikiki 2, and Babel. Moreover, in the same year, she had cameo appearances in films Spring, Again; By Quantum Physics: A Nightlife Venture, and The Snob.

Some notable films that she has worked on include Memories of Murder, You Are My Sunshine, No Mercy for the Rude, Paradise Murdered, My Dear Enemy, Re-encounter, Silenced, Bluebeard, and The Mayor among numerous others.

Similarly, she played the role of Young Sook in the KBS drama Andante starring Kim Jong-in (Kai of boyband Exo), Baek Chul-min, Lee Ye-Hyun, and Kim Jin-Kyung among others. Then in 2018, she played the role of character Gil Chae-won’s mother in the drama The Ghost Detective. Her on-screen daughter in this drama was played by actress Lee Joo-young.

While writing this biography, this actress has one pending project. It is the drama called Sabotage City. It is a JTBC drama set to release in the year 2022 and her role in this drama is the character Go Seon-mi. 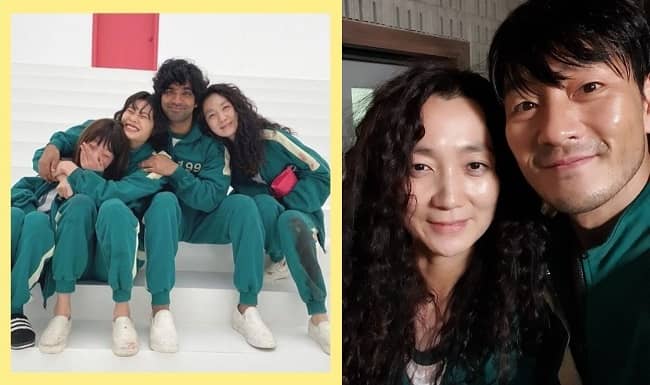 Caption: Kim Joo-Ryoung posing for a photo with the co-stars of Squid Game. Source: Cosmo.ph/Instagram

Kim Joo-Ryoung is a married woman but her husband has not made any public appearances. There is also no information regarding her husband and their wedding details. Moreover, there is also information that the couple has a son but his name and identity are unavailable on the web.

Kim Joo-Ryoung stands all at an approximate height of 1.67 meters or 5 feet 5 inches. Other than this, the South Korean actress’s other body measurements like her weight, chest-waist-hip measures, dress size, etc. are not available. Likewise, the Squid Game actress has black eyes and silky black hair.

Kim Joo-Ryoung is available on Instagram under the username @kimjooryoung. While writing this biography in September 2021, this actress has earned more than 715k followers on her personal account. We can also find her updates on her agency’s profiles on various platforms like Twitter, Instagram, Facebook, Youtube, and Naver. Moving on, the Squid Game actress has a net worth of around $3 million US dollars.