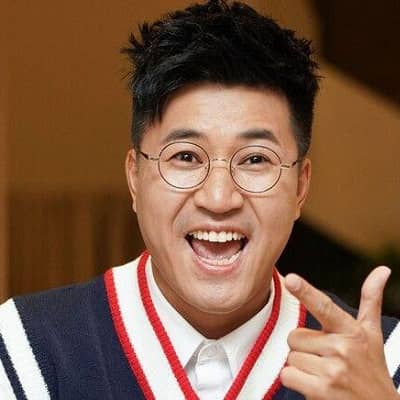 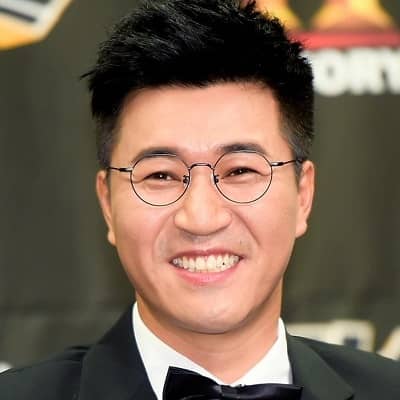 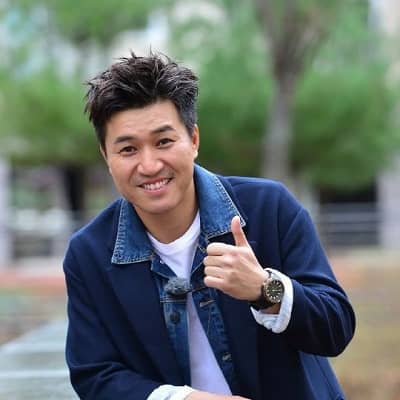 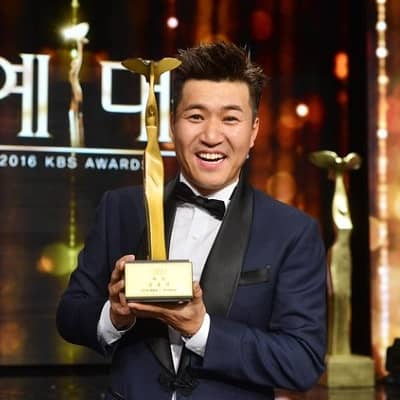 Kim Jong-min was born on September 24, 1979, and he is currently 42 years old. Jong-min’s exact birthplace is not revealed but he is an honorary citizen of South Korea. There is no information regarding Jong-min’s educational journey, parents, siblings, and other personal details. Moreover, his name is written in Korean as 김종민 and in Hanja as 金鍾旼.

Professional Life and Net worth

Professionally, Kim Jong-min is a famous TV personality, singer, and dancer. Jong-min is a member of the K-pop group “Koyote” ever since its debut in 2000. Other members of this co-ed vocal group are Shin Ji and Bbaek Ga.

Kim Jong-min gained international fame for his participation in the variety show 2 Days & 1 Night since 2007. Jong-min is the only pioneer member to witness the aforementioned show from Season 1 till Season 4.

Further, Jong-min has bagged numerous prizes throughout his career. Among them, one of the most prestigious ones is the 2016 Grand Prize (Daesang) at the KBS Entertainment Awards. He took home this award for his work on 2 Days & 1 Night. 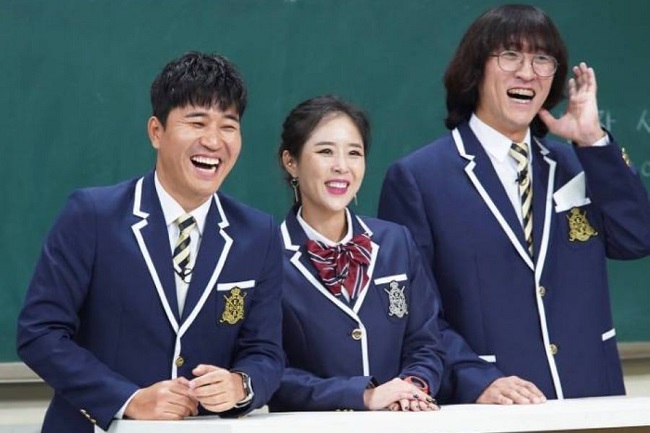 Caption: Kim Jong-min appearing as a part of Koyote on JTBC’s ‘Ask Us Anything’. Source: Soompi

Talking about the beginning of Kim Jong-min’s career, the singer worked as a backup dancer. Some artists that Jong-min danced for include Lee Jung Hyun, Uhm Jung Hwa, R.E.F, and Kim Wan-sun among others. As a dancer, Kim Jong-min was also in the dance team “Friends” for five years.

Subsequently, Kim Jong-min participated in TV variety shows including Brain-official, Those Who Cross the Line S3, Busted! Season 2, Hangout with Yoo, and Upgrade Human among others. Jong-min gained fame as a mainstay of many such Korean variety shows. Other shows that he is a part of include Shooting Kid Season 1, Heroine 6, Choi Hong Man Strong Friends, Real Romance Love Letter, Sweet Night, Escape Crisis No. 1, etc.

Moreover, Kim Jong-min became popular for his goofy and naïve on-screen character. The famous TV personality is also recognized for silly comments and actions on reality shows. Along with participating in the reality shows, Jong-min was an assistant soccer coach on FC Shoot Dori on the cable network KBS. 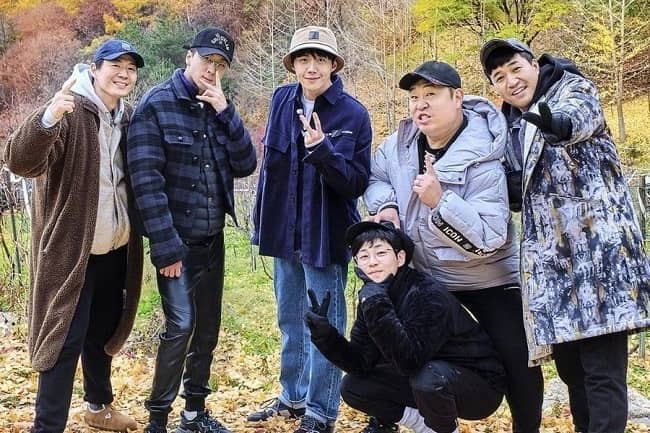 After completing his military service, many programs and shows invited Kim Jong-min as a guest. The entertainer also became a regular guest and permanent member of Star King and Sweet Night following his military discharge.

Similarly, the KBS network channel awarded Kim Jong-min with the “Grand Prize Award (Daesang)” on December 24, 2016. This was for Jong-min’s commitment and loyalty with 1 Night 2 Days. He received this award at the 2016 KBS Entertainment Awards.

Moreover, Jong-min became a fixed cast member in Busted! This confirmation news was shared in September 2017. As a singer, Kim Jong-min released his first single Oppa Find Strength in 2011. After a break, Jong-min made his solo comeback on September 3, 2014. This was with the third single Sali Go Dali Go.

The abovementioned single is electronic dance music. DanDi composed this single and its music video features Chun Myung-hoon and Ahn Young-mi. Moving on, Kim Jong-min has a net worth estimation of approximately $1 million to $5 million US dollars. 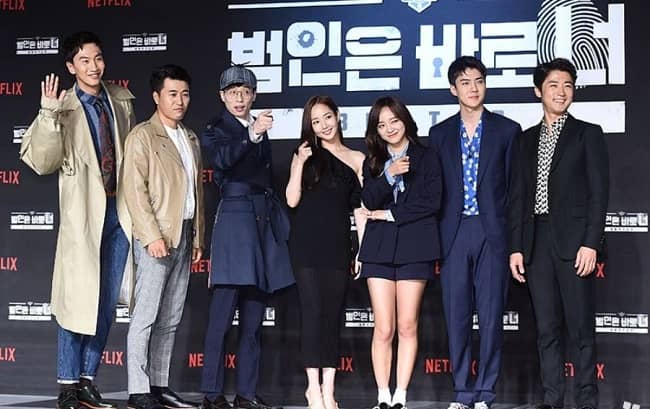 Caption: Kim Jong-min posing for a photo with the original casts of ‘Busted!’. Source: Soompi

Kim Jong-min enlisted for his mandatory military service in November 2007. The TV personality was initially set to enlist earlier in March the same year. However, Jong-min’s medical examination revealed a herniated disc. Due to this, the entertainer was assigned to public service work rather than in an army unit. Jong-min completed his service and got discharged from the mandatory service in December 2009.

Kim Jong-min is most probably single at present. The TV personality might be more focused on strengthening his career rather than involving in relationships and affairs. His busy schedules also make it hard for Jong-min to meet his person of interest.

Previously, Kim Jong-min appeared n Taste of Dating. It is a show in which single celebrities go on dates for 100 days with partners fitting their ideal types. Kim Jong Min was coupled with Hwang Mi Na. They started their 100 days dating in September 2018. Even after the end of their dating contract for the show, Jong-min and Mi Na decided to continue dating in real life.

Sadly, in the episode aired on February 21, 2019, Kim Jong-min shared that the two had parted ways. Ever since then, the TV personality has not been romantically linked with anyone. 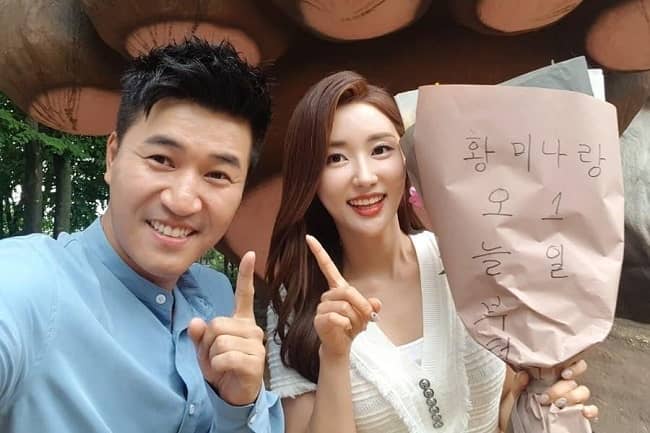 Kim Jong-min stands tall at an approximate height of 5 feet 9 inches or 175.3 cm and his weight is around 62 kgs. Likewise, the TV personality has dark brown hair and eyes of the same color. Moreover, Kim Jong-min is not available on any social media platforms like Twitter, Instagram, Youtube, Facebook, Tiktok, etc.