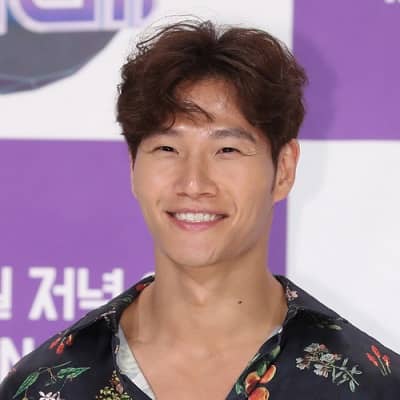 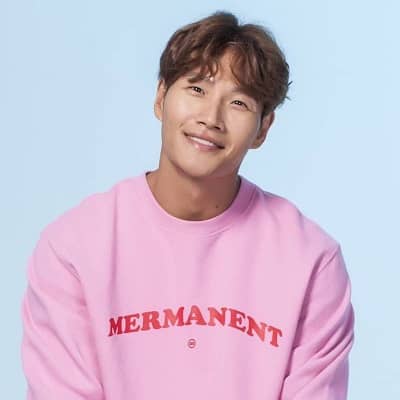 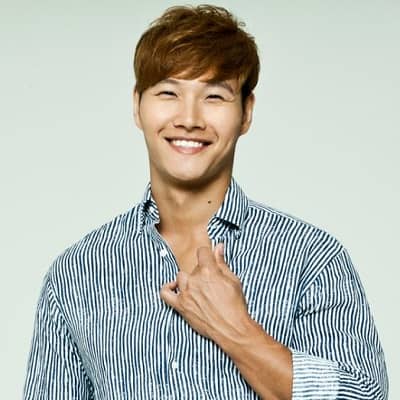 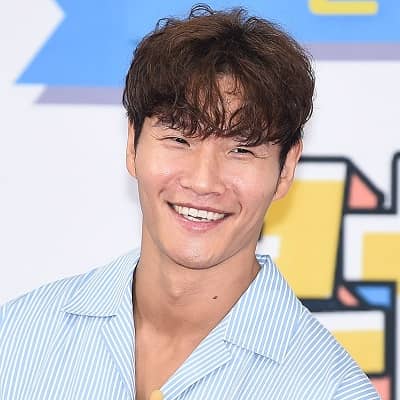 Kim Jong-kook is a notable South Korean singer, actor, and entertainer. Kim Jong-kook started his career in 1995 as a member of ‘Turbo’. He is now internationally famous for appearing in the variety show ‘Running Man.’

Kim Jong-kook was born on April 25, 1976, and he is currently 46 years old. Jong-kook is originally from Yongsan, Seoul, South Korea, and his zodiac sign is Taurus. His name is written in his native language as 김종국 and Hanja as 金鍾國. While translating his name from Korean to English, his name is also pronounced and written as Gim Jong Guk or Kim Chongguk.

Talking about his family, his mother’s name is Cho Hye Seon but his father’s name is not mentioned. Nevertheless, Jong-kook’s father has appeared in reality TV shows with his son. Further, Jong-kook has an elder brother named Kim Jong Myeong. Kim Jong Myeong is a successful doctor. Another popular personality in his family is Jong-kook’s niece Soya. She is also a South Korean singer who debuted in the year 2010.

Talking about his educational journey, Jong-kook attended Myeong Hak Elementary School. For his high school, Jong-kook attended Shin Seong Middle High School. Furthermore, he then graduated with a degree in BA (music composition) from Hansei University. Later on, he graduated with his master’s degree from the Pop Culture Performing Arts – School of Arts Department of Dankook University. Moreover, Jong-kook is also fluent in English his native language.

Caption: Kim Jong-kook posing for a photo in a childhood photo with his father (L) and with his mother in LA. Source: Instagram

Professionally, Kim Jong-kook is a distinguished singer, actor, and entertainer from South Korea. The multi-talented personality made his debut as a singer in the year 1995. He debuted as a member of the duo “Turbo” alongside Kim Jung Nam. Turbo is considered one of the most popular idols of that time. The duo sold out millions of albums.

Caption: Kim Jong-kook made his comeback as a member of ‘Turbo’ in 2017. Source: Youtube

Besides being a successful singer, he is also an established entertainer. He is notable for his appearances in variety shows like Running Man, Family Outing, and an X-man. Jong-kook gained international attention for his participation in Running Man.

The multi-talented personality is also well-known for being good friends with famous South Korean personalities including Hong Kyung-in, Jang Hyuk, Cha Tae Hyun, and Hong Kyung-min among others. As all the aforementioned five personalities were born in the year 1976, they are famous as the “Dragon Brothers”. 1976 is the year of the dragon. 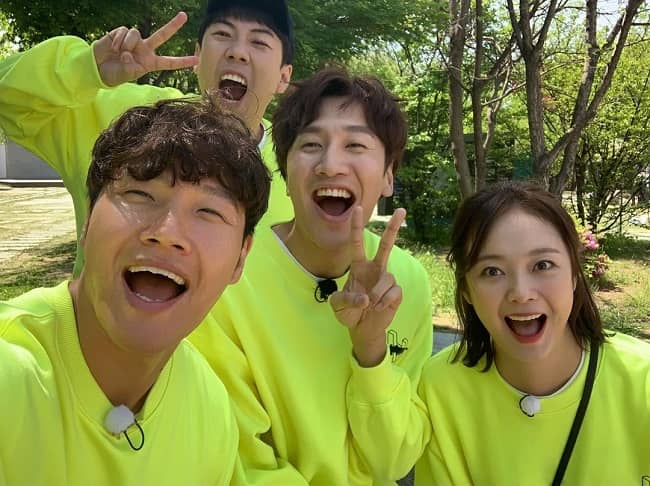 Caption: Kim Jong-kook posing for a photo with the fellow casts of ‘Running Man’. Source: Instagram

In the year 2014, he formed a duo with fellow Running Man cast member Haha. The duo is famous as the “Running Man Brothers”. He and Haha are a musical duo. Further, this duo organized an Untied States concert tour in July and December of the same year.

Furthermore, he made his official acting debut in the year 2015. It was with The Producers. It is a KBS drama starring popular actors Cha Tae Hyun, Gong Hyo-jin, Kim Soo Hyun, and IU in the lead roles. The same year in December, he and his fellow Turbo members – Kim Jung Nam and Mikey reunited for the band’s 20th-anniversary album. Their new album was Again which they released on December 21, 2015.

He is also famous in China for his singing. The singer made his Chinese singing debut on August 23, 2016. His first Chinese single is Hate That Happiness Came (恨幸福来过).

Fast forward to December 19, 2020, he made history. He did so when he became the first male celebrity and 2nd person to win a Daesang in both Music and Entertainment. Furthermore, he also bagged the Grand Prize Award (Daesang) at the 14th SBS Entertainment Awards. This was for the entertainer’s participation in Running Man and My Little Old Boy. 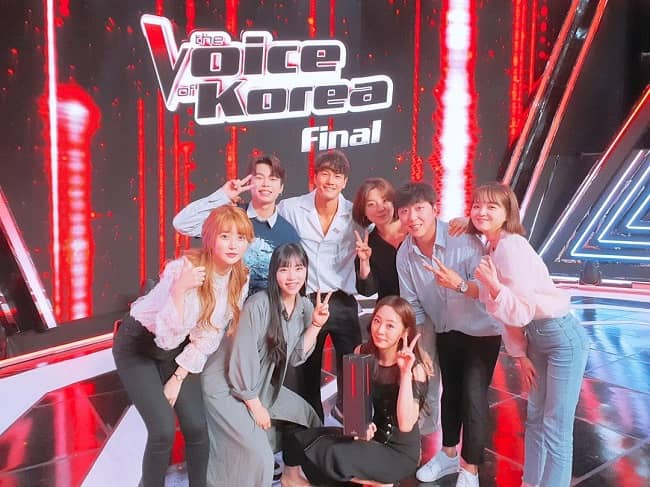 Caption: Kim Jong-kook posing for a photo with his team in the Voice of Korea 2020. Source: Instagram

On 27 August 2010, Jong-kook received lumbar microdiscectomy surgery. This surgery was to relieve a herniated disk. Talking about this, his management company – 101 Entertainment – shared that the entertainer carried on with his daily activities without knowing about his ruptured disk. They also revealed that Jong-kook endured his condition with painkillers while actively filming Running Man.

Later in January 2015, he guest-starred on Healing Camp. It is a popular talk show and he shed light on many personal controversies during this guest appearance. He also talked about his choice to work as a public service worker instead of an active-duty soldier during his mandatory military enlistment. The entertainer revealed that this decision was due to the aforementioned back issues. Furthermore, the My Little Old Boy documented his hernia surgery in December 2019.

Kim Jong-kook is most probably single at present. In the recent 21 February 2021 episode of Running Man, Jong-kook’s fellow casts pointed out that Jong-kook’s daily routine doesn’t include any opportunities to meet women. Sharing her observation on Jong-kook’s dating style, his castmate – Song Ji Hyo – said that the entertainer’s romantic relationships last for a long time. As per Ji Hyo’s observation, Jong-kook dates people for a long time while debating, “Is this woman someone that I should marry?” to which Jong-kook agreed. 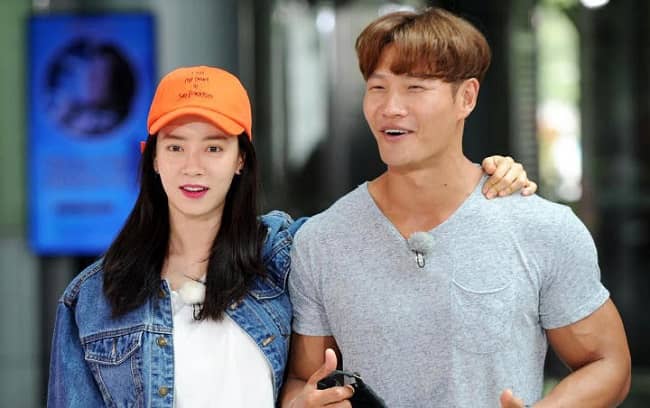 Kim Jong-kook stands tall at an approximate height of 1.78 meters or 5 feet 10 inches and his weight is around 78 kgs or 171.96 lbs. Similarly, the South Korean entertainer has dark brown eyes and hair of the same color.

Moving on, he has a net worth estimation of around $16 million.