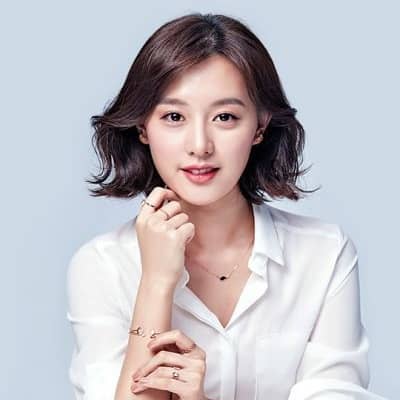 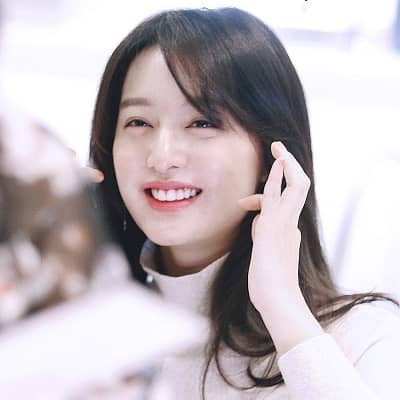 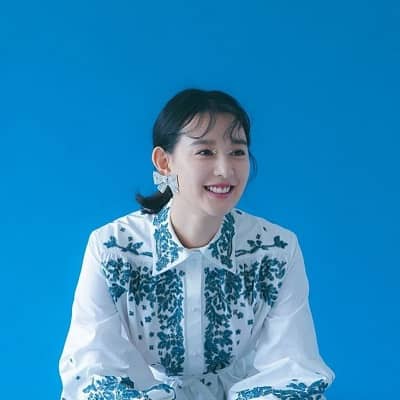 Kim Ji-won is a prominent South Korean actress. Kim Ji-won has been active in the entertainment industry since the year 2010. She gained immense fame for her performances in several TV dramas including ‘The Heirs’, ‘Descendants of the Sun’, ‘Fight for My Way’, and Arthdal Chronicles’ among several others.

Kim Ji-won was born on October 19, 1992, and she is currently 28 years old. Ji-won hails from Geumcheon-gu, Seoul, South Korea, and her zodiac sign is Libra. Talking about her family, she has an older sister but her identity is not disclosed yet. However, it is a known fact that Ji-won’s sister is two years older than her.

She completed her high school at Paekahm High School. Later on, Ji-won pursued her higher studies at Dongguk University majoring in drama. Moreover, she is written in Korean as 김지원 and in Hanja as 金智媛. 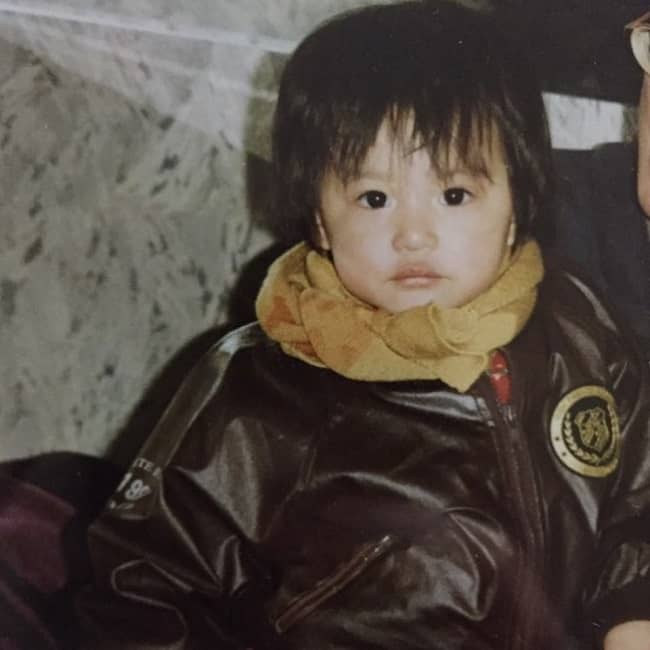 Professionally, Kim Ji-won is a prominent actress and is signed under the entertainment agency King Kong by Starship. The actress initially gained fame through her roles in TV series like The Heirs, Descendants of the Sun, Fight for My Way, and Arthdal Chronicles. Several of the TV dramas that she appeared in were a global success. This in turn established her as a Hallyu star.

Moreover, actress Ji-won was trained in singing and acting. However, the young lady chose to pursue acting. Ji-won was a background vocalist for singer Younha. She also appeared in Younha’s music video for the song Gossip Boy in the year 2008. Back then, Ji-won’s stage name was “JessicaK”.

Later on, actress Ji-won rose to fame with her appearances in commercials. She subsequently became popular as the “Oran C Girl” and “Lollipop Girl”. Her nickname also includes the name Little Kim Tae-hee. This one was due to her resemblance to the actress Tae-hee. Moreover, she made her acting debut in the drama Mrs. Saigon. It was in the year 2008 and her role in the series was the character Hye-ryeon. 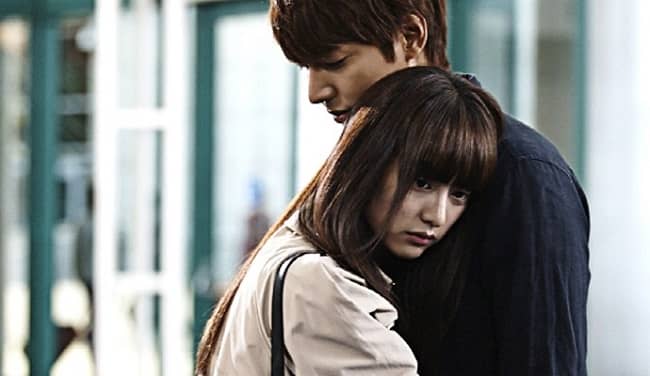 Furthermore, she gained attention for her performance in the 2011 sitcom High Kick: Revenge of the Short Legged. The actress then starred in her first major TV role in the musical drama What’s Up. The young actress also made her film debut in the romance omnibus film Romantic Heaven.

Moving on, the young actress also starred in the high school drama To the Beautiful You and came to prominence with the horror film Horror Stories. The actress then appeared in Baek Seung Heon’s debut music video Till the Sun Rises alongside JYJ’s Kim Jae-joong.

In the year 2013, actress Ji-won played one of the lead roles in the Drama special Waiting for Love. The same year, the young actress also co-starred in the teen drama The Heirs. She portrayed the character of a chic and haughty heiress.

Moreover, for this project, Ji-won worked alongside A-list actors like Lee Min-ho, Park Shin-hye, Kim Woo-bin, Kang Min-hyuk, Kang Ha-neul, Krystal Jung, and Park Hyung-sik among others. This drama was a huge success and hence it raised her popularity. Further, the actress also won the “New Star Award” at the SBS Drama Awards. 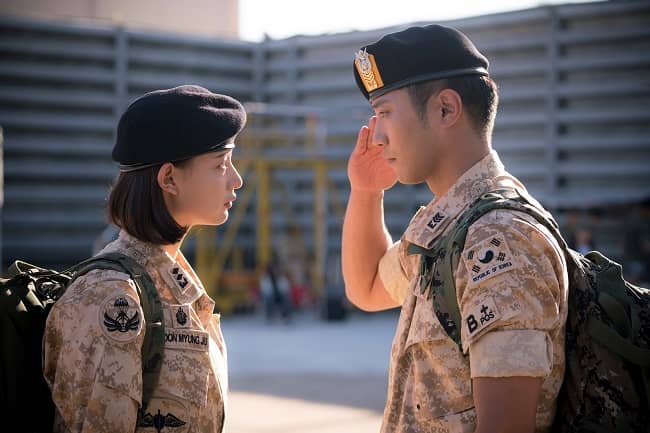 Caption: Kim Ji-won appearing alongside her on-screen lover, Ji Goo, in the drama ‘Descendants of the Sun’. Source: Jiwon HQ

Then in the year 2014, she starred in the crime thriller Gap-dong playing the role of a high school student and a webtoon artist. The same year, the actress also appeared in a supporting role in the Drama special The Reason I’m Getting Married. Then in December the same year, actress signed an exclusive contract with King Kong Entertainment, her current agency.

In the year 2015, she starred alongside actor So Ji-sub in the romance web series One Sunny Day. The same year, the actress also made a cameo appearance in Hidden Identity as actor Kim Bum’s girlfriend. Then in the year 2016, she co-starred in the military romance drama Descendants of the Sun.

In this drama, the actress played the role of an army surgeon. For this project, she worked alongside popular actors like Song Joong-ki, Song Hye-kyo, Jin Goo, and Onew among others. Further, this drama was a pan-Asia hit. Thus, it helped bring actress further recognition outside Korea.

Moreover, the actress also hosted the year-end KBS Drama Awards with Park Bo-gum and Jun Hyun-moo. At the event, the young actress won the “Excellence Award”. She also won the “Best Supporting Actress” award at the APAN Star Awards.

Then in 2017, she worked on her first lead role in the romance-comedy-drama, Fight for My Way. For this project, the actress worked alongside prominent actors Park Seo-joon, Ahn Jae-hong, and Song Ha-yoon in the lead roles. For her performance in this drama, actress once again won the “Excellence Award” at the KBS Drama Awards. 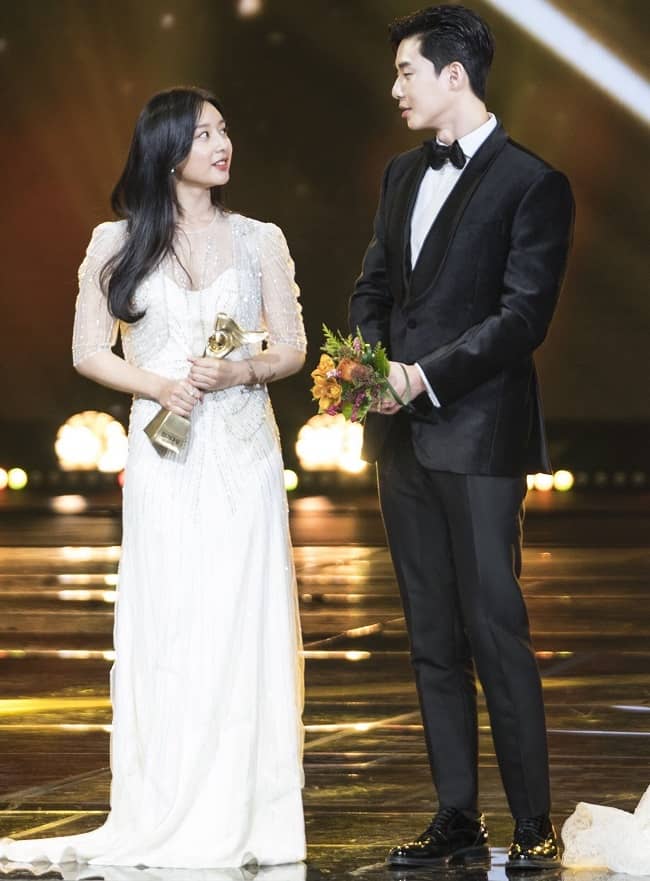 Similarly, in the year 2018, she starred in her first-period drama. It was in the third installment of the Detective K film series, Detective K: Secret of the Living Dead. The actress plays the role of a mysterious lady who loses her memory and joins the investigation. The young actress teamed again with her Descendants of the Sun co-star Jin Goo. The duo made a cameo appearance in the historical drama Mr.Sunshine.

In the year 2019, the actress played the role of Tanya in the historical fantasy drama Arthdal Chronicles. Her character in this drama is the head of the Wahan tribe and actor Song Joong-ki’s character’s love interest. Song Joong-ki and she are also the co-stars of Descendant of the Sun.

Furthermore, in February 2020, she signed with the new agency S.A.L.T Entertainment. Then in September the same year, the actress confirmed to star in the multi-season web series City Couple’s Way of Love of Kakao TV. While writing this biography, the actress is still starring in the first series Lovestruck in the City. 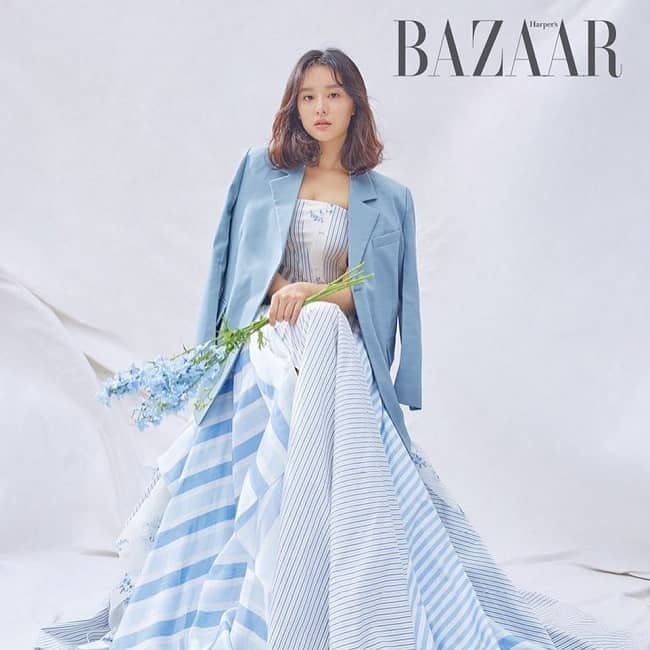 There is no verified information regarding Kim Ji-won’s relationship status and love affairs. The Fight For My Way actress might be single and more focused on her acting career. Or she might be in a relationship but likes to keep her personal life away from the public.

Actress Kim Ji-won stands tall at a height of approximately 164 cms or 5 feet 5 inches and weighs around 48 kgs. Other than this, there is no further information regarding her other body measurement details including her chest-waist-hip measure, dress size, shoe size, etc.

Talking about her social media presence, she is available on Instagram under the username @geewonii. This account boasts 79 posts and over 6 million followers while writing this biography. Similarly, the actress is also available on Facebook with over 540.4k people following her journey on the platform.