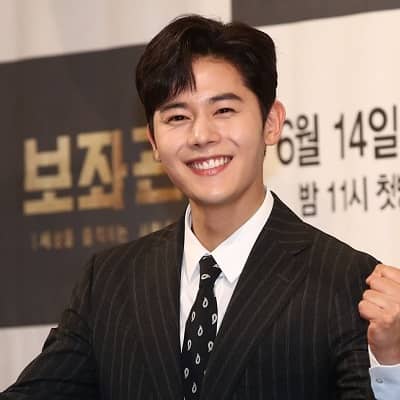 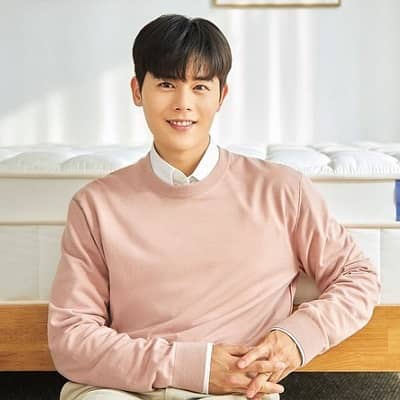 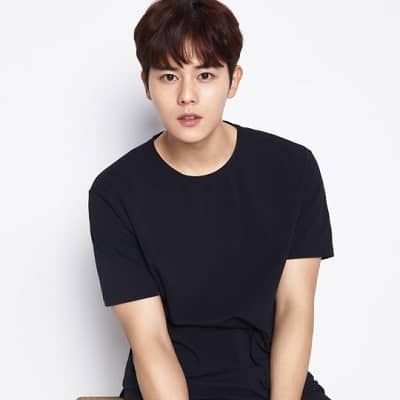 Kim Dong-jun is a prominent South Korean singer and actor. Kim Dong-jun gained immense fame as a member of the boy band “ZE:A”. He also rose to prominence as an actor with films and TV dramas like ‘More Than Friends’, ‘Black’, ‘About Time’, ‘A Company Man’, etc.

Kim Dong-jun was born on February 11, 1992, and he celebrates his 29th birthday in the year 2021. Moreover, Dong-jun hails from Busan, South Korea, and his zodiac sign is Aquarius. Talking about his family, Dong-jun has an older brother named Donghyeon.

Regarding his educational journey, Dong-jun graduated from Digital Seoul Culture Arts University. Moreover, there is information available that Dong-jun played soccer in high school and initially dreamt of becoming a pilot. His name is written in Korean as 김동준 and in Hanja as 金桐俊. 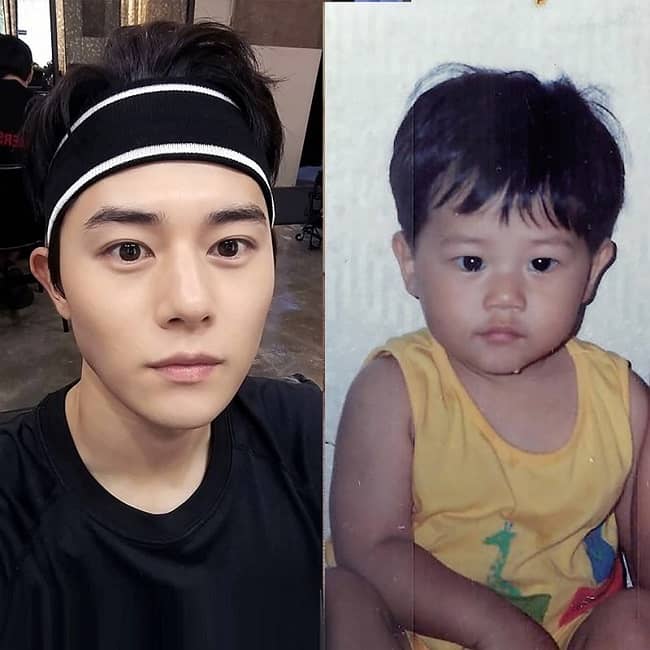 Caption: Kim Dong-jun in a ‘then and now’ comparison photo. Source: Instagram

Besides his group’s activities, Dong-jun has also established himself as an actor. Some notable TV dramas that Dong-jun is a part of include The Fugitive of Joseon, Neighborhood Lawyer Jo Deul-ho, Black, and About Time. Furthermore, he has also starred in films like A Company Man, Take My Hand, and Dead Again.

Later on, the group faced controversy in December. It was after people found the similarities of the group’s name to Brown Eyed Girls’ JeA. Subsequently, they changed the pronunciation of the name to avoid implications. On 7 January 2010, they debuted with their EP titled “Nativity” under the name band name ZE:A.

He is a member of the subgroup “ZE:A Five” alongside other members Kevin, Siwan, Minwoo, and Hyungsik. Furthermore, the sub-group “ZE:A J” is a solo project. It has released solo tracks for the members Kevin, Heechul, and Dong-jun. Dong-jun was the last member to release his solo track called Healing. Moreover, Dong-jun composed and wrote the track himself. 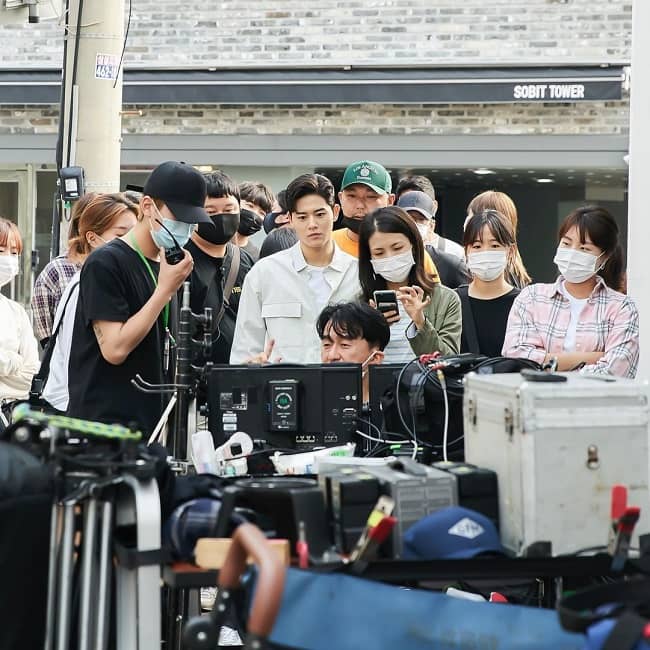 Caption: Kim Dong-jun captured while filming on the set of ‘More Than Friends’. Source: Instagram

He also made several appearances in Let’s Go Dream Team Season 2 as a Dream Team member. The singer-actor then won two gold medals in the Idol Athletes Chuseok Special on 27 August 2011. It was in men’s 100 meters, and 110 meters hurdles against other idols. Moreover, Dong-jun was appointed as a torch-bearer at the 17th Asian Incheon Games in the year 2014.

A month later, in July 2017, he was set to star in OCN’s new drama, Black. For this project, Dong-jun portrayed a second-generation chaebol namely Oh Man-soo. Also in May 2018, the actor starred in tvN’s drama About Time. He portrayed the character of a musical director who is popular for his genius abilities but lacks humanity. Further, he has also appeared as a cast member of the TV show Delicious Rendezvous since December 2019. 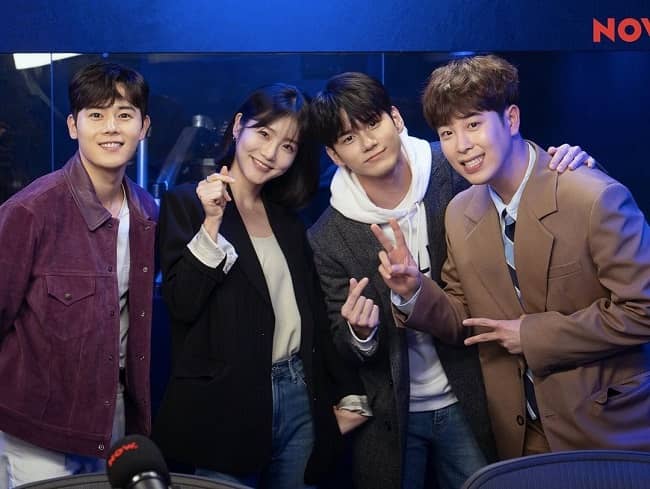 Caption: Kim Dong-jun posing for a photo with the co-stars of the drama ‘More than Friends’. Source: Instagram

The singer-actor has also been a part of several musical performances. Dong-jun played the lead role of Aladdin in the 2011 musical Aladdin. Similarly, he portrayed the character, Frank, in 2012 musical Catch Me If You Can. Then in the year 2014, Dong-jun played the role of the lead character Lee Shin in Goong, and as Elvis in All Shook Up in the same year.

Furthermore, Kim Dong-jun has bagged a total of three awards among the four nominations he received. In the year 2015, he won the “Newcomer Award” at the 9th Annual Daegu International Musical Festival for his role in All Shook Up. He then won the “Popular Star Award” at the 2017 Asia Model Festival Awards.

The same year, he received a nomination for the “Excellence Award, Actor in a Daily Drama.” It was for his role in the drama Still Loving You and the nomination was at the 2017 KBS Drama Awards. Moreover, the actor also bagged the “Best Challenge Award” at the 2019 SBS Entertainment Awards for his participation in Delicious Rendezvous. Despite his popularity he has not received any brand endorsements as of now. 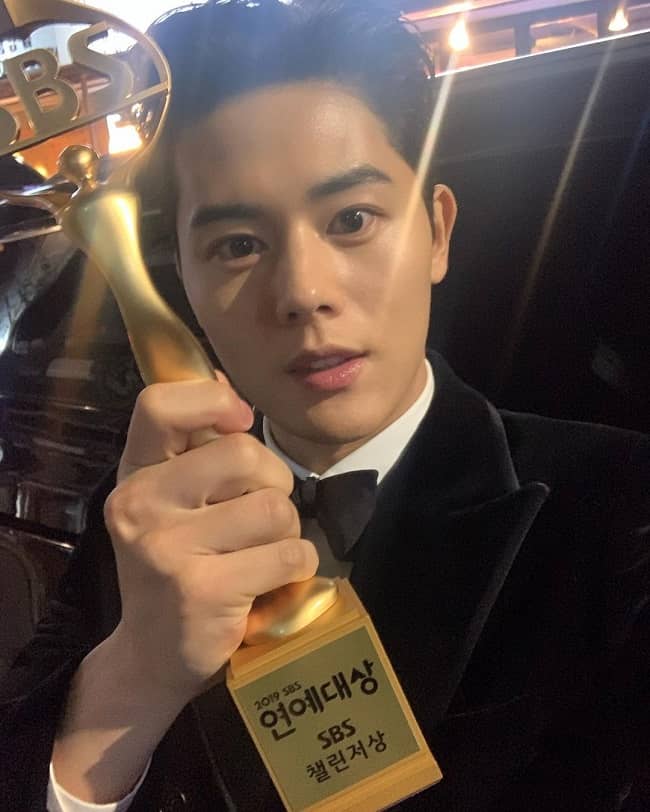 Caption: Kim Dong-jun posing for a photo with his award. Source: Instagram

There is no verified information regarding actor Kim Dong-jun’s relationship status and love affairs. The young actor/singer might be single and more focused on his acting and singing career. Or he might be in a relationship but likes to keep his personal life away from the public.

He stands tall at an approximate height of 5 feet 9 inches. Likewise, the star’s weight is around 58 kgs and his blood group is “B.” Other than this, there is no further information regarding Dong-jun’s other body measurement details like his chest-waist-hip measures, dress size, shoe size, biceps, etc. Moreover, he has dark brown hair and eyes of the same color.

Talking about his social media presence, actor Kim Dong-jun joined Twitter in July 2017 and so far has over 6.5k followers on his @Official_KDJ account. Likewise, he is available on Instagram under the username @super_d.j. While writing this biography, the actor has shared exactly 578 posts and earned more than 569k followers.

Moreover, he is also available on Tiktok under the username @kimdongjun_official. So far, the actor has earned over 171.5K followers and 322.8K likes. Further, he also created his official Youtube channel on January 12, 2018. So far, the channel “김동준 [KIM DONG JUN] OFFICIAL” has garnered over 795.3k views.