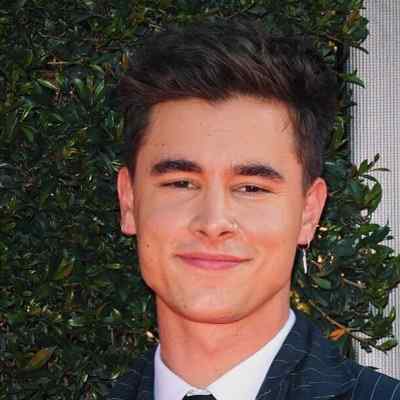 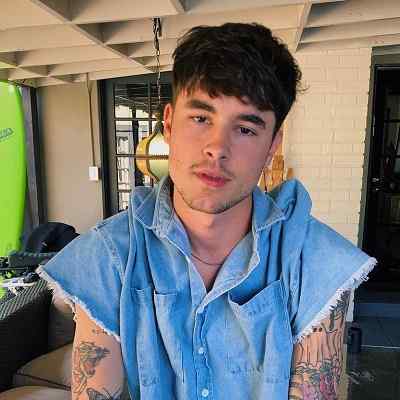 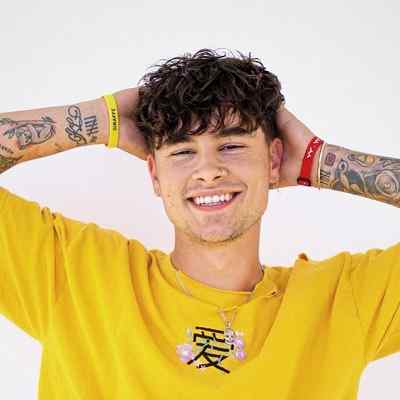 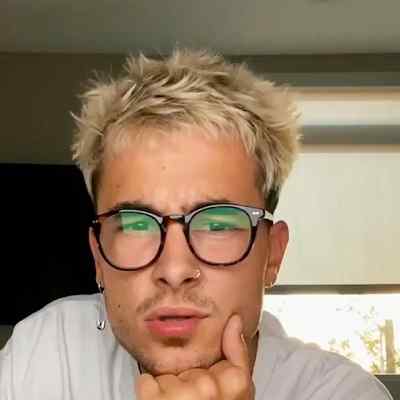 Kian Lawley is an American Internet sensation. Kian Lawley was a member of the group known as “Our2ndLife” along with Jc Caylen, Ricky Dillon, Sam Pottorff, Trevor Moran, and Connor Franta before they separated in December 2014. In the year 2018, he began starring as Jake in the web series “Guilty Party” and in the year 2019, he was cast in YouTube’s “The Reality House”.

Kian Lawley was born on September 2, 1995, in Sioux City, Lowa, USA. He is 25 years old and is under the birth sign, Virgo. He holds the American nationality. Likewise, Kian moved to California with his family when he was five. And he is of Polish, German, and Irish origin.

The name of Kian’s parents is not available at the moment. However, it is known that he has four siblings and their names are Isabelle, Rio, Cole, and Tabatha. Moreover, his parents got divorced when he was eight years old. And he along with his siblings stayed back with their mother after his father left. Kian was a lonely child who grew up without having too many friends. He grew up to be a rebel in the class and got poor grades because of getting distracted from his studies.

Presently Kian Lawley lives in Sherman Oakes, California along with his two friends Jc Caylen and Joseph Hernandez. He also has a yellow Labrador retriever whose name is Hazel.

Regarding Kian’s educational background and qualification, he attended San Clemente High School. But the information regarding his university is not available. Considering his age, he must have graduated from university as well unless he is a dropout or decided to quit further studies. 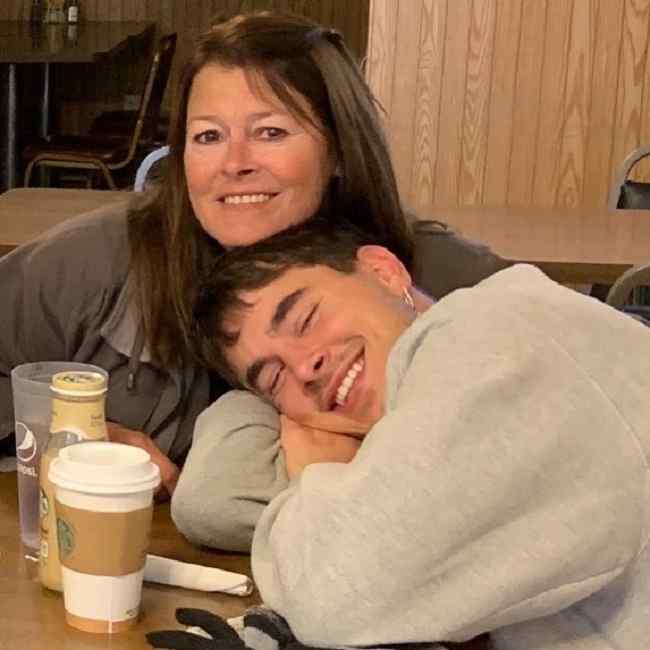 Caption: Kian Lawley along with his mother (Source: Instagram)

Kian Lawley first began posting his videos on YouTube in the year 2010 with the help of his best friend Sam Pottorff. He launched the channel under the name “superkian13”. The channel was created on June 5, 2010, and has altogether garnered 61,989,398 views until now. He shares a lot of fun and entertaining videos on his Youtube channel. Also, his channel is very popular with more than 3.32M subscribers at the moment. And his videos also do get a lot of views.

The first-ever video posted on his channel is Alone,. This video was uploaded on August 9, 2014, and has garnered 2M views until now. He talked about his problems and struggles in this video and got those things out in it as he was not able to speak about it to any other people around him. Likewise, the most popular video on the channel is Kissing My Ex-Girlfriend,. This video was posted on December 10, 2015, and has mustered 17M views until now.

Likewise, some of the other popular videos on his Youtube channel are Seven, I Had Surgery, and Our Relationship Story. All of these videos have garnered more than 2.4M views until now. Moreover, two years later after he launched his Youtube channel, he joined a group named “Our2ndLife” or “O2L” which set him on his path to stardom. But when the group disbanded in the year 2014, he started a YouTube Channel named “KianAndJc” with his roommate Jc Caylen. They created the channel on July 27, 2014, and has altogether garnered 698,727,016 views until now. 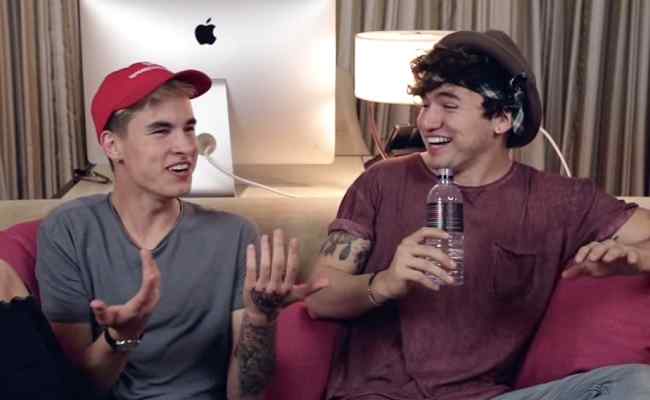 They upload challenges and skits every week. Likewise, a seven-second challenge video posted by Kian and Cameron Dallas on their Youtube channel brought him more than 2M views. From a very humble beginning, Kian has risen as a YouTube star. Their Youtube channel has garnered more than 3M subscribers at the moment. Moreover, the number of videos on different topics posted by Kian Lawley in such a short time and over so many channels has made him famous in the world of teen music, challenges, and skits. He was previously popular on the six-second video app “Vine” as well.

The reputation Kian Lawley has earned within a span of only six years since he started his first YouTube channel is simply fantastic. Likewise, his comments before the camera have brought him to the notice of filmmakers who are offering him roles in different films. And, from a world of music, he has graduated to the world of acting which is also a great achievement.

Kian Lawley’s first starring role was in the 2015 film “The Chosen”. He played a 19-year-old who must contend with a demon to save his niece. Then in the year 2016, he co-starred with Bella Thorne in the comedy Shovel Buddies. Likewise, in March 2016, the film was selected and premiered at SXSW Festival. Moreover, in an interview about the film, Lawley said “I don’t plan to ditch to YouTube, I plan to do both acting and YouTube”. Kian also played “Bean Boy” in the 2016 Tyler “Perry comedy Boo! A Madea Halloween”.

Kian Lawley and Jc Caylen also starred in and executive produced their show “H8TERS” which is a comedy about internet celebrities, haters, and millennial culture in the year 2017. That same year, Kian also appeared alongside Zoey Deutch, Halston Sage, and Logan Miller in the film “Before I Fall”. And, in the year 2017, he also starred in the series “Zac and Mia”, a show that follows the lives of two ordinary teenagers undergoing cancer treatment.

In the same year 2017, AwesomenessTV renewed “Zac and Mia” for a second season. His acting career was going pretty well, however, on February 5, 2018, it was announced that Kian Lawley had been fired from “The Hate U Give” due to a resurfaced video showing him using racially offensive slurs. And, his scenes as Chris, the main character’s boyfriend, were reshot with Riverdale star KJ Apa.

Later on, Kian released an apology on Twitter, stating, “I am deeply sorry to those that were effected [sic] by my choice of language. I respect Fox’s decision to recast this role for The Hate U Give as it is an important story, and it would not be appropriate for me to be involved considering the actions of my past. I understand the impact and I have grown a lot and learned since then”. Then, he was subsequently dropped by his talent agency CAA.

Kian Lawley has also received awards during his acting career and Youtube career as well. He won “Choice Web Star: Comedy (as part of Our 2nd Life)”, “Choice YouTuber”, and “Choice Drama Movie Actor” awards in Teen Choice Awards in 2014, 2015, and 2017 respectively.

Kian Lawley is currently in a relationship with Ayla Woodruff. She is a popular social media personality as well. The couple began dating in the year 2019. They share a lot of cute and adorable pictures with each other on their respective social accounts. Kian also features her on his Youtube videos. The couple also dropped a major hint about them having a baby. But they have not officially announced it. 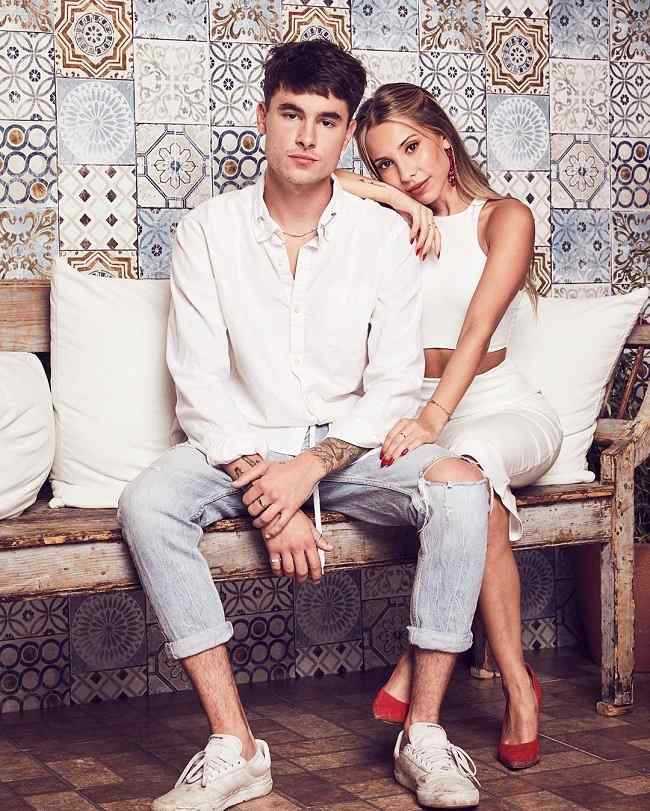 Talking about his past relationships, he once dated a fellow YouTuber, Andrea Russett. They are still friends and get along very well professionally. And, since the breakup, he has made two videos with her, one for her channel and one for his. He also dated model Meredith Mickelson in the year 2016.

Kian Lawley along with his friend and roommate, Jc created a lot of controversies. They hacked their friend Joseph Hernandez’s Twitter account to post a variety of “gay jokes”. And, this act was strongly criticized by a former member of the “Our2ndLife” group Connor Franta. Joseph put the whole blame for the hijacking on Kian but later on, Jc admitted to his share of the responsibility.

Kian Lawley has a height of 6 feet 1 inch and his weight is 76Kg. His other body measurements such as chest size, waist size, and bicep size are 38-32-13.5 inches respectively. Likewise, he has brown hair and dark brown eyes. Though Kian has naturally brown hair, he used to bleach it blonde when he was younger. He colored his hair into blue in the past. However, the colors faded to blonde and he retained it for two months. Moreover, he is very handsome and is attractive as well.

Focusing on his earnings and income, he has a net worth of $2.3M. His main income source is Youtube. And he also earns through his acting career. Likewise, he also has his own merchandise.