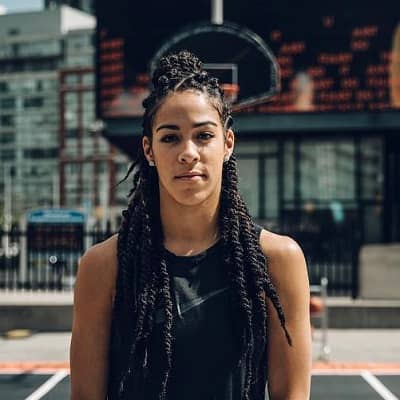 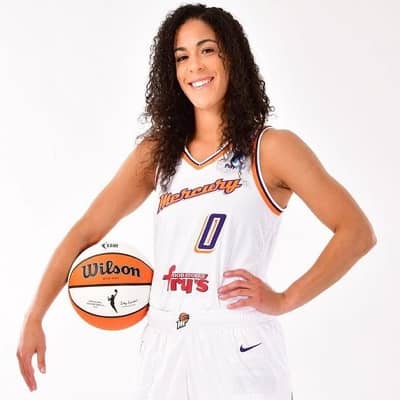 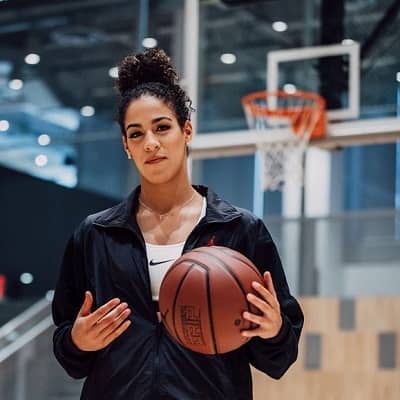 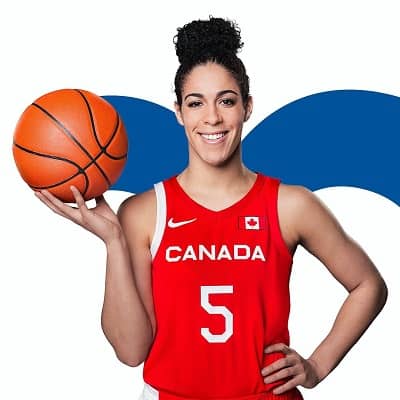 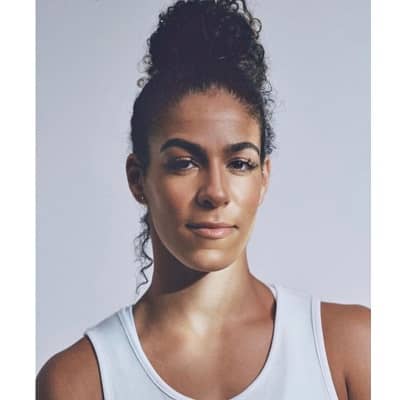 Kia Nurse was born on 22 February 1996 and she is currently 26 years old. She is originally from Hamilton, Ontario, Canada, and her zodiac sign is Pisces. Regarding her educational journey, this personality attended St.Vincent de Paul Elementary School and later went to St. Thomas More Catholic Secondary School. At the latter, this personality played basketball. For her higher education, she went to the University of Connecticut in Storrs, Connecticut. At this institution, this player played college basketball for the Huskies.

Talking about her family, her father is Richard Nurse and her mother is Cathy Nurse. Likewise, she has two siblings namely Tamika Nurse and Darnell Nurse. Moreover, her father played in the CFL whereas her mother was also a basketballer at McMaster University. Also, her older sibling – Tamika Nurse – played basketball for Oregon and Bowling Green. Additionally, her older brother – Darnell Nurse – is a professional hockey player.

Likewise, she has a cousin named Sarah Nurse. Her cousin played for the Wisconsin Badgers women’s ice hockey program. Additionally, her cousin competed at the 2018 Winter Olympics as well as the 2022 Winter Olympics for Team Canada. Nurse’s uncle is the former Philadelphia Eagles quarterback Donovan McNabb. Her uncle is married to Raquel Nurse McNabb. 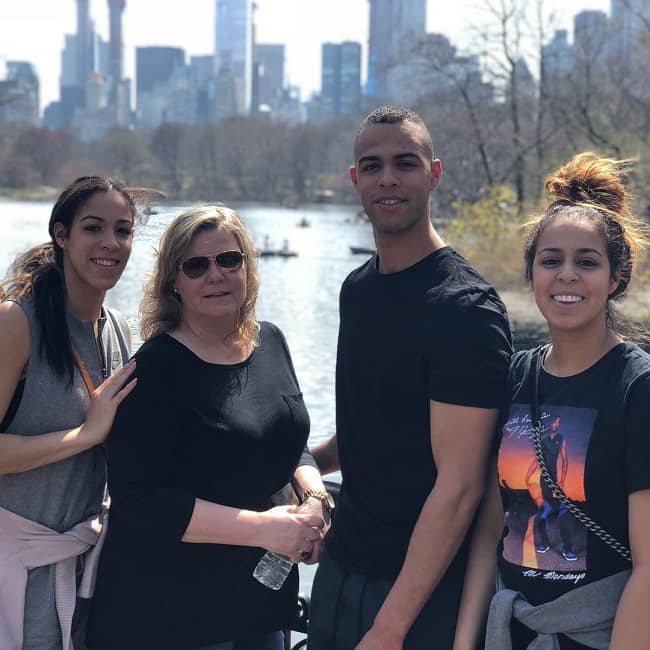 Caption: Kia in a photo with her mother and siblings. Source: Instagram

Talking about the beginning of her basketball journey, Nurse started playing basketball at the young age of 4 years. By age 7 years, this personality was playing in a competitive league. While she attended St. Thomas More Catholic Secondary School, this personality helped the team win 3 consecutive OFSAA high school championships in the years 2011, 2012, and 2013. Additionally, this player played for the Hamilton Transway Club team. This team won 7 consecutive provincial championships.

Furthermore, this personality played college basketball at the University of Connecticut. She played for the team Huskies. At this institution, this player played under head coach Geno Auriemma. Other players at the time were Breanna Stewart, Napheesa Collier, and Gabby Williams among others.

There is news available that approximately 50 colleges and universities contacted this player to ask her to consider playing for their team. Initially, she narrowed down the list to 4 teams namely Connecticut, Penn State, Indiana, and Kentucky. In the end, the Nurse chose Connecticut. After she signed the letter of intent, Nurse revealed that she had recorded a goal of playing for Connecticut when she was in Grade 7. 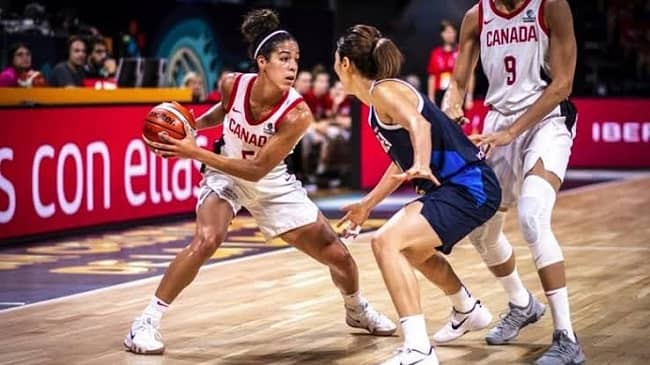 Caption: Kia was photographed during one of her games. Source: Instagram

Additionally, this personality was invited to play on the under-17 national team in the FIBA Under-17 World Championship for Women. It was held in Amsterdam in the year 2012. This player averaged almost 14 points per game. Also, Nurse helped the team to a 3rd place finish.

Furthermore, this player played for Canada at the 2015 FIBA Americas Women’s Championship. The next year in 2016, she made her Olympic debut for Team Canada. It was at the Summer Olympics in Rio de Janeiro. 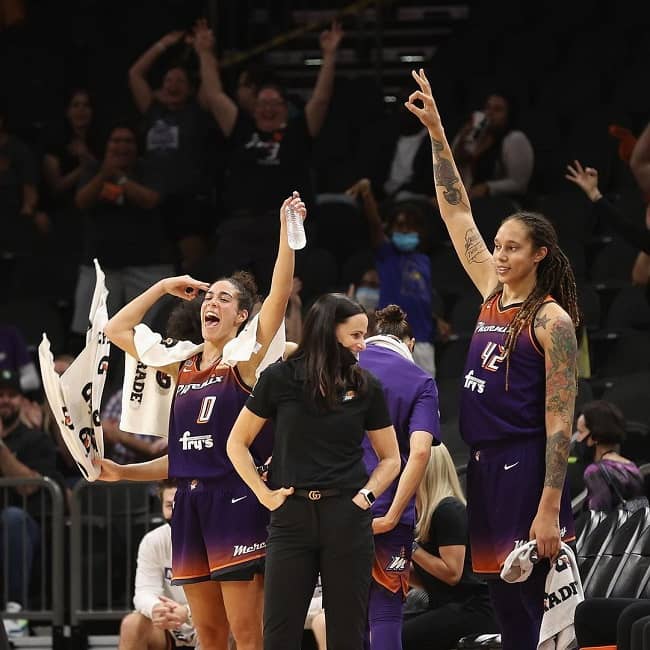 Kia Nurse is a happily married person. Her husband’s name is John Robinson IV. Her husband is a social media content editor for Scrimmage Football. Likewise, her husband is also the host of the Blurred Lines Podcast. There is no mention of this lovely couple’s marriage date and when they started dating each other. 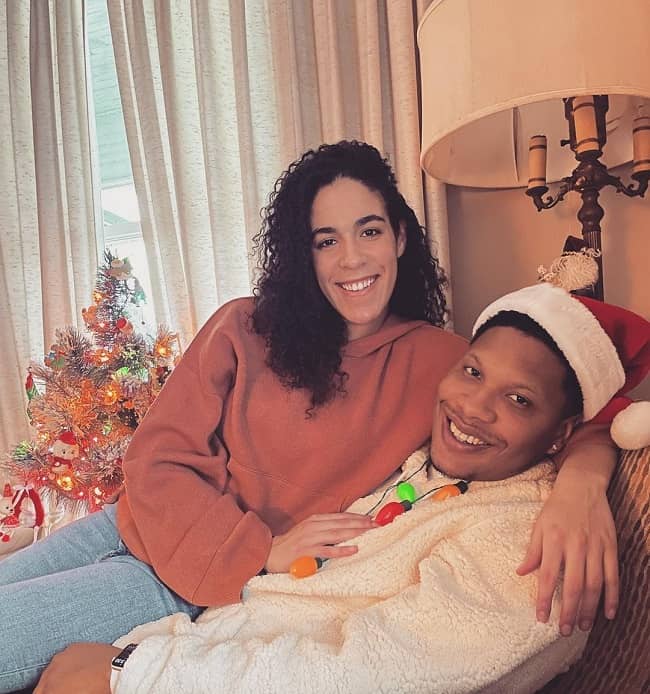 Caption: Kia posing for a photo with her husband John. Source: Instagram

Kia Nurse stands tall at an approximate height of 6 feet or 1.83 meters and her weight is around 168 lbs or 76 kgs. Similarly, Nurse has dark brown eyes and curly hair of the same color. Besides these, this basketballer has not mentioned any more details related to her body measurements.

Talking about her social media presence, Kia Nurse joined Twitter in July 2011 and so far has more than 34.6K followers on her @kaynurse11 account. Likewise, this personality is available on Instagram under the username @kianurse. This account has garnered over 95.1k followers as of April 2022. This player has earned more than 5.6K followers on her Facebook page. Moreover, people can also contact her at [email protected] for business inquiries as mentioned on her Instagram bio. Moving on, this basketballer has a net worth of around $200,000 US dollars.