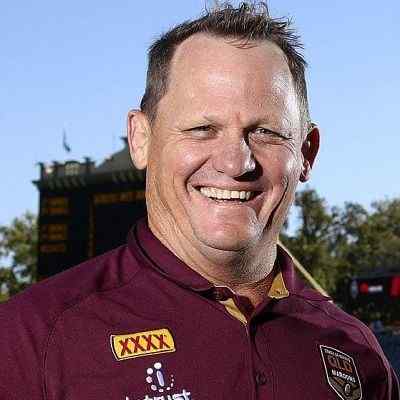 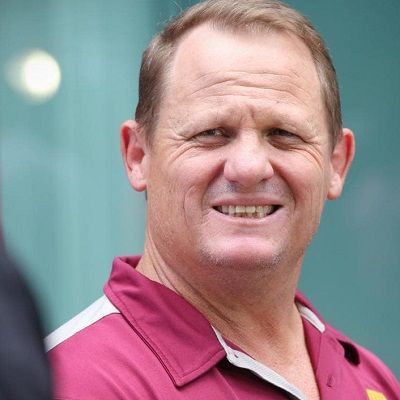 Kevin Walters was born on 20 October 1967 to his father Kevin Walters Snr and his mother Sandra Walters. Likewise, his age is currently 54 years old.

He was born and raised in Rockhampton, Queensland, Australia with his older brother Steve and twin Kerrod Walters.

The three brothers were raised playing football with Allan Langer. Later, the connection got popular as  “The Ipswich Connection”.

However, any information about his educational background is yet to be revealed.

Kevin committed most of his life to Australian Rugby. Both as a player and as a coach, he has earned himself a net worth of around $7 million as of 2022.

Currently, as a coach at the Queensland State of Origin team, he earns $1 million annually. 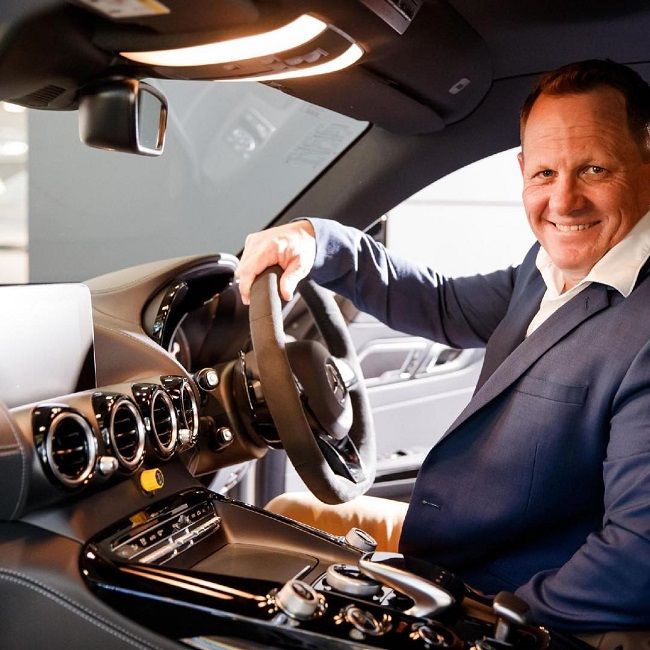 Walters has established himself as a recognized Australian sportsman. For his contribution to Australia’s international standing in the sport of rugby league in 2000, he won the Australian Sports Medal.

In the year Kevin joined the Broncos he won the ‘player of the year’ title.

Along with this, Brisbane Broncos have even honored Walters by inducting him into its Hall of Fame and including him in the list of the 20 best players of all time.

Well, Kevin currently works as a professional coach but in his earlier years, he was a rugby player.

Kevin started his football career together with his brothers, playing for the Booval Swifts club. Then he moved to the Brisbane Rugby League Premiership with the Norths club.

But soon he followed his brother Steve to the Canberra Raiders of the New South Wales Rugby League Premiership in 1987. He was a reserve as a 19-year-old in the club’s first grand final in 1987.

However, the club lost the game to Manly-Warringah. In the same year, he was named the Raiders’ “Rookie of the Year.”

Kevin made his début for the Queensland Maroons in the 1989 State of Origin series, as a reserve in Game III.

Later the same year, he got his first taste of premiership success while playing from the bench in the 1989 Grand Final win for Canberra Raiders.

In 1990, Kevin together with his twin signed with the Brisbane Broncos. As soon as he joined the club, he won the Broncos’ Player of the Year award-1990.

He dedicated 11 years of his life to this club playing hundreds of matches.

Walters played the 1990 State of Origin series, the 1990 and 1991 Kangaroo tour, and many more. He delivered an outstanding performance in the 1992 Great Britain Lions tour of Australia and New Zealand.

Besides, in 1992 he also helped the Broncos to victory in the 1992 Grand Final against the St George Dragon.

Another major breakthrough in the year 1992 was when the Walters brothers trio made it to the world cup squad and eventually won the 1992 World Cup Final.

Kevin continued his journey with the Broncos and played the 1994 NSWRL season and Kangaroo tour.

Later in 1999, Kevin got the Broncos’ captaincy after the retirement of Allan Langer. As a captain, he led the team during the 2000 NRL grand final.

He briefly played for Warrington in 2001 but eventually returned to Broncos to play his final season.

After retiring as a player, Walters began coaching the Toowoomba Clydesdales in the Queensland Cup competition. At the same time, he even assisted Wayne Bennett who was a coach for the Brisbane Broncos.

Later in 2005, Walters was cleaned out along with long-time allies Glenn Lazarus and Gary Belcher after five successive years without a grand final appearance.

Following this, he became head coach of the Ipswich Jets playing in the Queensland Cup.

For the 2009 season, Kevin signed as the new coach of the Catalans Dragons. His first season with the club didn’t start well but by the end of his second season, he had led the team to the 2009 Super League Grand Final.

After the 2010 season, he returned to Australia and worked as an assistant coach to Craig Bellamy at the NRL club Melbourne Storm. He reunited with the Bronco as a half-coach alongside Wayne Bennett in 2014.

But Bennett stood up as head coach again in 2015. So, Kevin was appointed as Assistant Coach.

Finally, on 28 December 2015 Kevin officially joined his current team the Queensland State of Origin as the head coach. He succeeded Mal Meninga, whose elevation to the role of Australian Test coach meant he had to resign as Maroons coach.

In his first year in charge of Queensland, Kevin guided the team to a 2-1 series victory over New South Wales. The following year in 2017, he repeated the same feat with Queensland.

In the 2018 State of Origin series, New South Wales won the series by 2–1 and Queensland managed to avoid a clean sweep by winning the final game at Suncorp Stadium.

Before the start of the State of Origin series in the year 2019, it was revealed that Kevin used the bizarre tactic to fine Queensland players.

He fined those who mentioned New South Wales by name or referred to them as ‘blues’.

He reportedly told Queensland players to only refer to the New South Wales team by the names “other state” or “southern state”.

Team Queensland went on to win the first game of the series but they suffered a humiliating 38–6 loss in the second game. They played the second game at Optus Stadium.

In the third game, team Queensland lost the match in the final 20 seconds of the game after James Tedesco from team New South Wales scored a length of the field try.

Walters is a married man (two marriages). In January 1991 he married Kim Walters. The couple happily spent 6 years together raising 3 children, Jack, Billy, and Jett. But in 1996 Kim was diagnosed with breast cancer.

Two years later she passed away. In memory of his wife, Kevin established the Kim Walters Choices program. It offers support to people diagnosed with cancer at Wesley Hospital.

After Kim’s demise, Kevin started dating Narelle Bristow. The pair exchanged vows in the Whitsundays in 2012.

Kevin has two children with Narelle: Ava and Harry. Now complete as a family of 7 they live in Canet, a seaside town on the Mediterranean.

Living with high morals and dignity, Walters has been able to avoid any kind of rumors and controversies. 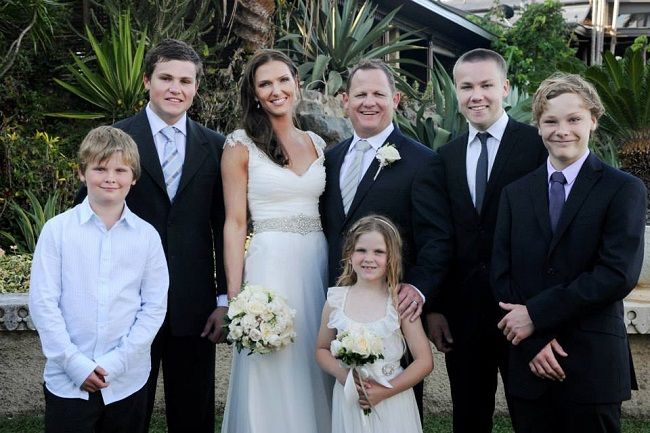 Walters is not very into social media. However, he has a Twitter profile (@KevyWalters) with more than 1.3k followers. Likewise, his Instagram account ‘@kevinwalters6‘ has gained more than 3,715 followers.

The 54-years-old Walters has definitely become less fit than when he was Australia’s great sportsman. However, any data regarding his current body measurement and physique are unavailable.