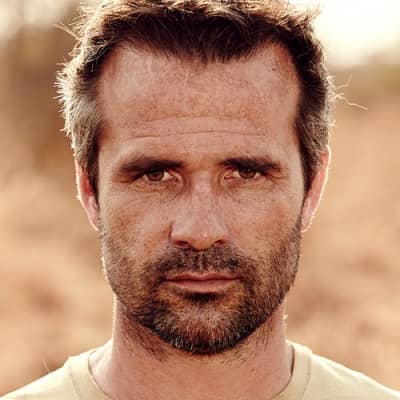 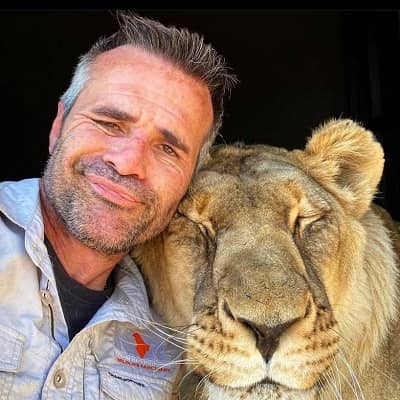 Kevin Rene Richardson came to this world on 8 October 1974. He is originally from the Nightingale Clinic in Johannesburg, South Africa. However, he spent his childhood in the neighborhood of Orange Grove. At present, he is 46 years old and Libra is his zodiac sign.

His mother’s name is Patricia and she worked for Barclays Bank. Likewise, his father’s name is Peter Richardson and has worked for a pharmaceutical company. Moreover, he is the youngest of four children. Therefore, he has an older brother and two twin sisters.

Sadly, when he was 13 years old, his father died. And, at the age of 16, he met Stan Schmidt. Then, he started his career as a “self-taught behaviorist.” He joined college studied zoology. But, he quit following 2 years of repetitive lessons on marine biology instead of mammals. 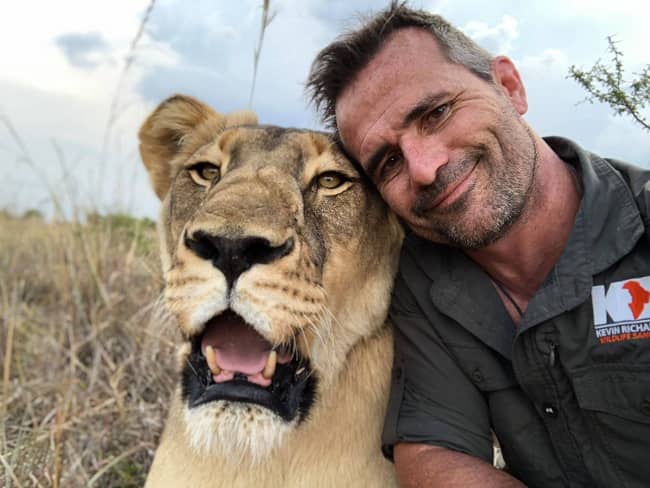 Caption: Kevin Rene Richardson clicking a selfie with one of his lions. Source: Corbin

Likewise, at the age of 23, he had the opportunity to work as a handler and cared for two 6 month-old lion cubs, Tau and Napoleon which he later rescued. Further, his early years took place at Lion Park. Therefore, he still runs with the now full-grown cubs in the wild. Rodney Fuhr, the facility owner, began him off with a part-time job at Lion Park. 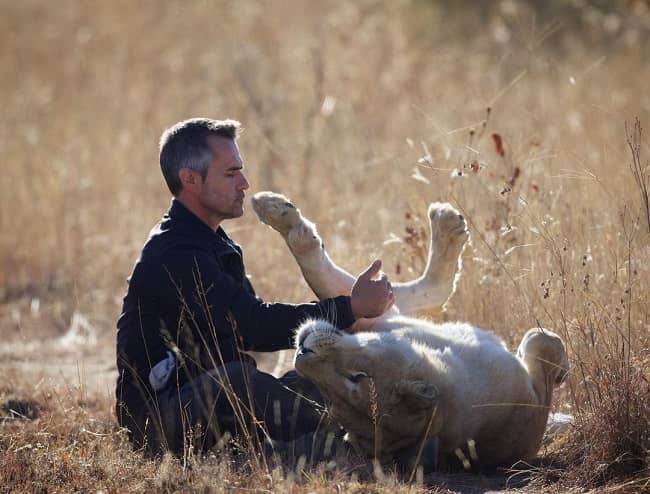 Kevin and his team work with animals for the commercial filming industry. And, also make documentaries to generate income to fund the facility. Further, they have a volunteer program that generates income and volunteers who help to run the sanctuary too. Further, some documentaries include ‘Dangerous Companions’ and ‘In Search of a Legend.’

Also, he produced the 2010 documentary ‘White Lion: Home is a Journey.’ Likewise, he has also produced ‘Lights, Camera, Lions!’ and ‘African Safari 3D (2013)’. On March 13, 2014, he created his YouTube channel ‘Lion Whisperer TV’ now ‘The Lion Whisperer.’ There, he introduced the world to his lions and work on a daily basis. Moreover, he was a part of many speaking events on lions and lion conservation. Additionally, he was also a guest speaker at Google Zeitgeist

Kevin has lived with lions and slept next to, fed. Also, he has worked with cheetahs, leopards, and hyenas. However, he prefers lions to any other big cat. Moreover, he has known all of the lions he works with since they were cubs. Nevertheless, he continues his bond with the lion brothers, Tau and Napoleon, who were his introduction to big cats. He has been punctured, scratched, and bitten. But, he is not dissuaded by these dangers. 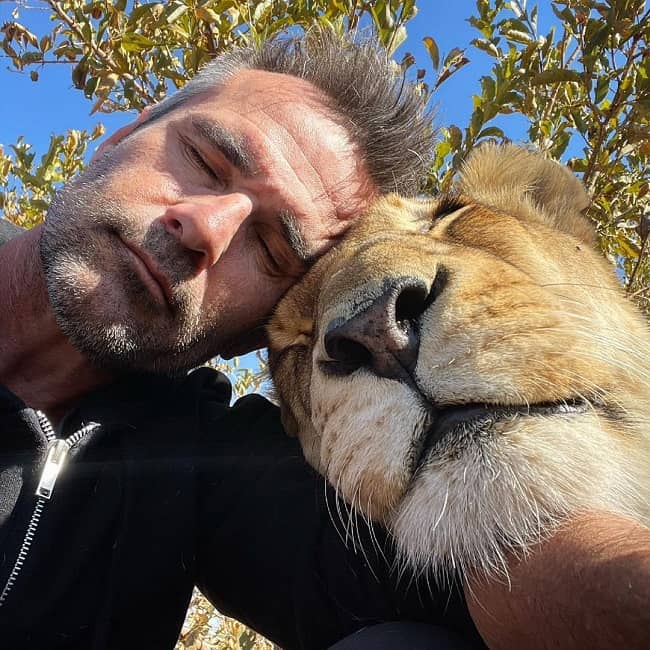 A young woman was attacked to death in the Dinokeng Game Reserve by a lioness that was under Kevin’s care on 27 February 2018. Kevin lost track of the lioness when she pursued an impala for some 2 kilometers, whereupon the lioness assaulted the day visitor to the reserve.

Moreover, Luke Dollar, a Wildlife biologist responded to the killing in an article by National Geographic, stating;

“behaviors and programs that skirt the reality of our place in the food chain seem to be an accident waiting to happen.”

Kevin married his long-term partner Mandy Richardson. Therefore, they tied the knot on December 16, 2007. There is no much information regarding his personal and married life.

Kevin is 5 feet 9 inches and weighs around 70 kilos. He has a Slender frame, affable smile, and often sports a light stubble. Moreover, he has short-cropped and spiked black hair. His eyes are of green color.

Kevin is a world-renowned wildlife conservationist and filmmaker. He has earned name and fame throughout his career. However, his net worth and other earnings are not publicly announced.