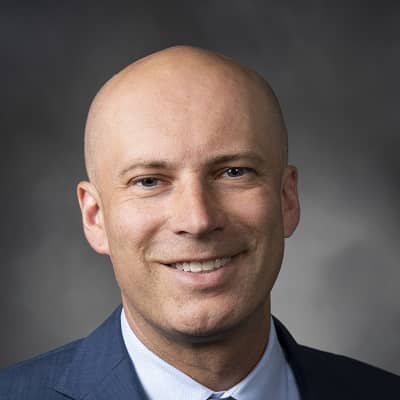 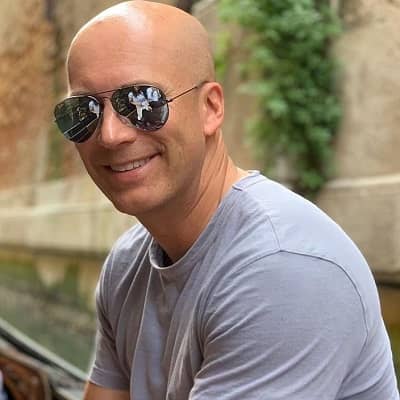 Kevin Franke is an assistant professor of civil engineering at Brigham Young University. Kevin Franke is also the patriarch of the Franke family featured on the popular YouTube channel, 8 Passengers. The family vlog channel has earned more than 2.44 million subscribers. Caption: Kevin Franke posing for a photo with his family (Source: Instagram)

Professionally, he is an American civil and environmental engineer. He is currently working as an assistant professor at ‘Brigham Young University’ in Provo, Utah. He started his career in 2006 when he began working as a geotechnical professional at ‘Kleinfelder, Inc.’ As part of his job at ‘Kleinfelder,’ he performed several geotechnical analyses, such as liquefaction analysis and settlement analysis. While serving at ‘Kleinfelder,’ he pursued a Doctor of Philosophy (Ph.D.) degree at ‘Brigham Young University.’ After receiving his Ph.D. in 2011, he began working for ‘URS Corporation’ as a geotechnical engineer.

In January 2012, he joined ‘Brigham Young University’ as an assistant professor. Currently, he teaches geotechnical engineering courses to undergraduate and graduate-level students. Besides teaching, he even conducts research in the field of geotechnical engineering. He is now focused on generating new performance-based design applications to support his research. He is even developing applications for unmanned aerial vehicles that could be used in civil engineering. Since 2013, he also served as the chief investigator at the ‘National Science Foundation Center for Unmanned Aircraft Systems’ (C-UAS). Besides that, Kevin Franke is famous for appearing in his family YouTube channel ‘8 Passengers’ which has more than 2.44 million subscribers. He even appears on the famous Instagram page ‘8 Passengers,’ which has accumulated thousands of followers. Currently, he lives in the United States along with his wife and six children.

On January 7, 2015, he launched a YouTube channel named ‘8 Passengers’ along with his wife, Ruby. The channel predominantly features he and Ruby’s children, drew the attention to a lot of views in a short span of time. Consequently, their channel started accumulating thousands of subscribers and went on to become one of the popular family YouTube channels in the United States.

The channel ‘8 Passengers’ currently has more than 2.44 million subscribers and over billions of views. Some of the notable videos such as ‘Baby Climbs Out Of Crib,’ ‘So Am I Sick,’ ‘Our 8 Year Old Gets Braces,’ and ‘Cousin Swap’ have gathered millions of views.

Kevin Franke obviously earns a quite considerable sum of money through his teaching profession and other additional works. However, he has not disclosed her net worth. But his family youtube channel 8 Passengers has an estimated net worth of around  $2.5 Million. Without no doubt, he lives a lavish lifestyle with his wife and kids enjoying good fortune.

Reflecting on his relationship status, Kevin Franke is a married man. He married Ruby Franke who appears frequently on their family YouTube channel. The duo has six children together. They are namely Russell, Shari, Julie, Chad, Abby, and Eve. Chad and Shari have their own YouTube channels. While Chad’s channel has gained more than 151k subscribers, Shari’s self-titled channel has managed to accumulate more than 498 subscribers. 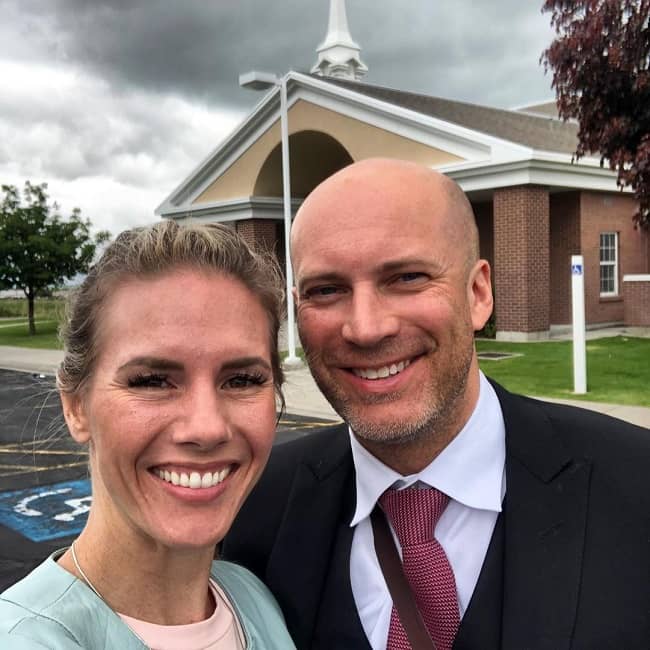 Caption: Kevin Franke posing for a photo with his wife (Source: Instagram)

Kevin Franke is good looking, He stands a height of 1.78 m and weighs around 80 kg. His eye color is blue. However, he is bald and has no hair.