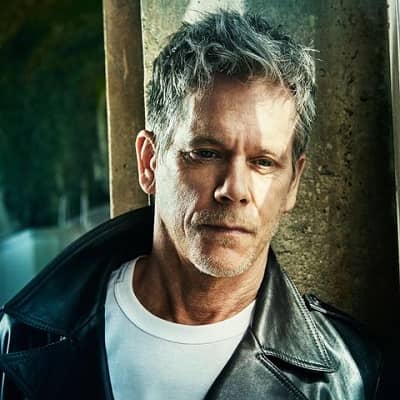 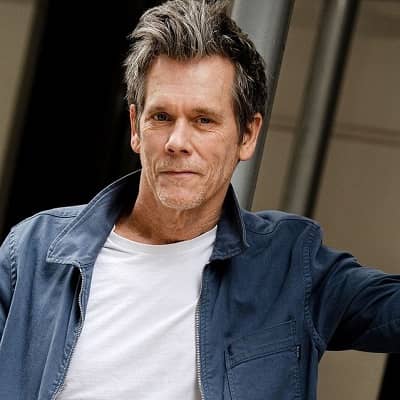 The Amazing actor’s full birth name is Kevin Norwood Bacon. His birthdate is 8th July 1958 and his birthplace is Philadelphia, Pennsylvania, the United States. Likewise, he is  63 years old whereas his zodiac sign is Cancer. The actor is an American citizen who has been following Christianity. The name of his parents is Ruth Hilda, and Edmund Norwood Bacon (1910-2005).

His mother was a teacher at an elementary school and also a liberal activist. On the other side, his father was an architect who had worked in the position of an executive director of the Philadelphia City Planning Commission for several years. The name of his siblings is Michael, Karin, Kira, Elinor, and Hilda. He is the youngest child of his parent who was born and grew up in a caring family in Philadelphia.

As for his education, he first completed his middle and high school education at Julia R. Masterman High School. In 1975, he got a full scholarship from Bucknell University in the Pennsylvania Governor’s School for the Arts at the age of sixteen. There was a state-funded 5-week art program where he was involved in theater under Glory Van Scott. After some experiences in the same field, his passion for the arts grew stronger. 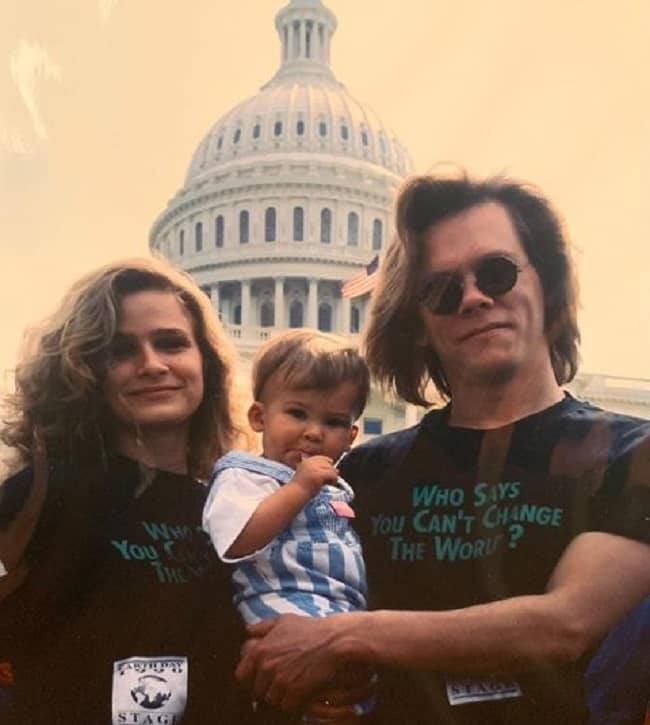 Caption: Kevin Bacon with his wife and child when they were young (Source: Instagram)

The American actor first started his acting career working for some of the small characters on the big screen. In 1980, he got his first lead role in the movie, ‘Friday the 13th’. Its director was Sean S Cunningham and the movie was a hit, making about $60 million on a budget of a simple $550 thousand.

In 2011, he got the role of the super villain, Sebastian Shaw in the superhero movie, ‘X-Men: First Class’. As for his TV appearance, he goes the main role in the historical TV drama, ‘Taking Chance’. Moreover, he then was present in the TV series ‘The Following’ from 2013-to 15 as a former FBI agent. From 2016-to 17, he also was working for the TV series ‘I Love Dick’.

Recently, the actor got the main character to play in the 2016 horror movie, ‘The Darkness’. Bacon also got another leading character in the movie, ‘Patriots Day’ in the same year. Together with his brother, the actor had formed a band with the name, ‘The Bacon Brothers’. The band brought out 6 albums altogether. As a director, the American actor has worked on 2 feature movies, ‘Losing Chase’ of the year 1996, and ‘Loverboy’ of the year 2005.

In the same position, he has also worked on some of the episodes of the TV drama, ‘The Closer’. In addition, Bacon founded a charitable organization, SixDegrees.org. The organization helps people to donate or collect money for any charity activities within the United States.

Kevin Bacon has done so many amazing works, that he has won several awards and honors. In 1982, he got the Obie Award. In 1996, he got the Broadcast Film Critics Association Award and also the Screen Actors Guild Award. He then won a ‘Boston Society of Film Critics Award’ in the year 2003.

In 2010, the actor became the winner of the Golden Globe Award in the category of the ‘Best Actor in a TV film or Miniseries’. It was on the basis of his work in the TV movie, ‘Taking Chance’. For the same work, he again got a Screen Actors Guild Award. Furthermore, he won the Saturn Award for being the Best Actor on TV in 2013. 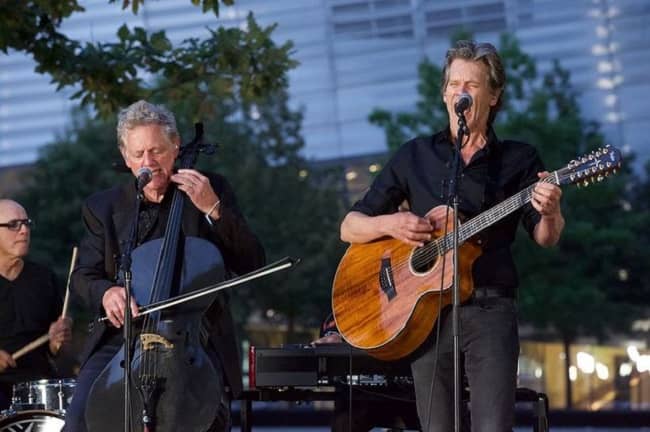 The American actor has been earning an impressive sum of money from his involvement in the entertainment industry. His primary source of income is from his professional career as an actor, and musician. Their recent estimated net worth of Kevin is around $45 million. On the other side, his wife, Kyra Sedgwick has also been making an amazing amount of money and together they are sharing their finance.

Other than this, Bacon and his wife once went on to be victims of Bernie Maddoff’s huge and scandalous Ponzi scheme. This made the couple lose about $30 million-$40 million US dollars.

The name of Kevin’s beautiful wife is Kyra Sedgwick who is also a famous actress. Their wedding took place on 4th September 1988. The couple got to know each other for the first time while they were on the set of the PBS version of Lanford Wilson’s drama “Lemon Sky”. Together, they were present in the dramas such as, “Pyrates”, “Murder in the First”, “The Woodsman”, and “Loverboy”.

In 1989, they became parents of their first child, Travis Sedgwick and in 1992, their other child, Sosie Ruth was born. The beautiful family now is living on the Upper West Side of Manhattan. Before this in the 1980s, the actor was in a romantic relationship with actress Tracy Pollan for 5 years. 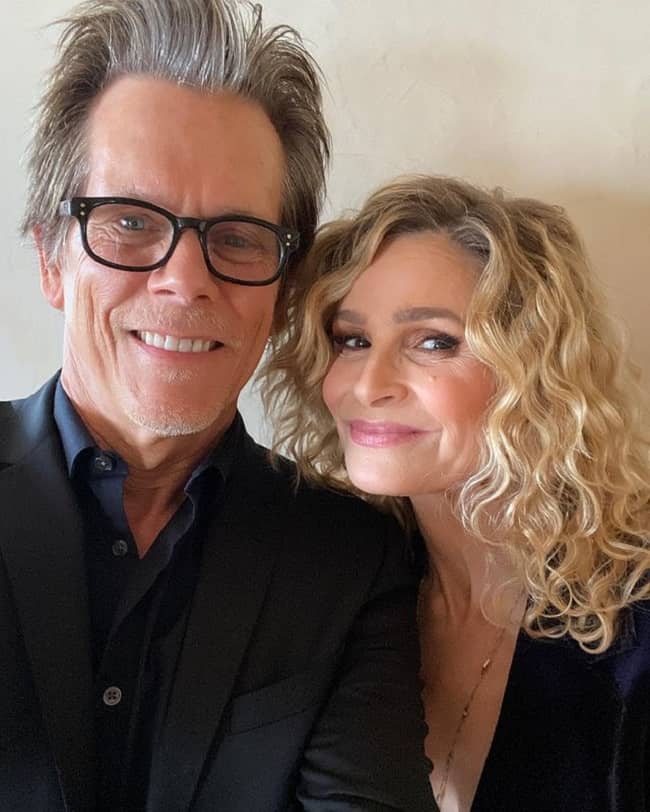 Coming to the body measurement part, the actor has an average height of 5 feet 10 inches or 178 m. He has a slim and muscular body type with a suitable bodyweight of around 76 kg or 167 pounds. Similarly, he has a fair complexion with a pair of stunning blue eyes and short light brown hair.

The size of his chest is 40 inches, his waist is 33 inches, and his biceps are 16 inches. As an actor, he Kevin takes care of his physical structure and health a lot by following a healthy routine and going to the gym. Moreover, the American actor has a dashing and attractive personality with outstanding talents.