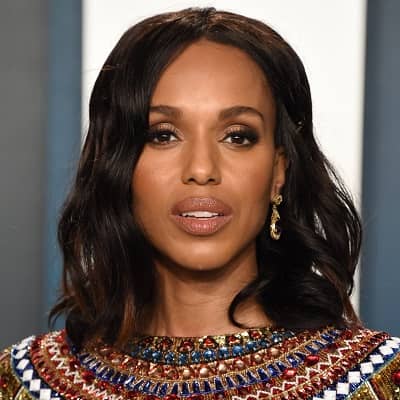 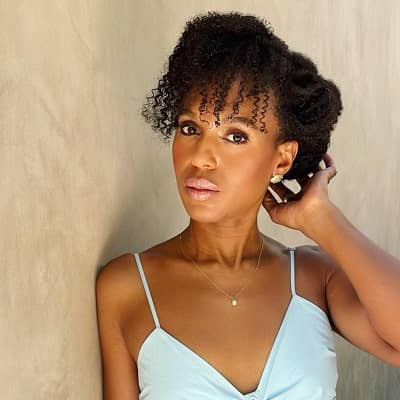 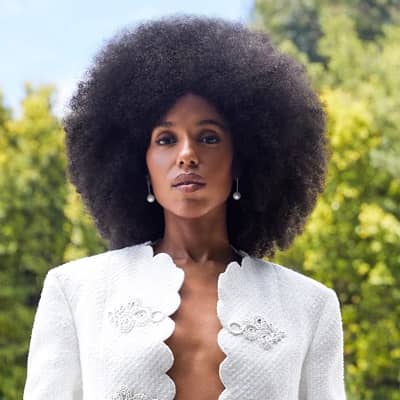 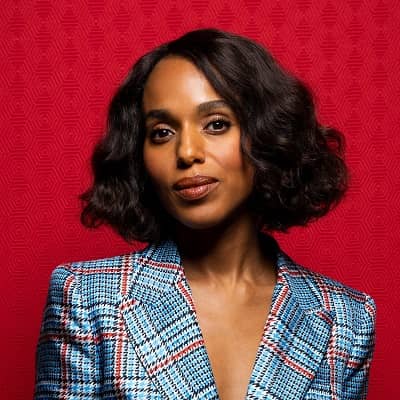 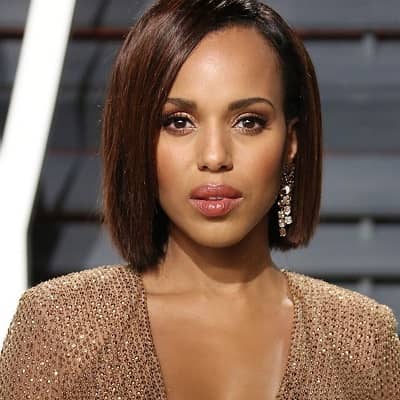 Kerry Washington was born on January 31, 1977, and she is currently 44 years old. Kerry hails from The Bronx, New York City. Her full name is Kerry Marisa Washington and her zodiac sign is Aquarius. Talking about her parents, Kerry’s mother is Valerie and her father is Earl. Kerry’s mother is a professor and educational consultant whereas her father is a real estate broker.

Talking about her family’s ethnic background, Kerry’s father’s family has African-American origin who moved from South Carolina to Brooklyn. Likewise, Kerry’s mother’s family is originally from Manhattan having a mixed-race background from Jamaican-English-Scottish-Native American. On her mother’s side, Kerry is also a descendent of enslaved Africans in the Caribbean. 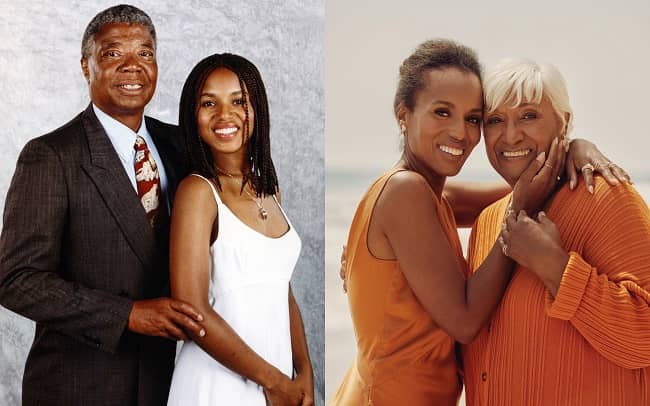 Caption: Kerry Washington in photographs with her parents. Source: Instagram

Likewise, from her mother’s side, Kerry is also a cousin of Colin Powell, a former U.S. Secretary of State. Regarding her educational journey, Kerry attended Spence School from her pre-teen to high school graduation in 1994. Later on, Kerry attended George Washington University.

From the university, she graduated Phi Beta Kappa in the year 1998. Kerry did a double major in anthropology and sociology. Moreover, Kerry studied at Michael Howard Studios. Furthermore, Kerry received her honorary Doctorate of Fine Arts from George Washington University. She was presented with this honor on May 19, 2013, before Kerry gave her commencement address.

Professionally, Kerry Washington is a famous actress, producer, as well as a director. People recognize Kerry for starring as crisis management expert Olivia Pope in Scandal from 2012 to 2018. For this role, Kerry received two nominations for the Primetime Emmy Award for “Outstanding Lead Actress in a Drama Series”. For the same role, Kerry also received a nomination for the Golden Globe Award for “Best Actress – Television Series Drama”.

Likewise, the actress then played the role of Anita Hill in Confirmation in the year 2016. This role earned Kerry a nomination for both the Primetime Emmy Award for “Outstanding Lead Actress in a Miniseries or a Movie” as well as the Golden Globe Award for “Best Actress – Miniseries or Television Film”.

Similarly, she portrayed the role of Mia Warren in Little Fires Everywhere in the year 2020. For this role too, Kerry was nominated for the Primetime Emmy Award for “Outstanding Lead Actress in a Miniseries or a Movie”. 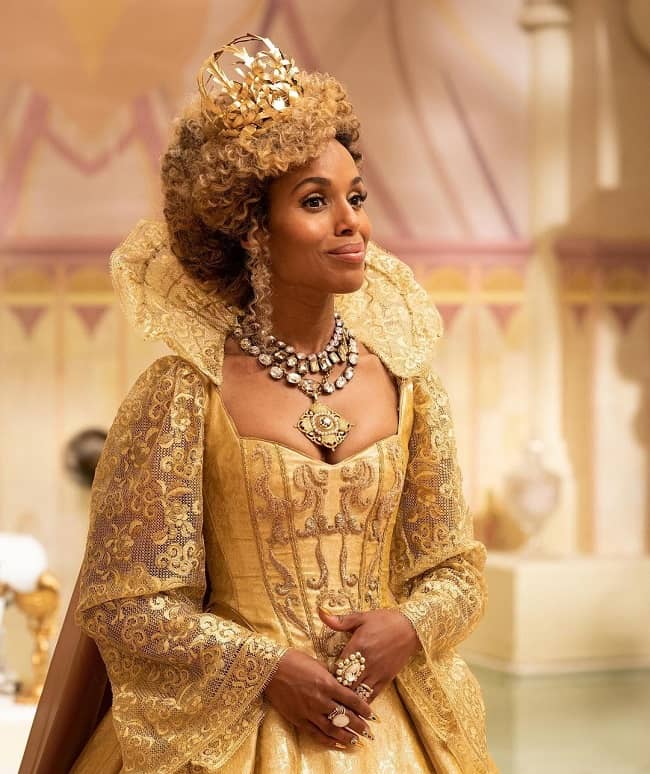 Caption: Kerry Washington playing the role of Professor Clarissa Dovey in the upcoming 2022 film The School for Good and Evil. Source: Instagram

Talking about her involvement in films, people recognize actress Kerry for her roles in Ray as Della Bea Robinson in 2004; ), in The Last King of Scotland as Kay in 2006; in the Fantastic Four films of 2005 and 2007 as Alicia Masters; and in Unchained as Broomhilda von Shaft in 2012.

Moreover, the American actress has also appeared in films Our Song in 2000; The Dead Girl in 2006; Mother and Child in 2009; Night Catches Us in 2010; and American Son in 2019. As a director, Kerry has worked on an episode each of Scandal, SMILF, and Insecure respectively. She also played the role of Susan in the theatrical production of Race in 2009 and as Kendra in 2018’s American Son.

Furthermore, in the year 2014, Kerry was included in Time magazine’s Time 100 list of most influential people. then in the year 2018, Forbes named Kerry the 8th highest-paid TV actress. Moreover, actress Kerry has bagged one Primetime Emmy Award and 5 NAACP Image Awards. One of her allocates also includes The President’s Award. 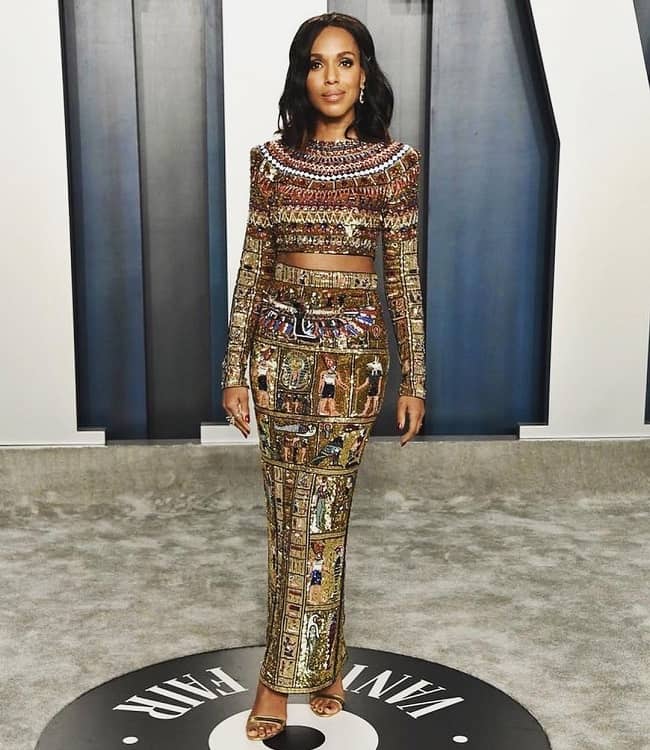 Caption: Kerry Washington posing for a photo in a beautiful dress during an award ceremony. Source: Instagram

She promotes goods from Neutrogena (2013). Likewise, She serves as the cosmetics company’s brand ambassador and creative consultant. During the 2016 Presidential Elections, backed (or endorsed) Hillary Clinton, and shared an ad with Ellen Pompeo, Viola Davis, and Shonda Rhimes.

Kerry Washington is married to Nnamdi Asomugha since 24 June 2013. Nnamdi is a popular actor, producer, as well as a former football cornerback. Kerry and her husband had their wedding ceremony in Hailey, Idaho. At present, Kerry and Nnamdi share two children together. They are daughter Isabelle Amarachi Asomugha born on April 21, 2014, and son Caleb Kelechi Asomugha born on October 5, 2016.

Prior to her marriage with Nnamdi, Kerry was engaged to David Moscow from October 2004 to March 2007. David is a well-known actor, producer, and activist. 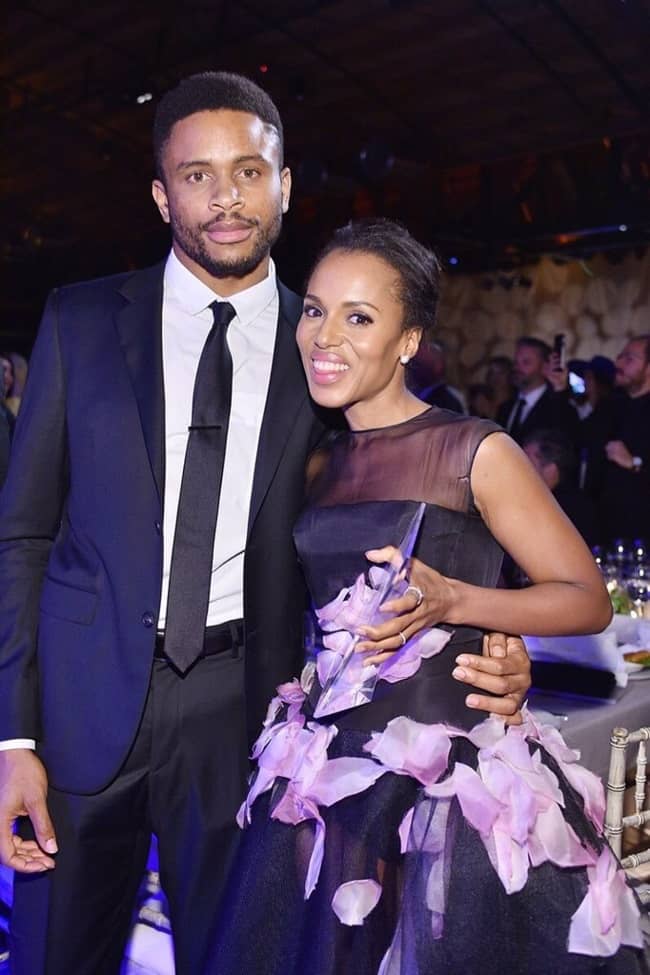 Kerry Washington stands tall at an approximate height of 5 feet 4 inches or 1.63 meters and her weight is around 53 kgs or 117 lbs. Similarly, Kerry has a chest-waist-hip measurement of 32-24-35 inches respectively. Kerry has dark brown eyes and hair of the same color.

Talking about her social media presence, Kerry Washington joined Twitter in October 2010 and so far has over 5.5 million followers on her @kerrywashington account. Similarly, the actress has over 6.3 million people following her journey on Facebook.

Likewise, the actress goes by @kerrywashington on Instagram. On her account, Kerry has garnered over 6.4 million followers as of July 2021. Moving on, the professional actress-producer-director, Kerry Washington, has a net worth estimation of approximately $55 million US dollars.