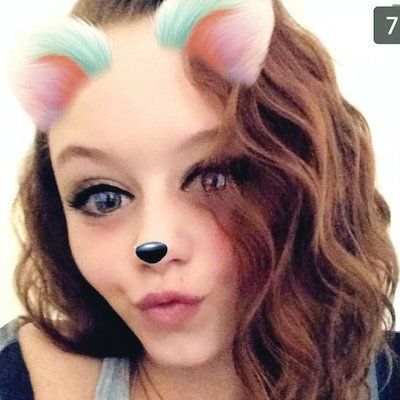 Kenzie Lynn is an American Tik Tok star, as well as a social media personality. Kenzie Lynn is also famous for posting lip-sync, dancing videos, and self voice videos on her Tik Tok account. Moreover, she is also active in various social media like Tik Tok, Twitter, and YouTube but currently taken a break from social media.

Kenzie Lynn an American Tik Tok star and social media personality who was born on April 24, 2002, in Washington, United State of America. Bur later moved to Arvada, Colorado. As of 2020, she turns 18 years old. She is also known as funfilm711 and Okayykenzie. She has a sibling’s brother but the name is not known yet. There is no information regarding her parent’s name, religion, and ethnicity. Her birth sign is Taurus.

As of her career, Kenzie started the social media using Snapchat and later used the Musicall.ly now known as Tik Tok since 2011. She used the name as ‘Okayykenzie’ and ‘funfilm711’ later changing to current a self-titled name. Moreover, she has taken a break from all of her social media for focusing on her snowboarding career.

By the time, she has successfully gained more than 2 million likes on her TikTok account. She used to post the TikTok with the song by the artist as Jhene Aiko, Kendrick Lamar, and Calvin Harris.

Being a famous American Tiktok star and social media personality, she certainly has gained a huge influence over her audience. She also does brand endorsements and is the brand ambassador for Complete nutrition.

The multi-talented star is currently in a break from social media.