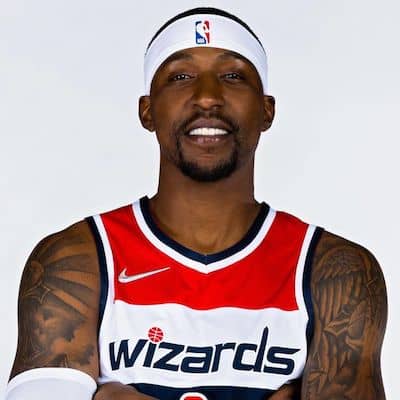 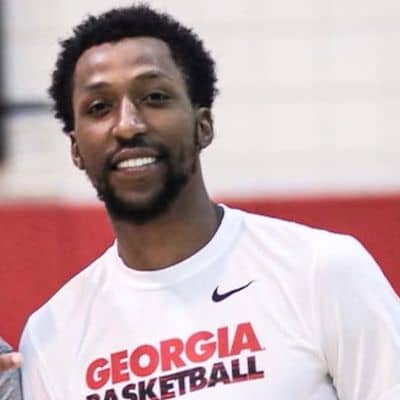 Kentavious Caldwell-Pope was born on February 18, 1993. His full name is Kentavious Tannell Caldwell-Pope. His current age is 29 years old and his birth sign is Aquarius. He is originally from Thomaston, Georgia, USA. Her parents are Lawrance Pope and Rhonda Caldwell. He has a brother named Trevon Pope. Moreover, he belongs to the Afro-American ethnic group. 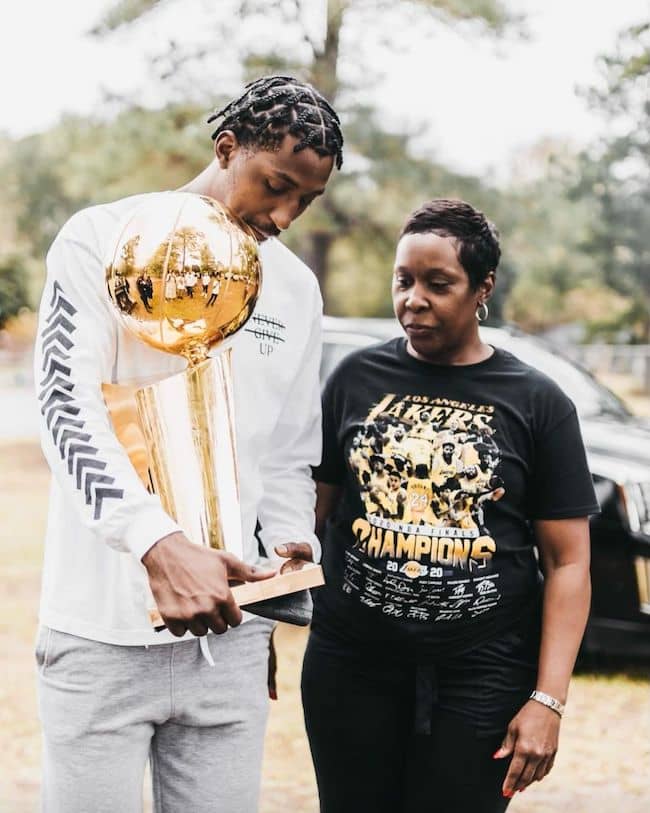 Kentavious Caldwell-Pope currently plays for the Los Angeles Lakers as their Shooting guard. He has played for the teams Detroit Pistons. This player was named a McDonald’s All-American as one of the top high school basketball players in the class of 2011. Kentavious played college basketball for two years with the Georgia Bulldogs in the Southeastern Conference (SEC) and was voted the SEC Player of the Year as a sophomore in 2013.

Moreover, he was selected with the 8th overall pick in the 2013 NBA draft by the Detroit Pistons. Similarly, he played four seasons with the Pistons before joining the Lakers as a free agent in 2017–18. This player won his first NBA championship with the Lakers in 2020. This player was selected by the Detroit Pistons on 27 June 2013 with the eighth overall pick in the 2013 NBA draft.

Later, he joined the Pistons for the 2013 NBA Summer League and signed his contract with the team on 19 July. Likewise, he was associated with Detriot Pistons from the year 2013 to 2017. Later on July 7, 2017, he was declared a free agent by renouncing his position on the team. Further, on 13 July 2017, he signed with the Los Angeles Lakers a one-year $ 18 million contract. 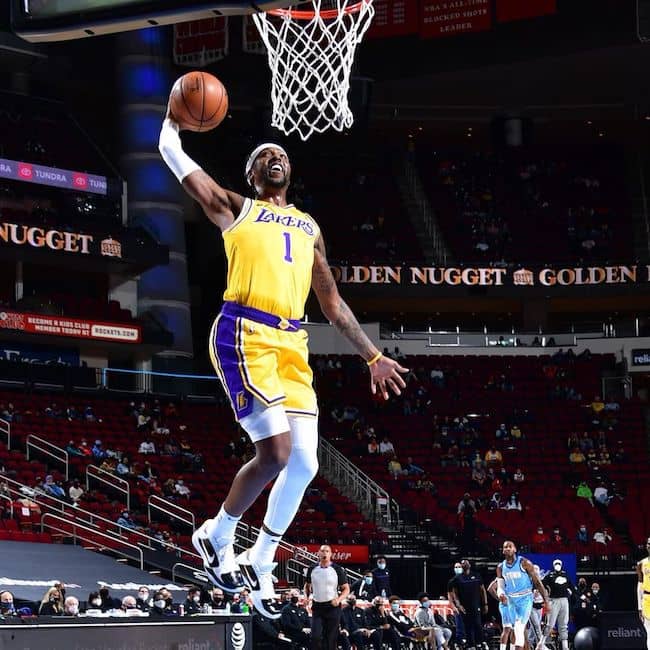 Caldwell debuted for the Lakers on 22 October 2017, earning 20 points as a starter in a loss of 119–112 to the Pelicans of New Orleans. Similarly, on 6 July 2018, he re-signed a $ 12 million contract with the Lakers for one year and is playing along with his team-mates LeBron James, and Lonzo ball. Moreover, on August 6, 2021, this player was traded to the Washington Wizards as part of a package for Russell Westbrook.

And, in 77 games with the team, he averaged 13.2 points, 3.4 rebounds, and 1.9 assists per game. Furthermore, on July 6, 2022, Caldwell was traded, alongside Ish Smith, to the Denver Nuggets in exchange for Monté Morris and Will Barton. And, on July 16, 2022, he signed a two-year, $30 million contract extension with the Nuggets.

This player has been in the league for several years and has signed lucrative contracts. Similarly, he has been sporting Nike sneakers in his NBA career and dons several player editions too. Caldwell most recently played with Giannis’ signature ‘Nike Zoom Freak 1,’ and he has worn LeBron’s and Anthony Davis’ signature sneakers as well.

This professional basketball player has a handsome amount of money through his profession. Therefore, his net worth is $18 million.

Speaking of his personal life, in June 2016, Caldwell-Pope married his partner, McKenzie Redmon. The two met in Dallas, Texas, while Caldwell-Pope was playing for the Detroit Pistons. Moreover, Mckenzie has a son named Kenzo from her earlier relationship, who was the only one when the couple started dating. They later welcomed a son in 2017 named Ken Caldwell-Pope Jr. The two also have another son named Kendrix (b. January of 2019). 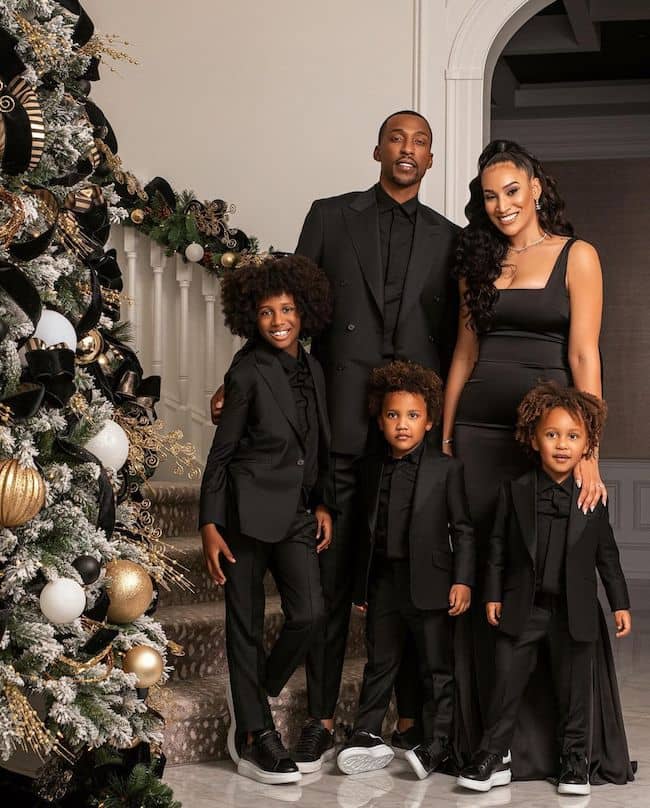 This famous NBA star is 6 feet 5 inches in height. And, he weighs around 93 kilos. Caldwell is not only a world-class athlete but also a very attractive individual. His eyes are dark brown in color whereas his hair is black in color. Moreover, his other body stats are unavailable.