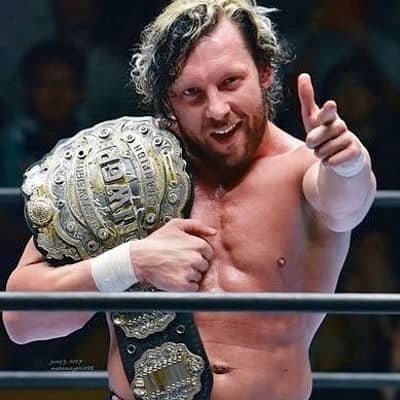 Kenny Omega is widely famous as a professional wrestler. Kenny Omega was formally recognized for his time in New Japan Pro-Wrestling (NJPW). He was the IWGP Heavyweight Champion as well as known for other different titles.

Kenny Omega whose birth name was Tyson Smith was born on October 16, 1983, in Canada. As of now, he is already 38 years old. His zodiac sign is Libra. He was born and raised in Transcona, Manitoba, Canada, to a family services worker mother and a transport officer father. He has a younger sister as well. Other than that he hasn’t revealed much about his family members.

He wrestled for TRCW for two years, developing the gimmick of a Hawaiian surfer named Kenny Omega. He graduated from TCI Transcona Collegiate Institute in 2001 and enrolled in university, but dropped out during his first year to pursue professional wrestling full-time.

Omega made his professional wrestling debut in the early 2000s with Premier Championship Wrestling. He won gold in the company a year later. Throughout his career, Omega worked for several independent promotions, earning him the title of “Best Wrestler Ever.” Omega made his PWG debut at the Battle of Los Angeles event in 2008, winning the PWG World Championship. 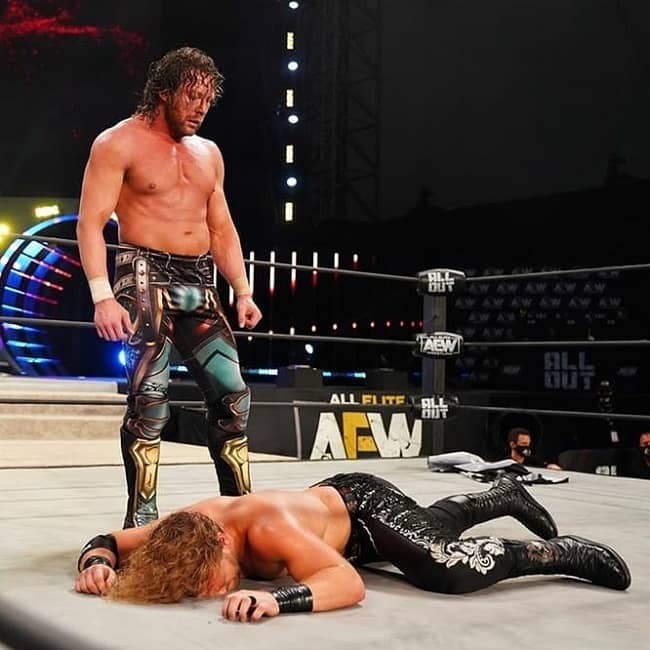 At Wrestle Kingdom 9, he defeated Ryusuke Taguchi to capture the IWGP Junior Heavyweight Championship for the first time. After Kingdom match 10, the stable turned on AJ Styles and crowned Omega as their leader. Omega won the IWGP Intercontinental Championship by defeating Hiroshi Tanahashi at The New Beginning in Niigata. Less than a week later, he and The Young Bucks won the NEVER Open weight 6-Man Tag Team Championship.

Omega has crowned the inaugural IWGP United States Champion at G1 Special after defeating Michael Elgin, Jay Lethal, and Tomohiro Ishii in an eight-man tournament. Omega began working with Hangman Adam Page. They defeated SCU for the AEW World Tag Team Championship on Jericho’s cruise. They faced several opponents before their dissension as a result of Page’s storyline alcoholism. The duo lost the AEW World Tag Team Championship to FTR at All Out 2020.

Omega has held the Impact World Championship since 2020, defeating Rich Swann. After a few months, he was dethroned by Christian Cage. During his reign as champion, Omega faced several challenges. Omega sparked a feud with Hangman Adam Page.

Smith considers himself a straight edge because he does not consume alcohol, tobacco, or drugs. However, he seems to be single. Since 2018, Smith has been experiencing vertigo.   Michael Nakazawa, a fellow professional wrestler, and former tag team partner are one of his closest friends. Smith is fluent in Japanese and lived in the Katsushika ward in Tokyo’s east end as of August 2018.

In October 2016, Smith told ESPN.com that he “liked Japanese culture before even realizing it was, in fact, Japanese culture,” and that his favorite video games and cartoons were Japanese. Since then, he has become a Japanese citizen. Smith stated in 2016 that he had little time to think about relationships outside of wrestling because he was entirely focused on his wrestling aspirations.

Smith, a self-described video gaming enthusiast, produced a YouTube series called Cleaner’s Corner in which he played some of his favorite games. In his spare time, he regularly visits video gaming conventions. He made a surprise guest appearance at Community Effort Orlando on June 26, 2016.

He defeated fellow professional wrestler Xavier Woods in a round of Street Fighter V. Smith portrays Cody Travers in 2018. Omega was defeated by Hangman Adam Page in Full Gear 2021. Omega has officially taken some time off and written off due to several injuries.

Kenny Omega was in charge of the game. After Tweeting about the AEW Women’s Championship fight between Dr. Britt Baker and his long-time buddy Riho, Kenny Omega received a barrage of nasty feedback on social media.

Also, Omega quickly became involved with a plethora of trolls, and it wasn’t long before he mentioned the name of someone well-known. Jim Cornette responded, puzzled as to why he had been summoned to Omega’s online battle. Kenny Omega has now apologized to The Midnight Express’s former manager and expressed regret for bringing up respiratory concerns in a world plagued by COVID.