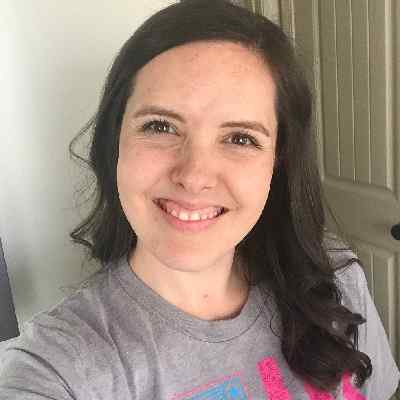 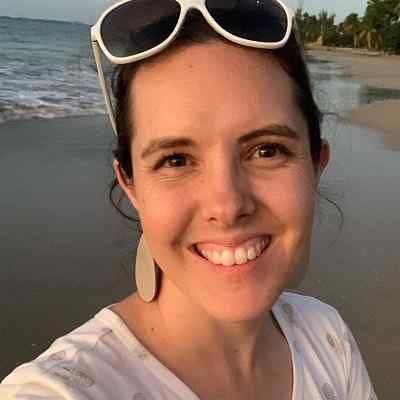 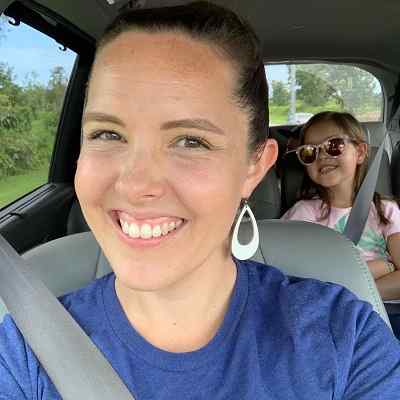 Kendra Johnston is 39 years old. She was born on June 21, 1983, in Arizona, USA, under the astrological sign of Cancer. Her parents’ names and other information regarding her are not available. However, she has a sister which she has featured in Instagram photos. Similarly, she holds an American nationality. Aer further information regarding her educational background is also not available on the web. 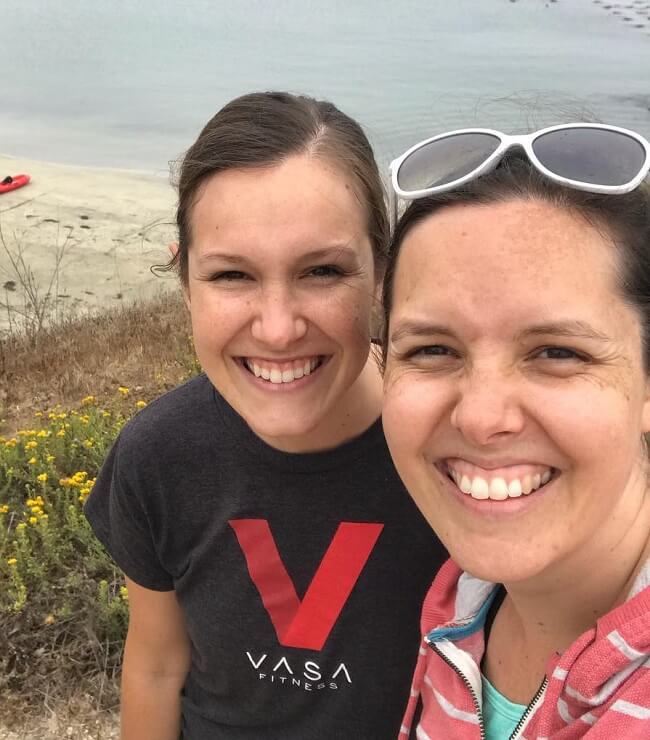 Caption: Kendra Johnston posing for a selfie with her sister (Source: Instagram)

Speaking on Kendra Johnston’s earnings, she is an American YouTuber who runs J House Vlogs and has earned collectively a decent sum of money. Therefore, her family’s YouTube channel has an estimated net worth of $6.3 million. Furthermore, she alongside family members lives happily with the fortune collected through YouTube.

Reflecting on Kendra Johnston’s love life, she is a married woman and a mother of five kids. She married Jeremy Johnston who is also a fellow YouTube personality on January 2, 2005. Currently, the family of seven lives a happy and blissful life together in Kansas City, Missouri.

They meet each other when the duo lived in the same apartment complex. Her husband Jeremy showed interest in her initially. When he asked her out, she refused as she did not know him at the time. Later, the duo got to know each other at a dance party that they hosted together at their apartment complex. Then he even asked her to dance with him but left her just after one dance to pair them with others. This made her irritated.
Likewise, they were heading to their apartments together after the party ended at midnight. She lived on the first floor and he lived on the third floor. The duo was ready to part ways when they started conversing about many things. Before they grasped it, four hours had already passed. Eventually, she got to her apartment and told her flatmate, “Man, forever with that guy would go quickly.” Similarly Jeremy, for his part, felt that they endured similar views on various matters. 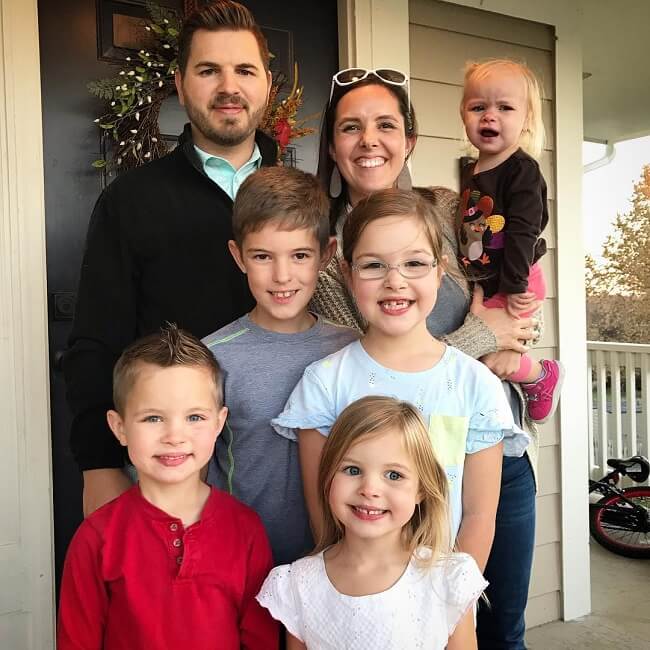 Caption: Kendra Johnston posing for a family photo with her husband and kid (Source: Instagram)

In the initial phase, they became friends. However, a relationship started to grow between them by August 2004. Later, the duo engaged. On January 2, 2005, they tied the knot and exchanged wedding vows. Then their first and oldest kid in the family, Isaac, was born on June 26, 2008. The duo was living in Utah as Jeremy was seeking a law degree at Brigham Young University—J. Reuben Clark Law School. Then, the duo welcomed their second-born and oldest daughter, Elise on January 20, 2010.
After 2010, she along with her husband and kids moved to Kansas City, Missouri. Her husband started his professional career as an attorney at Brown & James PC in August 2010, with her staying at home and raising their children. Then, they welcomed their third child, a son named Caleb on February 11, 2012, in Kansas City. Similarly, the duo welcomed their fourth child Laura on January 25, 2014, and their fifth child, a daughter named Janae on March 1, 2017.

Professionally, Kendra Johnston is an American YouTuber and social media personality. Similarly, she is the housemother of the Johnston family that runs the popular YouTube family vlogging channel, ‘J House Vlogs.’  They homeschool their children and upload vlog entries presenting a glimpse into their lives. Originally his husband Jeremy’s idea was to set up a YouTube channel and document their daily lifestyle and the memoirs of their children on it. Initially reluctant, she required some convincing before she agreed to it.

Likewise, the duo created their family YouTube channel The ‘J House Vlogs’ on Joined August 15, 2014. Then they posted the first debut video, titled ‘First Vlog’ on 18 September 2014. In the video, she and Jeremy introduce their family and chat about their plan and purpose with the channel. In the initial years, they have maintained more or less sustained those early plans. They uploaded videos several times a week.

On December 25, 2017, the duo revealed the fact that their surname is Johnston in a video titled ‘Last Name REVEAL’. Thus, their outro catchphrase, “Goodnight, J House out” is spoken by one of the family members in most videos. They seldom record one of the kids speaking it and play the recording at the end. This family YouTube channel has the comment section disabled on all of its videos.

One of the most popular videos on the channel is ‘Laura’s 3-Year-Old Birthday Special’ with almost 69 million total views posted on January 29, 2017. Some of the other notable videos are? WORST TORNADO WATCH, Trick or Treat, 3rd Birthday Party, Laura’s 2-Year-Old Birthday Special, and Racing Tornado to Airport. So far, the channel has garnered more than 2.09 million subscribers with over 22 billion total views. 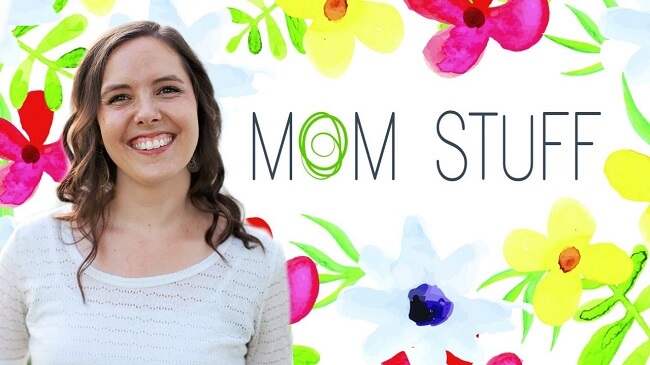 She also created her own YouTube channel, ‘Mom Stuff,’ on July 8, 2016, and uploaded the first video on the following day. Titled ‘Mom Stuff Intro’ where she shows her giving an aspect of what the channel is going to be about her subscribers. However, she has uploaded two more videos since then. Two of her other videos include “First Trimester Update!,” and “Live Pregnancy Test!.” Her last video was posted on September 12, 2016. Moreover, she has kept all her focus on the main family YouTube channel. Within three videos, she has garnered more than 52.4k subscribers.

Kendra Johnston has a beautiful pair of dark brown eyes and brown hair color. She is very beautiful and has a very attractive charming face. Moreover, she has a good tall height with a fit and healthy body physique. Thus there is no information regarding her body measurements.