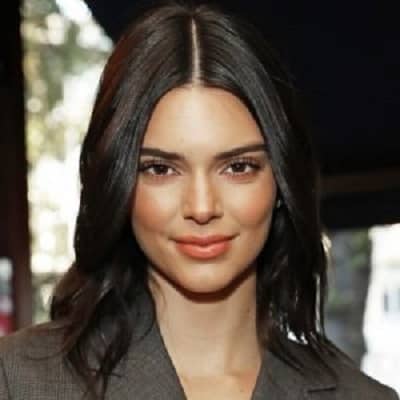 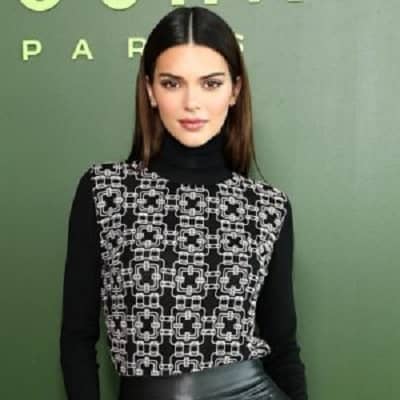 Kendal Nicole Jenner was born on November 3, 1995, in Los Angeles, California, United States. She is the eldest born to Kris Jenner and Caitlyn Jenner. She has a younger sister, Kylie Jenner. Likewise, she is currently 26 years old.

However, she has three other half-sisters through her mother (Kourtney Kardashian, Kim Kardashian West, and Khloé Kardashian). Kylie also has one half-brother, Rob Kardashian. She went to Sierra Canyon School in Los Angele. However, she dropped out of school to pursue a career in modeling. She continued her education through homeschooling. 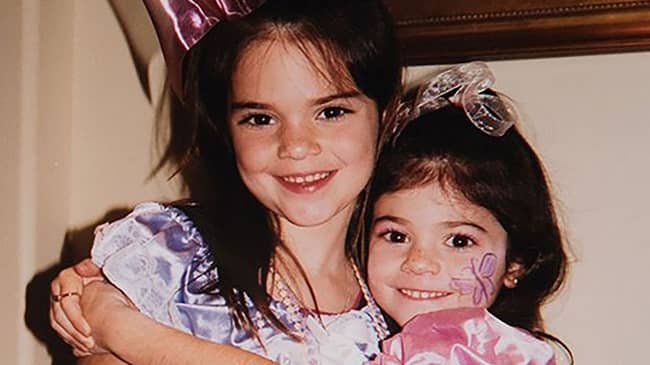 Kendall Jenner started her career by featuring in her family’s series ‘Keeping Up with the Kardashians’. The show was broadcasted on the ‘E!’ cable network. The show was a hit and also helped her earn a lot of fame. Therefore, on July 12, 2009, she went on to sign with modeling and talent agency ‘ Wilhelmina Models’. She was just 14 years old when she signed with the agency. Her first modeling assignment was in December 2009. I was titled ‘Rocker Babes with a Twist’. The campaign was for ‘Forever 21’; an American fast-fashion retailer.

She also appeared in the song ‘Blacklight’ by ‘One Call’. In April 2019, Jenner appeared in a ‘Teen Vogue’ snapshot. Moreover, Kendall also got an opportunity to walk the ramp for Sherri Hill. The event took place in September 2011 at the ‘Mercedes-Benz Fashion Week’. Jenner developed two signature nail lacquer for ‘Nicole by OPI Kardashian Kolors’ nail polish line in 2011. Jenner’s signature nail lacquer helped the sisters earn $100,000.

On March 16, 2012, Kendal and Kylie were creative directors of ‘Gillette Venus Gets Ready with Kendall and Kylie’. The webisode series aired on the Facebook page of ‘Gillette’.In 2012, Kendall played AJ in the American Tv series ‘Hawaii Five-0’. She appeared in the episode named ‘I KaWaMamua’. She also had covers on ‘Flavour Magazine ‘American Cheerleader’, ‘Lovecat’, ‘Teen Prom’, ‘GenLux’, ‘Raine’, and ‘Looks’.

In November 2012, Jenner paired up with Russel James for editorial jobs and joint assignments.  ‘Harper’s Bazaar Arabia’, ‘Miss Vogue Australia’, and ‘Kruv’ featured the duo’s work.  On November 15, 2012, Kendall and Kylie collaborated with ‘PacSun’ to come up with their own fashion line. The line was named ‘The Kendall & Kylie Collection’. Moreover, the collection reflected their personal style. The duo also collaborated with ‘TopShop’ for the next collection. It was launched on February 8, 2016, in New York. In addition to that, in July 1023, the Jenner sisters partnered with ‘Pascal Mouawad’s Glamhouse’ for their jewelry collection. It was named ‘ Metal Haven by Kendall & Kylie’.

Kendall signed with ‘The Society Management’ on November 21, 2013. Thus, while her association with the company, she walked the ramp for several fashion designers. She walked the ramp for Marc Jacobs, ‘Tommy Hilfiger’, ‘Chanel’, ‘Giles Deacon’, and Donna Karan. Jenner appeared as a guest star in the episode ‘ShakesparagusSpeare’ of the series ‘The High Fructose Adventures of Annoying Orange’. She voiced a character called Strawberry in the series. The episode aired on January 20, 2014.

In August 2014, Kylie appeared in the video ‘Recognize’ alongside rapper Drake. Jahron Anthony Brathwaite who is renowned by his stage name ‘PartyNextDoor’ wrote the song. In November of the same year, Jenner became the official representative of Estée Lauder’.

Her modeling career was peak point in 2015. Jenner walked the runways for designers and brands including ‘Victoria’s Secret Fashion Show’. She even got the opportunity to shoot editorials and covers with magazines such as ‘Harper’s Bazaar’, ‘GQ’, and ‘Vogue’ issues in China, America, and France. In addition, Jenner signed with ‘Calvin Klein Jeans’ in March 2015. Moreover, she also signed with ‘Penshoppe’.

Jenner shot editorials and covers for ‘Vogue Brazil’, ‘V’, ‘Vanity Fair’, and ‘Love’ in 2016. Moreover, Vogue dedicated a special edition editorial supplement to her in the same year. However, in 2017, Kendall’s appearance in a ‘Pepsi’ ad campaign resulted in her being ridiculed. The name of the campaign was ‘Live For Now’.  In 2018, Kendall played a cameo role in the comedy film ‘Ocean’s 8’. 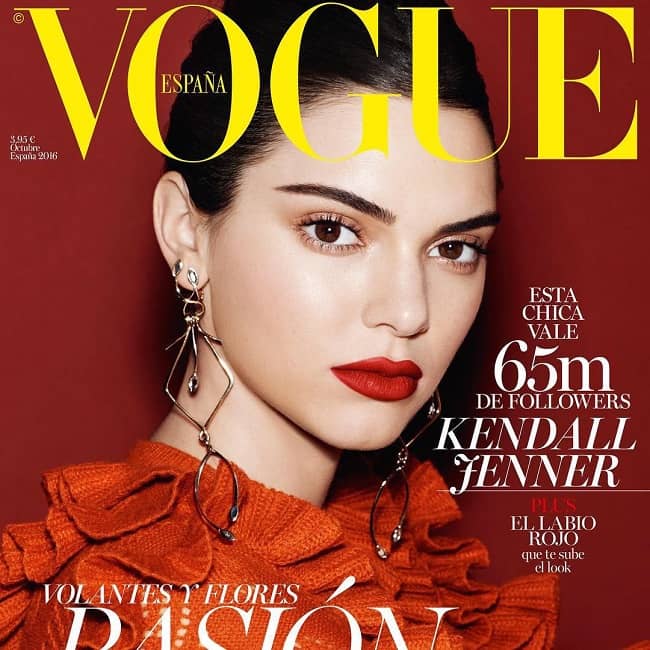 Jenner worked hard from a very young age. Her hard work and dedication earned her a lot of modeling opportunities and fame. Therefore, her net worth is $45 million.

Jenner does not publicly disclose her love life details. However, some of her rumored dates are Harry Styles, Nick Jonas, Ben Simmons, and Devin Booker. However, she confirmed that she is dating Devin Booker while talking to Andy Cohen during the ‘Keeping Up with the Kardashian’ reunion episode.

Jenner has maintained her physique and has gained many followers on social media. She is 5 feet 10 inches tall and weighs about 59kg. Jenner has golden brown eyes and dark brown hair. 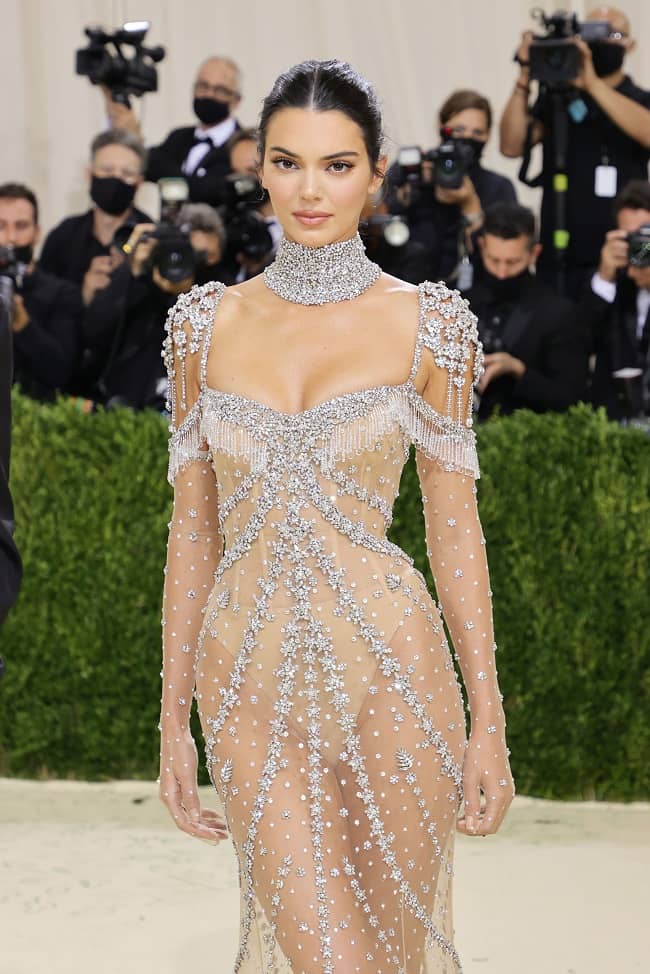