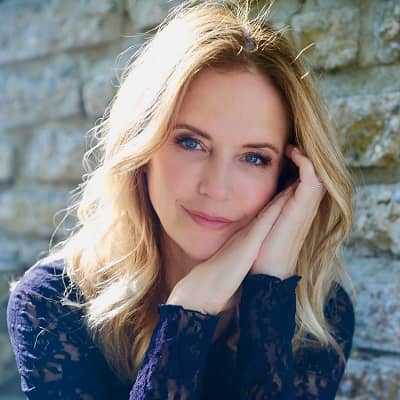 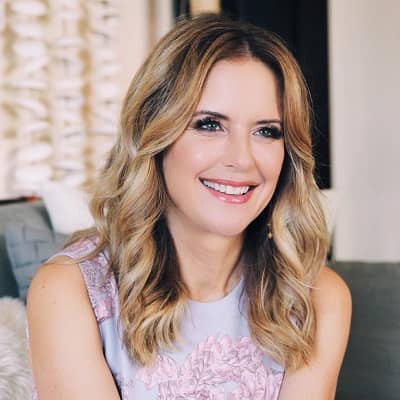 Kelly Preston is an American former model and actress. Kelly Preston has appeared in more than 60 television shows and films combined. Also, she is popular for her works in ‘Mischief’, ‘Twins’, and ‘Jerry Maguire’.

Kelly Preston was born as Kelly Kamalelehua Smith on October 13, 1962, in Honolulu, Hawaii, USA. She was an American citizen with a Libra horoscope. The name of her parents is a father, Peter Palzis, and mother, Linda Carlson. Her mother was an administrator of a mental health center and her father worked in an agricultural firm. Unfortunately, he drowned when she was just three years old. Later, her mother married Peter Palzis, who adopted her. She also has a half younger brother, Chris Palzis.

She moved to Iraq during her childhood. She then moved to Australia with her family. She then spent a lot of time in Australia. She attended ‘Pembroke School’ in Adelaide and later went to ‘Punahou School’. Then, she enrolled at the ‘University of Southern California’ to study drama. When she returned to Hawaii, she started appearing in commercials and developed an avid interest in acting, which she went on to pursue full-time. 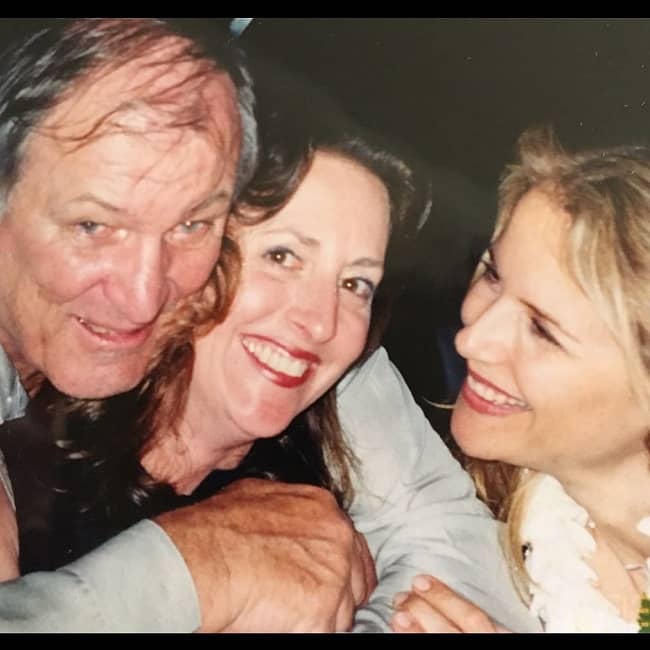 Caption: Kelly Preston with her father and Marion (Source: Instagram)

On July 12, 2020, Preston died at the age of 57, two years after she had been diagnosed with breast cancer. Her diagnosis had been kept quiet and was not widely publicized. Preston had been receiving treatment at the MD Anderson Cancer Center in Houston, Texas. Preston was at her home in Anthony, Florida when she died. Her death was out in an Instagram post under an account belonging to John Travolta and Ella Bleu.

Preston’s son Jett Travolta was described as suffering from Kawasaki disease as an infant and had a history of seizures. In 2003, Preston appeared on The Montel Williams Show to promote L. Ron Hubbard’s Purification Rundown, which she credited with helping her son. On January 2, 2009, Jett Travolta died while the family was on a vacation in the Bahamas. In September 2009, Travolta and Preston confirmed longstanding speculations when they testified that their son had autism and suffered regular seizures.

This revelation came during their testimony at the trial resulting from an extortion attempt related to their son’s death. On January 23, 2009, three people were arrested in the Bahamas in connection with a multimillion-dollar extortion plot against Travolta and Preston concerning the circumstances of their son’s death. One of the men, Obie Wilchcombe, a member of the Bahamian Parliament and former Bahamian Minister of Tourism, was described as a “close friend” of Travolta and Preston.

Two others allegedly involved were an EMT named Tarino Lightbourne and a Bahamian senator named Pleasant Bridgewater. Bridgewater was charged with abetment to extort and conspiracy to extort and resigned from the Senate as a result of the allegations. The first trial ended in a mistrial. After a second jury had been selected, the Travoltas elected to drop the case, and all charges against the defendants were dismissed.

Kelly Preston started her career with some commercials and minor roles in television and films. She was at the age of sixteen at the time she started her career. Her first big break came in 1985 when she was signed for the romantic comedy teen flick ‘Mischief’ where she played the role of ‘Marilyn McCauley’. Later, she was signed for a similar project and played ‘Deborah Ann Fimple’ in the romantic comedy ‘Secret Admirer’. Over the ensuing years, she appeared in films, such as ‘SpaceCamp’ (1986), ‘Love at Stake’ (1987), ‘Amazon Women on the Moon’ (1987), ‘The Experts’ (1989), and ‘Cheyenne Warrior’ (1994).

In 2000, she appeared in the film ‘Battlefield Earth,’ playing the girlfriend of the protagonist ‘Terl,’ played by her husband John Travolta. She was in the ‘Maroon 5’ music video ‘She Will Be Loved’ in 2004. The video was on the top of the chart and was a commercial success. It had Kelly playing the love interest of ‘Maroon 5’ frontman Adam Levine. She has appeared in over 60 productions across television and films in her career so far. She has worked with some of the most significant figures in the industry.

Her notable appearances with popular figures were in projects like ‘Twins’ in 1988 with Arnold Schwarzenegger and Danny DeVito, ‘From Dusk Till Dawn’ in 1996 with Quentin Tarantino, George Clooney, and Harvey Keitel, ‘Addicted to Love’ in 1997 with Meg Ryan and Matthew Broderick, ‘Death Sentence’ with Kevin Bacon in 2007, and ‘Casino Jack’ with Kevin Spacey in 2010. In 2018, she was in a biographical crime film titled ‘Gotti’ alongside her real-life husband John Travolta. In her career, she has worked with some of the most popular names in the industry, including Quentin Tarantino, George Clooney, Harvey Keitel, Kevin Spacey, Debra Winger, Zooey Deschanel, Hank Azaria, and her husband John Travolta.

Additionally, the talented actress has also acted in some critically acclaimed short films, including the ‘Academy’ award-nominated ‘Little Surprises’ in 1996. Preston was a spokeswoman for Neutrogena, appearing in its print and television ads. Preston’s final red carpet appearance came at the New York City premiere of her husband’s television miniseries Gotti in 2018. She is an avid supporter of parents’ and children’s rights. She is also very vocal about the drug, education, and environment-related issues. 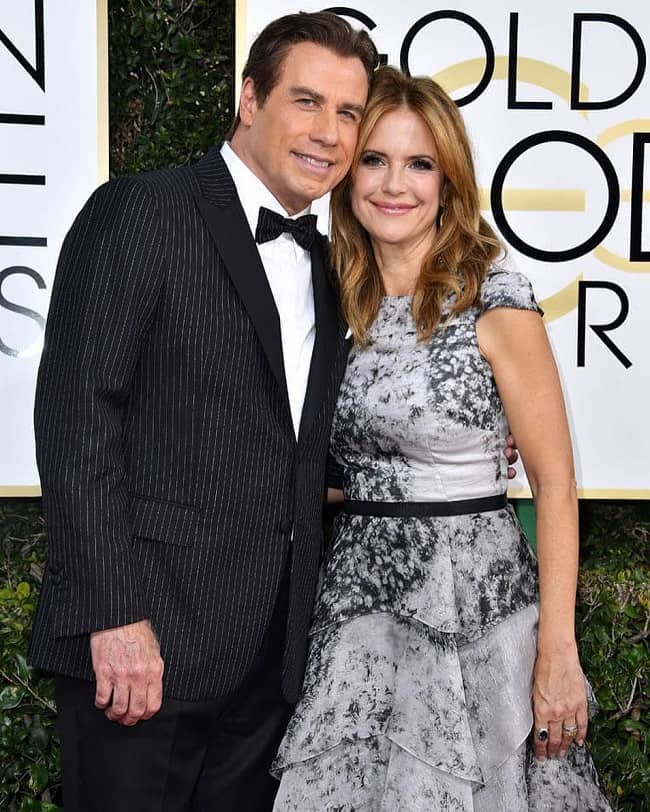 Caption: Kelly Preston with her husband at an event (Source: Instagram)

Being an actress and former model, Kelly earns an impressive amount of money and fame through her profession in the field of the entertainment industry. Based on some online reports, her net worth was around $180 million including her assets and earnings.

Talking about Kelly’s relationship status, previously she had a couple of relationships. She married to actor Kevin Gage in 1985, but the marriage ended in divorce in less than two years. She then dated George Clooney for a year or so. She was then engaged to Charlie Sheen in 1990 but ended the relationship shortly after he allegedly shot her in the arm. In a 2011 interview with TMZ, Preston said that Sheen did not shoot her.

Preston first met John Travolta in 1987 while filming The Experts. They married in 1991, traveling to Paris on an Air France Concorde for a wedding ceremony at the Hotel de Crillon on September 5, 1991. However, a second ceremony was required because the first, performed by a French Scientology minister (both Preston and Travolta were Scientologists), was considered invalid. The second ceremony took place on September 12 in Daytona Beach, Florida. Preston and Travolta had three children: son Jett (April 13, 1992 – January 2, 2009), daughter Ella Bleu (born 2000), and a second son, Benjamin (born 2010). Preston remained a Scientologist until her death. Moreover, she loves spending time with her family and kids. 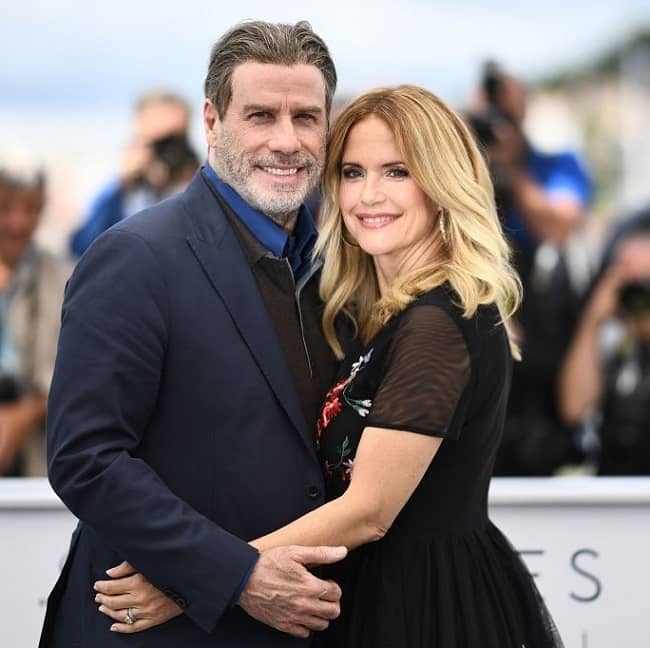 Regarding Kelly Preston’s body measurement, she was 5 feet 7 inches tall and had a weight of 57 kg. She had a pair of blue eyes and blonde hair. Moreover, her body measurement was 37-25-35 inches. She used to wear a dress size of 2 (US) and a shoe of size 10 (US). Also, she used a 42 C bra size. As an actress, she had a very beautiful face and body. She had a fair complexion and an adorable personality.