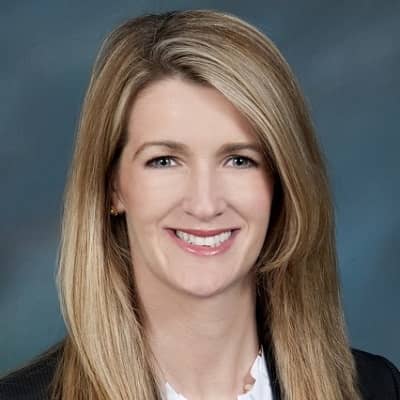 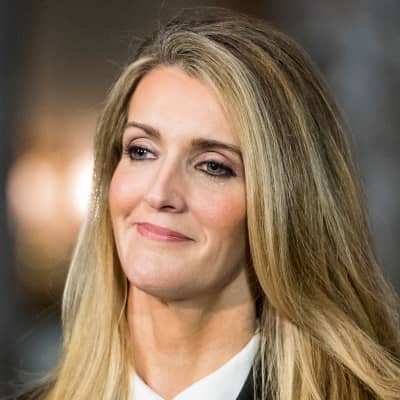 Kelly Loeffler is a businesswoman turned politician. Kelly served for a year as a United States Senator from Georgia after being appointed to complete the term of a leaving Senator in 2020. She ran for but did not win, a seat in the 2020 general election.

Kelly Lynn Loeffler aka Kelly Loeffler was born on November 27, 1970, in Bloomington, Illinois, United States America. Kelly’s zodiac sign is Sagittarius and she is currently 50 years old. Moreover, she holds American nationality and is unknown about her ethnic background. Furthermore, Kelly follows Christianity and has American descent.

Kelly is the of Don and Lynda Loeffler. She grew up on her family’s corn and soybean farm in Standford with her brother. Talking about her sibling, she has a brother named Brian. Kelly’s parents married in 1969.

Talking about Kelly’s education life, she graduated from Olympia High School in 1988. During her school life, she was in marching band, ran cross-country and track, and played varsity basketball. Moreover, Kelly completed her graduation with a Bachelor of Science degree in marketing from the University of Illinois at Urbana- Champaign’s Gies College of Business in 1992.

At the time, Kelly was a member of the Alpha Gamma Delta sorority. After completing college, she worked for Toyota as a District Account Manager.  Kelly has completed her graduation with a Master of Business Administration (MBA) in international finance and marketing from DePaul University’s Kellstadt Graduate School of Business. She borrowed money from her grandparents’ land to pay for her graduate school tuition.

Kelly worked at Citibank, William Blair & Company, and the Crossroads Group after getting her MBA degree. In 2002, she began working in investor relations with Intercontinental Exchange. She rose through the ranks to become the senior vice president of investor relations and corporate communications. Kelly was CEO of Bakkt in 2018. According to Salon, Kelly helped International Exchange to establish. Also, in the Cayman Islands, an offshore tax haven, market a credit default swap clearinghouse.

Kelly Loeffler bought a minority stake in the Atlanta Dream of the Women’s National Basketball Association (WNBA) in 2010. Kelly and Mary Brock bought the basketball team from Kathy Betty. She has an active role in the team. Where she arranged her travel schedule to attend all games and often meeting with the head coach. Moreover, she decided to sell her team’s share. Intercontinental Exchange gave Kelly approximately $9 million in financial assets when she quit and enter the Senate. 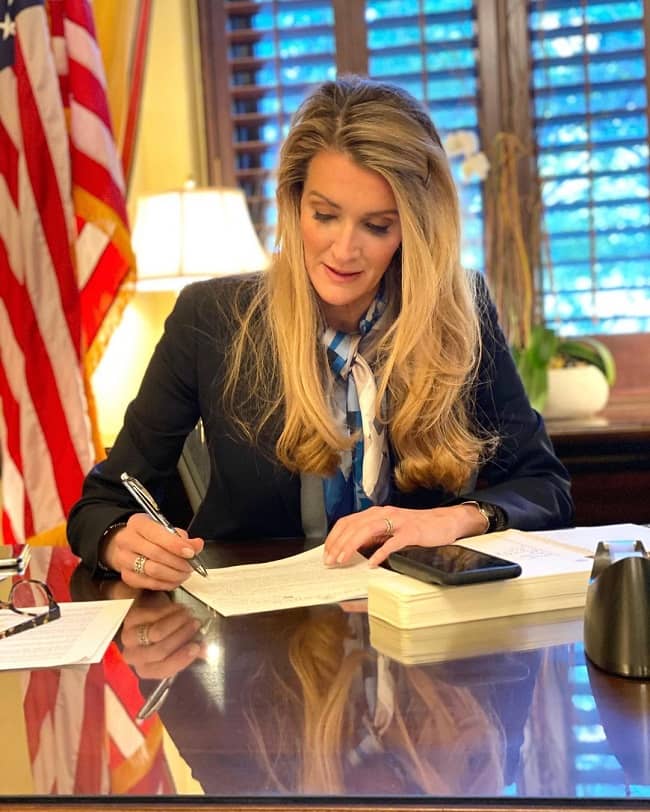 By joining the Senate, she “left millions in equity compensation behind,” according to a representative for the senator. After U.S. Senator Johnny Isakson announced his intention to leave at the end of the year 2019 due to his health issues. Then, Georgia Governor Brian Kemp appointed Kelly to be Johnny’s replacement. Some Republican critics that Kelly was too moderate for the job and that Kemp should appoint someone else. After that, Kelly reacted by claiming to be a “lifelong conservative” and elaborating on her political beliefs. She backed gun rights and US President Donald Trump’s tough immigration policies, including his desire for a wall along the entire US-Mexico border. She stated simply that she was “pro-Second Amendment.”

The United States was struck by the COVID-19 pandemic after some time. After attending a private briefing on the epidemic in late February, allegations surfaced that Kelly had engaged in insider trading when she sold millions of dollars in stocks. Because of the pandemic, the stock market in the United States collapsed in March. Similar claims were leveled Shortly thereafter, the United States was struck by the COVID-19 pandemic. On the other hand, Kelly denied any wrongdoing, and the Senate Ethics Committee dismissed the claims against her in June after an investigation. By the time, Kelly had announced her intention to run for the remaining two years of Johnny’s team in the November 2020 special election.

More than 20 other candidates subsequently entered the contest, making it one of the most keenly followed Senate races of the year. Kelly came in second place behind Democrat Raphael Warnock in the November 3 election. Because no candidate cleared the 50 percent threshold necessary in Georgia to win the election outright, Kelly and Warnock advanced to a runoff as the top two vote-getters. On January 5, 2021, Kelly lost to Warnock by a narrow margin in the runoff.

Talking about Kelly Loeffler’s awards and nominations, she hasn’t won them so far. Moreover, looking at Kelly’s success and fan following, we can presume that he will certainly earn some of them in the coming years.

The estimated net worth of Kelly Loeffler is around $500 million US dollars, making her the wealthiest U.S. Senator. Kelly garnered such an amount as a businesswoman and politician. Besides that, there is no more information regarding Kelly Loeffler’s income and salary.

Kelly Loeffler is a married woman. Jeffrey Sprecher the founder and CEO of Intercontinental Exchange and Chairman of the New York Stock Exchange vows with her in 2004. They live at Descante, a $10.5 million, 15,000 square-foot mansion in Tuxedo Park, Atlanta. They purchased the house in 2013.

At that time, the house was the most expensive residential real estate transaction. They also own four either houses and an apartment. Kelly and Jeffrey’s total net worth was $800 million in November 2020, according to Newsweek. The couple has three children, Rebecca, John, and Major Loeffler. 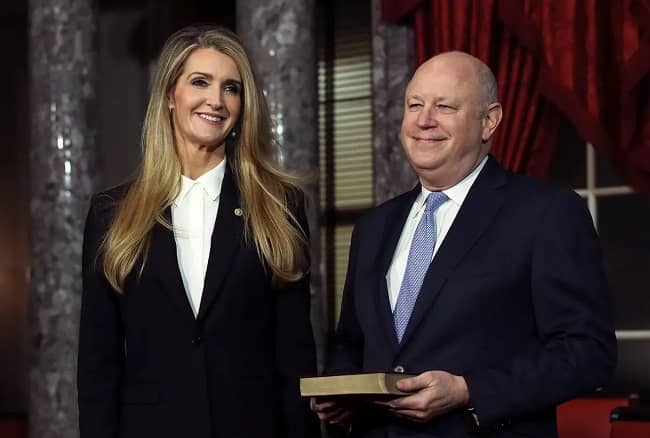 Kelly Loeffler stands at 5 feet 9 inches tall and weighs around 65 Kg. The politician has blonde hair and black eyes. Besides that, there is no more information regarding Kelly’s body measurement. 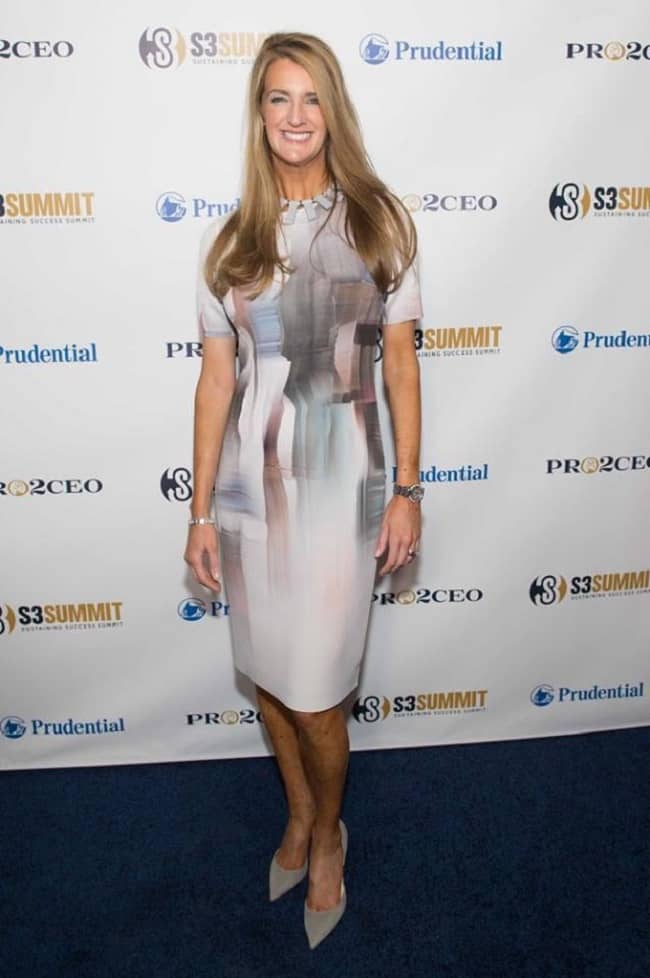