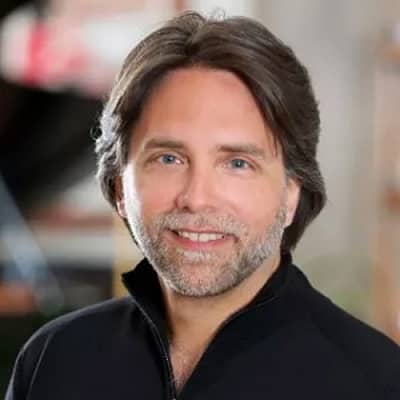 Keith Raniere was born on August 26, 1960, and he is currently 60 years old. His hometown is Brooklyn, New York, and his zodiac sign is Virgo. Talking about his family, Keith’s parents are father James Raniere and mother Vera Oschypko. His father lived from May 9, 1932, to April 10, 2020, and he was a New York City advertising executive. Likewise, Keith’s mother lived from January 19, 1931, to December 13, 1978, and was a ballroom dancing instructor.

At the age of around 5 years, Keith’s family relocated from Brooklyn to Suffern, New York. Then when he was around 8 years, his parents separated. Regarding his educational journey, Keith attended Suffern High School for his 9th grade. However, he transferred to Rockland Country Day School in Congers, New York, and graduated in June 1978.

As an adult, Keith confessed that he read Isaac Asimov’s mind control-themed work Second Foundation at the young age of 12 years. He also credits this work for inspiring his work in NXIVM. Later, in 1982, he graduated with a 2.26 GPA from Rensselaer Polytechnic Institute (RPI). As reported by the Times Union, Keith allegedly had a sexual relationship with Gina Melita. Gina was only 15 years old back then while Keith was 24 years old in 1984. The two met each other in a theater group. After their relationship ended, Gina introduced her friend Gina Hutchinson to Keith. Hutchinson was also 15 years old at the time.

Hutchinson’s sister found Keith climbing into Gina’s bedroom window and confronted them. However, he told Gina’s sister, Heidi, that Gina was a “Buddhist goddess meant to be with him.” Hutchinson dropped out of school to continue their relationship. The young girl later started participating in NXIVM/ESP after resuming her contact with Keith in August 2002.

However, on 11 October 2002, Hutchinson was found dead of a gunshot wound to her head. People found her on the grounds of the Karma Triyana Dharmachakra Buddhist monastery in Woodstock. It was apparently a suicide.

Keith Raniere is famous for being a felon, convicted sex trafficker, and the founder of NXIVM. The latter was a cult engaged in sex trafficking, forced labor, and racketeering while it claimed to be a multi-level marketing company.

Keith’s company developed a following primarily through its personal development seminars, recruiting several celebrities and socialites between 1998 and 2018. However, it faced multiple accusations of systemic sexual abuse of female members. The sex abusers were Keith himself and other members of his inner circle. This eventually led to their arrests in early 2018. Subsequently, Keith is characterized as a cult leader in media reports.

Then on 19 June 2019, Keith Raniere was convicted of federal crimes. Some of these crimes were sex trafficking of children, conspiracy, and conspiracy to commit forced labor. These were all related to a secret society within NXIVM. It was called DOS or The Vow. Later, on 27 October 2020, Keith was sentenced to 120 years in prison. He met Toni Natalie at a CBI pitch meeting. Toni subsequently became a top seller for the organization along with her then-husband. Toni moved to Clifton Park with her son to be near Raniere. After her marriage ended, Keith and Toni dated for the next 8 years, ending in 1999. In 1993, following investigations by 20 states, CBI shut down.

The next year, he created the “National Health Network”. It was a multi-level seller of vitamins but it failed in 1999. Then in the mid-90s, Toni and Keith operated a health-products store. Keith co-founded Executive Success Programs with Nancy Salzman. Nancy is a nurse and trained practitioner of hypnotism as well as neurolinguistic programming. They rebranded “Executive Success Programs” under the name “NXIVM.”

The business partners then successfully recruited members of the influential Bronfman family in 2002. Bronfman family were heirs to the multibillion-dollar Seagram’s fortune. Sara Bronfman, Clare Bronfman, and their father, Edgar Bronfman Sr., were involved.

On 5 June 2017, Frank Parlato reported that there was a secret sorority called DOS. He added that the women known as “slaves” were branded with Raniere’s initials using a hot cauterizing pen. Then on 18 October 2017, The New York Times published a story about this and also reported that the slaves were required to provide nude photos or other potentially damaging information about themselves when joining. Keith fled to Mexico after these articles circulated.  A few members of his inner circle joined Keith. The authorities issued a search warrant for his email account on 18 January 2018. Later, on 14 February 2018, an FBI agent filed a criminal complaint and an arrest warrant with the US District Court for the Eastern District of New York. Then in March 2018, the Mexican Federal Police authorities arrested the felon in a luxury villa outside Puerto Vallarta.

When the police arrived, they actually interfered with a planned group sex session as Lauren Salzman shared. The Mexican authorities transferred Keith’s custody to New York authorities after appearing in federal court in Fort Worth, Texas.

Then on 19 June 2019, the jury found him guilty on all charges. The jury made this decision after 5 hours of deliberation. The court charged him with sexual exploitation of a child and possession of child pornography; Sex trafficking; identity theft; trafficking for labor and services; forced labor; conspiracy to alter records for use in an official proceeding; and various conspiracies including racketeering and wire fraud.

Recently, on 27 October 2020, federal judge Nicholas Garaufis sentenced him to 120 years in prison. The judge also fined him $1.75 million. He then began serving his 120-year sentence at United States Penitentiary, Lewisburg, as of January 2021. It is a maximum-security penitentiary in Lewisburg, Pennsylvania.

On 22 January 2021, the authorities transferred the felon to another maximum-security prison, i.e. United States Penitentiary, Tucson It is located in Tucson, Arizona. The felon’s earliest possible release date is June 27, 2120. Keith will be 160 years old. This decision virtually assures that the felon will die in prison. Caption: Keith Raniere saw having a walk with Mariana and their son. Source: Oxygen

Keith Raniere’s partner from 1992 to 1999 was Toni Natalie. In 2011, Toni filed documents in federal court alleging that Keith had repeatedly raped her. Keith’s next partner was Barbara Bouchey with whom he was together from 2000 to 2009. Barbara was one of his dissenters. Likewise, Keith was in a relationship with Kristin Keeffe from 2007 to 2014. Keith fathered a child with Kristin in 2007 named Gaelyn. Keith also had another son – Kemar – with Mariana.

Keith Kaniere stands tall at an approximate height of 5 feet 7 inches. The felon has brown hair and blue eyes. Likewise, the felon doesn’t seem to have any personal or official accounts on any social media platforms. It might be that his accounts were suspended or deleted after Keith was sentenced to 120 years in prison.