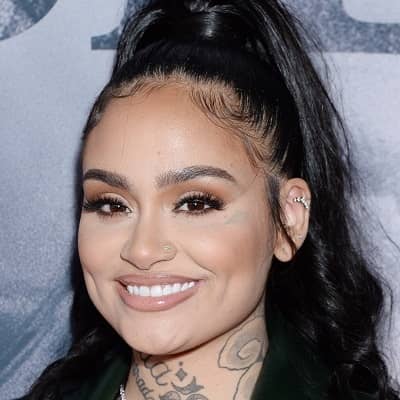 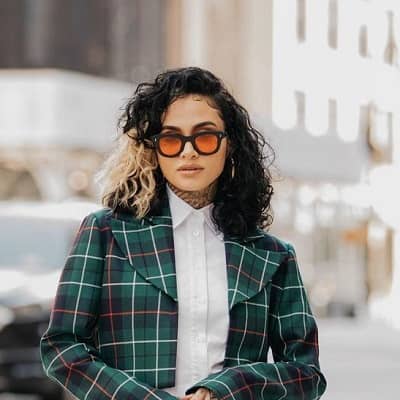 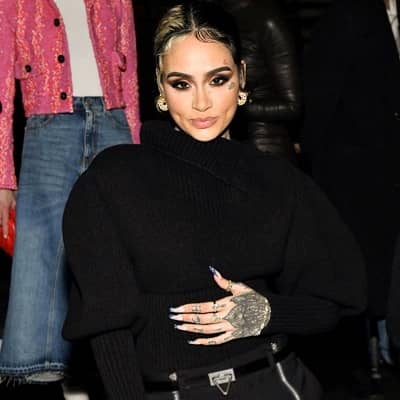 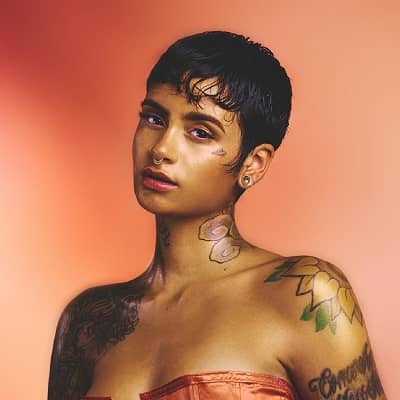 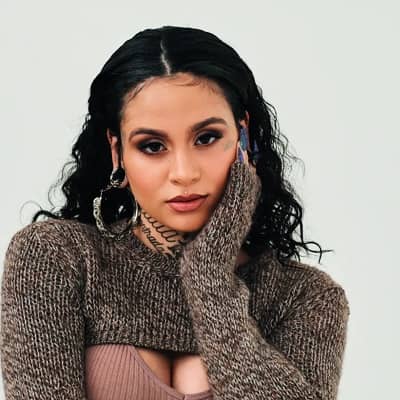 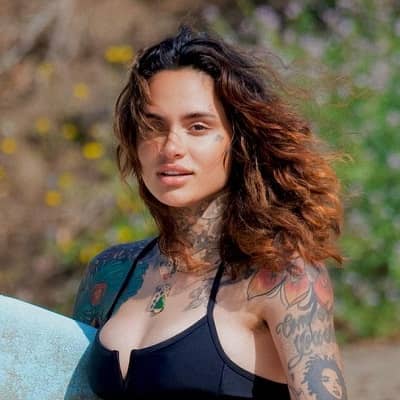 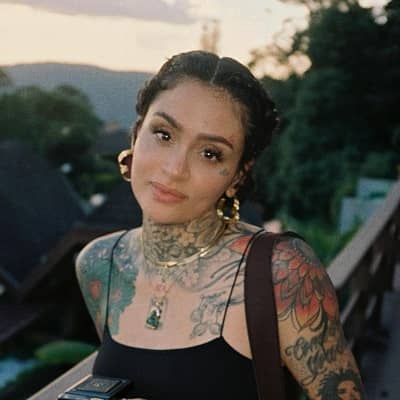 Kehlani is a talented American singer-songwriter and dancer. Kehlani initially gained fame as a member of the teen group ‘Poplyfe’ in the year 2011. This personality shared their preference for “they” over “she” during an interview with Byrdie Magazine in 2021.

Kehlani was born on 24 April 1995 and they are currently 27 years old. They hail from Oakland, California, and their zodiac sign is Taurus. Likewise, their full name is Kehlani Ashley Parrish. During their teenage years, this personality attended the Oakland School for the Arts. There, they practiced dance – particularly ballet and modern dance.

Talking about their family, this personality describes themselves as a mix of Black and White. This singer was adopted and raised by their aunt. This happened when their mother served time in jail. Both their parents were drug addicts. On the other hand, their father passed away when they were a toddler. Further, rapper Clyde Carson is their cousin.

During their early life, this personality aspired to train as a dancer at the Juilliard School. However, they shifted attention toward singing due to a knee injury in junior high. While living with their aunt, this singer was exposed almost exclusively to R&B and neo-soul artists. Some of such artists are Erykah Badu, Lauryn Hill, and Jill Scott. At the young age of 14 years, this singer was recruited to join a local pop cover band –  Poplyfe. 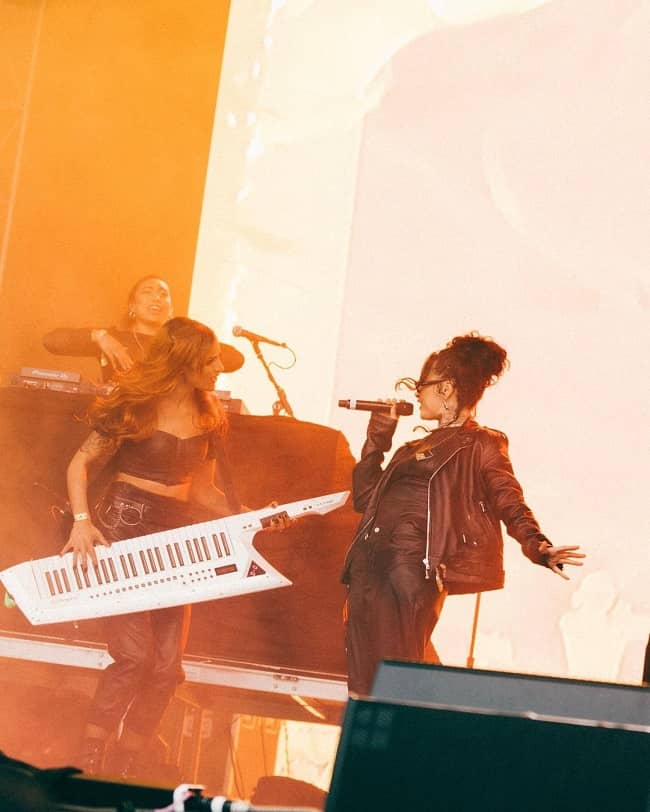 Professionally, Kehlani is a popular singer-songwriter and dancer. This personality initially gained fame as a member of the teen group Poplyfe in the year 2011. In the year 2014, this singer then released their 1st commercial mixtape titled Cloud 19. The Complex listed this mixtape as one of its “50 Best Albums of 2014.”

This singer’s 2nd commercial mixtape is titled You Should Be Here and it was released in 2015. This mixtape debuted at #5 on the R&B/Hip-Hop chart. The very next year, this singer-songwriter was nominated for the Grammy Award for “Best Urban Contemporary Album” for their album You Should Be Here. 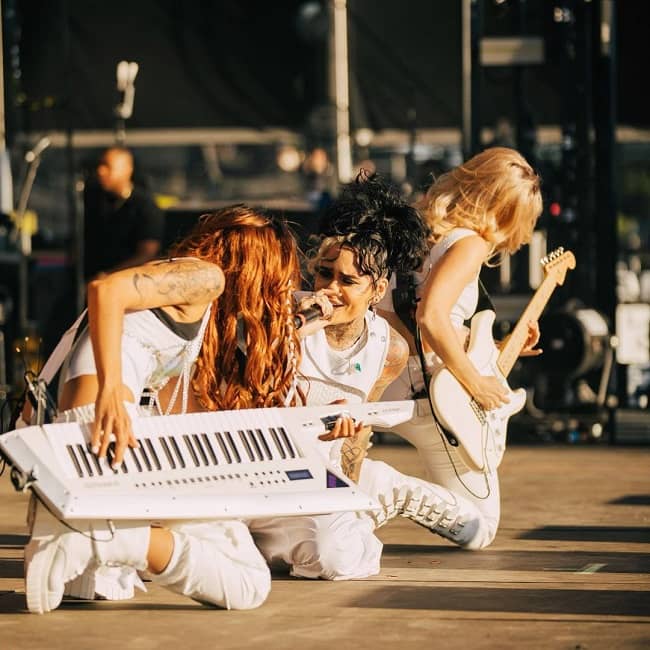 Despite their separation, she along with YG released a collaborative single for Valentine’s Day called Konclusions released on 14 February 2020. Previously, on 12 October 2018, this singer announced their 1st pregnancy through Instagram. The father of their child was Javaughn Young-White – a guitarist for Kehlani. Their daughter’s name is Adeya Nomi Parrish Young-White and she recently turned 3 years old in March 2022.

This singer opened up in December 2018 about prenatal depression. Also, this singer has spoken about their experiences being a survivor of sexual assault and rape. 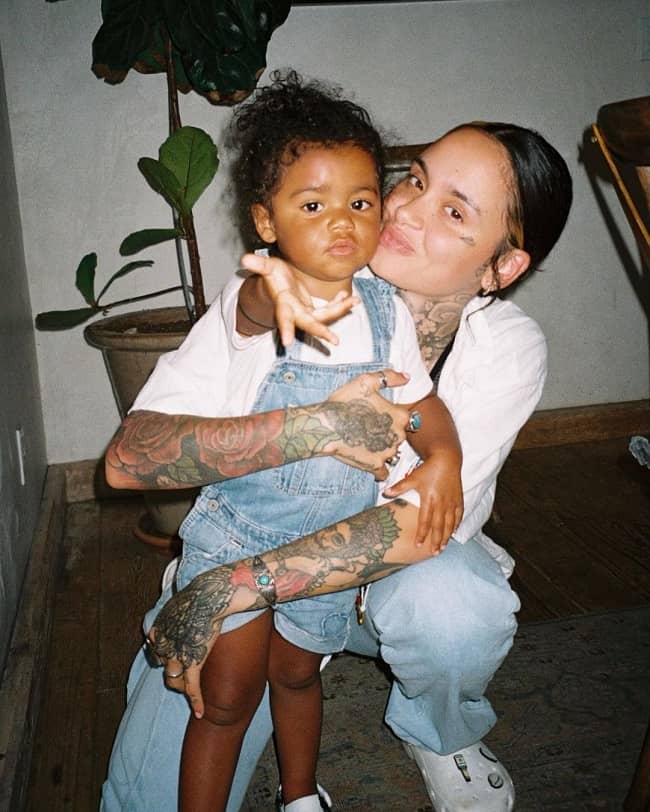 Caption: Kehlani posing for a photo with their daughter. Source: Instagram

Kehlani identifies as a lesbian. The singer shared this information after she had previously identified publicly as queer and pansexual. This singer is polyamorous. In April 2018, this singer clarified on Twitter that their sexuality is queer – not bi, not straight. They also mentioned that they are attracted to women, men, queer men, non-binary people, intersex people, as well as transgender people.

Moreover, this singer has stated that it is important for them to include female pronouns in their music. Then during a live stream in early 2021, this singer announced that they identify as a lesbian.

Kehlani stands tall at an approximate height of 5 feet 4 inches or 163 cm and their weight is around 53 kg or 117 lbs. Similarly, the singer’s chest-waist-hip measures are 34-26-35 inches respectively. Moreover, this singer-songwriter has dark brown hair and eyes of the same color.

Talking about the singer’s numerous tattoos, Kehlani got their 1st tattoo at the young age of 16 years. Some of the s singer’s tattoos include Coraline, Regina “Reggie” Rocket, Mia Wallace and Vincent Vega dancing, Lauryn Hill, Frida Kahlo, a sleeve of roses, a sunflower, and face tattoos of a paper plane along with four dots. 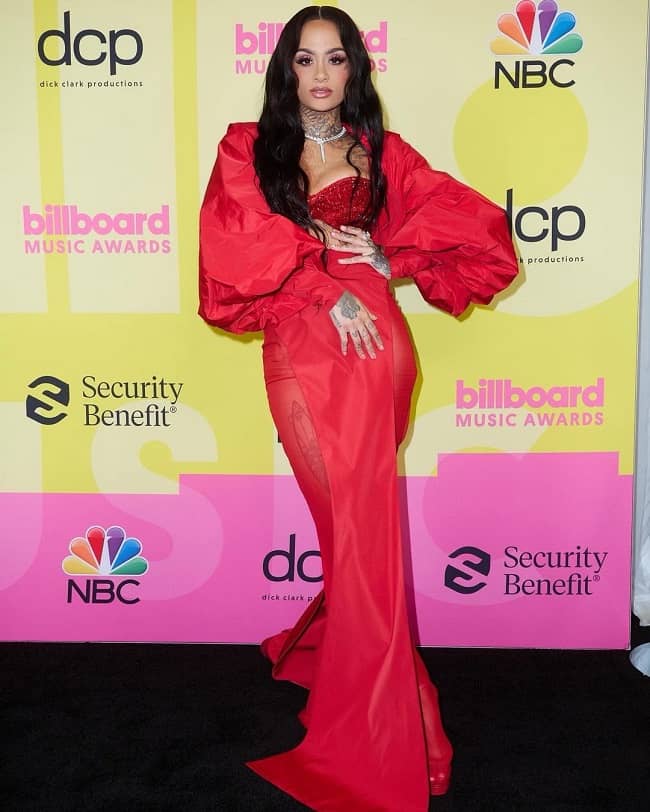 Caption: Kehlani posing for a photo at the Billboard Music Awards recently in the year 2021. Source: Instagram

Further, they have over 3.4 million followers and 39.7 million likes on their @kehlani Tiktok account. Moving on, the singer bought a small farm in Simi Valley, California, in the summer of 2020. The singer presently resides there with their daughter. Further, the singer-songwriter’s net worth is around $6 million US dollars.