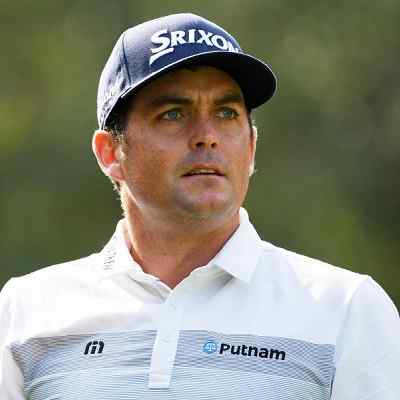 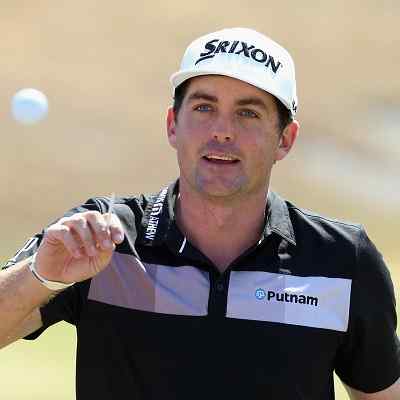 Keegan Bradley is an American Golfer. Keegan Bradley is a PGA golfer who is popular as the 2011 Rookie of the Year Award and 2011 PGA Championship. He played on the U.S. national team in the 2012 Ryder Cup tournament. He is a professional golfer and is one of six golfers to win in his major debut.

Keegan Bradley was born in Woodstock, Vermont, USA, on June 7, 1986. He is 35 years old and is under the astrological sign, Gemini. He holds American nationality. His full name is Keegan Hansen Bradley.

His father’s name is Mark Bradley and his mother’s name is Kaye Bradley. He also has a sister and her name is Madison Bradley. Keegan is the eldest of the Bradley children. His father used to be the head professional at the Jackson Hole Golf and Tennis Club just outside Jackson, Wyoming. Any other information regarding Keegan’s parents and any other family members is not available at the moment. And, it also seems as if Bradley likes to keep his personal and family life private and away from the limelight and the public attention.

Keegan Bradley was very fond of skiing as well as golfing from a very young age. But ultimately he chose golf over skiing. He lived in Portsmouth, New Hampshire in the years 2001 and 2002 when his father was an assistant pro at Portsmouth Country Club. Then he moved to Hopkinton, Massachusetts.

Regarding Keegan’s educational background and qualification, he attended Hopkinton High School. He then enrolled in St. John’s University for his college and graduated in the year 2008. Prior to his senior year at Hopkinton High School, Keegan Bradley won the Massachusetts Interscholastic Athletic Association (MIAA) Division 2 individual state championship in the year 2004. Moreover, he was able to win nine collegiate events in his college.

Likewise, later Hopkinton coach Dick Bliss recalled that Bradley was the one who received the third-most attention of his players that season, and that “not many big-time college recruiters gave him much of a look”. 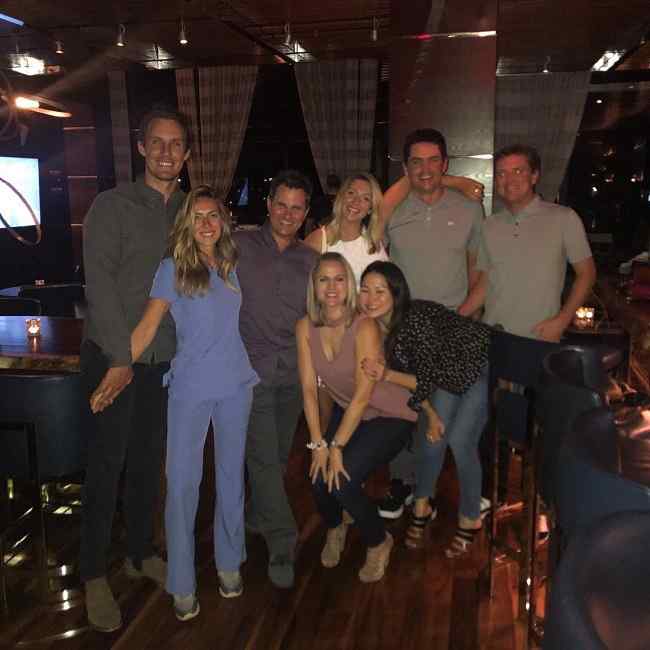 Caption: Keegan Bradley along with his friends (Source: Instagram)

Keegan Bradley turned professional in the year 2008. He started playing on the NGA Hooters Tour, where he won at Southern Dunes in his fifth and final start of the year. He was able to win a second Hooters Tour event in the year 2009 at the Texas Honing Open. Keegan made 22 cuts in 26 events that season and was able to earn $84K. Likewise, he even played two Nationwide Tour events that year, making the cut in both of them. He did attempt to earn a 2010 PGA Tour card through qualifying school but fell short by two strokes.

Moreover, in the year 2010, Keegan Bradley played on the Nationwide Tour. He recorded four consecutive top-five finishes late in the season to finish 14th on the money list and earn his PGA Tour card for the year 2011. He was able to make the cut in his first PGA Tour event, the 2011 Sony Open in Hawaii. And, was able to finish T-7 the following week at the Bob Hope Classic. He did add a second top 10 finish at the Valero Texas Open in April. Keegan Bradley was able to win his first PGA Tour event at the 2011 HP Byron Nelson Championship.

Likewise, he defeated Ryan Palmer on the first hole of a sudden-death playoff. This victory gained him entry into the 2011 WGC-Bridgestone Invitational. There, he was able to share the 36-hole lead and led midway through the final round before finishing T-15. And, the week after the WGC-Bridgestone Invitational, Keegan was able to play in his first major, the 2011 PGA Championship. Likewise, he was able to win the three-hole playoff with a birdie and two pars.

Moreover, Keegan Bradley became only the third player after Francis Ouimet and Ben Curtis to win a major in his first attempt. And also was the first-ever golfer to win a major with a long putter. He also was able to become the seventh consecutive first-time major winner and the first American major champion since Phil Mickelson won the 2010 Masters. With this victory and achievement, he moved from number 108 to number 29 in the Official World Golf Ranking. And, in December, he was named the PGA Tour Rookie of the Year.

Keegan Bradley and Phil Mickelson each made long birdie putts on the 72nd hole to force a three-man playoff with Bill Haas, who made a 45-foot birdie putt on the second playoff hole to win the tournament at the 2012 Northern Trust Open. During the final round of this event, Keegan spitted numerous times on the course in between hitting his shots. Later on, he did apologize and cited his nervous reflex as the cause of the excessive spitting. Likewise, he began the season with nine consecutive top-25 finishes, then had just one in his next ten outings.

Moreover, Keegan Bradley won his third PGA Tour event at the 2012 WGC-Bridgestone Invitational by a stroke over Jim Furyk and Steve Stricker. He entered the final round trailing Jim Furyk by four strokes and narrowed the deficit to one going to the final hole. He was able to become the 11th player to win a major championship and a World Golf Championship. This win elevated Keegan Bradley to 15th in the world rankings. Likewise, he moved up to a career-high of 12th the next week, when he finished T3 at the 2012 PGA Championship. And, for the season, he finished 10th on the PGA Tour’s money list. Keegan Bradley qualified for the 2012 Ryder Cup, marking his first appearance in any cup competition.

Bradley had two second-place finishes in the year 2013. And, for the season he had seven top-tens and finished 11th on the PGA Tour’s money list. Likewise, he was a member of the winning United States team at the Presidents Cup played at Muirfield Village in Ohio following the season. 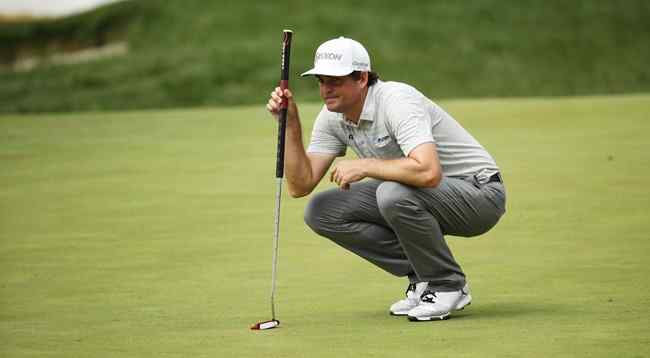 Keegan Bradley’s highest finish in the year 2014 was second place at the Arnold Palmer Invitational at Bay Hill. And, for the season he had six top-tens and finished 28th on the PGA Tour’s money list. He was a captain’s pick for the Ryder Cup played in Scotland following the season.

In the year 2015. he had his worst season since joining the PGA Tour. He played 24 events and only had three top-tens and finished 64th on the PGA Tour’s money list. And, for the first time in four years of his career, he did not represent the United States in a year-end international competition. Likewise, from the year 2016 to 2017, these were two down years for him. He was not able to win a tournament and finished 114 and 51 on the PGA Tour money list.

Keegan Bradley tied the knot with his long-term girlfriend, Jillian Stacey. The duo married at the Henry Morrison Flagler Museum in Palm Beach, Florida, USA, in December 2016. Keegan has shared pictures of his wife on his social accounts. The couple also has a son and his name is Logan James Bradley. Jillian gave birth to Logan in mid-2017. Likewise, Keegan also shared pictures of his son on his social accounts.

Keegan Bradley’s aunt is former LPGA player and World Golf Hall of Fame member Pat Bradley. And, when he was a child, he attended some of her tournaments and he has called her an inspiration. Bradley is also a fan of Boston Red Sox baseball, Boston Celtics basketball, New England Patriots football, and Boston Bruins hockey. He has said his dream golf foursome includes his father, Ben Hogan, and Tom Brady.

Moreover, Keegan considers frequent practice-round partner Phil Mickelson a mentor. He gives credits to Mickelson for helping him win the 2011 PGA Championship. He is also close friends with Jason Dufner and was one of the first to personally congratulate him after his victory in the 2013 PGA Championship. 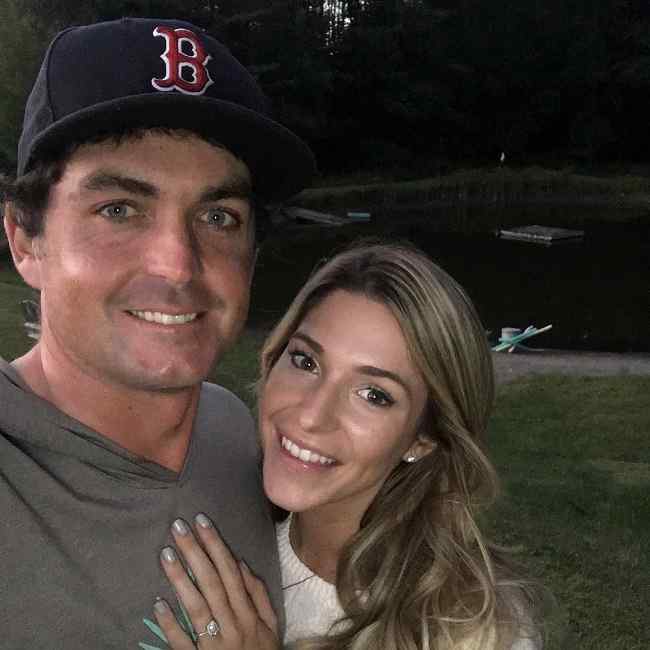 Keegan Bradley has a height of 6 feet 3 inches and his weight is 86 Kg. Talking about Bradley’s other body measurements such as his chest size, waist size, bicep size, and hip size, their sizes are not available until now. Moreover, Keegan has brown hair and grey eyes.

According to playerswiki, Keegan Bradley has a net worth of $11 million and his main income source is his career in golf. He enjoys a very good income and he even has endorsement deals with several brands through which he makes huge earnings. Keegan Bradley is active in charity works as well. He has organized various charity events like the Keegan Bradley Charity Golf Classic and many other tournaments. In the support of organizations such as Vermont Cancer Center and the Vermont Children’s Hospital at Fletcher Allen and Vermont Disaster Relief Fund.