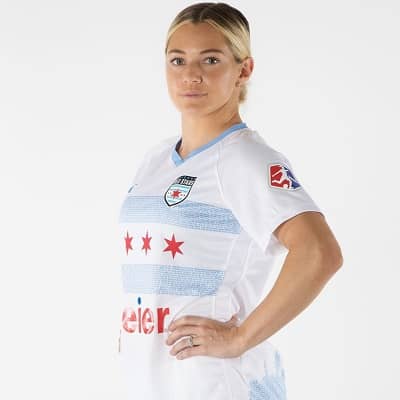 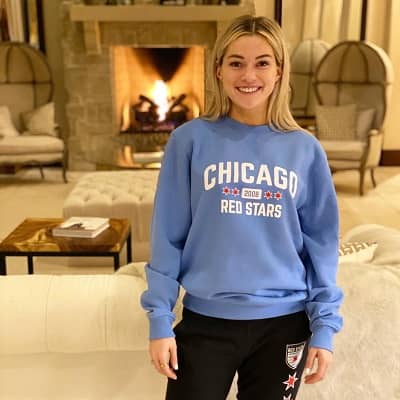 Kealia Ohai is a famous soccer player from America. Kealia Ohai is captain of the Houston Dash. And, she is also a member of the United States women’s national scorer team.

Kealia Mae Ohai was born on January 31, 1992, in Draper, Utah, USA. As of now, Kealia is 29 years old and the sun sign is Aquarius. According to the nationality, Ohai is an American and belongs to the White ethnicity. She was born to her father Ben Ohai and her mother Cindy Ohai. Kealia was raised in Draper, Utah along with her sister. Thus, she has a sister named Megan Ohai.

Moreover, her father names her after Kealia Beach on the island of Kauai. She attended Alta High School and graduated in 2010. Thus, she was a varsity soccer player at the school. She was the 2010 NSCAA National High School Player of the year. In addition, she was a 2 time Gatorade state player of the year. Later, she attended the University of North Carolina. Further, she was honored with Parade All-American, in June 2010. 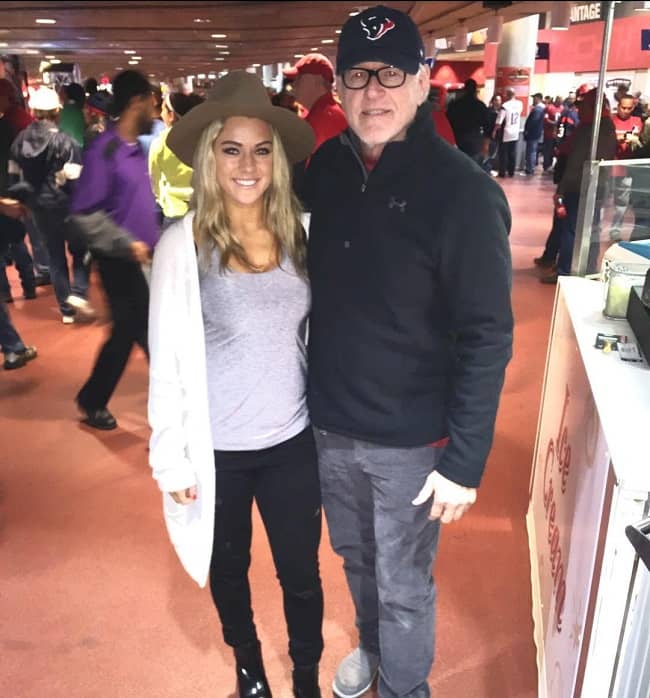 Kealia Ohai has been playing score from her school level. She has participated in the state soccer championship with the team. And, from 2006-2009, the team has won the championship. She has also won many titles and has been honored. Ohai was 3 times 5A soccer Most Valuable Player. In her college life to she has played and won different games. She played North Carolina Tar Heels from 2010-2013.

Thus, Ohai was one of the top goal scorers. she also received the First Team All-Atlantic Coast Conference (ACC). In the 2014 NWSL College Draft, she was selected as the second overall pick by the Houston Dash. During the time Randy Waldrum said.”I couldn’t have asked for things to fall into place so well. It is an amazing day for the Houston Dash. Starting with the selection of Ohai, we got one of the nation’s best forwards. She has a great pace, is extremely athletic. And, can stretch defenses with her speed.”

Due to her skills, Ohai became the club’s captain midway in the 2016 season. Likewise, she won the title NWSL Player of the Week. Later, she finished the season tied with Lynn Williams for the golden boot. Thus, Lynn received the award as she had more assists. Later, Ohai was the 2016 NWSL Best XI of the season. In season 2017, she scored 2 goals in 10 games before an injury. Later, on June 24 in a game with Orlando, she tore her ACL.

She took the rest and retired on April 22, 2018, against Orlando. Similarly, she was traded to the Chicago Red Stars by The Houston Dash. On February 29, 2020, she served as the Grand Marshal for the Downtown Rodeo Parade. Later, she was thanked by the CEO of Houston for leadership.

Since the age of 13, Kealia Ohai was a member of the US Youth national programs. She has played the Under-15, 17, 18, 20, and lastly, under-23 teams. Likewise, Ohai was a member of the 2012 US U-20 Women’s National Team. She became the term for the 2012 Fifa U-20 Women’s World Cup. Thus, Ohai scored the game-winning goal. With the team United States Women’s National Soccer Team, she made her international debut.

On October 23, 2016, she played a friendly match against Switzerland. Therefore, Kealia Ohai played very well during the match. Later, Ohai set a record for the fastest goal in a US women’s national team debut. Ohai landed as the US national team for the World cup and Olympics, in 2016. Unfortunately, Kealia Ohai couldn’t make it. 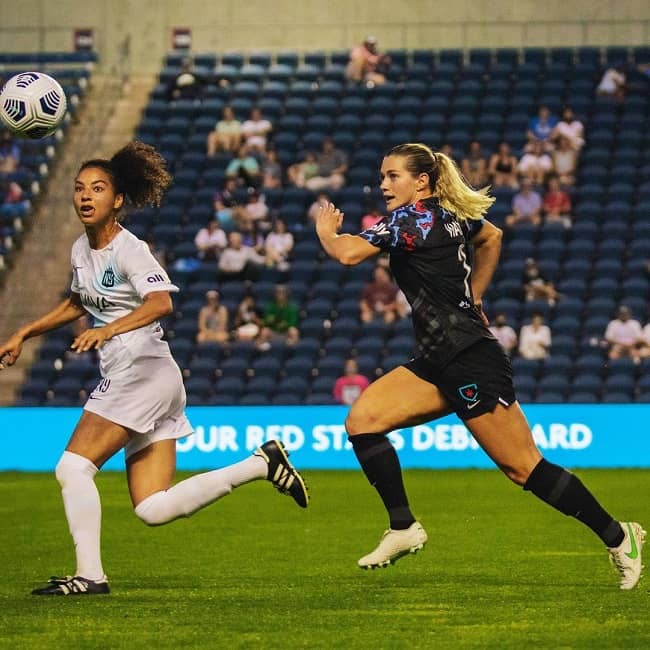 Kealia Ohai has been playing soccer since her school life. Thus, Ohai had played and been honored by different awards to date. Undoubtedly, Ohai has been earning a hefty amount of money. The estimated net worth of Kealia Ohai is $1 million US dollars. Likewise, Ohai charged a salary of $126k. Therefore, Ohai is living a lavish and luxurious life.

On May 26, 2019, she got engaged to J.J. Watt, a professional soccer player. The duo dated for a long time. In mid-2016, they started dating each other but kept it private. Ohai confirmed the relationship during an appearance on the 2 Up Front podcast, in October 2018. The duo met each other through Ohai’s sister Megan. In 2020, the duo finally tied the wedding knot. 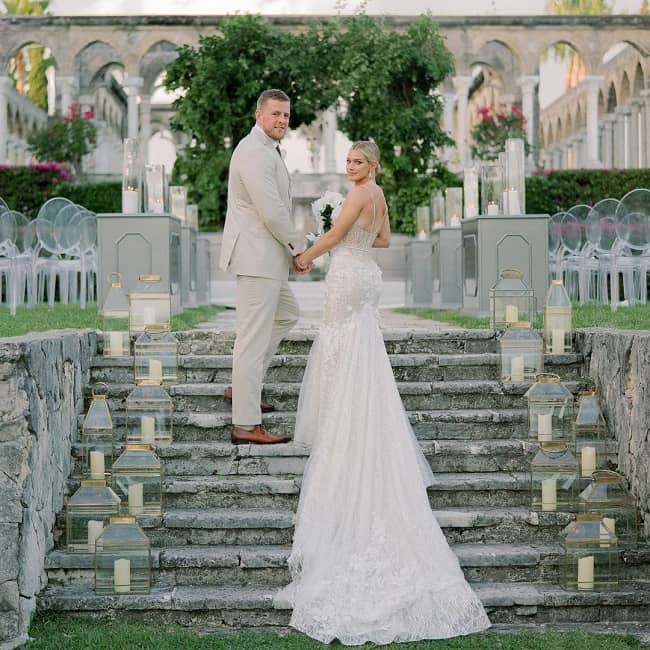 There was a rumor that Kealia will miss the remainder due to an ACL tear. Later, the rumor turned to be the truth. Additionally, she has not been part of controversies. Kealia has been managing her personal as well as professional life. Ohai has stayed away from the rumors and controversies ad much as possible.

Kealia Ohai is very beautiful and pretty. Kealia stands 5 feet 5 inches tall (156 cm/ 1.65 m). And, Kealia Ohai weighs around 60 kg. Ohai has beautiful hazel-colored paid of eyes and blonde hair. Moreover, the other information about Ohai’s body structure is not revealed yet.