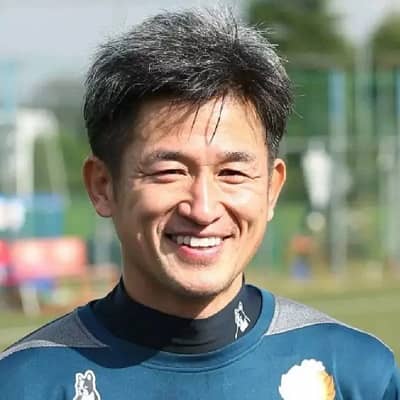 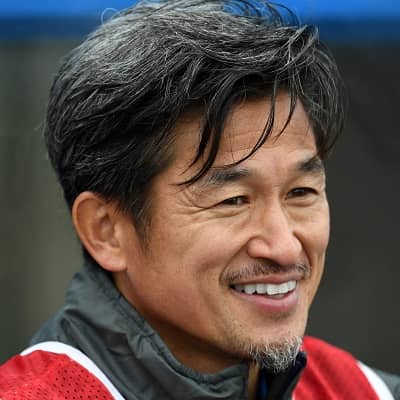 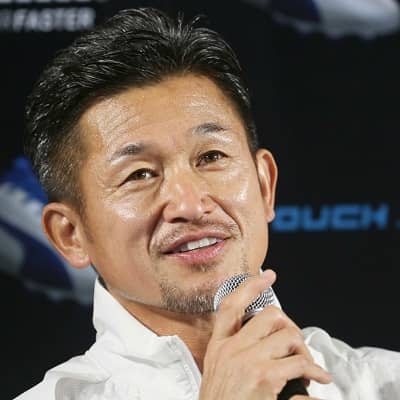 Kazuyoshi Miura is a talented Japanese football player. Kazuyoshi Miura plays as a forward for the club Suzuka Point Getters. Further, this footballer is on loan from Yokohama FC.

Kazuyoshi Miura was born on 26 February 1967 and he is currently 55 years old. He is originally from Shizuoka, Japan, and his zodiac sign is Pisces. Likewise, his name is written in Japanese as 三浦 知良. To clear any confusion, Miura is actually the footballer’s last name and Kazuyoshi is his first name.

Talking about his educational journey, this personality left the Shizuoka Gakuen High School after less than a year in 1982. Following this, Miura traveled alone to Brazil at the age of 15 years. There, he became a professional footballer. Talking about his family, he has an elder brother named Yasutoshi who is also a former professional footballer. Similarly, his mother’s name is Yoshiko Miura and his father is Naya Nobuo.

Caption: Kazuyoshi Miura interacts with his brother and coach – Yasutoshi Miura – after the JFL match between Suzuka Point Getters and ReinMeer Aomori on 13 March 2022. Source: Getty

Talking about his beginning, Miura signed with the youth squad of São Paulo side Juventus at the young age of 15. Then in 1986, this player signed his 1st professional contract with Santos. Throughout his career, Miura has played for several other Brazilian clubs like Palmeiras and Coritiba among others until his return to Japan in 1990. 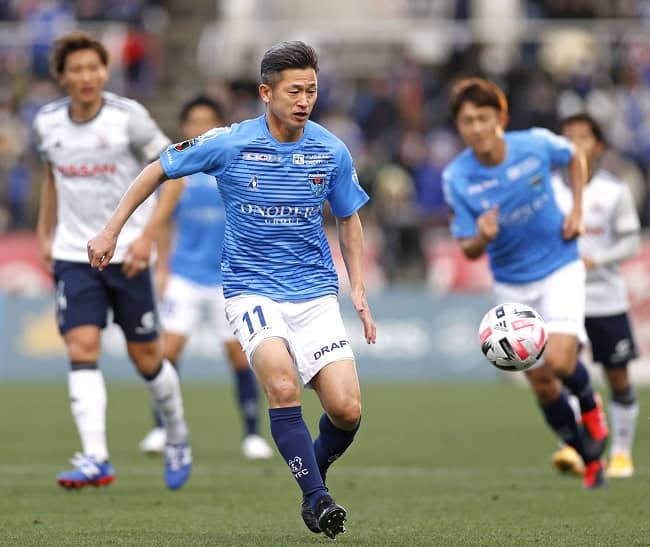 Caption: Kazuyoshi Miura during one of his games. Source: The Japan Times

From 1990 to 2000, this footballer played for the Japan national team. Likewise, he was also the 1st Japanese recipient of the IFFHS Asia’s Footballer of the Year award. This footballer’s rise to fame in Japan coincided with the launch of the J.League in 1993. As such, Miura was arguably Japan’s 1st superstar in football. Moreover, people also recognize him for his trademark “Kazu Feint” and his famous “Kazu dance”. He does these Miura scores great goals or produces great plays.

This player holds the record for being the oldest goalscorer in the J-League. Miura is also the footballer with the world’s longest professional career. Likewise, as of 2022, Miura is also the oldest professional footballer in the world at the age of 55 years. Furthermore, Miura holds the possibly unique distinction of having played professional football in five separate decades from the 1980s to the 2020s. Moving on, Miura has a net worth of around $1 million to $5 million US dollars.

Kazuyoshi Miura tied the knot with Risako Shitara in the year 1993. His wife is a former actress and model. Miura and Shitara have two children namely Ryota Miura and Miura Kota. The couple welcomed Ryota on 5 September 1997 and Kota on 28 May 2002. 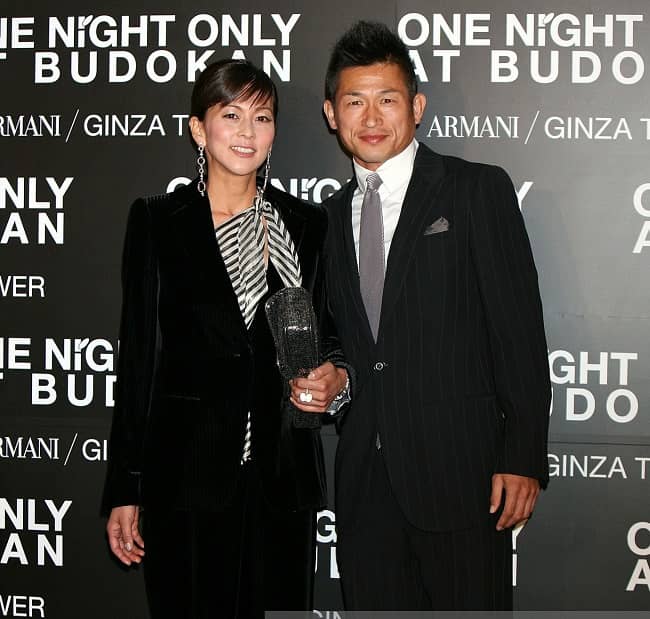 Caption: Kazuyoshi Miura posing for a photo with his wife. Source: Getty

Kazuyoshi Miura stands tall at an approximate height of 1.77 meters or 5 feet 10 inches and his weight is around 72 kg. Likewise, Miura has dark brown eyes and hair of the same color that has turned grey with aging. Moving on, this footballer doesn’t seem to have official profiles on any social media platforms like Twitter, Facebook, Instagram, Youtube, etc.