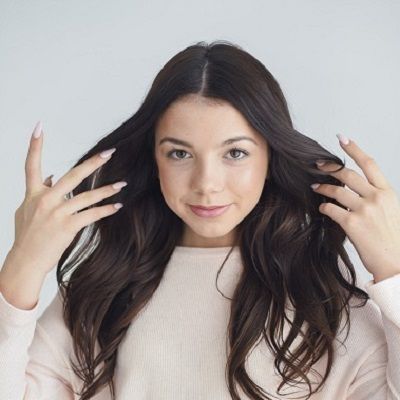 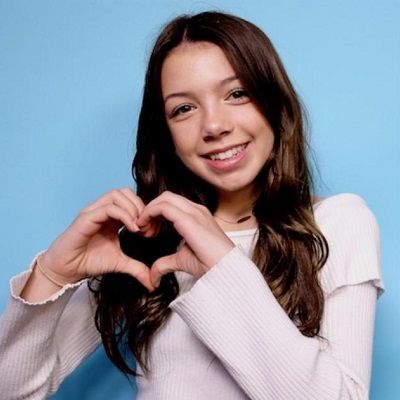 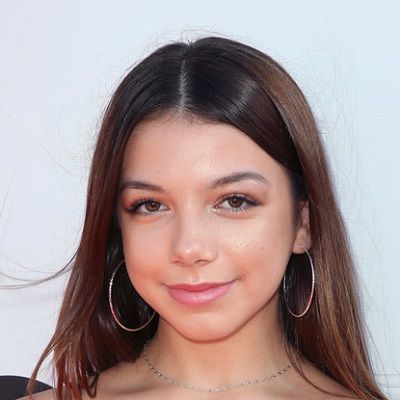 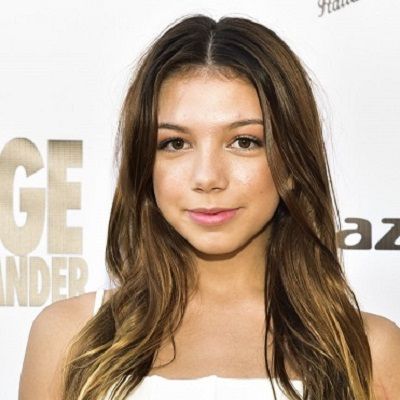 Kaylee Quinn is an American dancer, actress, as well as model. Kaylee Quinn is best known for appearing on “Dance Moms” alongside her siblings and mother. Likewise, her sister Coco Quinn is a popular social media star, dancer, and singer.

Kaylee Quinn was born on July 18, 2004, and she is currently 17 years old. She is originally from Los Angeles, California, and her full name is Kaylee Alyssa Quinn. Talking about her family, she has three siblings namely Rihanna Quinn, Coco Quinn, and Tyler. Rihanna and Coco are also dancers. Likewise, her mother’s name is Jeannie and she is very supportive of her dance career and manages the same. She has a pet dog named Winnie Quinn and follows a Vegan diet.

She has not shared much information about her educational journey. But considering her age, we can assume that she might be a high school student unless she decided to take a break from her studies and rather focus on her professional career. There is information that she studies ballet at the Dmitri Kulev Classical Ballet Academy. 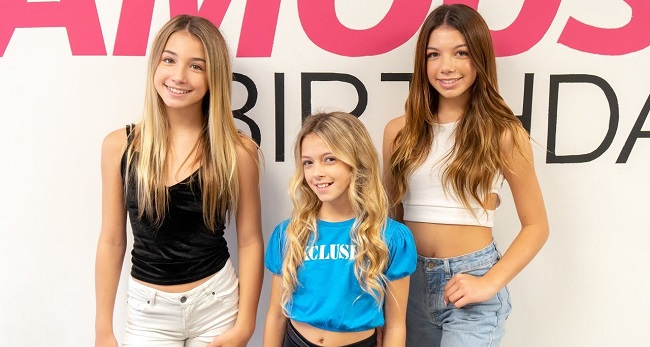 Caption: Kaylee Quinn posing for a photo with her sisters. Source: Youtube

Professionally, Kaylee Quinn is a dancer, actress, and model. She is popular for her former association with a popular dance studio “Dance Precisions” and her favorite type of dance is Lyrical. She was only 2 years old when she started dancing.

Likewise, she also competes in Lyrical and Jazz competitions and is also a skilled gymnast. She has mastered jazz, ballet, and contemporary dance styles and has appeared in several national/international dance competitions to prove her skills. Besides this, she also models for the clothing line Pearl Yukiko.

Moreover, she began playing Young Kirsten on the series Stitchers in 2015 and she was also an extra in the 2014 film Annie. She also guest-starred on Dance Moms in the year 2016. She is good friends with fellow dancer Bostyn Brown. Likewise, MSA Agency represents her.

Moreover, her sisters Rihanna and Coco and her mother Jeannie accompanied her in Dance Moms. Her style of dancing is lyrical where she has created a masterful fusion of techniques from ballet, gymnastics, jazz, and contemporary genres. Some of her best solos are ‘Diamonds Are a Girl’s Best Friend’ (a musical theatre), and Lyrical solo performances like ‘Fireworks’, ‘The Raven’, and ‘Hallelujah.’

What makes the performances special is not just clinical precision with her dance moves, but powerful way of body and facial expressions. Her performances are highly rhapsodic yet intricately technical. She was only nine years old at the time of her performing ‘Hallelujah’, an Acapella version by Imogen Heap. At that time, she was like poetry in motion, that in the ordinary world would seem beyond her age. 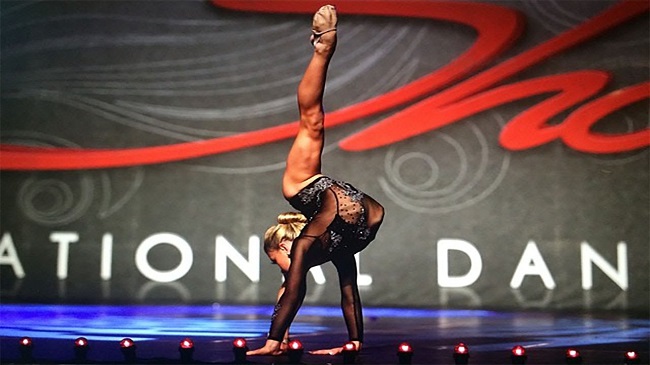 She appeared in an episode of ‘Dance Moms’ and created controversy due to her bad attitude. She was asked to lead a group and she apparently thought performing in a monster dance with a bunch of kids was beneath her caliber. However, she was seen complaining about the song, roll her eyes when asked to correct her steps, and present a really sour attitude overall.

The moms in the series termed her a ‘brat.’ People exploded all over the internet criticizing her. She clarified that she was approached by the show to perform in the elite group. But she was surprised by the last-minute change.

Additionally, she formerly competed for Dance Precisions but now trains and competes at Just Plain Dancin’. She has achieved many titles during her dance career. Some of them are Miss Junior Dance KAR 2014, 1st runner up Mini Female Best Dancer at The Dance Awards 2015, 2nd place at the Dance Awards in the Mini Female Best dancer Category, and the “Hope Award” at Youth America Grand Prix 2016. Youth America Grand Prix is the world’s largest international student dance competition for a scholarship.

Kaylee Quinn is most probably single at present. She has not shared much information regarding this issue. Likewise, she has also not shared any social media posts that might indicate her current relationships or affairs.

Moreover, she has maintained a clean public profile that is away from rumors, scandals, and controversies that might hamper her professional career and personal life. Nevertheless, she is sure to attract many lovers in the future through her beauty, talent, humor, and charms

She stands tall at a height of 5 feet 5 inches. Other than that, there is no information regarding her weight, chest-waist-hip measures, dress size, shoe size, etc. Likewise, she has brown eyes and hair of the same color. 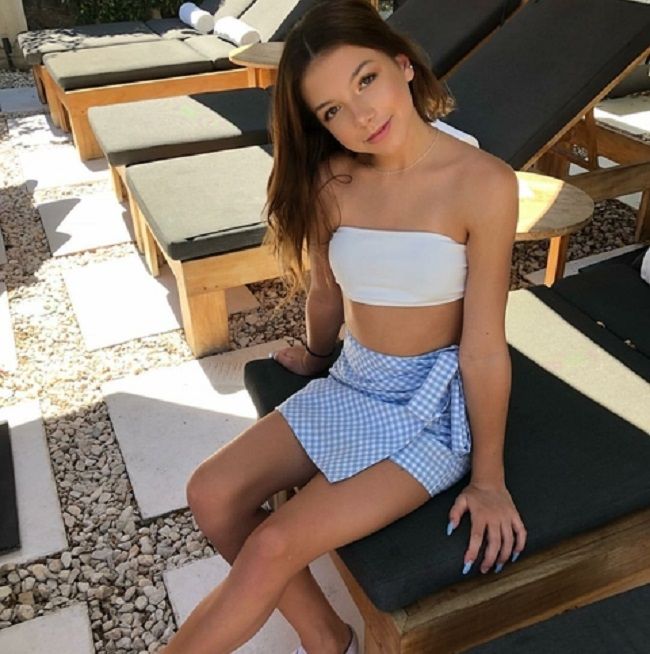 Talking about her social media presence, Kaylee Quinn joined Twitter in July 2013. Her @kayleequinn5 account has 3,187 followers. But her @kayleequinn3 Instagram account is not available at present. She then created a self-titled Youtube channel on July 24, 2018. Since then, this channel has earned 41,713 views and 9.07K subscribers.

There is only one video available on this channel at the time of writing this biography. The video’s titled is My Everyday Makeup Routine 2018 | Tarte Palette | Too faced | Kaylee Quinn uploaded on August 5, 2018. Moreover, we can send fanmail to her at PO Box Quinn Family, C/0Jeannie Quinn, PO Box 52422, Irvine, CA 92619-2422. Likewise, we can also contact her at [email protected], [email protected], t[email protected], or [email protected] for more inquiries.

Moving on, she has a net worth estimation of approximately $1 million to $5 million dollars. She might earn through her dance, acting, and modeling projects among other income-generating activities.