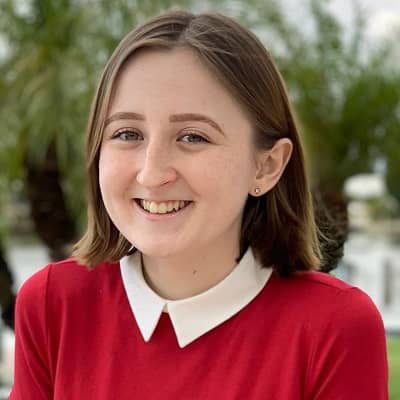 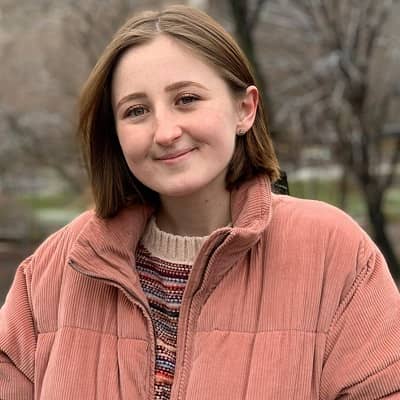 Kayla Sims is an American YouTube content creator and avid gamer better known as @lilsimsie, who specializes in The Sims videos. Kayla Sims has gained more than 914k subscribers with her Let’s Plays, speed builds, home renovation, and other Sims-related videos.

Kayla Sims is 22 years old. She was born on August 14, 1999, in Chicago, Illinois, under the astrological sign of Leo. Similarly, she and her family moved to Orlando, Florida at the age of six. She grew up along with her younger siblings, Shanna and Brett. As a kid, she used to play soccer for a local soccer team. 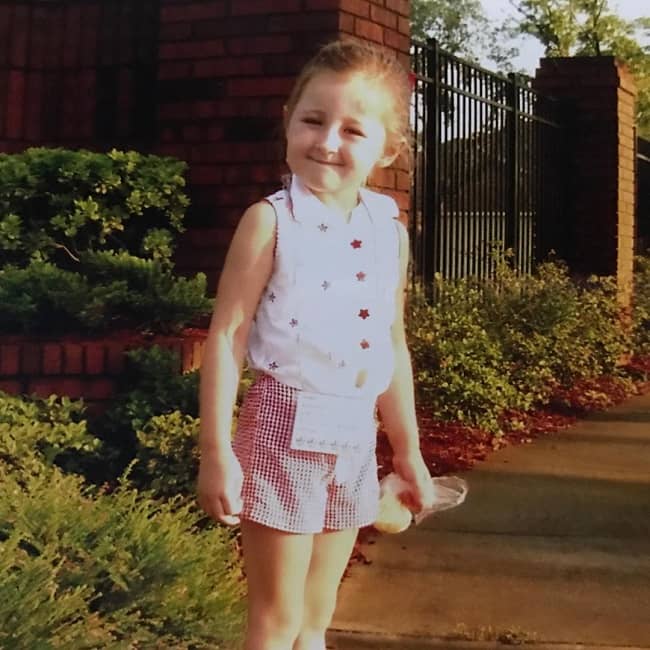 However, she did not have a lot of friends during her middle school days. Sadly, her father suffered from multiple myeloma, which is also called as Kahler’s disease, during her growing up years. Looking at her family situation, she had to stay with her grandparents for a few years. While living with her grandparents, she felt she should be responsible as the oldest kid in the house. Thus, she started playing ‘The Sims.’

After joining high school, she even became part of the cheerleading team, but couldn’t stay there for a long period of time. Around this time, she launched her YouTube channel and began uploading content related to ‘The Sims.’ After her high school graduation, she joined the ‘University of Central Florida’ in 2017. During her freshman year, she lived in a dorm along with her roommates. Though she had earlier selected digital media as her major, later she changed it to history.

Moreover, her family has three dogs named Mako, Bimini, and Captain, and also three cats named Lemon, Pogie, and Snapper. Also, they have bunnies, turtles, and birds. She holds an American nationality.

Professionally, Kayla Sims is an American internet star famous for her YouTube channel, @lilsimsie which has more than 914k subscribers. After launching her YouTube channel on December 7, 2015, she started building her subscriber base by uploading videos concerning the popular life simulation game series ‘The Sims.’ Within a few years from her channel, she managed to attract enough subscribers to be considered as a prominent gamer YouTuber.

With decent subscribers on her channel, she came views and she had already become a notable YouTuber, at least among people who love the life simulation game series ‘The Sims.’ Currently, she has garnered more than 914k subscribers and 212 million views from all its videos. She creates PG Sims content, but The Sims is rated T for Teen and her videos are aimed at teens and young adults.

Two of her best videos on the channel are “I left The Sims unpaused all night by accident and THIS is what happened…,” and “Spinning a Wheel to Decide My Sims Build.” The first video has garnered more than 1.5 million views and has become one of the most viewed videos among others. Similarly, the second video has garnered around 1 million views. 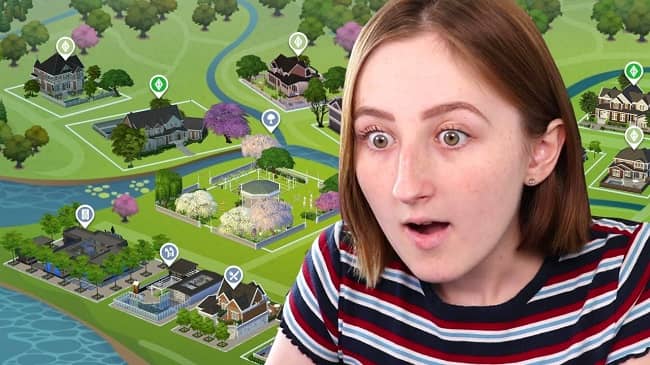 Apart from gaming video series, she even posts vlogs, reaction videos, and other kinds of videos to keep her viewers interested. She also has a  secondary YouTube channel, moresimsie. In this channel, she currently used as a place to upload stream VODs (videos on demand), but it originally used as a second channel where she played other games.

She has also uploaded a video of her taking pop quizzes with her friend titled, “Who’s my YouTube Boyfriend?.” However, it has been deleted/made private as of April 2018. She has even said that she recorded a few episodes of her playing Kitty Powers Matchmaker with her sister but has never shared them.

On September 1, 2017, she posted a video titled Not So Berry Challenge VOD and has continued uploading every VOD of hers since. As of now, her second YouTube channel has garnered more than 148K subscribers with almost 39 million total views.

Her success in the two of the Youtube channel encouraged her to create another channel, which she did on March 31, 2017. Then, she uploaded a Podcast Teaser on her channel, Hey Simsie!, on July 30, 2017. and shared the first full-length podcast the following day. The episodes normally revolve around stories about her life, and she frequently has her friends or family present as guests.

Sadly, the podcast is currently on hold due to her busy college, YouTube, and Twitch careers. She has addressed the end of the podcast occasionally during her Twitch streams, stating that she didn’t have time to continue it. In addition to this, she has once stated that daily streaming took over in place of the podcasts. But, she has quit posting on her podcast channel this channel has not been active since 2018.

With more than 236,000 followers, She is also popular on Twitch, where she streams videos almost every single day. Further, she is also active on Twitter and Instagram as well, where she has over 126k and 116k followers respectively. She is also famous for uploading podcasts on platforms, such as Sound Cloud and iTunes.

Thus, she is already an important internet star with a decent number of followers across various social media platforms, who are set to achieve much more in the virtual world. In 2018, she almost missed winning the prestigious ‘Streamer of the Year’ award.

She is a famous YouTube gaming personality with her Three YouTube channel. However, she is only active on two of the channel, she is collecting good hundreds of a thousand views on each of the videos. Her main source of income is considered as her YouTube channel. Collectively through her channels, her estimated net worth is around $2 million.

Kayla Sims is not single and currently in a beautiful relationship. Likewise, she is dating Dan also known as DuckDan since 2018. The duo looks so adorable together in the pictures they shares. They often share their photos through social media handles on their respective accounts. Their lively mesmerizing bonding seems to take their relationship forward in the coming future. 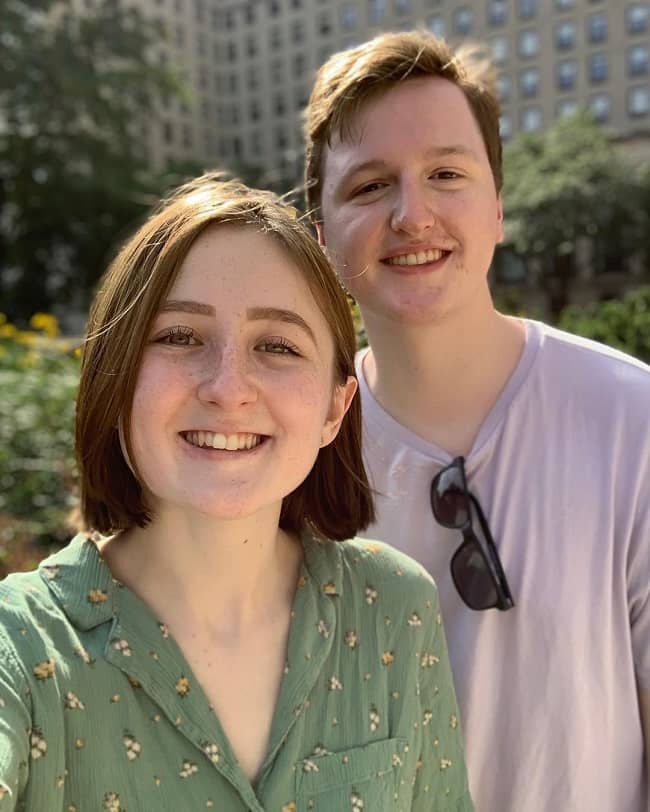 Caption: Kayla Sims posing or a selfie with her boyfriend, Dan (Source: Instagram)

Moreover, many of her fans had assumed that she had come up with her last name because of her love for ‘The Sims.’ But on the personal note, she clarified by saying that ‘Sims’ is actually her last name and that her love for the game does not have anything to do with her name.

Further, her family owns three dogs, three cats, bunnies, turtles, and birds. Currently, she stays in Orlando, Florida, where she has rented an apartment along with her friend Jill.

Apart from that, she has maintained a successful beautiful image on her social media handles and not let hamper through any kind of negative rumors and controversies.

Kayla Sims is beautiful and has a charming personality with a beautiful bright smile. She stands at a good height which suits her body weight. And she has shoulder-length brown hair with a pair of attractive green eyes. Further, there is no other information regarding her height, weight, and other body statistics.