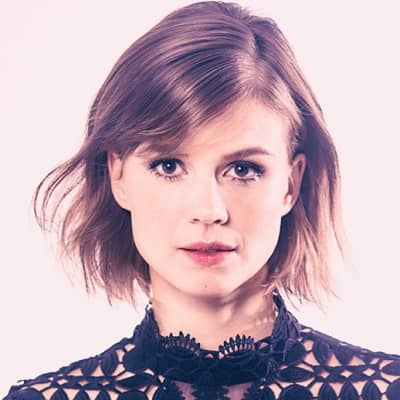 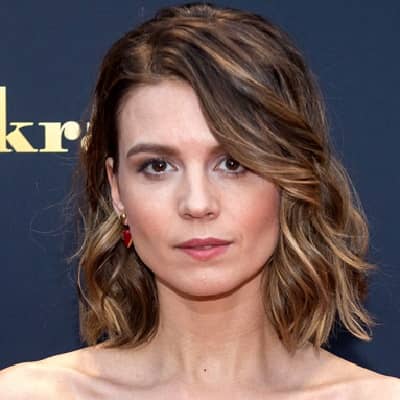 Katja Herbers was born as Katja Mira Herbers on 19 October 1980 in Amsterdam, Netherlands. She is 42 years old. Her mother is Vera Beths, a violinist and her father is Werner Herbers, oboist and conductor.

She spent her childhood in America accompanying her mother on tour with the group L’Archibudelli.

Later, her mother remarried to cellist Anner Bylsma, and her father remarried to costume designer Leonie Polak, who introduced her to the theater. Growing up, learned to speak Dutch, German, and English as she had a Canadian au pair.

Her birth sign is Libra and she holds Dutch nationality. 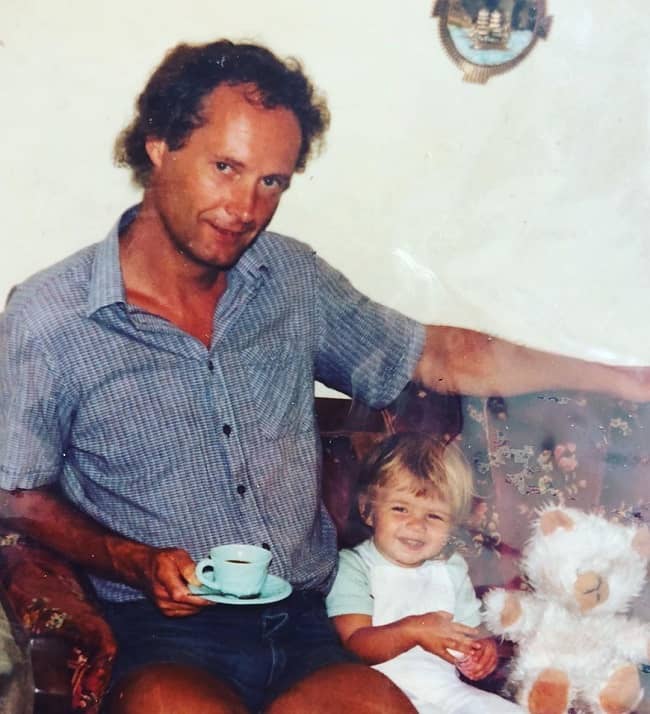 Caption: Katja Herbers in her childhood days with her father. (Source: Instagram)

Regarding her education, she went to the Ignatius Gymnasium in Amsterdam. She went to the University of Amsterdam (1999–2000), where she studied psychology. At the same time, she also attended the local theatre school De Trap.

Then she moved to New York and attended HB Studio. Eventually, she got accepted to the Academy of Theatre and Dance, which was previously named de Theater school, in Amsterdam (2001–2005).

Katja has not shared any detail about her love life. She is probably still single and is not in a relationship with anyone. There is no information regarding her ex-boyfriends, past relationships, past affairs, and previous engagements.

Also, there are no rumors about her relationships. She is focusing more on her acting career. 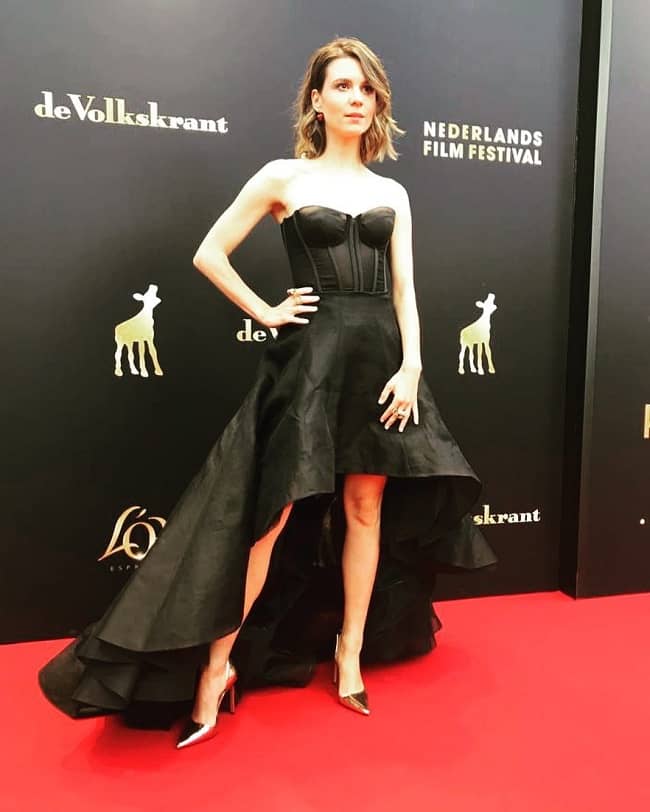 She starred in the films Peter Bell (2002) and Brush with Fate (2003) which was during her studies. After her graduation, Katja became a member of Johan Simons’s Theater Company NTGent in Ghent. Then, she joined the renowned Munich Kammerspiele in Germany.

She worked with directors such as Alex van Warmerdam, Ivo van Hove, and The Boermans. Moreover, she performed many Schnitzler plays, under the direction of The Boermans, even including his monologue Fräulein Else, for which she received rave reviews. 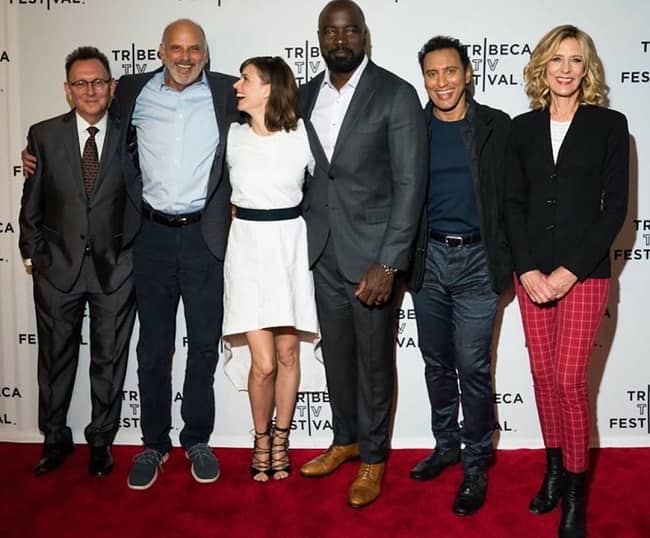 Similarly, she played a lead role in The Boermans’ De Uitverkorene (2006), which won an International Emmy and the prestigious Prix D’Europe.

In 2013, she performed the piece Im wunderschönen Monat Mai, 21 songs after Schubert and Schumann, with pianist, conductor, and composer Reinbert de Leeuw.

Also, she played a recurring role in the third season of FX’s The Americans. In 2018, she joined the cast of the HBO science-fiction drama series Westworld, starring as Emily.

Likewise, in fall 2019, she began starring as Dr. Kristen Bouchard in the CBS supernatural drama series Evil. She divides her time between New York, Los Angeles, and Amsterdam.

Katja won the Guido de Moor Award for young talent, for her portrayal of Irina in Chekhov’s Three Sisters in 2013. Likewise, in February 2014, she won the role of physicist Helen Prins in WGN America’s drama series Manhattan.

Katja is very active in her social media accounts and keeps her fans updated about her lifestyle. Her Instagram account is @katjaherbers which has 37.5k followers and her Twitter account (@katjaherbers) has 22.3k followers.

Her estimated net worth is $1.5 million US. In addition, her 2012 movie Suskind had a box office collection of € 6 million US. Being an actor, her average salary is between $19k-$210k US.