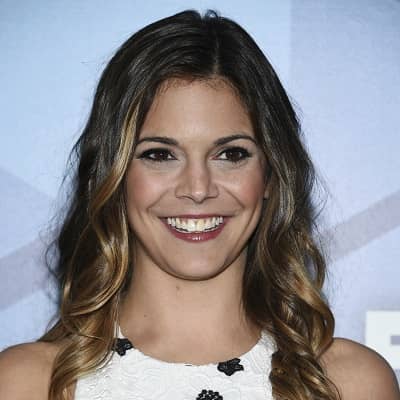 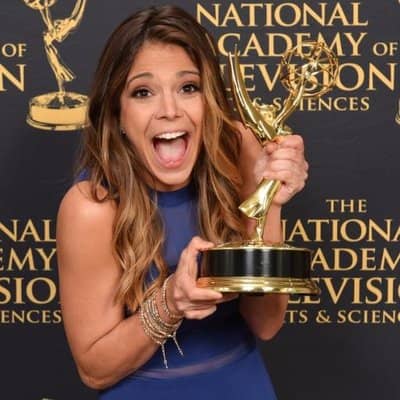 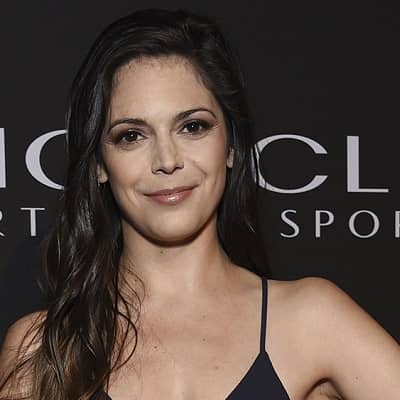 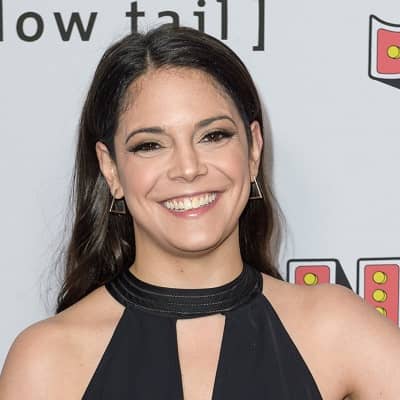 Katie Nolan was born on 28 January 1987 and she is currently 35 years old. She hails from Boston and grew up in Framingham, Massachusetts. In the year 1997, she won two gold medals in rhythmic gymnastics at the Junior Olympics at the young age of 10 years.

Talking about her education, she graduated from Framingham High School who graduated in the year 2005. For her higher studies, she attended Hofstra University.

Moreover, her full name is Katherine Beth Nolan. Also, she has a pet dog named Myrtle, who is a half retriever and half collie.

Talking about her family, her father’s name is Mike Nolan and she also has a brother named Kevin Nolan (@somehandsomeman). Although she has shared old photos of her mother, she has not mentioned her name. 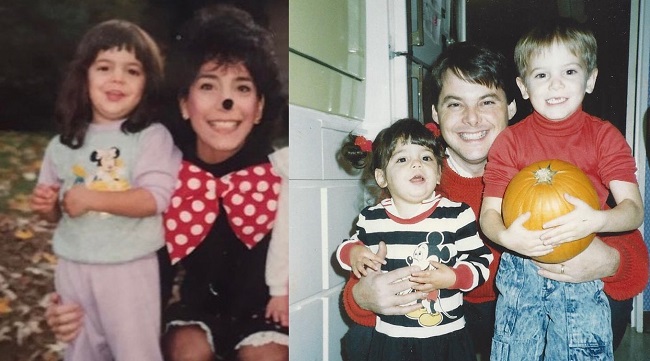 Professionally, Katie Nolan is a multitalented personality. More precisely, this personality is a sports television host, podcaster, comedian, and internet personality. At present, she creates short-form content at NBC Sports.

She is also a former podcast host who also hosted a weekly ESPN podcast called Sports? With Katie Nolan.

Moreover, this personality won a Sports Emmy Award in the year 2016. This was for her work in Garbage Time. She also received nominations for another award in the years 2019 and 2020 for Always Late.

Furthermore, she is also the writer and director of Speed Round and Pitch.

This famous personality has also set the Guinness World Record for the “most doughnuts stacked in a tower while blindfolded in a minute” with a record of 7. She set this record on 7 November 2018 in an episode of Always Late with Katie Nolan. 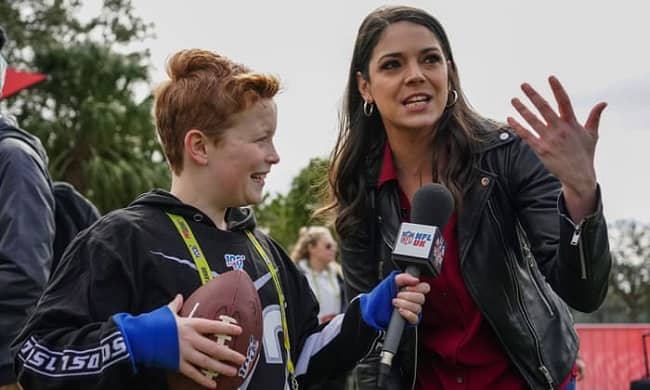 Caption: Katie Nolan was photographed with a young fan at ESPN’s Wide World of Sports Complex. Source: The Guardian

Moreover, in December 2015, this personality teamed up with United Airlines for Big Metal Bird. It is a new web-based series of videos that explain some of the inner workings of various facets of United Airlines.

Additionally, this personality has also appeared in 3 episodes of the program Drunk History.

Similarly, on 30 January 2019, this personality talked about the Black Sox Scandal involving the fixing of the 1919 World Series. Additionally, Nolan joined NBC Olympics in time for the 2022 Winter Olympics that started on 3 February 2022. 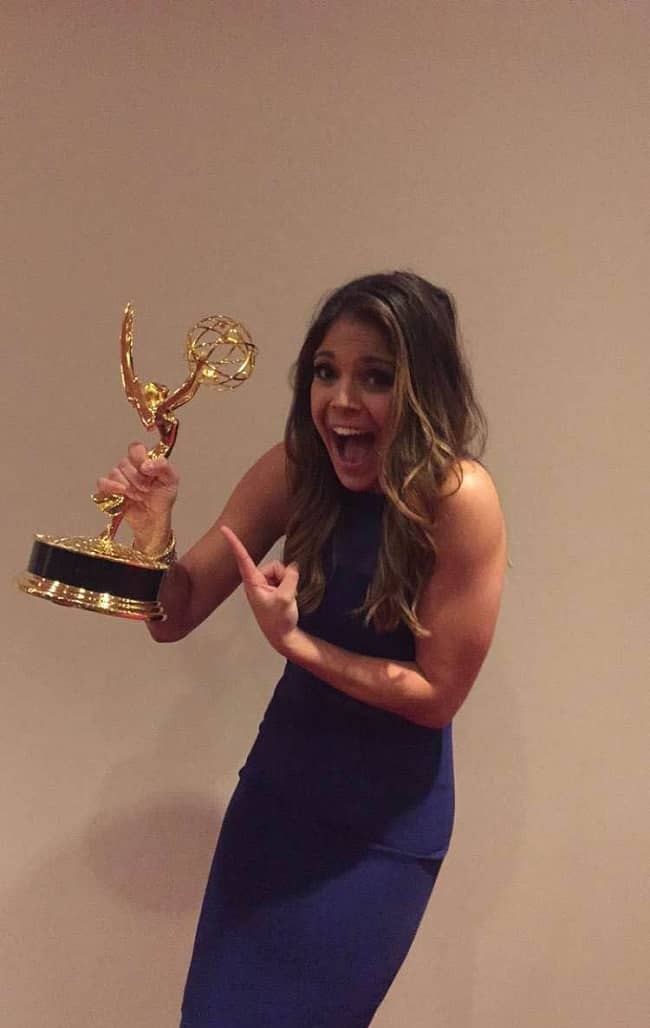 Caption: Katie Nolan posing for a photo with her award. Source: Awful Announcing

Katie Nolan is in a romantic relationship with Dan Soder. Her lover is a famous stand-up comedian, actor, and radio personality hailing from the USA.

Likewise, people recognize her lover best for his frequent appearances on Guy Code and the recurring role of Mafee on Billions since 2016. Moreover, Dan is also the co-host of The Bonfire with fellow comedian Big Jay Oakerson since 2015.

Her lover has also appeared in her shows – Always Late with Katie Nolan and Sports? With Katie Nolan. Their relationship was confirmed in May 2020 through her show itself. 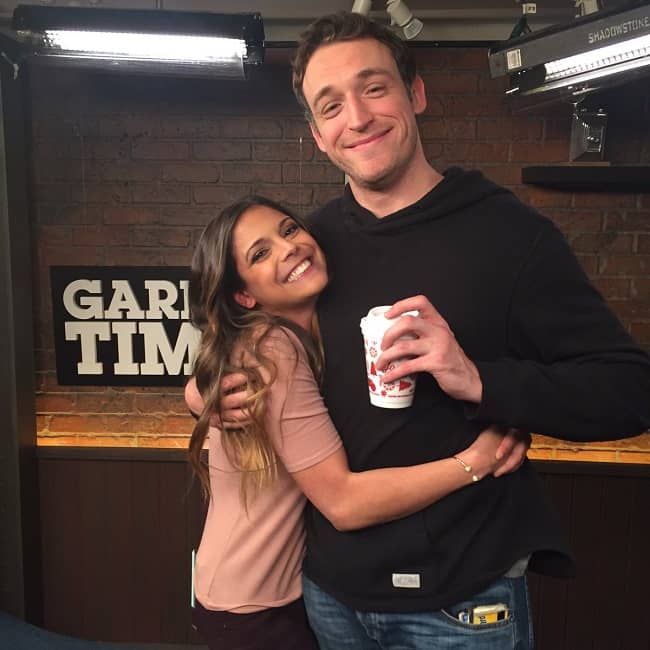 Caption: Katie Nolan posing for a photo with her lover – Dan. Source: Twitter

Katie Nolan stands tall at an approximate height of 5 feet 5 inches or 165 cm. Likewise, this American personality has a bodyweight of 126 lbs or 57 kgs.

On the other hand, this podcaster has a chest-waist-hip measurement of 33-24-35 inches respectively with dark brown eyes and hair of the same color.

Talking about her social media presence, Katie Nolan joined Twitter in April 2009 and so far has over 633.5K followers on her @katienolan account.

Likewise, she is available on Instagram under the username @natiekolan. As of February 2022, this account boasts 391k followers.

Likewise, her “Katie Nolan” Youtube channel has so far earned more than 75.4K subscribers and 23.1 million views since its creation on 12 March 2014.

Additionally, she is also available on Facebook where she has garnered more than 126K followers. Moving on, this multitalented American personality has a net worth of around $1.5 million US dollars.