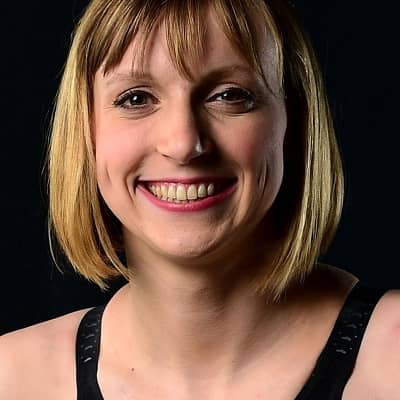 Katie Ledecky is the most decorated female swimmer in the history of the Olympics in terms of the number of gold medals. This genius American swimmer Katie Ledecky has participated and bagged many awards and medals in international competitions around the globe. Having won 7 Olympic gold medals and 15 world championship gold medals, she is considered as greatest female swimmer of all time.

Katie Ledecky was born on March 17, 1997, in Bethesda, Maryland, United States of America. It makes her 25 years old today. Her full name is Kathleen Genevieve Ledecky. She was the second child of David Ledecky and Mary Hagan. His father David is a lawyer and his mother Mary Gen is a former collegiate swimmer and hospital administrator. She has an elder brother Michael. Astrologically, her zodiac is Pisces and she follows Christianity. She holds an American nationality and belongs to the Caucasian ethnicity.

Looking toward her academic journey, she completed her schooling in a local school in her hometown. And later enrolled in Georgetown University. He even went to Stanford University. Katie earns a good fortune and is living a luxurious life. Her main source of income is being a professional swimmer, performing at club levels in national competitions along with international tournaments as well. Apart from it, she is also active in charities, such as Catholic Charities, Shepherd’s Table, Bikes for the World, and Wounded Warriors. Her total net worth is about $4 million US Dollars as of 2021.

At a young age, she has been able to establish herself as a successful swimmer with a legacy.  She actually started at an age of 6, following in the footsteps of her older brother Michael. She had made lots of appearances in high-profile competitions both in national and international arenas. Her first international break came in the year 2012.

After competing at the local and national levels, she set the target to go among other countries around the globe. She exploded with flying colors in the 2012 Olympic trials and became one of the youngest swimmers at the meet. The 15-year-old secured her chance in the 2012 Olympic games. Quite surprisingly, despite her age, she won gold in her debut international tournament. To add to it, she even broke the long-standing national record set by Janet Evans.

This year saw her performing and setting world records at the 2013 FINA World Championships in Barcelona. She set records in both 800 and 1500 freestyles. Besides it, she set an American record in the 400 too. She won gold in the 4×200 freestyle relay. The year too continued for her shattering records hither and thither. She competed at the 2015 World Championships in Kazan, Russia. She won 400 freestyle and 1500 freestyle and even set another world record in it. Along with US teammates, she won another gold medal on the 800m free relay. Further, she was victorious in 200 freestyle too.

Katie was undoubtedly sure to start in the women’s US swimming team. She won all 200m, 400m, and 800m freestyle in trials for Rio Olympics 2016. In the Olympics, she shattered yet another record in 400m freestyle and won it. She helped her team to win 600 meters too in front of Australia.

Katie performed in the 2019 FINA World Championships. The tournament saw her marking her first loss in the final since 2012 and settling for silver in 400 freestyle. Later in 2021, she participated in Tokyo Olympics after giving a fine performance in the trial. There she earned silver in the 400m freestyle. She also won silver 4×200 free relay, behind China. Moreover, she won gold in the 800m freestyle final making her the most decorated female swimmer in Olympic history. Katie Ledecky is a very ambitious and goal-orientated person. Her insatiable appetite for swimming has led her to achieve a lot more previously also and will be achieved in the coming future too. For now, talking about her personal life, she has not disclosed much about herself. She might be unmarried and single. She is straight regarding gender choices. Further, she does not have any children also. The swimming genius has never been involved in any kind of controversy too during this time.

Katie has built a strong physique. Apart from it, she does have a beautiful appearance too. The swimmer has a height of 5 feet and 11 inches. Her weight is 55 kg. Her total body measurement is about 34-25-35 inches. The color of her hair is blonde and she has hazel green colored eyes.